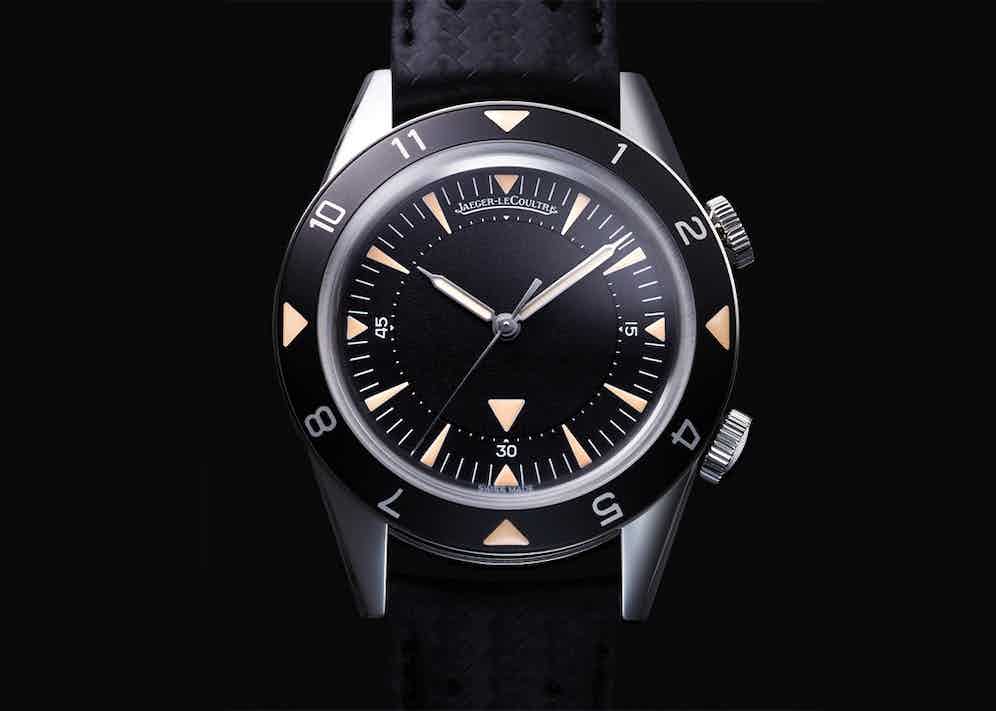 The alarm functionality is arguably one of the most important and useful ones in our lives; and one that most of humanity uses everyday, sometimes even several times a day. With the advent of technology and smartphones, people can now easily track and remind themselves of the important events or appointments of a day, time the cooking duration of a dish, and of course set the morning alert which will signal the start of a new day. 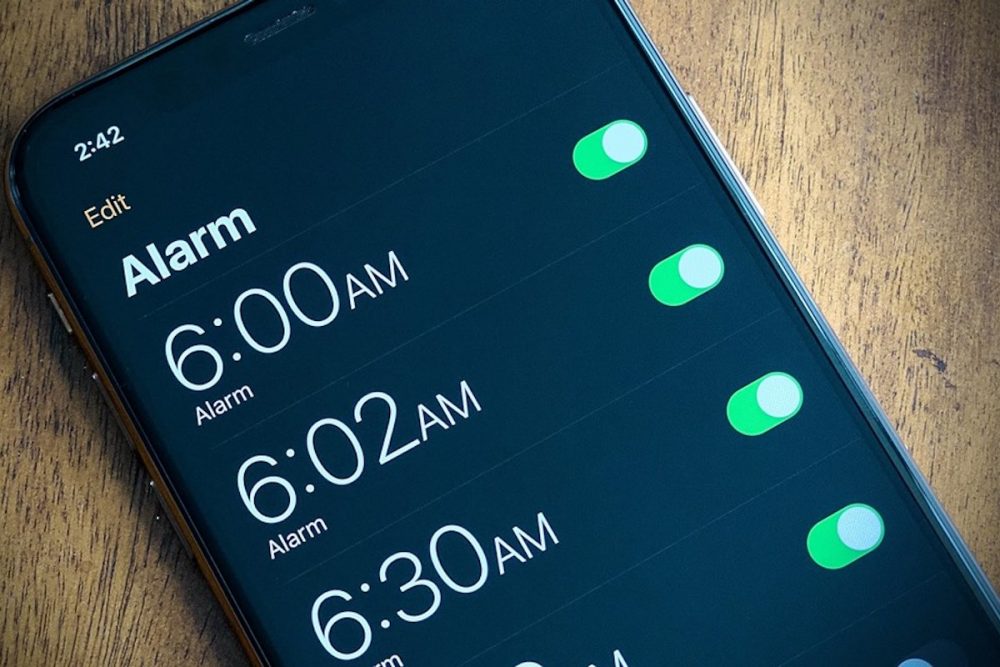 With today's smartphones, it is easy for anyone to set multiple alarms and reminders.

In today’s times then, a mechanical alarm serves very little purpose compared to its digital counterpart. But what it lacks in versatility, it gains in charm and fascination, and links humankind to a vastly different time from the one that we are accustomed to.

Although the concept of an alarm signal can be traced all the way back to Ancient Greece and philosopher Plato, when it comes to mechanical watches, the first watch to receive a mechanical alarm function was the Vulcain Cricket in 1947. To ensure that the alarm function would be loud enough for the wearer, Vulcain opted to use a double caseback system to guarantee that the alarm would resonate properly without affecting and adding excessive thickness to the timepiece. 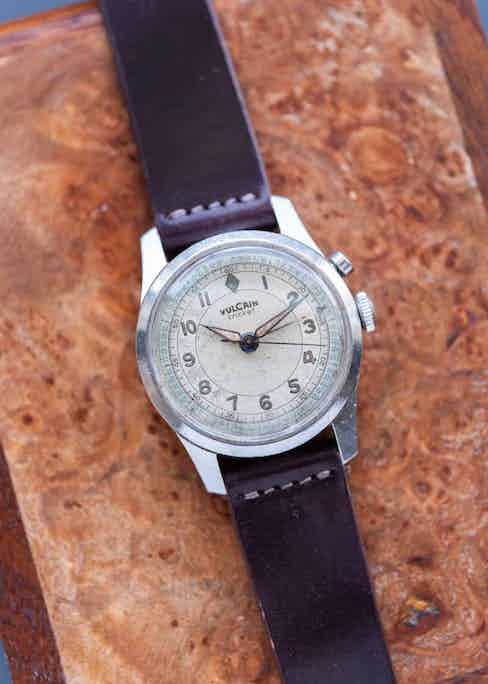 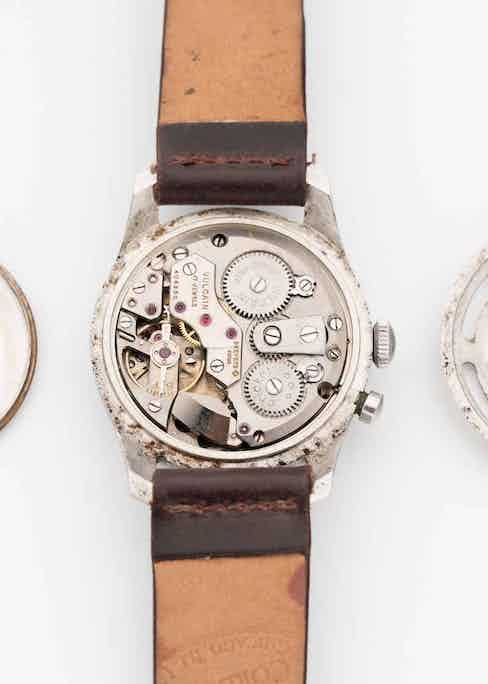 In 1950, Jaeger-LeCoultre followed suit by creating the Memovox, a watch with a mechanical alarm designed to accompany the inspired minds of the post-war era. It was powered by the manual-wound Calibre 489 and featured two crowns to separately set the alarm and the time. 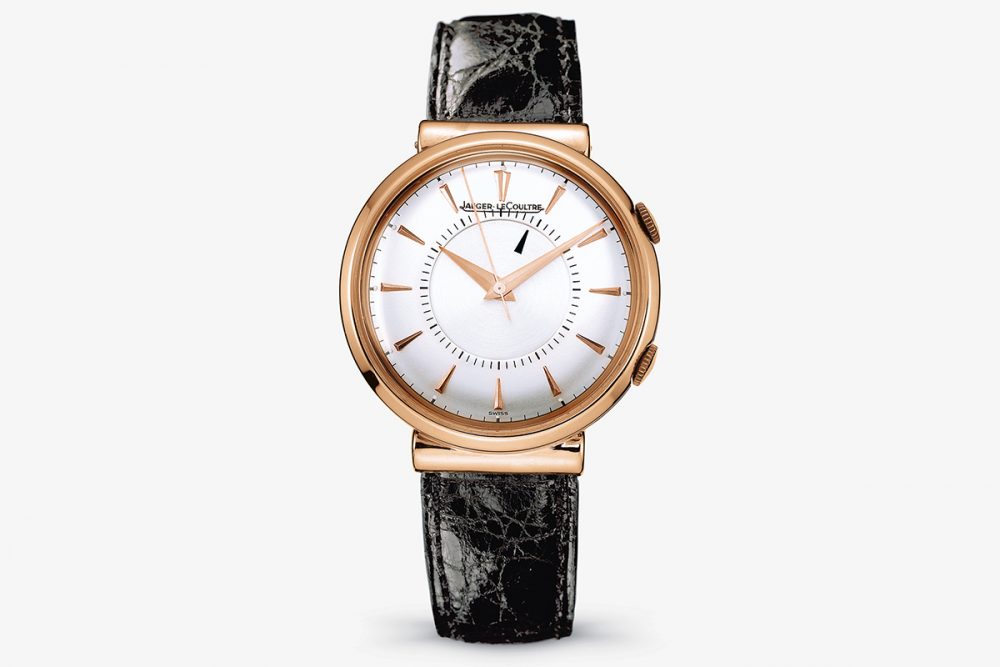 The original Jaeger-LeCoultre Memovox was launched in 1950 and featured two crowns to separately set the alarm and the time.

JLC described the function of the Memovox as a watch that "remembers, notifies and awakens," kind of a companion for those tireless personalities who, at the dawn of the second half of the past century, focused on creating value and multiplying productivity. It is no wonder that Memovox means "voice of memory.”

Little by little, the social and watchmaking value of the Memovox reached higher levels. Due to its functionality and elegance, the watch became quite popular. It reached its “celebrity status” when, in 1953, the authorities of the Canton of Vaud – the region where the Jaeger-LeCoultre manufacture resides right in the heart of the Vallée de Joux – gave a Memovox to a famous resident of the region: Charlie Chaplin, who lived not too far, in Corsier-sur-Vevey. 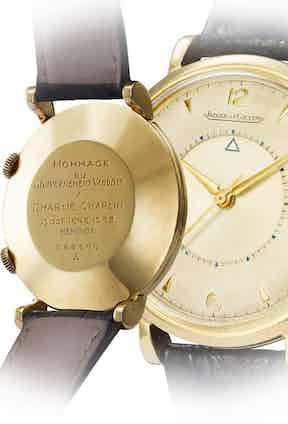 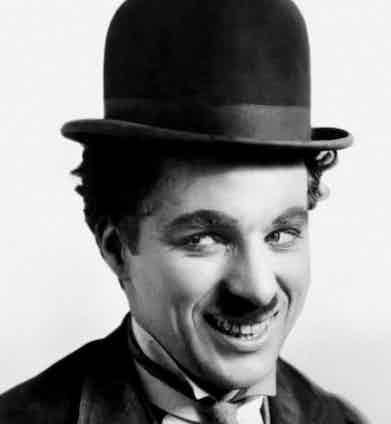 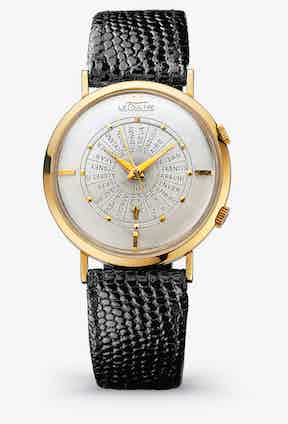 The watch became popular with white-collar workers but the maison decided to slowly take the Memovox in a different direction. A few short years after its initial launch, the Memovox was upgraded in 1956 with the automatic Calibre 815 thus making the JLC Memovox the first self-winding alarm wristwatch. No longer requiring manual winding, this started the shift where the watch became more appealing to sporty individuals and it began to appear on the wrists of people who favoured outdoor activities. Not for nothing, in the ‘70s, the advertising of the timekeeper read "Memovox, for the man of action.”

JLC's alarm wristwatch continued to be a major player of its era. Two special pieces were created for the 125th anniversary of the company, in 1958: the Memovox World Time and the Memovox Parking, which in effect reminded its user of the time remaining in the parking meter. 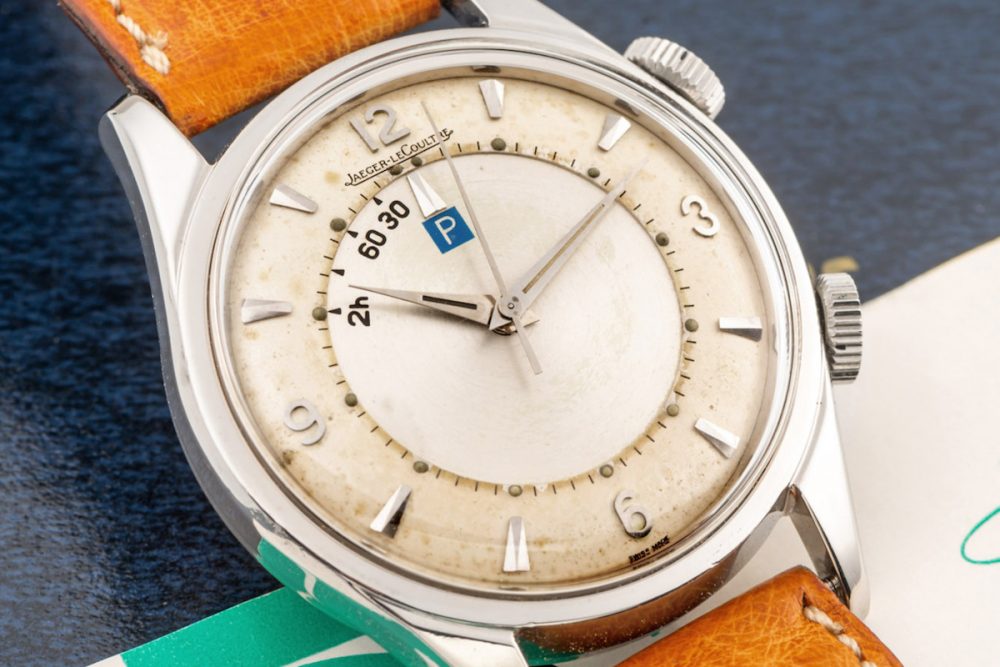 This mechanical alarm watch was the starting point of a history that has been perpetuated for 70 years throughout the assorted collections of the maison. Since its appearance in 1950, the Memovox, in all of its forms, has become a tool watch suitable for many circumstances, whether in the corporate world or under the mantle with which nature protects and envelops the most adventurous souls.

An Alarm in Deep Waters

1959 is the year when the Memovox plunges into the water and cements its position as one of the iconic diving watches of its era with the release of the Jaeger-LeCoultre Memovox Deep Sea. Powered by the Caliber 815, it became the first dive watch equipped with an alarm whose sound – rather, its vibration – was perceived underwater as an additional safety feature for divers to remind themselves when it is time to resurface. 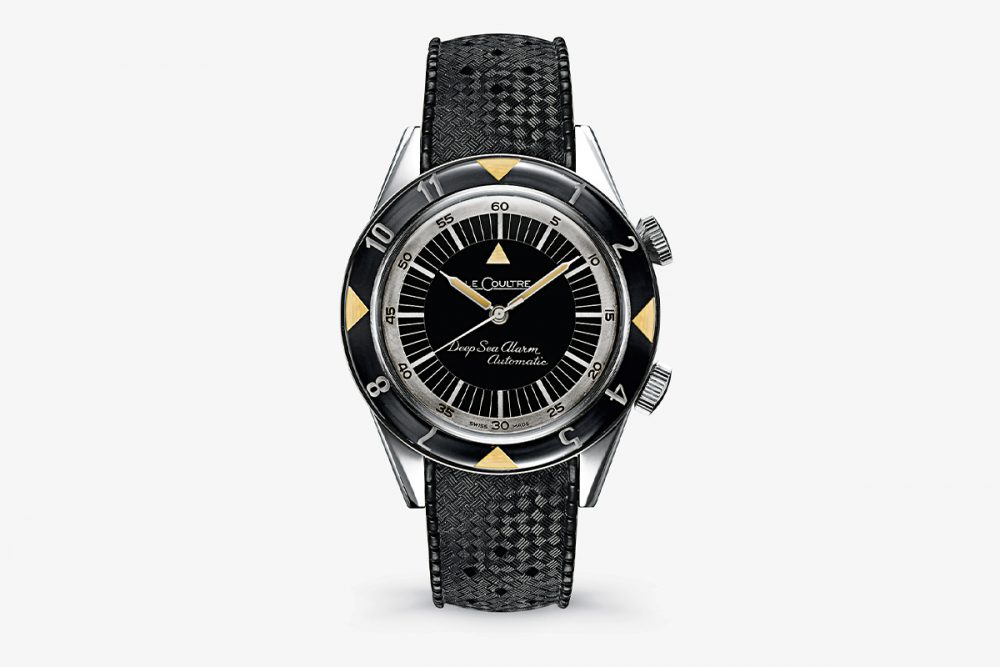 The Memovox Deep Sea arrived at a time (the 1950’s) when the world was passionate about exploration, whether that’d be underwater or in orbit. The Space Race was all the rage between the United States and Soviet Union, Jacques-Yves Cousteau – the most famous diver ever – wins an Oscar and the Palme d’Or at the Cannes Film Festival for his underwater documentary “The Silent World,” and the Rolex Submariner, Blancpain Fifty-Fathoms, and the Breitling Superocean all see the light of day.

In the Memovox Deep Sea, Jaeger-LeCoultre puts the unique alarm mechanism into a water resistant wristwatch. Therein lay the opportunity to bring an innovation into the world of dive watches, like no one had thought of before. Therefore, nearly a decade later, the Jaeger-LeCoultre Polaris Memovox finally arrived in 1968. The idea for this watch was born in 1962 from a deep-sea marine expedition, while the name “Polaris” originated in the United States in 1965, as an evocation of the adventurous spirit and a link with the deep sea. 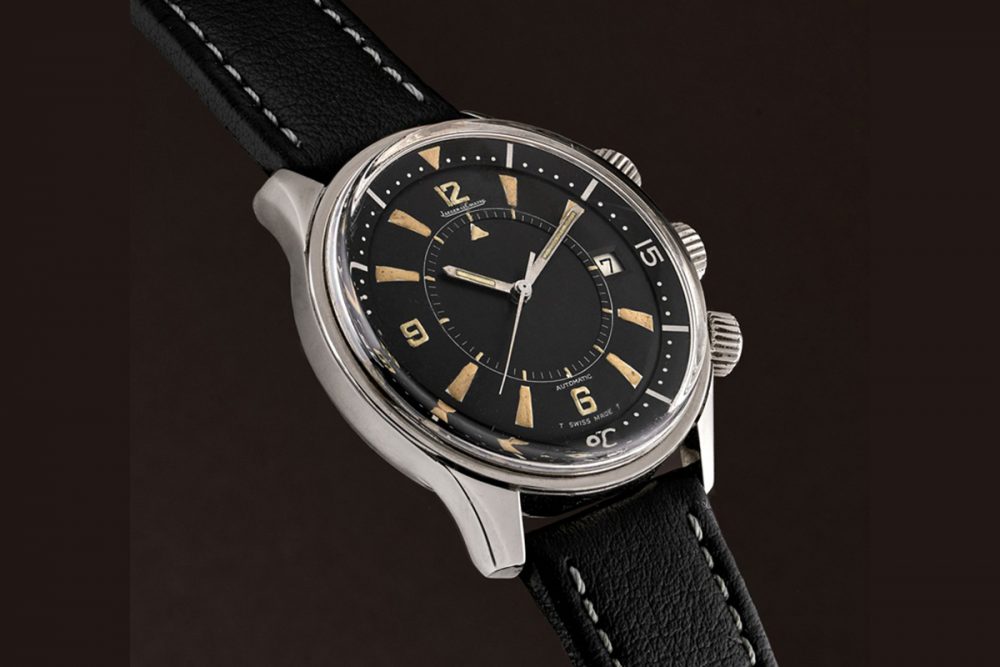 The Polaris Memovox is a dive watch, with an internal rotating bezel, hour, minutes and central running seconds; date and last but not least, the Memovox alarm mechanism. What this meant for dive watches, is that now, you didn’t necessarily have to keep looking down at your dive bezel, to keep track of elapsed time under watch any longer. You had the alarm function of the Polaris Memovox to remind you of elapsed time. As innovative as it was for its time, the Polaris Memovox had a remarkable triple caseback system that increased the volume of the alarm under water and prevented its sound from being muffled by the diving suit. The 1968 Memovox Polaris is the official forefather of the modern Polaris, hence the 50th anniversary celebration in 2018 and the launch of the well-rounded and affordable Polaris collection.

As forward thinking as the watch was in the realm of dive watches, the watch was unfortunately conceived right as the Quartz Crisis lay around the corner. Production of the Polaris Memovox was, as such, ceased in 1969. 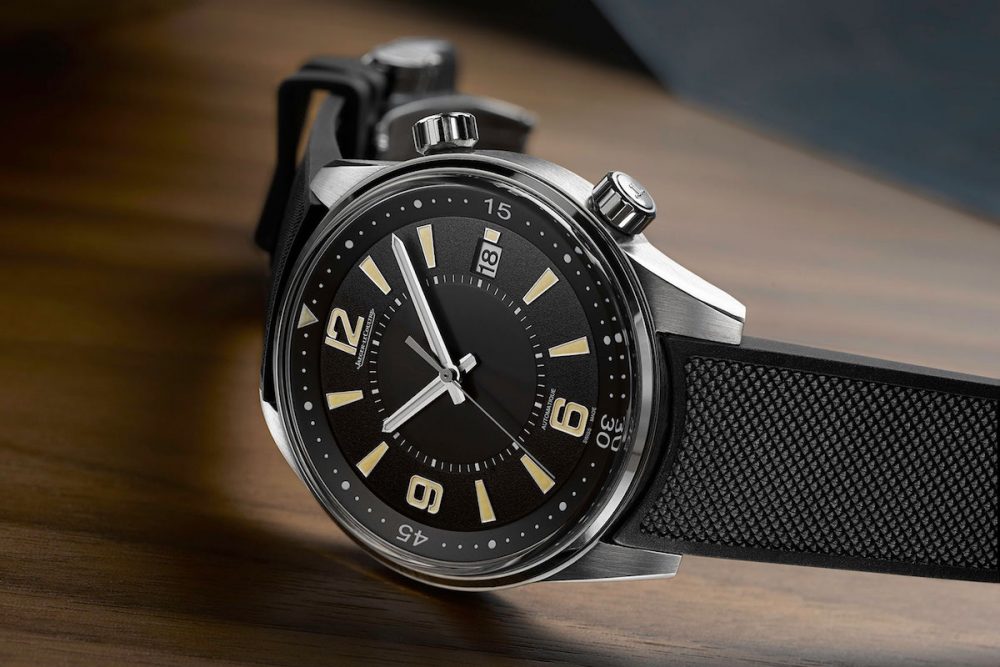 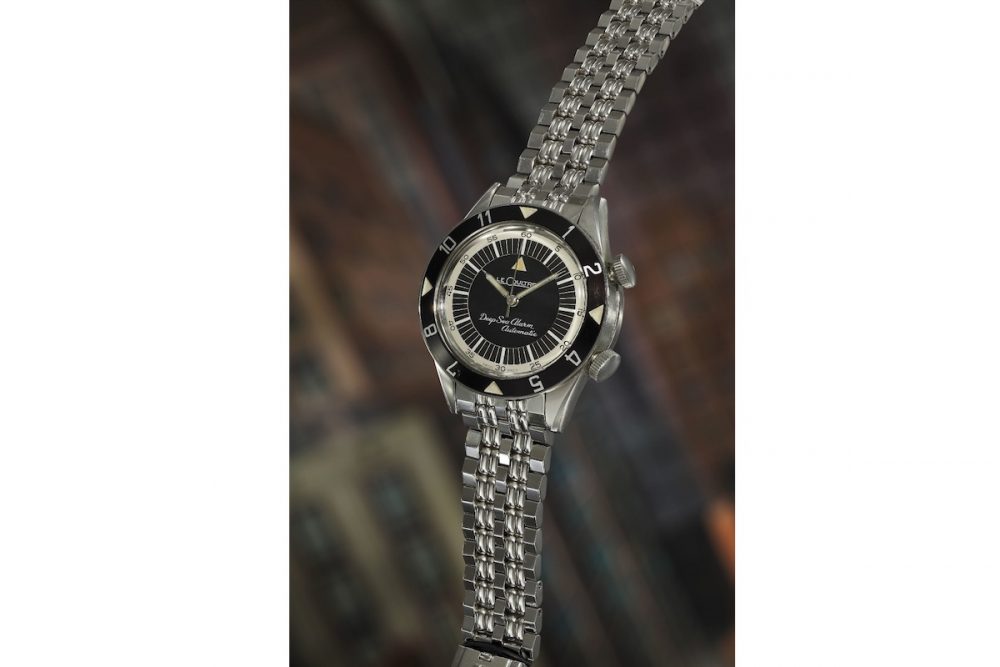 To satisfy the thirst of collectors for vintage diving watches, and to also pay homage to the brand’s innovative history in the field of dive watches, Jaeger-LeCoultre released the Memovox Tribute to Deep Sea as a limited series of timepieces in 2011.

JLC pretty much preserved the original Memovox Deep Sea aesthetics. The most notable change was obviously the movement, which in the Tribute is the tried-and-proven Jaeger-LeCoultre 956 (with 45-hour power reserve). The movement retains the famous two crowns, one for setting the time and the other for the alarm. 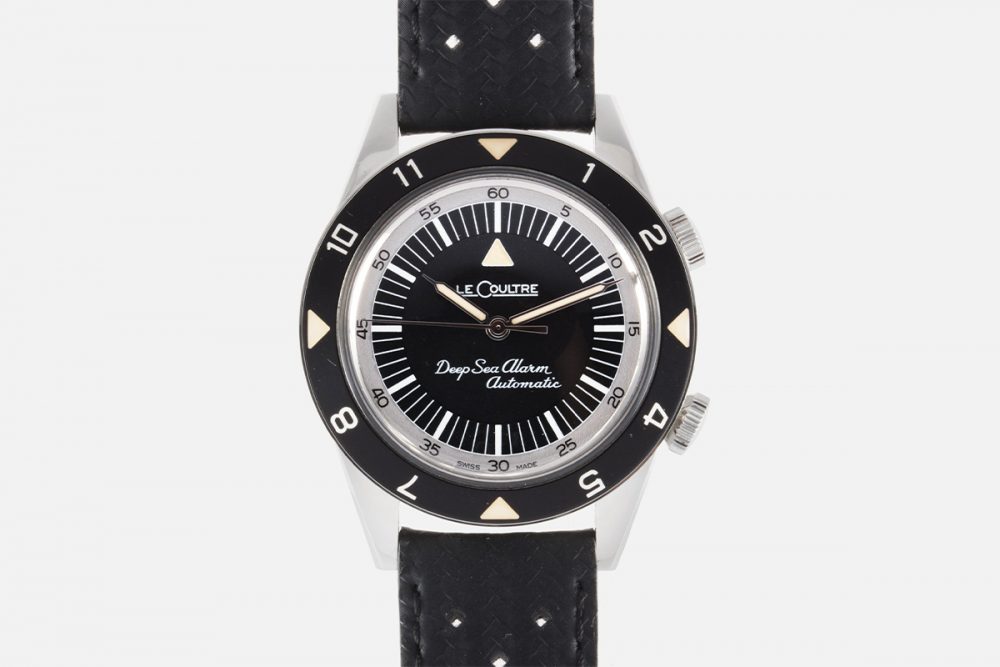 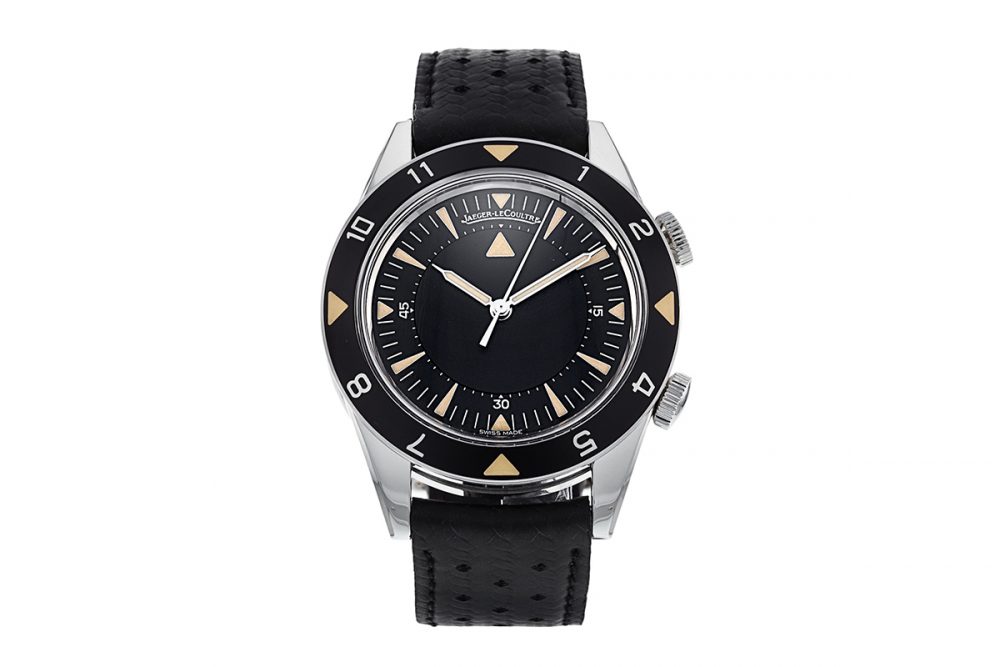 Interestingly, two versions of the Tribute were released to the market: a cleaner looking dial destined for the European market with the full brand name “Jaeger-LeCoultre” written on the dial (limited edition of 959 pieces), while the second version features a dial meant for the US market with only “LeCoultre” written on it (limited edition of 359 pieces). The reason for that is linked to the brand’s history as well. In the past, JLC was not allowed to use the “Jaeger-LeCoultre” name in the US for intellectual property reasons, and it is only later that the maison obtained the rights to use its full name in the US.

These Memovox “Tributes” come in a 40.5 mm steel case (water resistant to 100 metres) , just a hair larger than the original 1959 timepiece at 40mm. Likewise, it kept the black dial with discrete markings in yellow, rotating bezel with white numbers and yellow 15-minute markers and plexiglas front dome.

The present model we are listing via our partnership with Watchfinder features the cleaner European dial. The curved brand signage lurks stealthily at 12 o’clock and comes as a full set with box and papers. All in all, the Tribute to Deep Sea is a handsome re-issue of the original divers watch with mechanical alarm from 1959 and provides collectors with the opportunity to own a modern robust timepiece with a link to one of the most iconic dive watches.