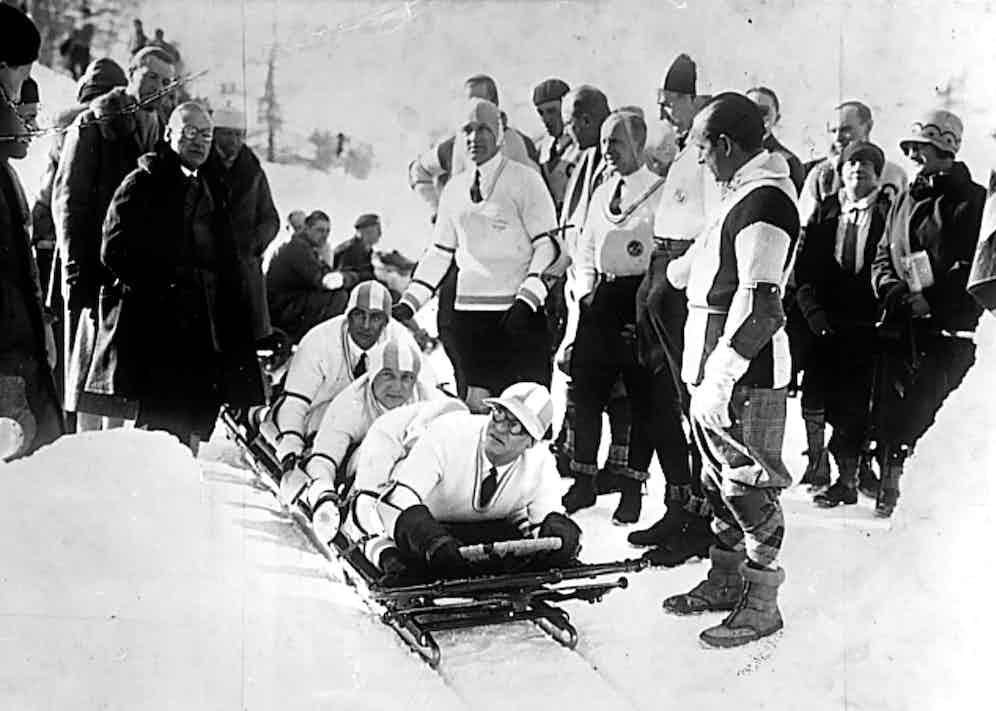 Four-man bobsleigh on the Cresta track at 1928 Winter Olympics in St. Moritz, 1928 (Photo by ullstein bild/ullstein bild via Getty Images)

Beginning with a spectacular light show that lit up the iconic Bird’s Nest in Beijing, the world is under no illusion that the 2022 Winter Olympic Games is fraught with controversy. Yet thanks to Baron Pierre de Coubertin, this pinnacle sporting competition has the ability induce hope, peace, and freedom for not only the athletes, but for the country they represent.

Directed by famed film-maker Zhang Yimou, Chinese President Xi Jinping arrived to the opening ceremony to a minute-long standing ovation. To fanfare and blasts of fireworks that lit up the freezing Beijing sky, Xi Jinping declared the Games officially open. It is a truly historical Games, not least because Beijing becomes the first city to host both the Summer and Winter Games, but also that the year of the Tiger coincides with the Olympics. Both the year of the Tiger and the Olympic year stand for ambition, courage and strength.

It is a Winter Olympics full of intrigue. Jamaica enter a four-man bobsleigh team for the first time in 24 years, whilst San Francisco-born freestyle skier and IMG model, who competed under the US flag before switching affiliations to China competes as the face of the Games. Norway are expected to top the medal table, whilst Team GB are expecting a return of between three and seven.

The Olympics stands for so much more than gold medals though. Firstly, its symbol, the five rings represent the five continents of the world. The Olympic motto was: Citius, Altius, Fortius, which is Latin for “faster, higher, stronger”. Coubertin said of this: “These three words represent a programme of moral beauty. The aesthetics of sport are intangible.” Added by the International Olympic Committee last year: “Together” joins the motto, which is a lovely ode to the most important thing in the Olympic Games, the participation in it. It is why unlike any other sporting event; the most extraordinary and unique stories are created from its platform.

It is also not just the Olympic torch that gives the Olympics flair, there have been countless Olympians of rakish appeal who have stamped their mark on and off the slopes. 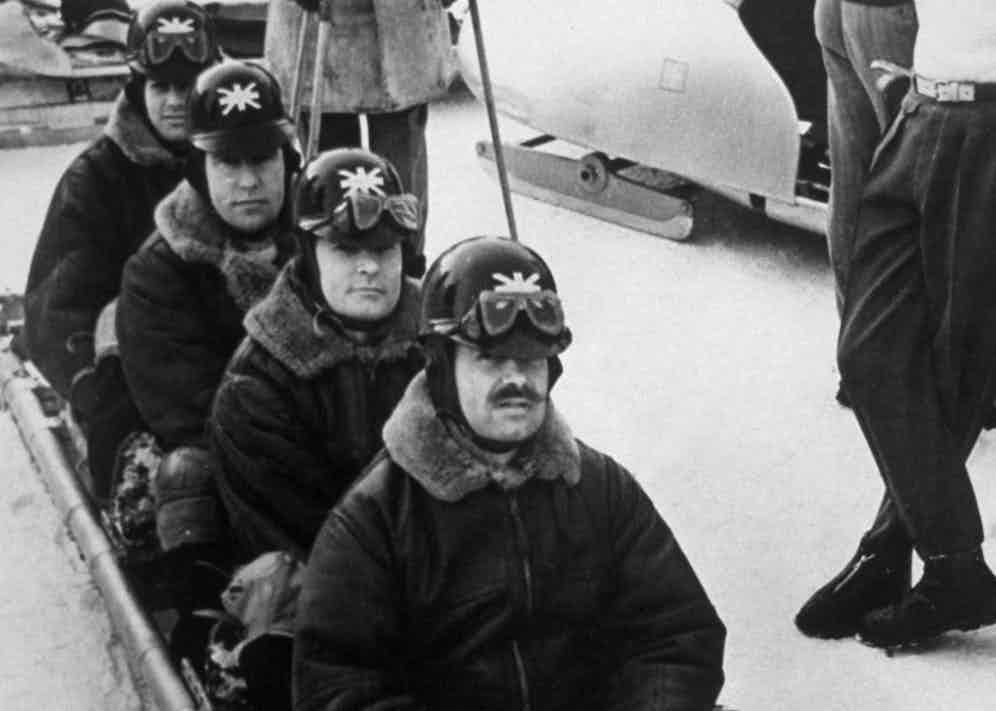 Owing to his uncontrollable desire for speed, Spanish aristocrat Alfonso de Portago was a jockey, bobsledder, flier, polo player, jai-alai expert and racing driver. A handsome twentieth-century nobleman-conquistador, he tackled the Grand National, Formula One and the Winter Olympics in 1956. Held in in Cortina d'Ampezzo, he was member of Spain’s first-ever bobsleigh team. He tasted some success a year later when he won a bronze medal in a bobsleigh world championship in St. Moritz. 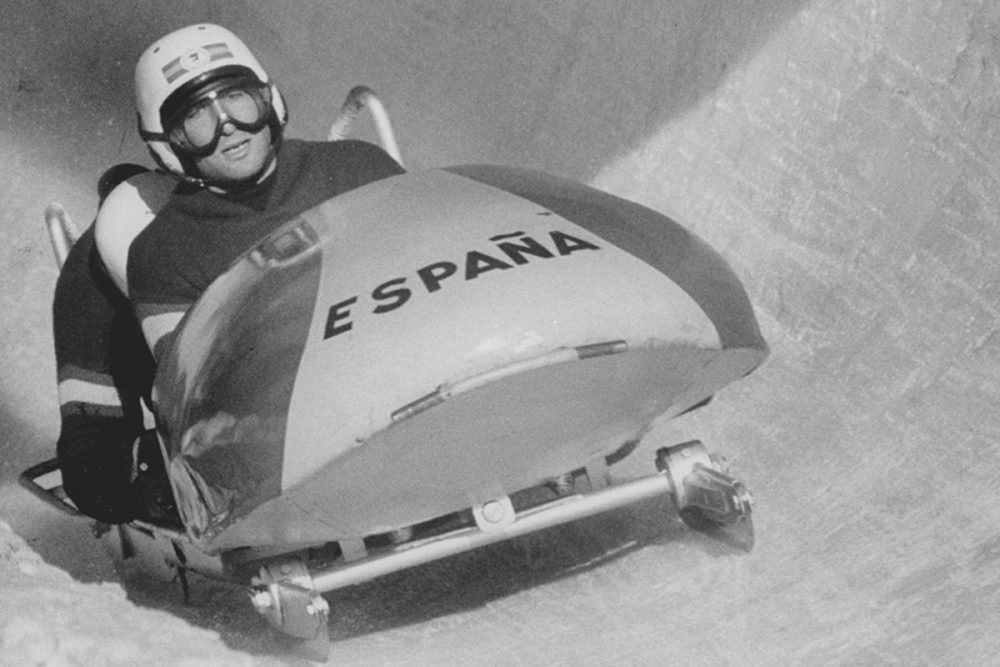 Nino Bibbia first came to St. Moritz aged 3. He eventually settled there and became a part of the winter sports scene, competing in bobsleigh, skeleton, ice hockey and ski jumping. When the Winter Olympics were held in St. Moritz in 1948, he was selected for the Italian bobsleigh team, and eventually also for the skeleton. In the latter event, he emerged victoriously on the Cresta Run, the first of 231 wins on that track. Nino Bibbia loved his sled so much that immediately after his marriage with Rosa Schmidt, the couple went down the bobsleigh course in a two-man bob. When the Winter Olympics came to Torino in 2006, one of the curves in the Olympic bob/luge/skeleton-course was named after Bibbia. In honour of his sporting achievements, he was awarded a Gold Medal by the Italian Olympic Committee. 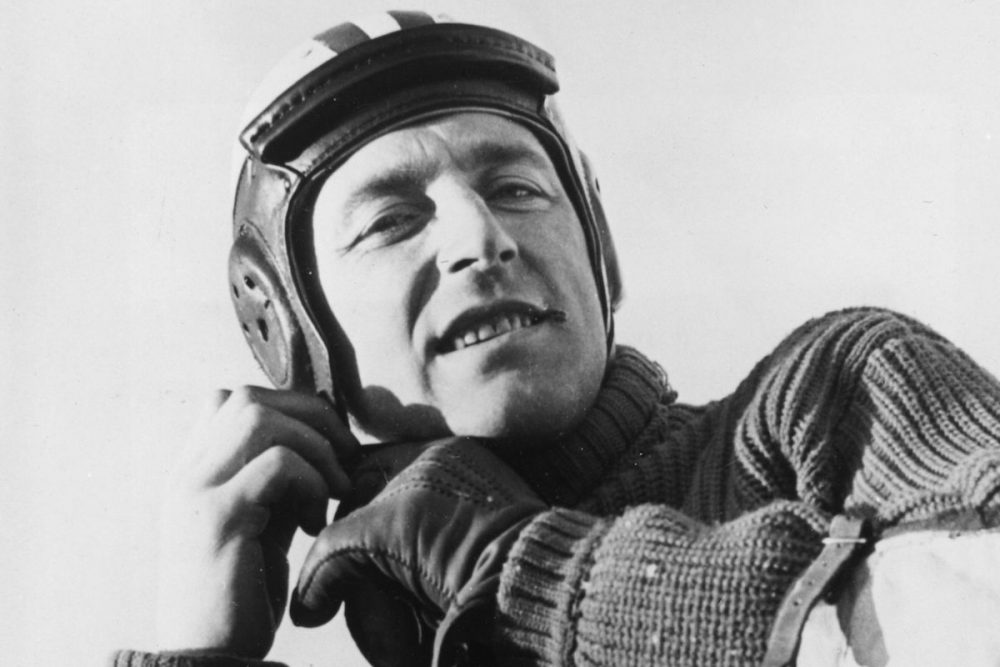 Nino Bibbia adjusts his helmet during the Winter Olympics at St. Moritz, where he won the gold medal in the skeleton event (aka Cresta Run). (Photo by Central Press/Getty Images)

“King Killy”, as he was widely known was not only a French Olympian, but as an Alpine skier he took a sweep of all three Olympic medals (downhill, giant slalom and slalom at the 1968 Winter Olympics in Grenoble. Like Portago he had a short career as racing driver, but he also made forays into film, starring as a ski instructor alongside Vittorio De Sica in Snow Job,1972. 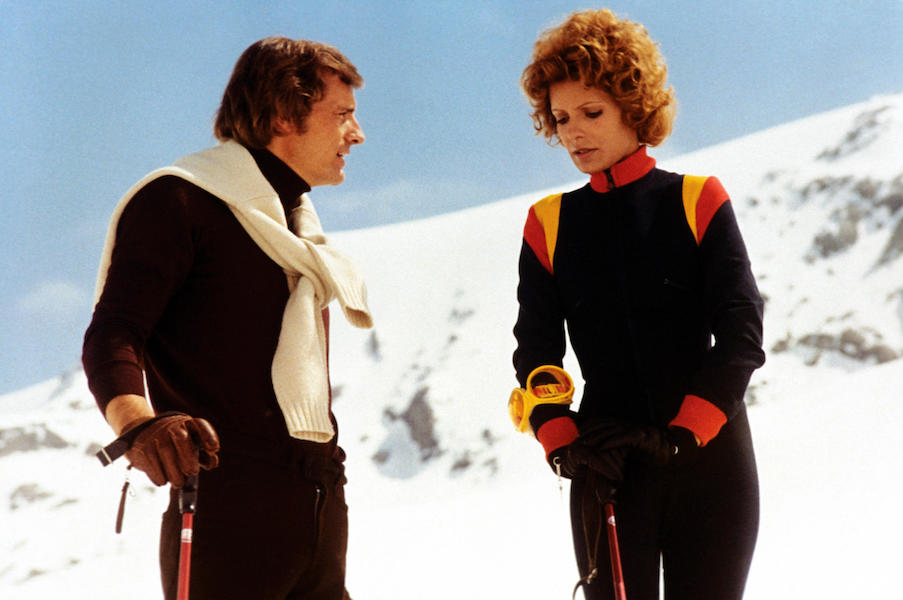 Son of Prince Rainier III and Grace Kelly, Prince Albert competed in the bobsleigh at five consecutive Winter Olympics for Monaco, taking part in both the two-man and four-man events. He was also Monaco's flag bearer at the 1988, 1994, and 1998 Winter Olympics, and has been a member of the International Olympic Committee since 1985, and his maternal grandfather, John B. Kelly Sr., and maternal uncle, John B. Kelly Jr. were both Olympic medallists in rowing. His ties to the Olympics don’t end there. He is married to Princess Charlene of Monaco – a glamorous former South African Olympic swimmer. 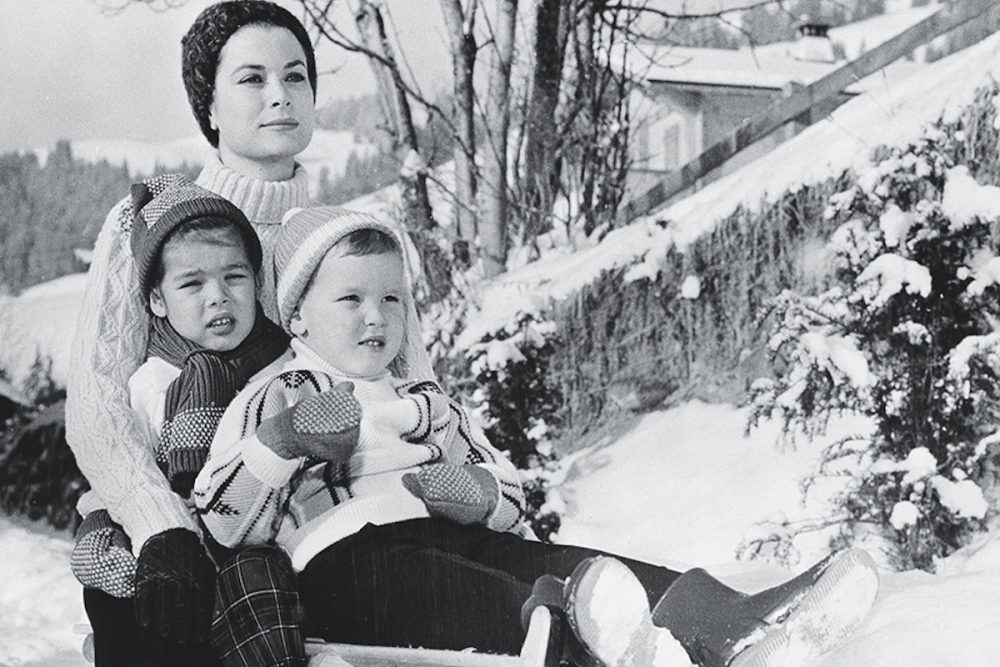 Princess Grace of Monaco with her children Princess Caroline and Prince Albert. (Photo by Popperfoto via Getty Images/Getty Images)