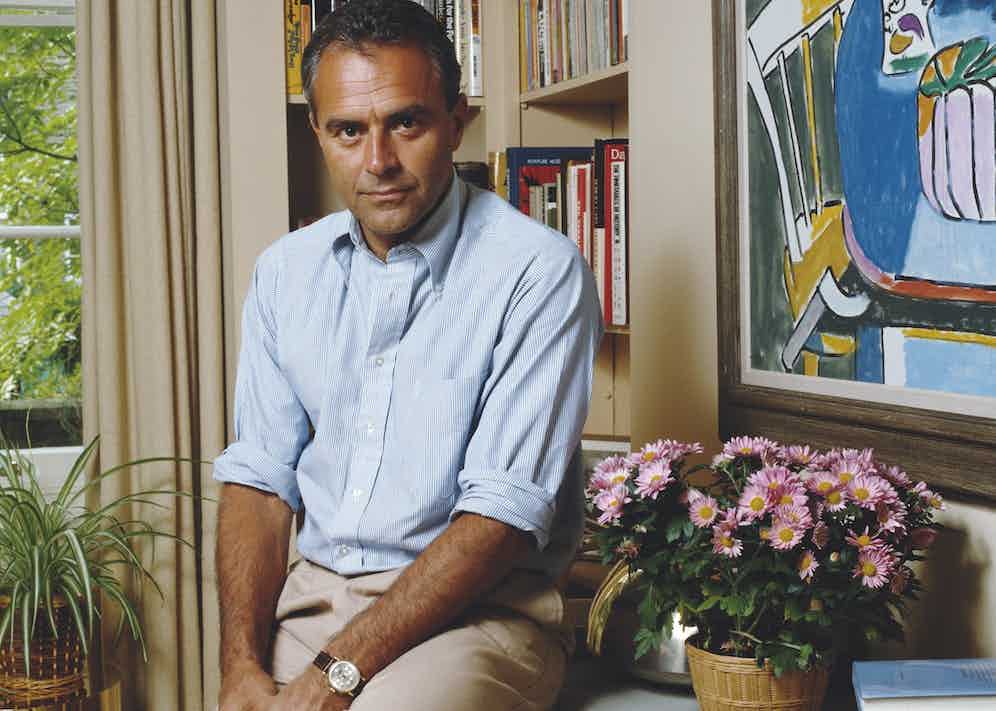 “The Child,” Wordsworth wrote, “is father of the Man.” This apparently oxymoronic truth explains much about Taki Theodoracopulos. As a schoolchild in America after the war, and while his fellow pupils were preparing for life at university, Taki was reading for the university of life, learning Tender Is the Night and A Moveable Feast by heart. “As soon as school was over, I headed for Paris, the south of France and the Alps in hot pursuit of Dick Diver and Papa Hemingway,” he says. Thus it was at an American prep school that he plotted the coordinates of one of the most colourful voyages through life of the last 60 or so years, during which time he has become both Hemingway and Fitzgerald while remaining very much himself: war correspondent, convicted drug smuggler, Davis Cup tennis player, ladies’ man, karate champ, raconteur, and friend to Agnelli, Onassis, Sachs, Rubirosa, inter alia... a survivor and celebrant of the generation often celebrated in the pages of this magazine.

But he is best known as The Spectator’s High Life correspondent: the Ogre, the Bogeyman with whom the liberal elite scare naughty children, much as in the early 19th century exasperated British parents threatened to hand over their unruly offspring to Boney. In the interests of health and safety, even potential adult readers are presented with a stern health warning. One anthology of his work informed the neophyte reader what they were in for: “People say he is a racist, a snob, a vulgarian, a sex-maniac, a cad, a fascist and a drunk.” If he had to declare his occupation on an official document it would be as the baiter of sententious and sanctimonious liberal opinion. And it cannot be denied that some of his work makes extremely uncomfortable reading, particularly in these inclusive times. Nevertheless, it is safe to say that the world would be a better place if all racists, snobs, vulgarians, sex-maniacs, cads, fascists and drunks were like Taki. 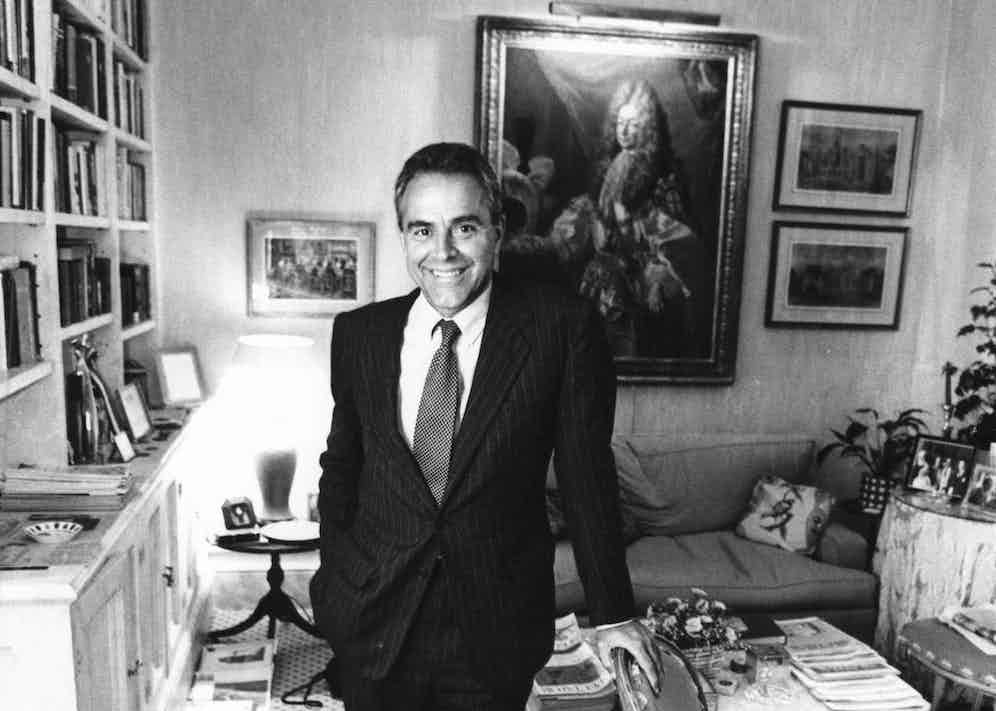 What you won’t find in the health warnings is the charm, the kindness, the loyalty, the humour, and the endearing self-deprecation of the man. I first discovered these qualities as a young editor on the London Evening Standard a little over 25 years ago, when I had the brilliant idea of commissioning a leader-page article celebrating the suntan, as a riposte to some sun-related health warning at the time. I got hold of Taki in Gstaad, and a couple of hours later a fax sent from the Palace hotel spewed out of the machine. He had turned out a sparkling journalistic soufflé (if soufflés can sparkle) that touched on the likes of Rubirosa, Bardot, Onassis, et al. But it was his sign-off that was most endearing:

Nick — it’s sloppy, but I can’t be bothered while on holiday. I’ve got to go out and get a tan, as I’m meeting K*** over the weekend. Please just refer to me as a Spectator columnist, none of this millionaire bullshit.

Whether he likes it or not, the “millionaire bullshit” is part of the Taki backstory. In his column he sometimes refers to himself as the poor little Greek boy, and the towering riches of the newly minted kleptocrats who clog his beloved Côte d’Azur today certainly overshadow his relatively humble fortune. But for the past eight decades or so he has jogged along comfortably enough. During his twenties he worked on his tan, his tennis, his skiing (he is the oldest life member of Gstaad’s Eagle Club), his karate and his polo, in order to keep him busy while waiting for the family money (ships and textiles) to cascade down to his generation. A typical day at the office in the 1950s was an early morning ride in order to work the polo ponies; tennis practice at the club; lunch poolside; a bit more tennis; home to dress for dinner; and then out on the Paris night.

He was such an habitué of the famous nightspot l’Elephant Blanc that when he had appendicitis and underwent surgery in Paris, the first man to visit him in hospital was the maître d’. “He came to see me because I used to go there every night,” Taki said.

It was where he first met Onassis, who was a generation older than him. “At the time I was chasing this Italian woman, who was a tremendous lesbian. He came in the Elephant Blanc, he looked at me, and for some strange reason he recognised me and said, ‘She is going to make you pregnant’, which was an oblique way of saying you’re in above your head. I think it was very, very funny.” 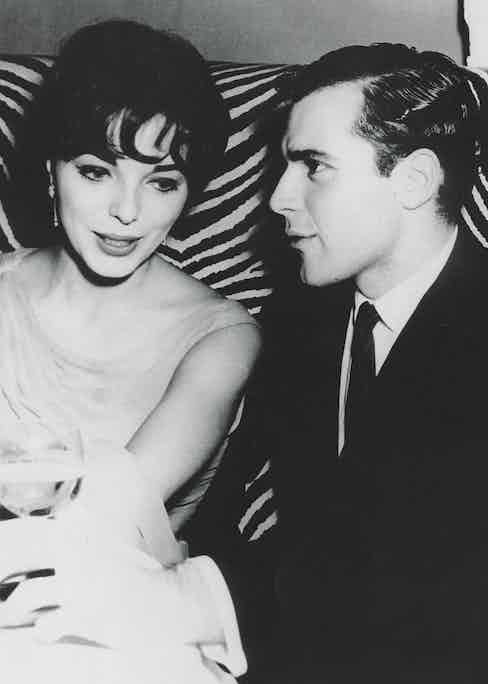 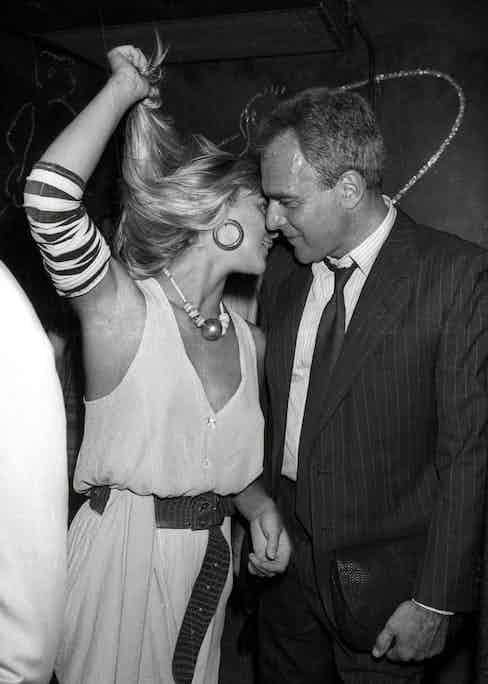 In New York he would encounter Daddy O. on the zebra-striped banquettes of El Morocco. “The women were beautiful, and the men were in black tie with these wonderful wide lapels,” he says. “It looked so glamorous. And for me, at 18, I’d never seen such glamour.” One of his favourite souvenirs of that time is “a picture I was in with Joan Collins. I took her there. It was 1957. She had just done The Girl in the Red Velvet Swing, which was so brilliant.”

On the Riviera he was a regular at La Leopolda, the sprawling pleasure palace of that post-war prince of playboys Gianni Agnelli, then in his Pamela Churchill days. My favourite vignette from this part of Taki’s life concerns Onassis giving Theodoracopulos and Gianni a lift in his helicopter from Nice. The grounds of the Leopolda were big enough to have the helicopter touch down, but that was not the Agnelli way. “We jumped out of the helicopter into Gianni’s swimming pool,” Taki says. “I remember Onassis shook his head and said, Why?”

He says that, as a friend from his wildest days, Agnelli’s wife, Marella, never took to him, a feeling he reciprocated with added warmth. He also tried marriage to the Duke de Caraman’s debutante daughter, Cristina, whom he first saw on the cover of Paris Match. “Marriage is supposed to change a man, to make him more serious towards life, more responsible,” Taki wrote in the preface to his prison memoir, Nothing to Declare. “I found this conventional wisdom untrue.” Immune to the sobering effects of matrimony, his marriage didn’t last long. 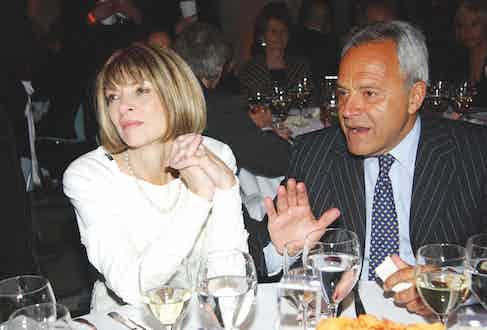 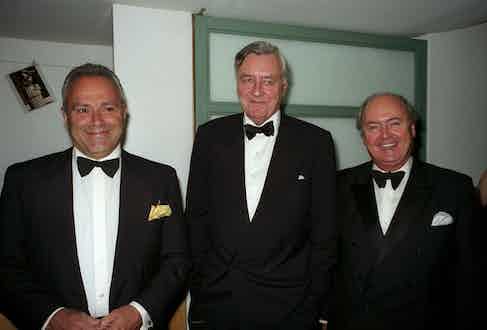 But as the wassailing and carousing intensified, first his tennis and then his skiing began to suffer. The polo was O.K. for a while, because, as he put it, the horse does all the running, the professionals on the team do all the galloping, and “the other two amateurs simply canter gently and elegantly in front of the stand in which the prettiest girls are seated”. Then, aged 30, he suffered a crippling attack of agoraphobia when he saw the vast prairie of existential emptiness opening up before him; over drinks with a Belgian count-turned-newspaperman, he decided to give journalism a try, and he has proved rather good at it. His first column appeared in The Spectator in 1977, and ever since people have been calling for his resignation. But Taki has proved bulletproof; even being jailed for landing at Heathrow with 20g of cocaine turned into a canny career move with the publication of Nothing to Declare in 1991. Mirabile dictu, today he is even a family man, proud of his children and, in his inimitable fashion, he remains clearly devoted to his wife, Princess Alexandra Schoenburg.

What the late nights, the unpalatable opinions and the clamour of the lynch mob often obscure is the romantic side of Taki’s nature. Strung together, his journalism reads like a roman-fleuve, a lively, scandalous, affectionate tapestry in remembrance of things past. The precocious teenager of the Fabulous Fifties is now one of the last men standing from the era in which the phrase ‘jet set’ was an unambiguous, unironic term of approbation, and he mourns the passing of an age of chivalry and elegance, when barely a single red-tiled roof pierced the tree line of the Côte d’Azur and when it was de rigueur to check into the Gstaad Palace for three months every winter. Taki, the man and the writer, evokes the style and chic of that age without resorting to the affected overdressing and slavish Agnelli-worship indulged in by so many who are today nostalgic for an era that was over before they were born.

I remember once having lunch on his yacht, Bushido, just off the end of Cap d’Antibes. Among the soaring monster-yachts that combine the dimensions of a multi-storey car park with the aesthetics of a Dubai shopping mall, the Bushido was the chicest thing in the bay and probably the entire Mediterranean. Even though it had left the shipyard in the early years of the 21st century, it would have looked more at home berthed between Agnelli’s Agneta and Niarchos’s Creole in the late 1950s than amid the floating tower blocks of today’s modern moguls. But thanks to the character of its owner, it was much more than a piece of nostalgia; it was a stylish, living rebuke to the vulgar display favoured by many of the contemporary rich.

If living well is the best revenge, Taki has visited more than his fair share of retribution on the meretricious ostentation that is one of the most noxious pollutants of life in the 21st century.