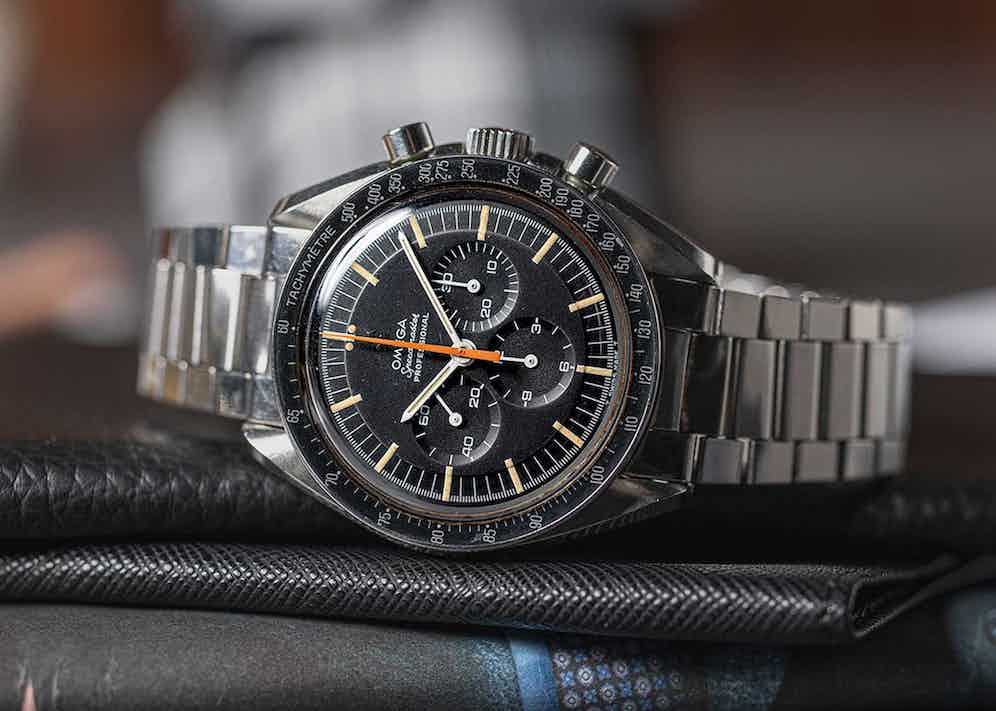 The 1968 Speedmaster ref. ST 145.012-67 with the peculiar orange chrono hand that collectors have nicknamed: The Ultraman (©Revolution)

If you have even the slightest interest in vintage Speedmasters, then you will have heard of the Davidoff brothers Roy and Sacha, who are the unrivalled kings of this domain. I would say that they and Robert Jan-Broer are the three key figures in the growth of vintage Speedmasters, and even modern Speedmaster culture.

One of the rarest and most intriguing Speedmaster configurations is the category of “Racing Dial” Speedies. These emerged in the late ’60s and are classified under two versions: the Black Racing and the Grey Racing. To me, they are the single most visually stunning and beautiful Speedmasters ever created and continue to be a major design influences on modern Speedmasters such as the Dark Side of the Moon Apollo 8, as well as 2020’s Alinghi Team Speedmaster, both of which feature black ceramic cases, stunningly decorated calibre 861 movements — and racing dials. 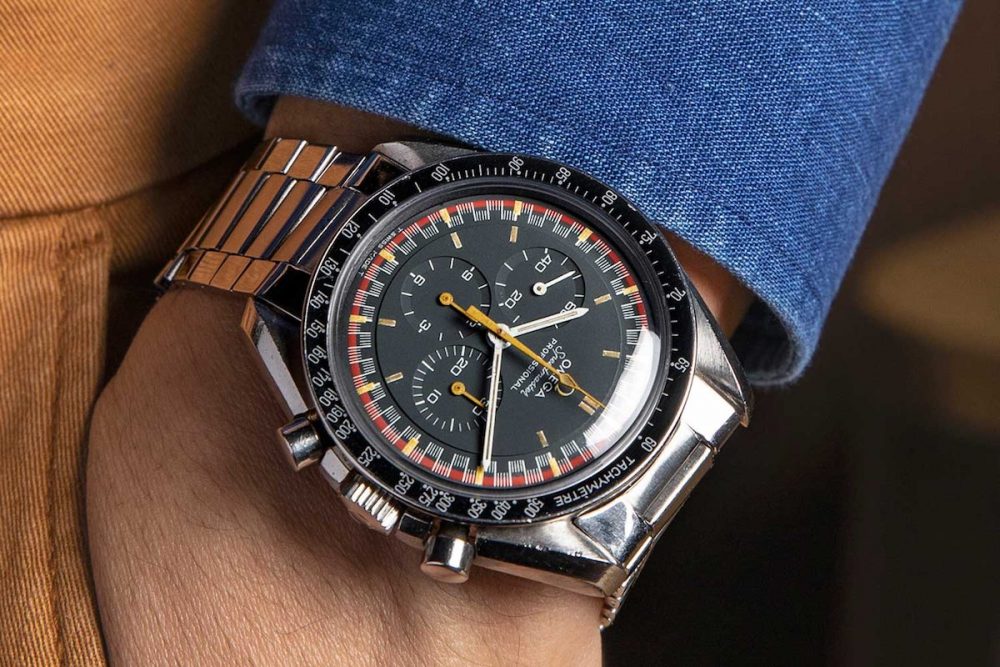 “The late 60’s is an amazingly diverse period for Omega,” says Roy Davidoff. “I think that what you see is a lot of experimentation to create greater legibility. The Black Racing Dial Speedmasters are a clear effort at using colour to separate the time-telling indicators, such as the hands as well as the continuous seconds indicator and the hour indices, which are all coloured red, from the chronograph indicators such as the chronograph seconds hand, the minute and hour counter and the incredible racing track which are all coloured white.”

Sacha Davidoff adds, “No one knows why these dials made it onto the production watches. It is our belief that as they were reaching the end of the calibre 321 era they decided to use all these existing dials and put them on watches.”

The second and perhaps better-known Racing Dial is the Grey Racing, and that appears specifically on the 145.022-69 watches. “This is one of the most stunning dials ever created,” says Sacha Davidoff. “This time, the chronograph indications all use the colour orange, the racing track features the combination of a burgundy outer ring and orange indices, and the hands of the watch are traditional white baton units. Remember that Omega eventually released this exact colour combination for the Speedmaster Mark II, so it’s likely that they had also experimented with offering it as a dial option for the traditional Speedmaster.” 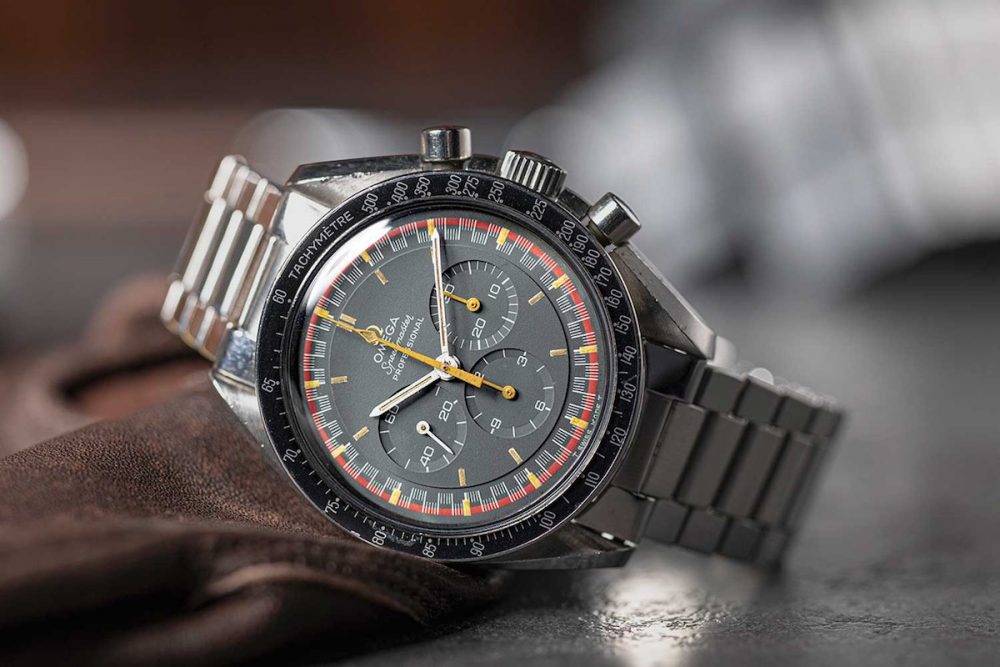 Roy Davidoff points out, “The dials from the Mark II Speedmaster are not interchangeable with the 145.022-69, so you cannot just swap the dial from one watch to the other. But in addition to that, almost all of the Grey Racing Dials were delivered to Switzerland in May and June of 1970 and have a movement number within a couple of hundred units from 29.609.XXX. At our shop, we will always authenticate if a Speedmaster was born with a Racing Dial by contacting Petros Protopapas the curator of the Omega Museum, and request an Extract from the Archives that reflects that this watch had a ‘special dial’ when delivered.”

Most notably, the Grey Racing was the inspiration for the also-highly-coveted Omega Speedmaster Japan Racing, a limited edition of 2,004 watches with a Grey Racing Dial created specifically for this market and which needs to be delivered with accompanying certification. As the Davidoffs have made an extraordinary effort to educate the public about vintage Omega Speedmasters — going so far as to hold their own exhibition and publish their own book on rare Speedies — I consider them the go-to place if you are in the market for a super-rare vintage watch. 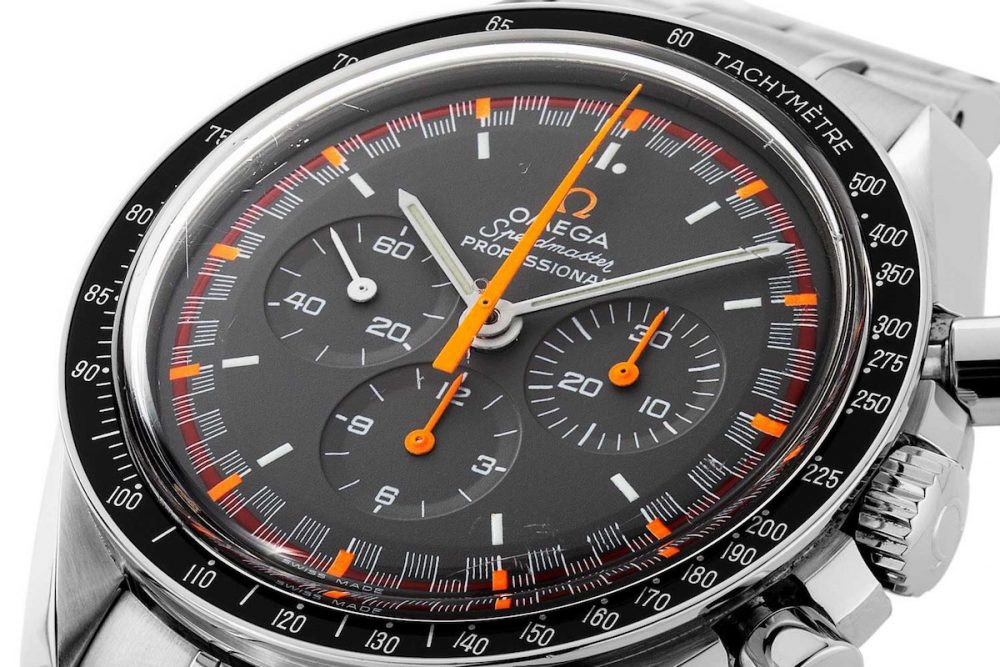 The Grey Racing was also the inspiration for the highly-coveted Omega Speedmaster Japan Racing, a limited edition of 2,004 watches with a Grey Racing Dial. Seen here is the Limited-Edition Japan Racing Dial Reference 3570.40.00 (©Revolution)

When they contacted me with the opportunity to own a sublime Grey Racing watch with the rare distinction of featuring a drop counterweight seconds hand in orange, as opposed to the flat non-luminous orange hand most often found on the Grey Racing watches, I felt myself compelled to purchase the watch. The dial on this particular watch features an extraordinary patina where the grey and the burgundy and orange colours have softened and gained patina, but are still charmingly vibrant. This is the single most expensive watch in our collection, but also one of the most important to me. 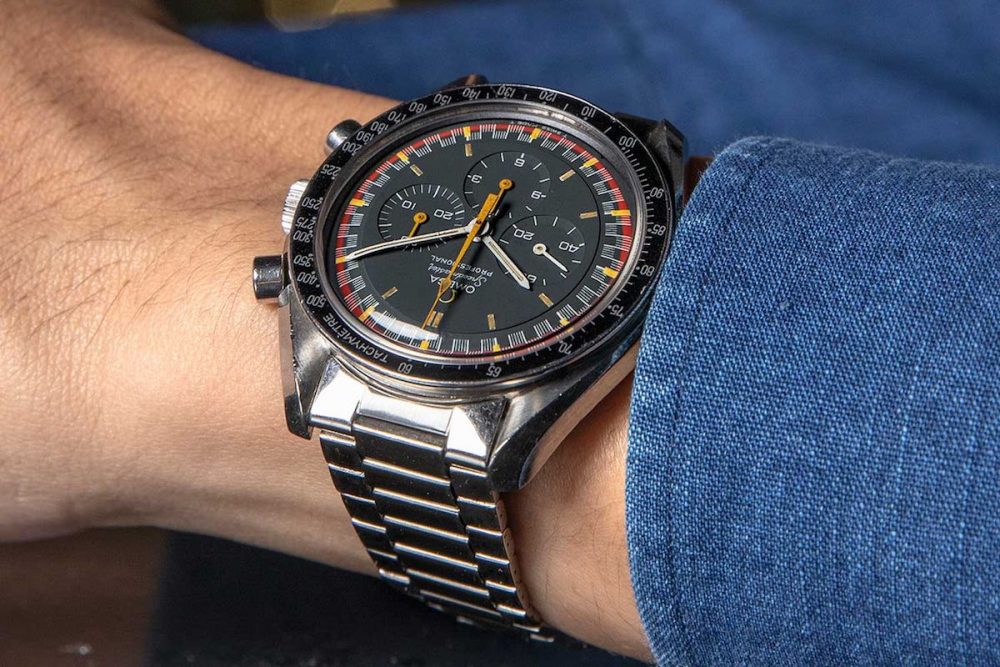 The Speedmaster Reference 145.022-69 with the Racing Dial is the single most expensive watch in Revolution’s collection and also one of the most important to Wei.

There are certain watches that capture the imagination of collectors beyond all others. This has to do with a combination of compelling mythology, stunning and unique looks, and just the right amount of rarity — meaning it was produced in enough numbers that you can find one if you look hard, but at the same time it’s far from easy. To me, that watch is the 145.012-67 “Special model fitted with an orange chronograph hand”, known as the “Ultraman”. 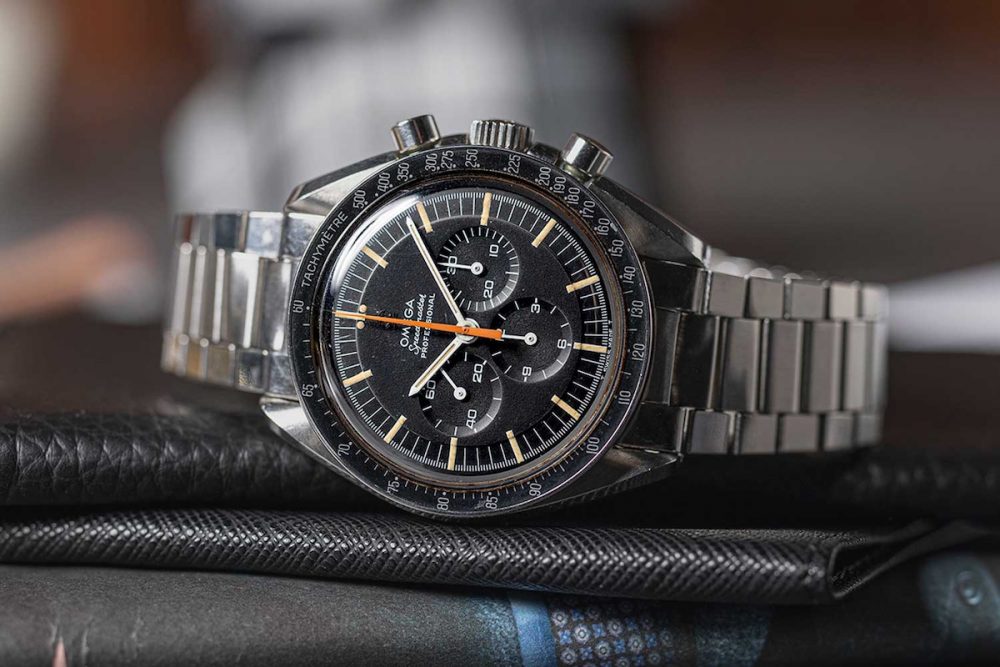 An “Ultraman” is an Omega Speedmaster model 145.012-67, one of the three models that went to space and the very last Speedy to feature the hallowed calibre 321. 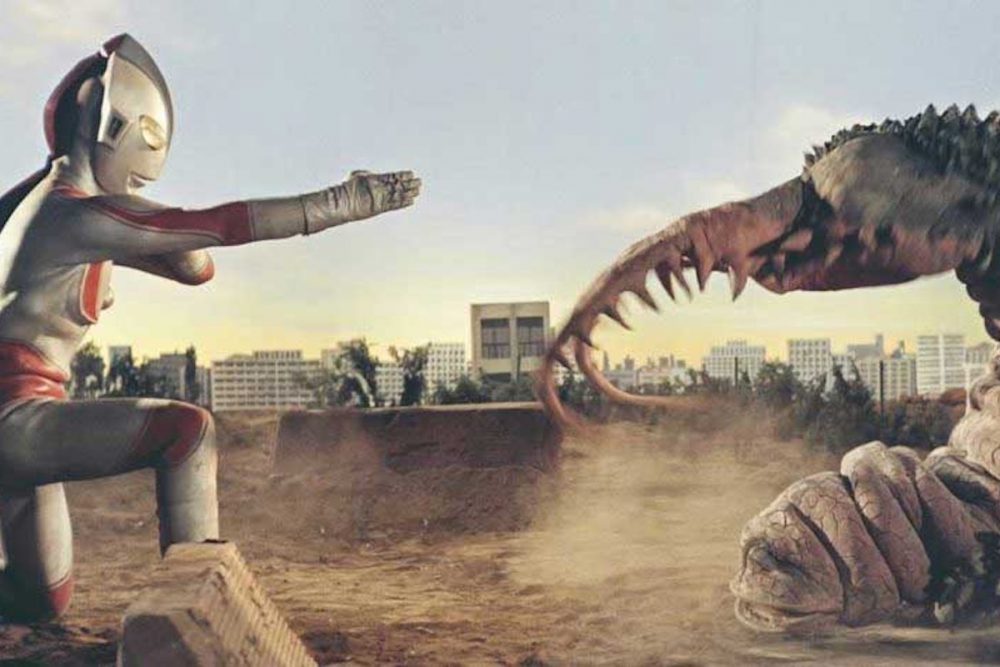 The Speedmaster 145.012-67 Ultraman got its name from the 1970s Japanese TV series, The Return of Ultraman.

The watch received its evocative sobriquet because of its appearance in the 1970s Japanese TV series, The Return of Ultraman. There has been some evolution of thought in the last few years regarding the number of Ultraman watches that were ever made. The math breaks down as such: of the 28,000 or so 145.012-67 made, only 3,000 watches fall within the correct movement range. And of those 3,000 watches, according to Moonwatch Only, just 50-odd Ultraman watches are known to exist.

However, in recent discussions with the Davidoff Brothers, Roy Davidoff feels that the number is closer to a few hundred watches. He explains, “What we do know is that they are all 145.012-67 watches that were made and delivered in June of 1968 to different parts of the world.” While the Ultraman watches are very rare, they have been showing up in auction or with secondary dealers with increasing frequency in the last few years. 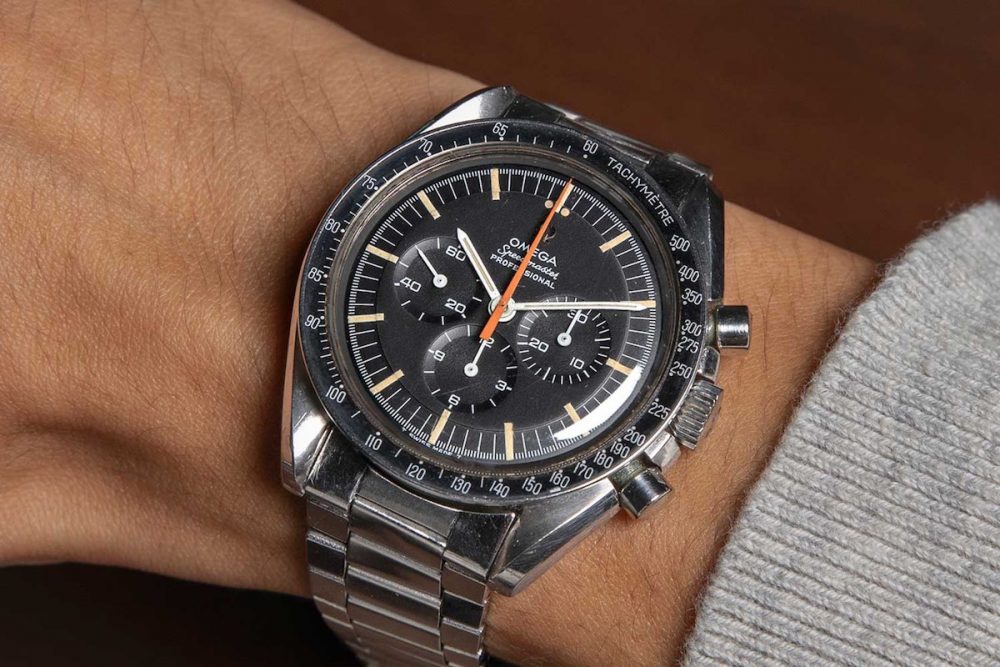 James Lamdin, the founder of Analog/Shift, my favourite New York-based vintage watch specialists says, “I’m going to say that this is because the prices of these watches have seen a very dynamic growth in the last few years.” A few years ago, they were USD10,000 watches. In early 2018, they started to hit the USD20,000 mark; and by the end of the year at various auctions, they even hit USD70,000. In 2019, prices of vintage Speedmasters softened or, more likely, stabilised and consolidated after a few years of frenzied growth, and now, an Ultraman can be had for between USD40,000–60,000, depending on the condition and pedigree of the watch.

To be completely transparent, I was the guy who paid a price in the USD20,000 range for my first Ultraman back in 2018. The person who convinced me to set this new benchmark was William Roberts, who put it succinctly: “Just because no one has ever paid that amount for an Ultraman, doesn’t mean the watch is not worth it.” That’s because, to me, these watches have extraordinary potential for the various reasons I’d stated earlier. 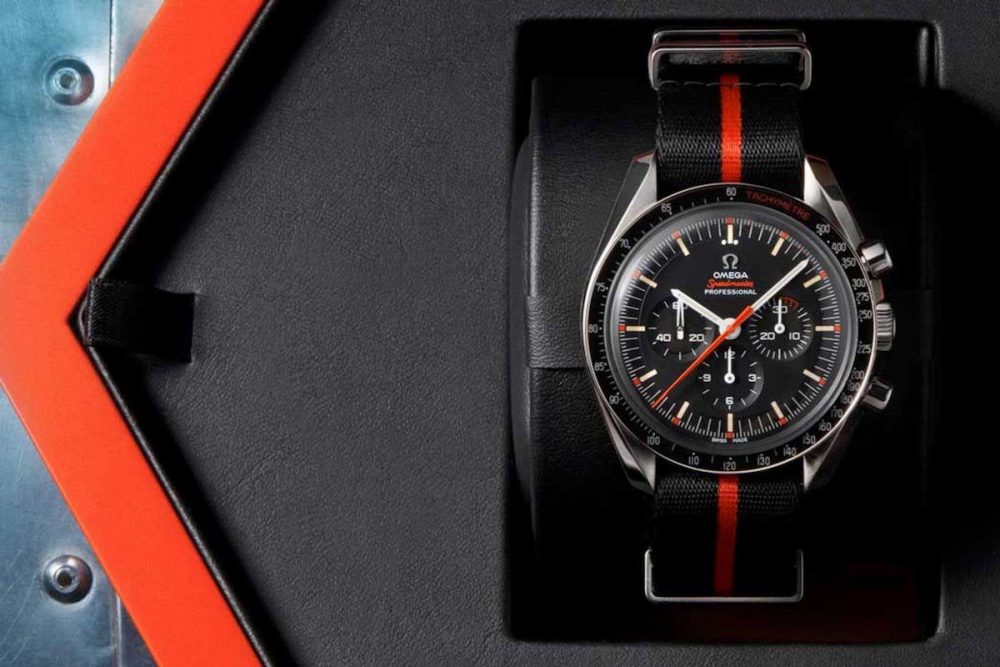 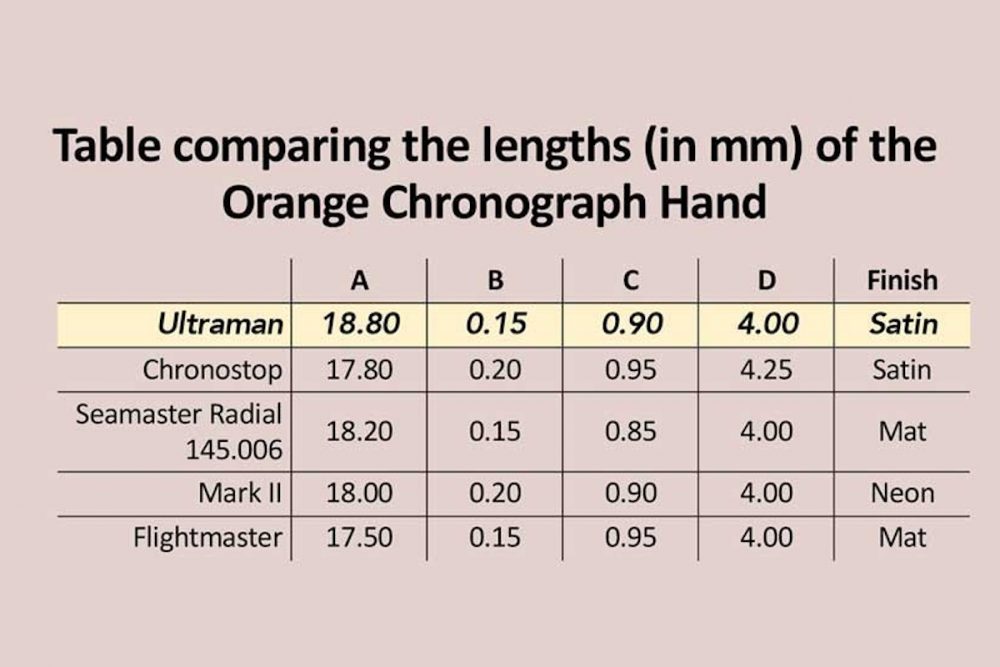 Omega compared two Ultraman watches side by side with various other Omega watches with the orange chrono hand. These were their definitive findings (Data reproduced from moonwatchonly.com)

It is important to note that the dial of the Ultraman has a completely different texture than the matte finish you’ll find on other 145.012 watches. It has a satin or silky finish to it that is subtle, but distinct. From a rarity perspective, a few hundred watches in existence means that they are rarer than, say, a “Paul Newman” Daytona. And from a mythology perspective, I cannot think of a cooler name than “Ultraman”.

Finally, it is a Speedmaster with an amazing presence on the wrist. The simple addition of the massive totemic orange hand made its appearance utterly unique and incredibly compelling, and unlike any other Speedmaster. And there is probably no better experience than to press the start button on the watch, feel the column wheel of the calibre 321 engage the chronograph lever, and see the mighty orange hand start its imperious march around the dial. 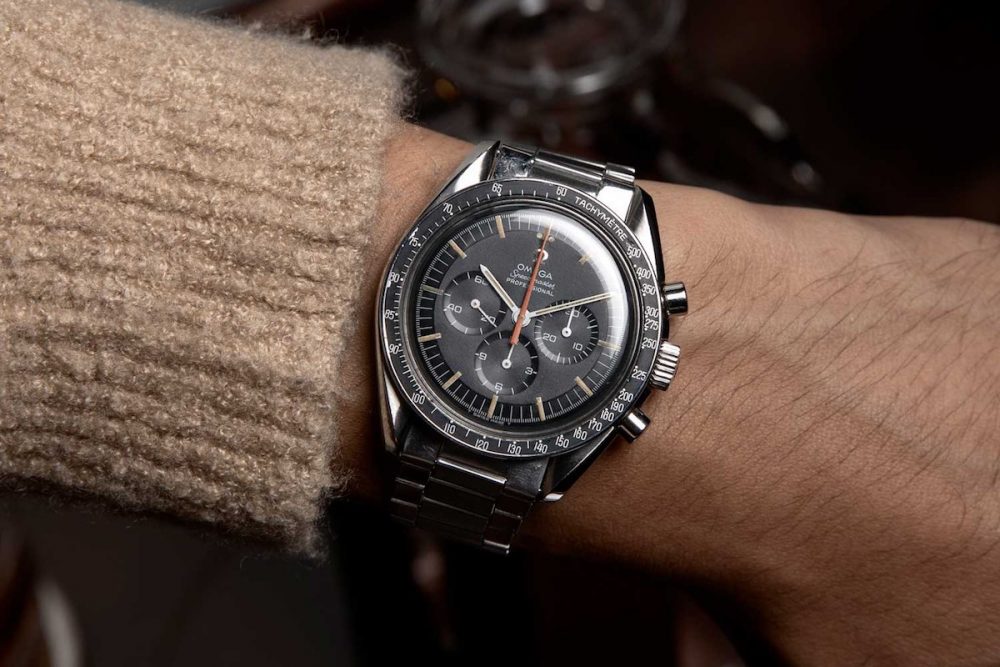 There are only a few hundred of these Ultraman watches in existence, which means they are rarer than, say, a “Paul Newman” Daytona.

Please note that while there are other vintage Omega models with an orange chronograph seconds hand, theirs are not as long as the hand of the Ultraman, and therefore cannot be retrofitted to create or Frakenwatch an Ultraman. This is one of the vintage Omega Speedmasters that I would never buy without an Extract from the Archives from Omega. On the Extract, it must state under Remarks: “Special model fitted with orange chronograph hand.” Without this, there is no verification that your watch is an actual Ultraman, even if it falls within the right movement range.