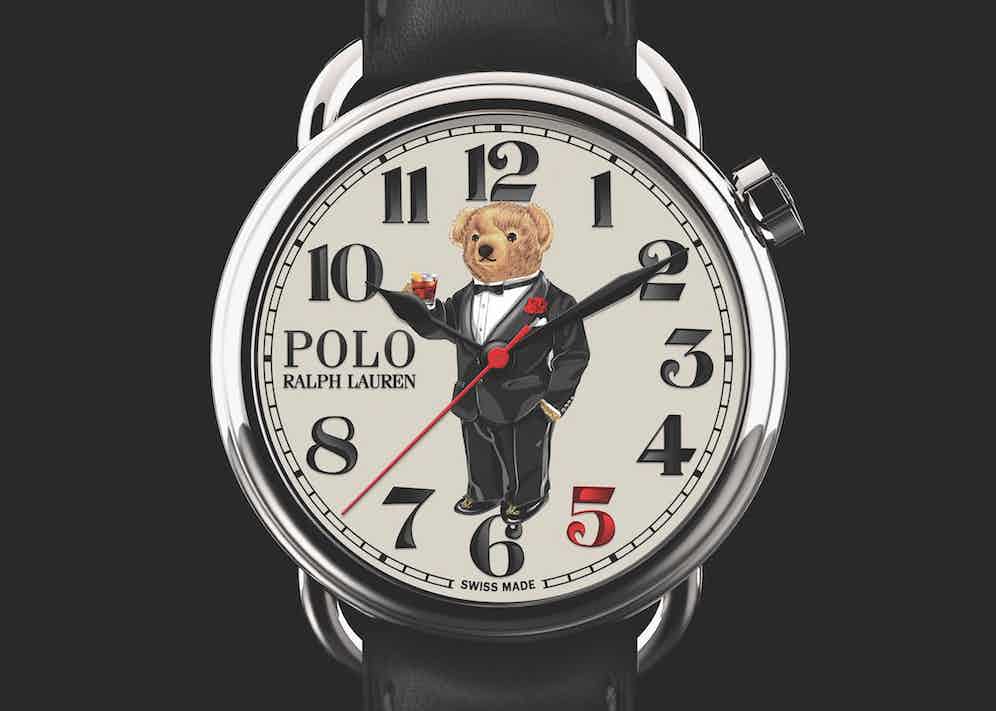 His countenance is known the world over. His visage has become an obsession for men and women alike. There are legions devoted to his ineffable style, his ability to move effortlessly between sublime sports chic, pitch-perfect preppy-dom, and transcendent black tie. He is the celebrity’s cause célèbre, with many, from Kanye West to Drake to John Mayer, smitten by him. And the mere rumour of his appearance on a skateboard literally broke the internet, with millions of fans vying for the chance to meet him. He says little, but his warm, fathomless brown eyes speak volumes of his extraordinary depth. And while he may be small in stature, he exudes a heroism and strength of character that is singular and inspirational. Amid the turmoil of 2020, for many of us he has become a symbol of hope and optimism. I speak, of course, of the Ralph Lauren Polo Bear, who at a mere 29 years of age has ascended to the status of both fashion and popular-culture icon. 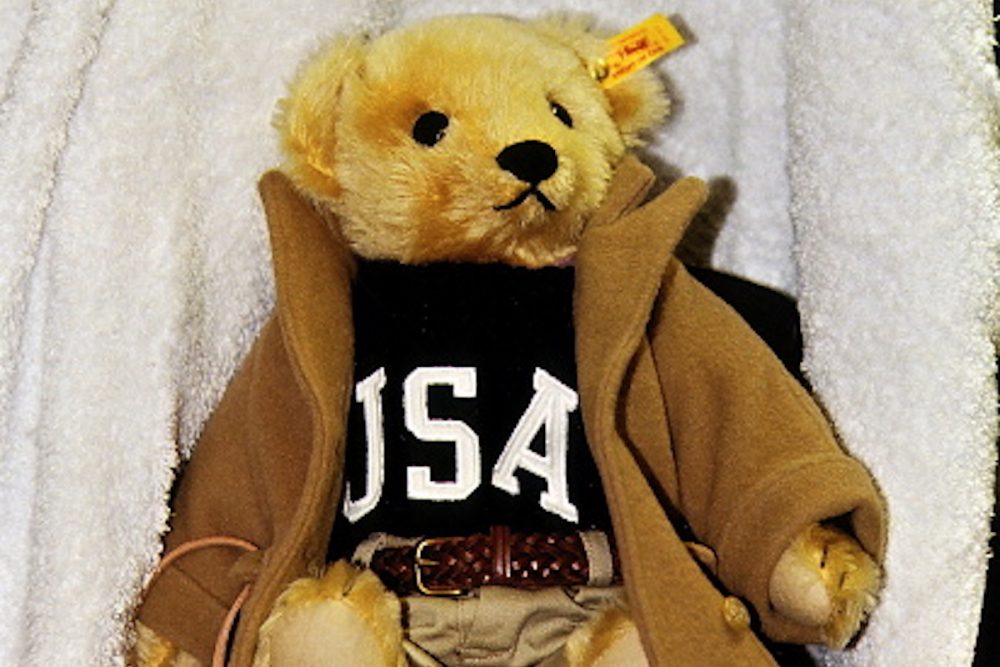 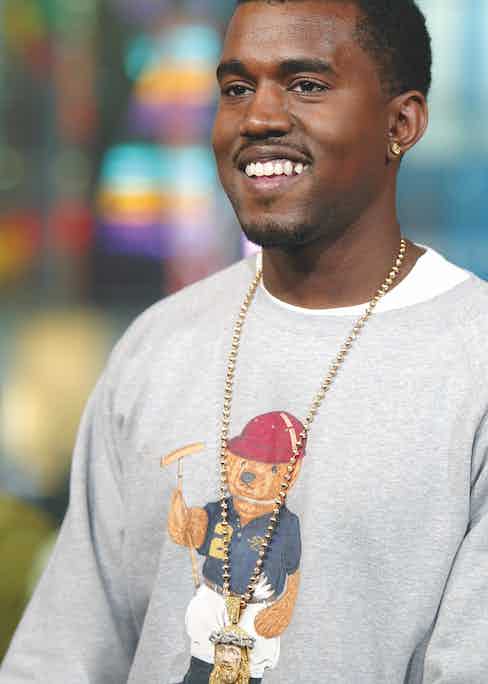 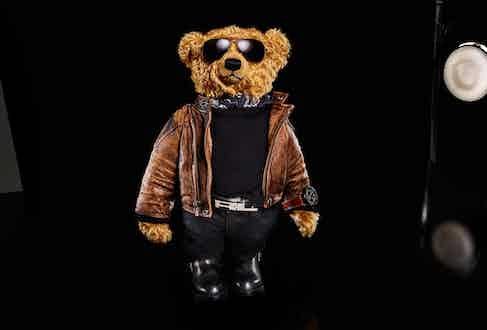 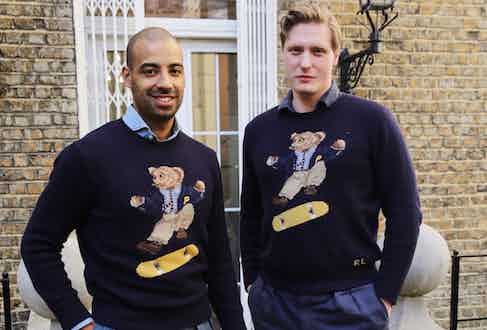 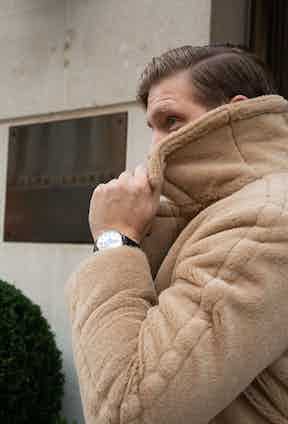 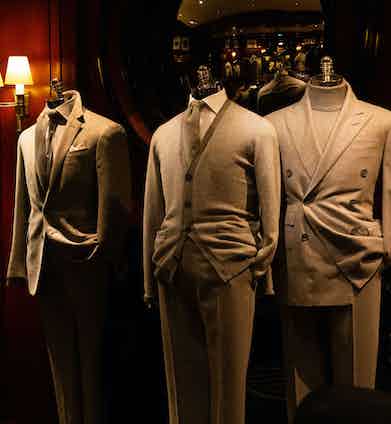 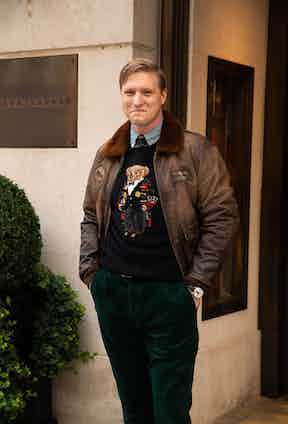 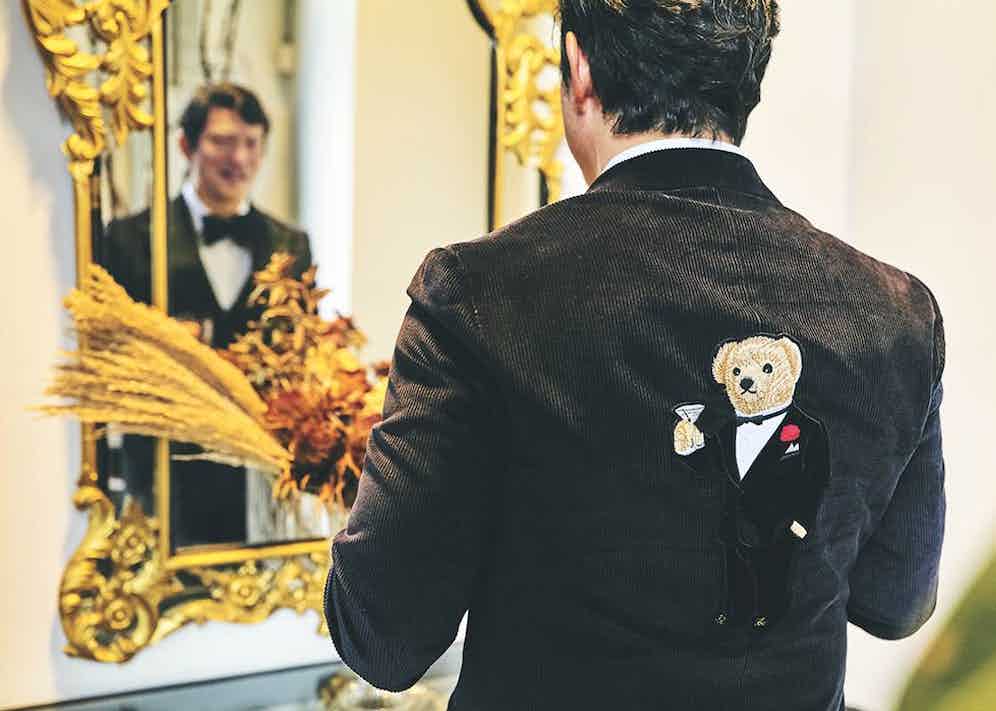 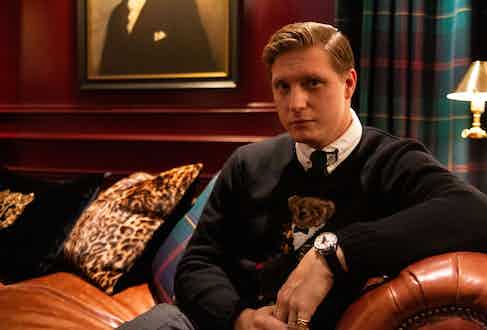 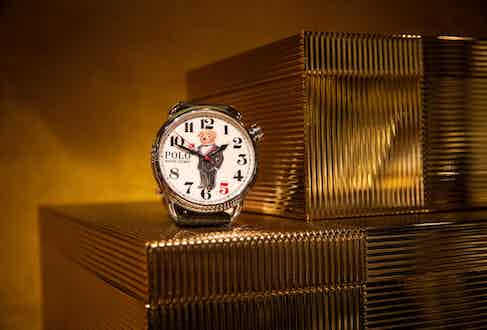 While there’s humour in my introduction, there is also truth. Because for me and the team at The Rake, we feel the world is now more than ever in need of symbols that represent kindness, warmth, and a childlike sense of joy. For us the Polo Bear has never been more relevant. Because it was created by the man I consider not only to be the world’s greatest designer but one of its best human beings. I shall not go into the details of Ralph Lauren’s genius and authenticity, which to me is best expressed by his self-effacing humanitarianism. If you want to read about that, you can check out the cover story of issue No. 36 of The Rake. What I love best about Ralph Lauren is his capacity to create clothing and objects that make us smile — and none more so than the Polo Bear. 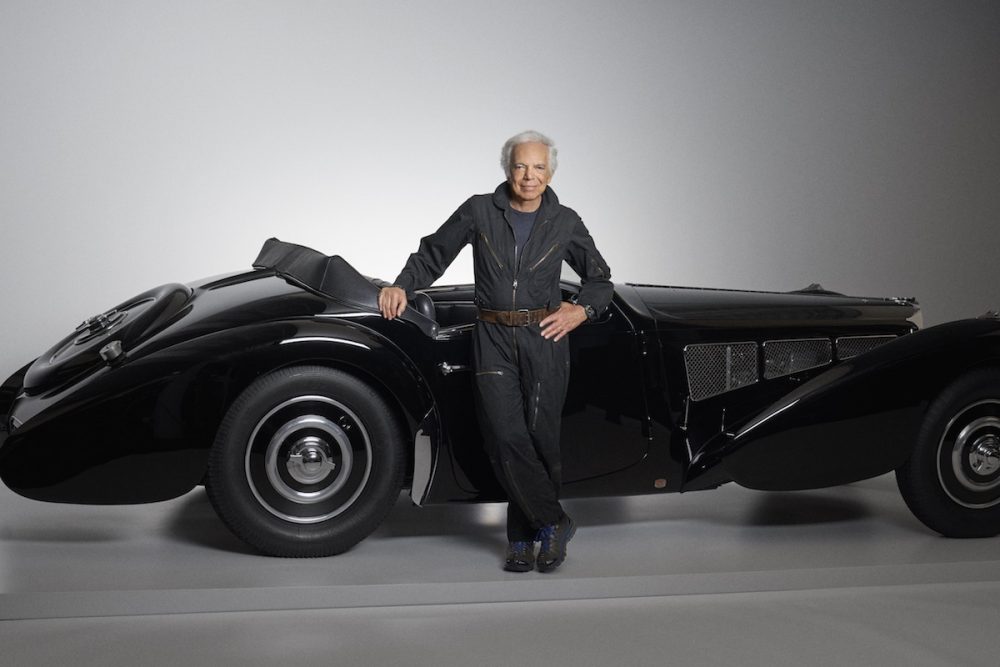 The roots of the Polo Bear go back to the late 1980s, when his team presented Lauren and his wonderfully effusive and elegant brother Jerry with Steiff teddy bears modelled on them and dressed in outfits made by the Ralph Lauren factories that created their menswear.

Lauren was so charmed by these bears he decided to offer them in a limited series of 200 in 1991. Even before the age of the internet, buzz about the bears spread through New York like wildfire, with every Ralph Lauren devotee making a beeline to the Rhinelander mansion flagship in Manhattan, where they sold out over the weekend. Because the bears were made by Steiff, and, like his personal bear, wore clothing (specifically, grey flannel pleated trousers, a woven leather belt, and a blue Oxford button-down), they were limited in supply. Foreseeing the popularity of this new symbol for his brand, Lauren also emblazoned his likeness on clothing including the iconic Polo Bear sweater, which depicted the Bear wearing an American flag sweater. This sweater is to this day known as the ‘Iconic Polo Bear Sweater’. From 1991 to 2001 the Polo Bear enjoyed a decade of sartorial dominance, and everything he graced became the object of cult collectability. The Holy Grail among these is the so called ‘Never-Ending Bear’ sweater, which features the Polo Bear wearing a Polo Bear sweater of the Bear wearing the Polo Bear sweater, and so on. You get it. 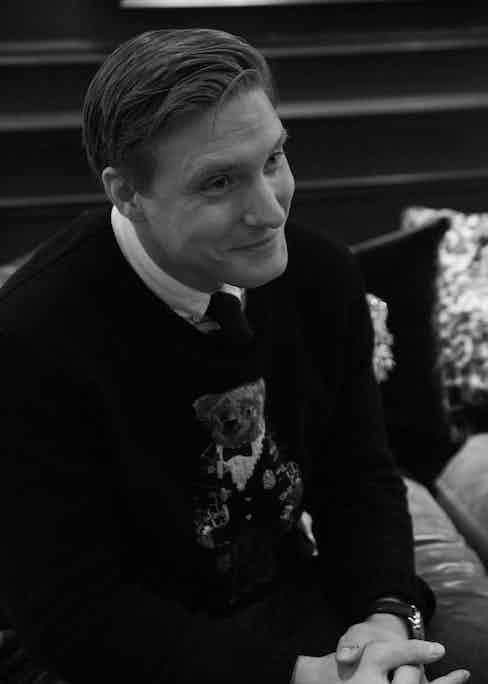 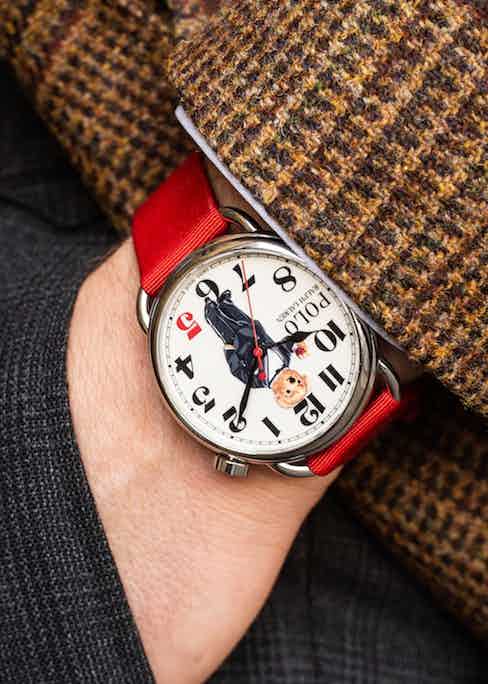 The Polo Bear was depicted in everything from a western fringe jacket, a beret stiped T-shirt , and espadrilles, collegiate preppy clothing under a camel Polo coat, RLX ski gear, and my favourite, a magnificent evening suit replete with monogrammed evening slippers and a Martini. To be correct, I should note that the Polo Bear actually has three black-tie ensembles: a classic black, a white dinner jacket with black trousers, and a jaunty Black Watch tartan jacket that he pairs with louche red socks for extra panache. To borrow from Walt Whitman, the Polo Bear was large. He contained multitudes. Indeed, his incredible style, which became a catalogue of Ralph Lauren’s most iconic looks, demonstrated how infinitely varied yet appealing the Ralph Lauren world was. In each instance the Bear looked cool, beatific, successful and friendly. And, most importantly, regardless of your age, ethnicity, gender or socioeconomic demographic, he made you smile.

In 2001 the partnership with Steiff came to an end, and with it the use of the Polo Bear on Ralph Lauren clothing. But by that time Polo Bear clothing had taken on a life of its own, particularly in the hip-hop community and most notably with Kanye West, who almost exclusively wore the clothing throughout the launch of his seminal College Dropout album in 2004. (The cover even featured West depicted as a preppy bear.) By 2013 the demand for all things Polo Bear inspired his return to the Ralph Lauren visual lexicon, where he remains more popular than ever. Indeed, the Polo Bear collaborations, with brands such as Palace skateboards, have become some of the most sought-after and desirable objects around. The Polo x Palace sweater (I had two of these, and gave one to the editor of this magazine and the other to our C.E.O.) almost caused the internet to explode upon launch, and now commands a massive premium on the secondary market if you can find one. I have personally been so charmed by the Polo Bear that I’ve even had a patch of him in his tuxedo sewn onto the back of my Ralph Lauren double-breasted corduroy dinner jacket, a service that Polo shops now offer. 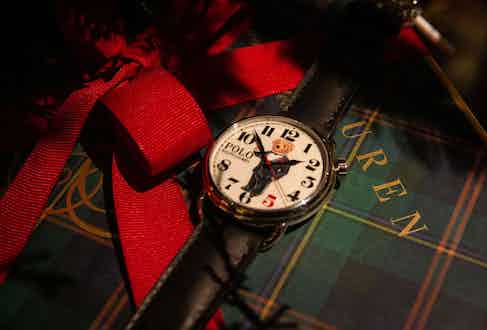 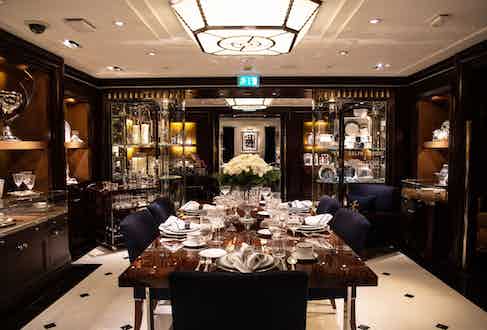 In November 2019 the Polo Bear made his first appearance on the dials of three charming watches. The watches that marked the first Ralph Lauren Polo watches and set the stage for the Polo Player timepiece that launched this year featured our favourite ursine friend dressed in three of Lauren’s most iconic ensembles: the dinner jacket with frayed jeans and cowboy boots dubbed the Tuxedo Bear; the tweed jacket, jodhpurs and riding boots named the Bedford Bear (after the town where Lauren resides); and the American flag sweater with denim jacket and jeans, named American Flag Bear. The watches featured 42mm steel cases and off-white lacquer dials and automatic movements dubbed the Calibre RL200, which looked like reliable ETA 28 series movements to me. Made in a limited series of 100 examples each, the Polo Bear watches flew out of the showcases with a rapidity reminiscent of the initial Steiff bear launch. After all, who wouldn’t want to look down at their wrist and see the world’s best-dressed bear gazing knowingly back at them.

Since the launch of the Polo Bear watch I’ve secretly harboured a dream of a Rake Bear timepiece. After finally summoning the courage to request it, I was overjoyed to learn that Mr. Lauren had given his personal assent. Immediately I began discussing with our team how our furry hero should be styled. We concluded that he should be resplendent in full eveningwear, as if he were going out for a night on the town. We loved the idea that he would heading to ‘Ralph’s’, the fictional New York jazz club that was the stage for the extraordinary fashion show where Janelle Monae brought the house down with one of the most electrifying performances of all time. Anyone who knows The Rake understands there is one cocktail that has become synonymous with the magazine, and that is the heady combination of bitter, vermouth and gin concocted in 1919 in Florence’s Caffè Casoni, where Count Camillo Negroni inspired the legendary barman Fosco Scarselli to create his namesake beverage. For the community of The Rake this year, the Negroni has become something of a symbol of resistance against despair, its distinct orange hue burning brightly against the darkness. And so, without hesitation, we requested that the Polo Bear be designed enjoying this libation, as he too would be standing firm and elegantly weathering the inclemencies of this unforgettable year. The dial of the watch features hands as well as the 5 o’clock index in distinct Negroni orange. Why the number five? Well, because it is always 5 o’clock somewhere.

To coincide with the first anniversary of the launch of the debut Polo Bear watches, we are immeasurably delighted to unveil the Rake Bear New York watch, which we have also nicknamed the Negroni Bear timepiece. It is made in a 200-piece limited edition, with a price of £1,680 . He comes with a black calf strap as well as a Negroni-orange grosgrain strap. Like his brothers that have come before him, we hope The Rake’s Negroni Bear achieves his defining mission in life, which is to put a huge smile on the face of each and every one of his owners.

The Rake x Ralph Lauren 'Negroni Bear' Polo Bear Watch is here on TheRake.com. Please raise a glass to the newest member of the team.