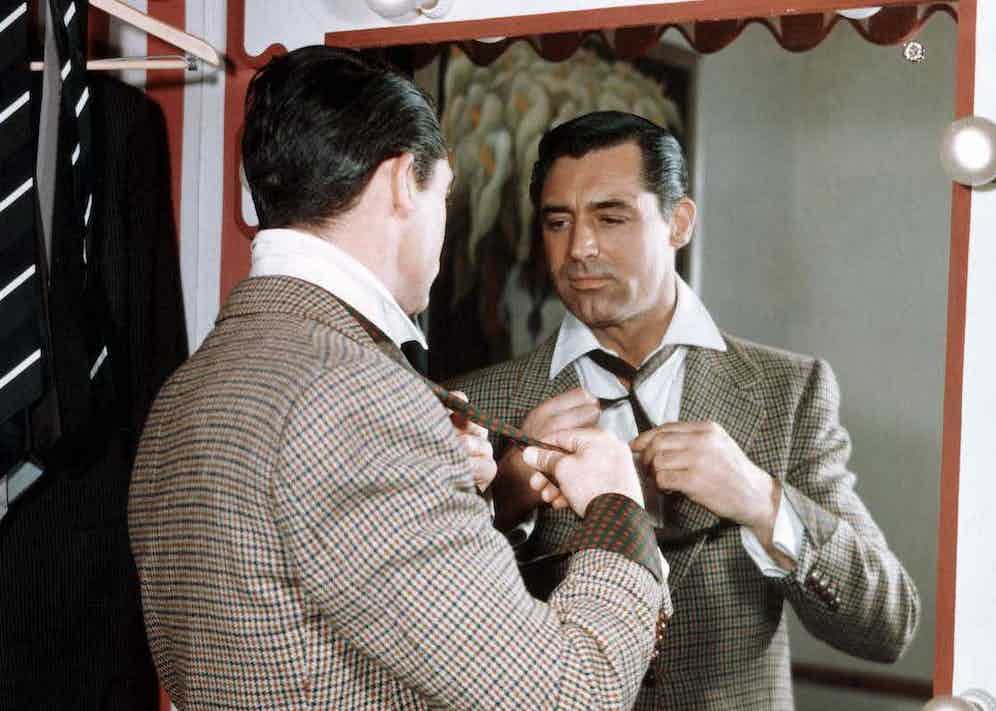 There was a time, when virtually all men — from coal miner to chief executive officer — strapped on a tie before heading to work. In recent times, even in formerly ultra-formal businesses like banking, more and more men are dispensing with the tie, and this was before Covid-19 gripped the earth. Whether simply wearing a suit or blazer sans neckwear, switching to polo’n’khakis business casual, or going fully dégagé in Silicon Valley sweats, for many, the tie has become as useful as the proverbial motorcycle-mounted ashtray.

Menswear author Christian Chensvold has long simultaneously heralded and mourned the tie’s slow and painful death. In 2019 he published a short book, These Are Our Failures, that charts the experiences of a journalist on assignment for a “slick sartorial bible from Singapore” (hmm, sounds familiar), investigating the demise of the necktie as it dovetails with the fall of civilization and subsequent apocalypse.

One of Chensvold’s nattily-attired fictional characters, a menswear obsessive going by the StyleForum handle Scary_Grant, rants that the trend toward eschewing ties has “reached the irreversible”, indicating that dressiness in general is on its last legs.

“If ‘dressing up’ were a person,” he suggests, “it would not be a boulevardier fawned over by the society pages. It would be an old man in a nursing home, sporting a boutonniere that foreshadows the flowers at his own coming funeral.” Ties, Scary_Grant opines, have literally tied everything together, menswear-wise, for more than 200 years. “The very concept of what it means to be well dressed falls apart without the necktie.” 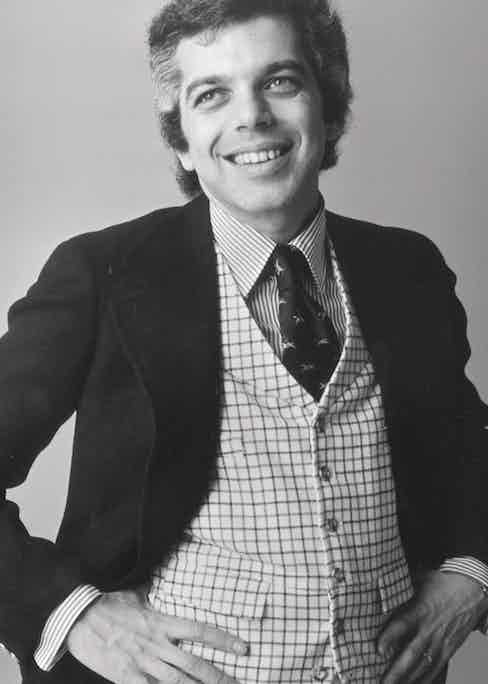 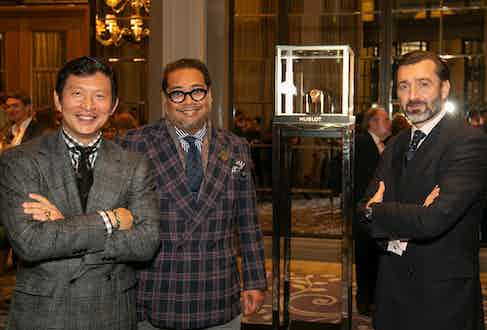 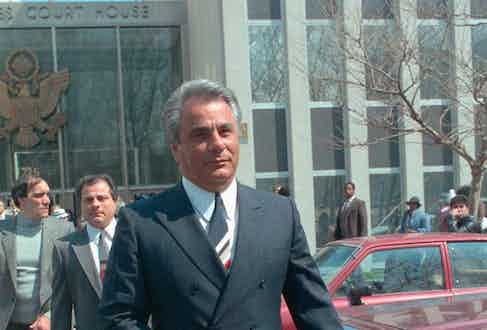 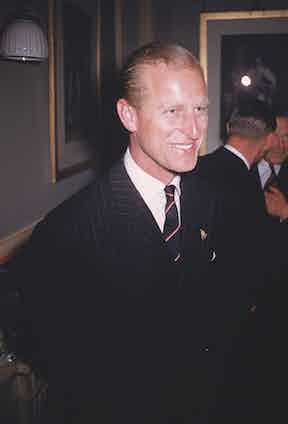 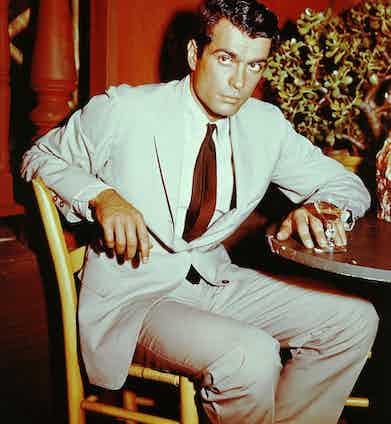 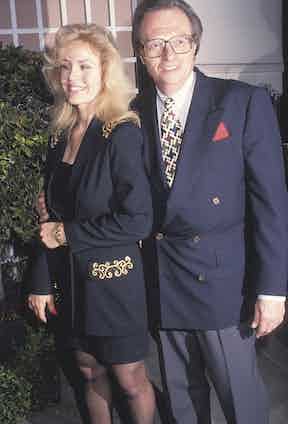 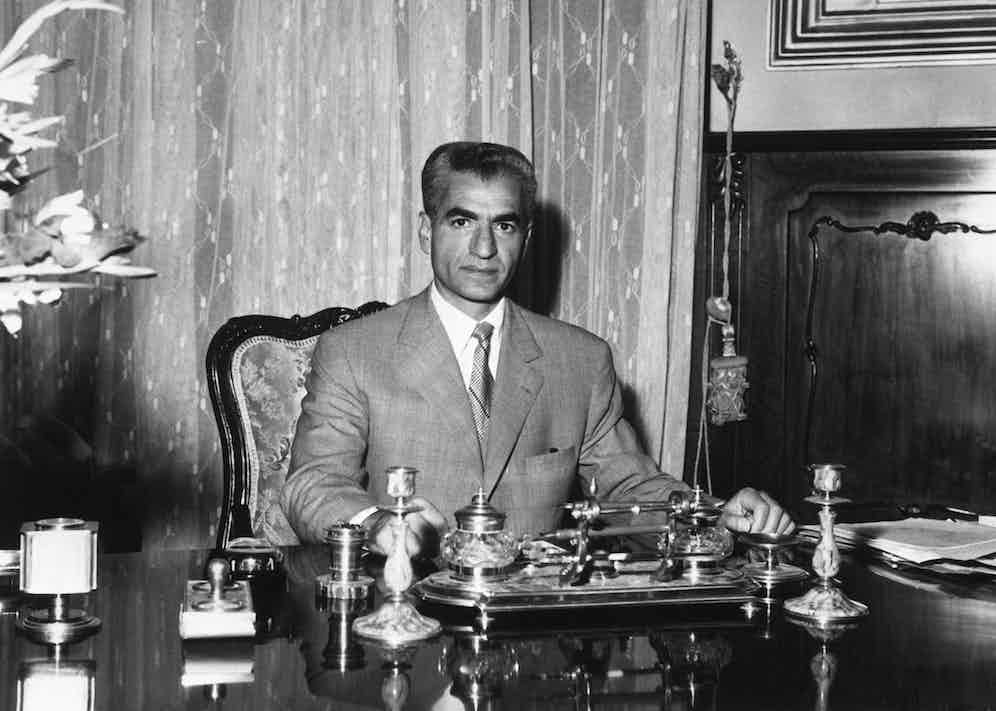 To suggest that the dwindling popularity of the tie will lead to the end of days is a tad excessive, of course. But it is true to say that to remove the tie from a man’s sartorial arsenal does deprive him of one of the most powerful weapons at his aesthetic disposal.

As Chensvold wrote in one of his earliest pieces of published writing, a 1994 letter to the editor of the San Francisco Chronicle that he recently posted to his website Ivy-Style.com, “the gradual disappearance of the necktie … follows the loss of the tuxedo on Saturday night dates, the waistcoat, braces, fedora, handkerchief, walking stick, watch chain, and every other accessory that used to make a man look like a man.”

Chensvold pondered, what’s next to be swept away in “the deluge of contemporary slovenliness”? Which of the remaining accouterments of masculine elegance are we to willingly surrender as a sacrifice to the almighty god of comfort?

It could be argued that the move toward easy practicality and the elimination of menswear’s fancy inessentials in fact began with the great dandy George ‘Beau’ Brummell (whose famously fastidious approach to neckwear gives Chensvold’s aforementioned volume its title, coincidentally). 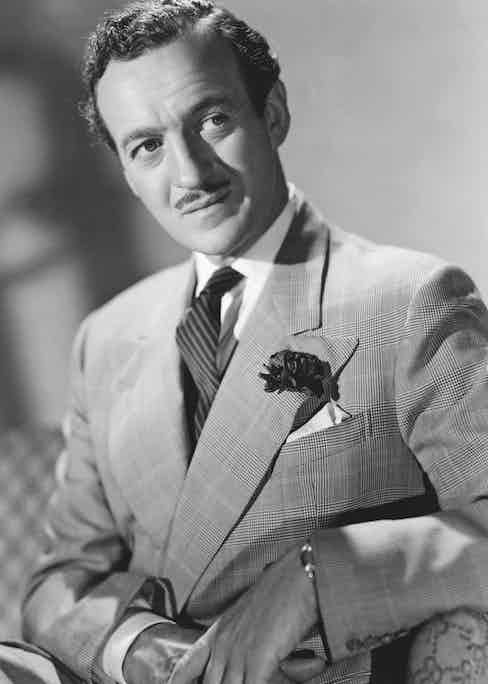 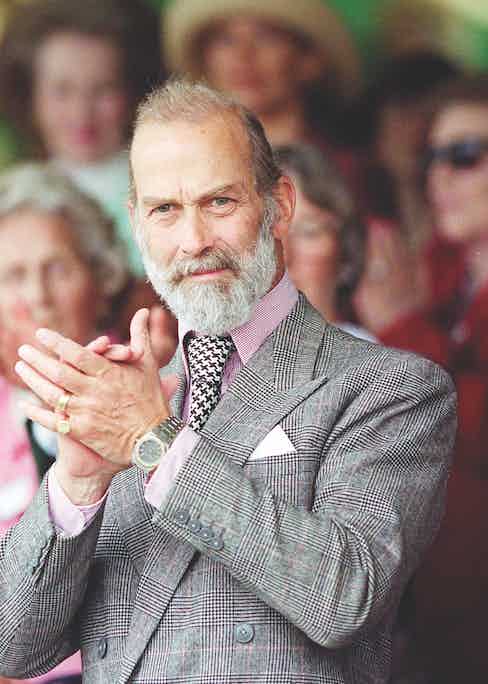 In a story for The Rake some years ago, G. Bruce Boyer wrote of an early 19th-century phenomenon fashion historians call the ‘Great Renunciation’: “a movement away from gorgeousness and towards simplicity. Men gave up silks and satins and brocaded coats, powdered wigs and silver buckled shoes in favour of woolen fabrics and simplicity of cut and colour. In other words, men went from what we might call court dress to the modern suit.”

Boyer explained that having championed anti-court style during the English Regency, “Beau Brummell stands as a synecdoche for this pervasive shift, and much credit has been given to him for advancing the standard outfit for men of the business class ever since: plain coat and trousers, cravat and fine linen.” The great men’s style commentator continued, “if we have indeed forgone the gorgeousness of embroidered silk and buckled shoes (the bridle-bit loafer excepted), enjoyed still by women, can’t we find a bit of individuality and colour somewhere in the tailored wardrobe?”

The answer is a resounding yes, reader. The answer is the tie! Hold tight to this potent sartorial armament. Insist, like the iconoclastic stylistic libertarian that you are, you’ll only give up this last blast of pointless but gorgeous flamboyance when it’s pried from your cold, dead hands.

To continue with the weaponry analogy, like a firearm, a tie is powerful — dangerously so — and must be handled with care and expertise. You cannot go wrong with the simple combination of navy suit, plain navy tie and white shirt. When a blend of colours, patterns and textures get involved, however, things start to get trickier. 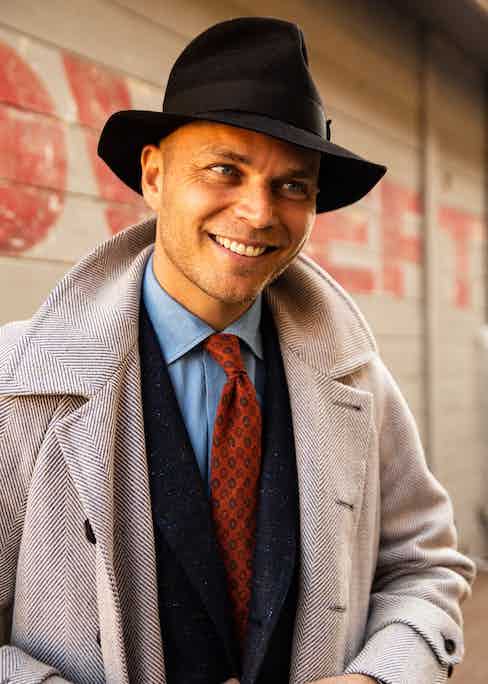 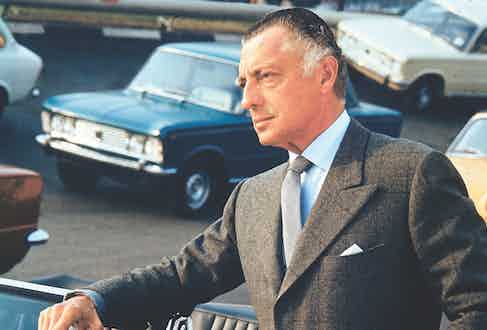 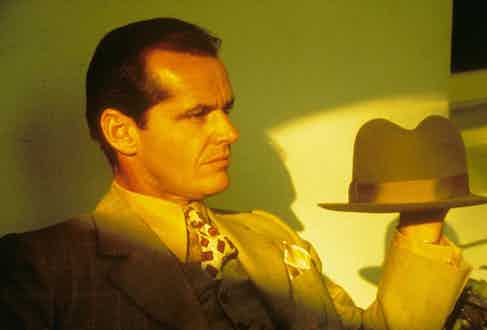 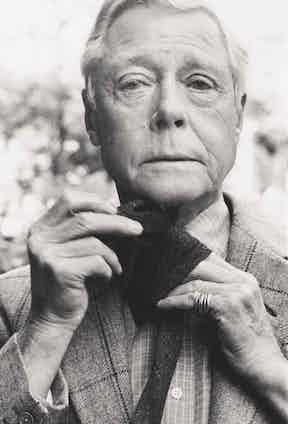 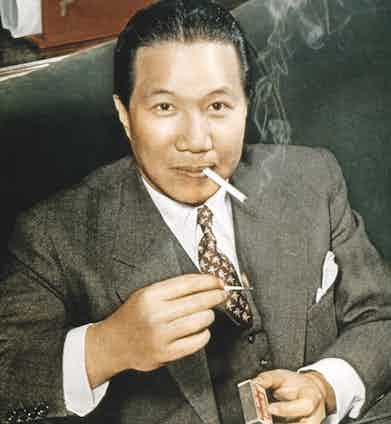 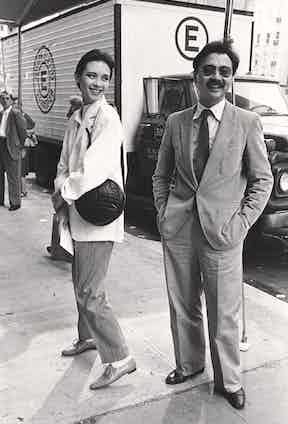 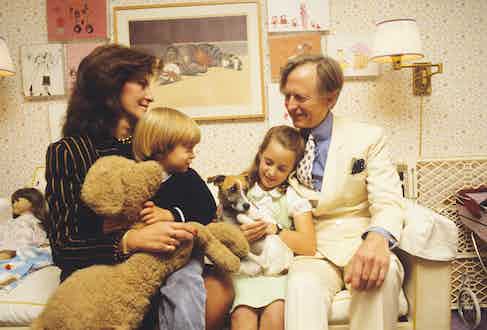 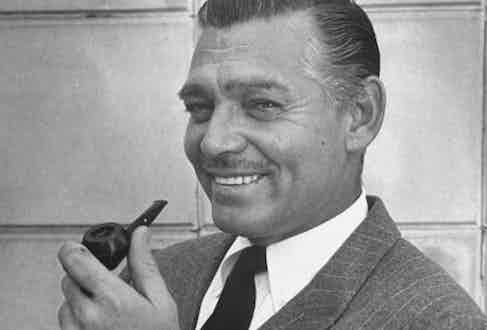 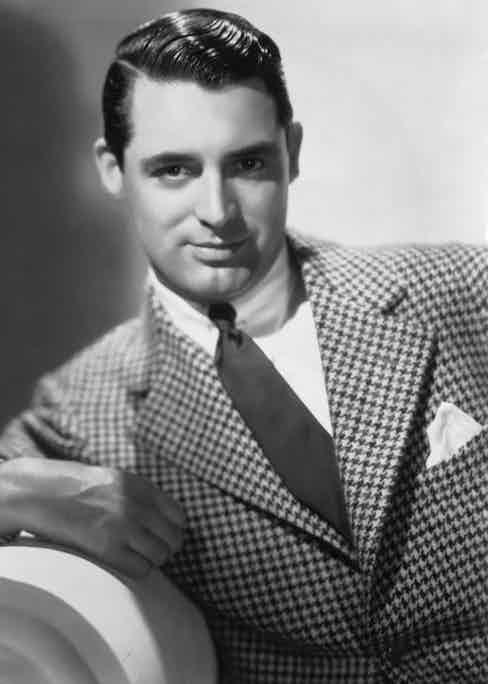 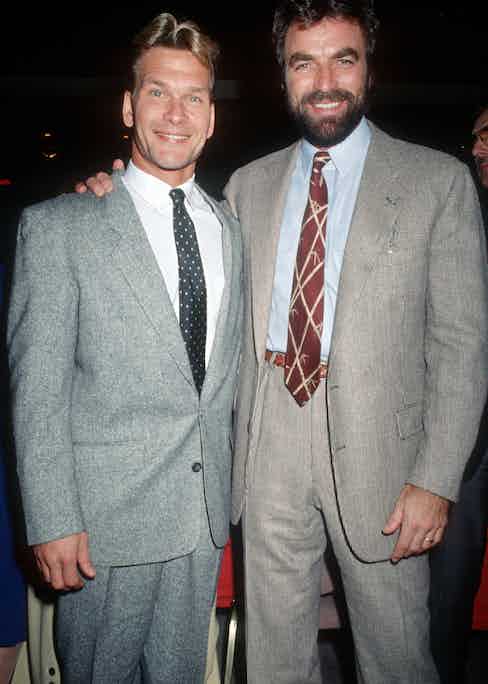 No matter what, patterns must be of different scales, lest they blend into one another — it’s important to delineate each garment in an ensemble. Look to have shades of particular colours echo through the outfit — for example, a red tie playing off a burgundy accented pocket square; a black tie with a black/white fine gingham shirt and dark grey suit; the green stripe in a regimental tie matched to a sock or cufflink.

When it comes to colour, certainly, keep the tie darker than the shirt or risk straying into Guido territory. Follow the colour wheel and picks hues that complement or are analogous to one another. Be conscious of texture, too. Extremely silky-smooth ties of the sort favoured by Trump should only be worn with sleek, high threadcount shirts and fine ‘Super-numbered’ wool suits. Cotton, cashmere or woolen ties work best with slightly rougher shirt cloths, such as chambray, flannel or oxford cotton. Silk knit ties, meanwhile, are the wonderfully wanton strumpet of the neckwear world and go with anything.

Avoid cartoon characters, piano keys and other novelties. Steer clear of the extremes of width (per our story, three inches is often all you need). Approach the Windsor knot with caution — remember: there’s a reason none of the actual Windsors use it. And you’ll surely find that despite their dip in popularity, ties remain one of the most potent means of sartorial self-expression at a man’s disposal. To paraphrase Monty Python, neckwear’s “Knot dead yet!” Not by a long shot.