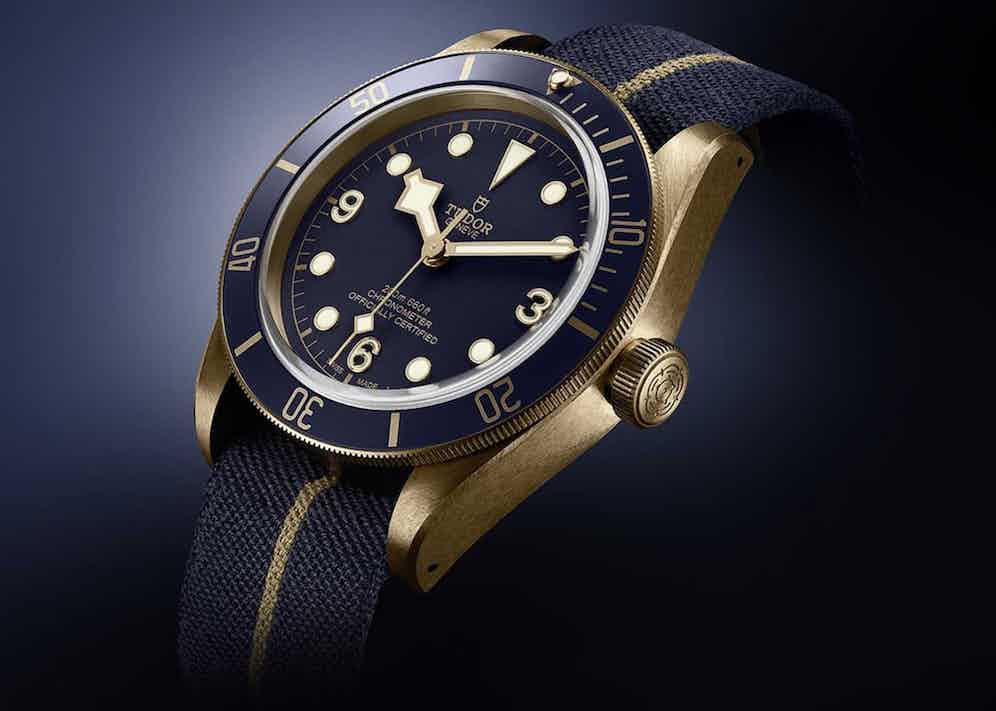 The first Tudor Black Bay model to be released with a bronze case was launched in 2016, and featured a matte brown dial with a matching brown bezel insert. Since then we’ve seen three more versions of the Black Bay in bronze: a unique left-handed version in khaki green made for Only Watch in 2017, last year’s model with a slate grey dial, and the one which interests us today known as the Tudor Black Bay Bronze Blue Edition for Bucherer. 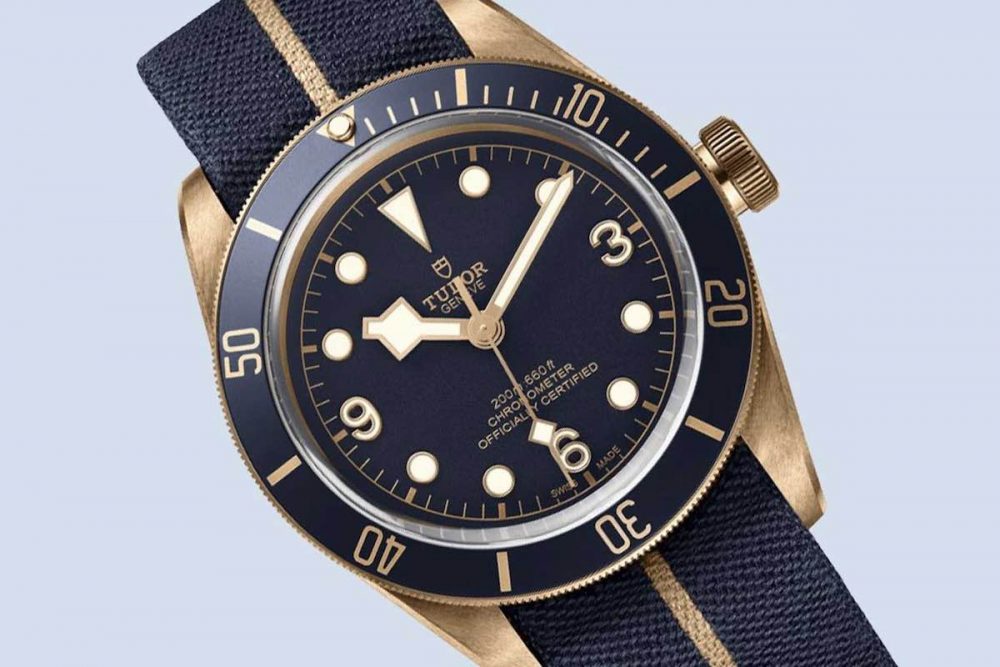 We have long been fans of the original Black Bay Bronze, and we even rewarded it with the 2016 Best Sports Watch Awardin our annual Revolution Awards. The watch stood out from the rest of the pack thanks to its stunning on-trend design, innovative use of materials and ultimate value for money. As an established diving watch which was revisited and reinvented with today’s watch buyer at its heart, the Tudor Heritage Black Bay Bronze ticked every box. 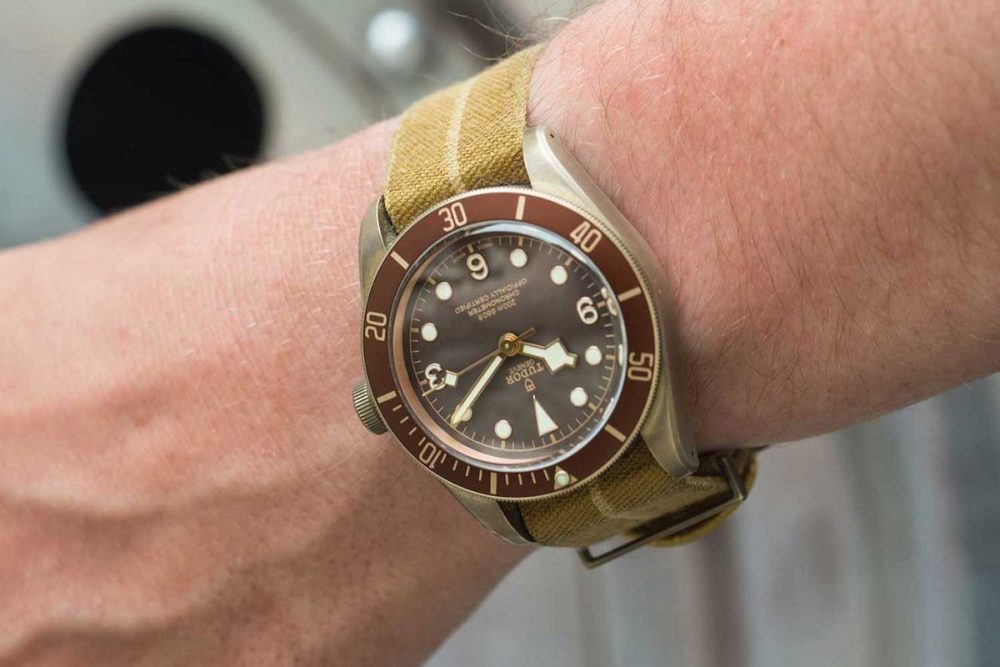 To celebrate the 130th anniversary of Lucerne-based retailer Bucherer, which was in 2018, the retailer unveiled a series of special edition watches all featuring its “Bucherer Blue” colourway. One of the most popular models from this series — which featured brands such as Audemars Piguet, IWC, Ulysse Nardin and Panerai to name a few — has undeniably been the Tudor Black Bay Bucherer Edition; and for good reasons. 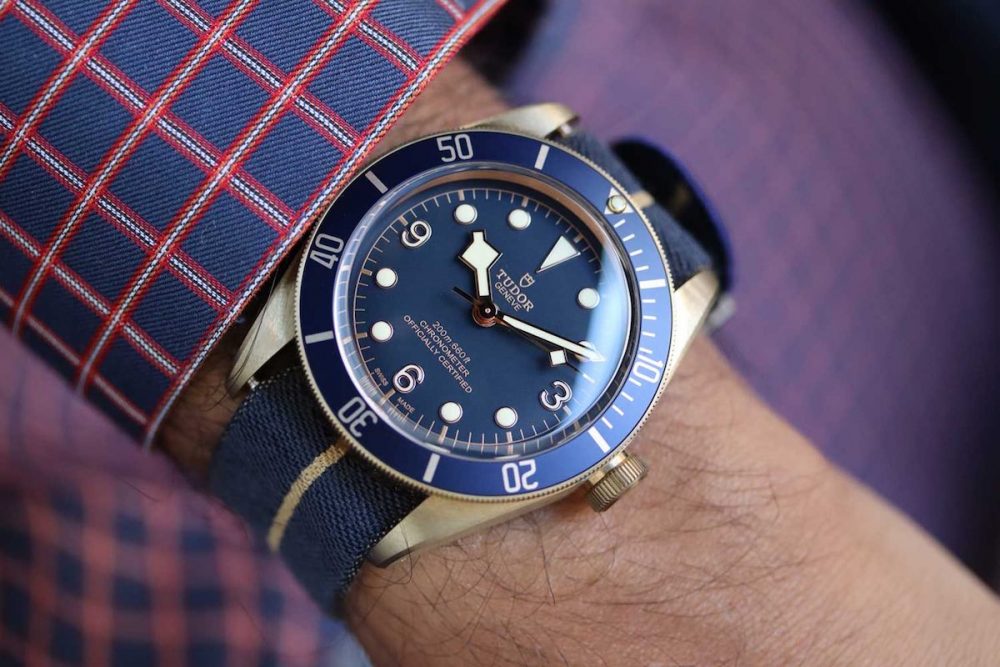 The watch builds upon the already very good Tudor Black Bay Bronze by adding a blue dial and blue bezel insert. It might not be much, but these small aesthetic changes allow the watch to take on a new design language with the contrast of the bronze material with the newly added blue elements. This contrast is then nicely complemented by a gold and blue fabric strap. On the caseback you’ll find a special engraving commemorating Bucherer's 130th anniversary.

The rest of the timepiece remains similar to the original model with a large 43mm case which houses the in-house chronometer-certified caliber MT5601. 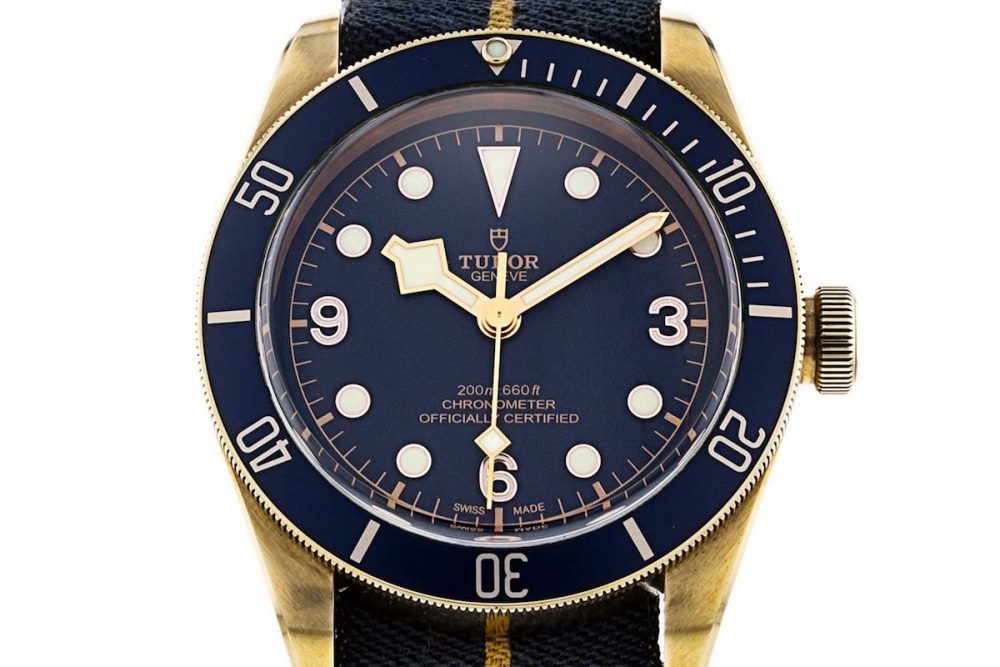 Available normally only through the Bucherer boutique, this special edition — and limited production — of the Tudor Black Bay Bronze has become sought-after by collectors and his sure to become a classic for any watch collector.

Through our partnership with pre-owned specialist Watchfinder & Co., we will regularly bring you a selection of timepieces, and in each instance we will identify and offer the exact models that we think are the most collectable and the best value.Learn more about our partnership here, and don’t forget tobrowse our full selection of pre-owned timepieces here.