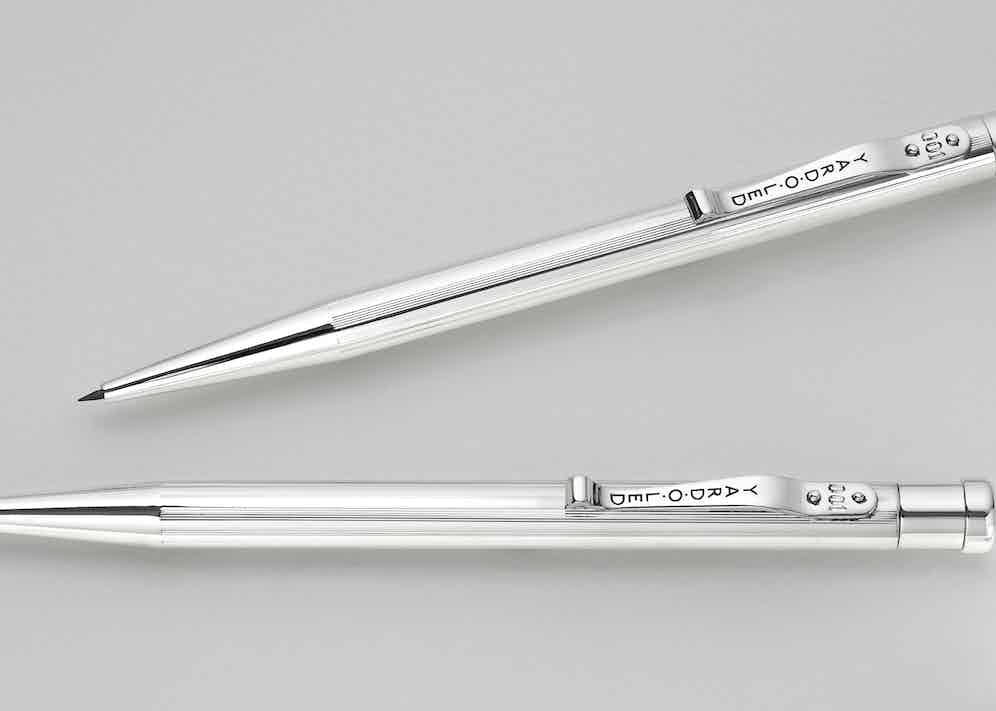 There are things we hang on to and sometimes use long after they’ve been superseded: folding maps and typewriters, rotary phones, camera film, vinyl records, FM/AM radio. Some have aesthetic or nostalgic appeal, others a certain something in their use - a tactility, an authenticity - that is hard to describe but hard to let go of. Their use can imbue an action with meaning.
You may have one one in your pocket. When treaties and other important legal documents are signed, it’s typically done not with a ballpoint but a fountain pen - despite the former’s obvious technical advantages, from lack of clogging to lack of weight. But it’s precisely that weight, and the necessity to focus on the act of writing - and so what that writing signifies - that gives a fountain pen its appeal. It may, on rare occasion, ruin your shirt - but that’s in exchange for giving a touch of romance to every word written with it, even if that’s to sign a cheque, a will or divorce papers, or some other unappealing necessity. Perhaps those are precisely the moments when a proper pen should be used. Such pens are ceremonial, their utility more psychological than practical.
Just such a pen - typically a fountain from the likes of Caran d’Ache and Yard-o-Led, or a rollerball from the likes of S.T. Dupont, though even a humble ballpoint can be given heft and ‘keepability’ by the likes of Graf Von Faber-Castell - is a status symbol of course, akin to a mechanical watch, though less visible and, truth be told, less widely appreciated. Surely this only adds to its allure. 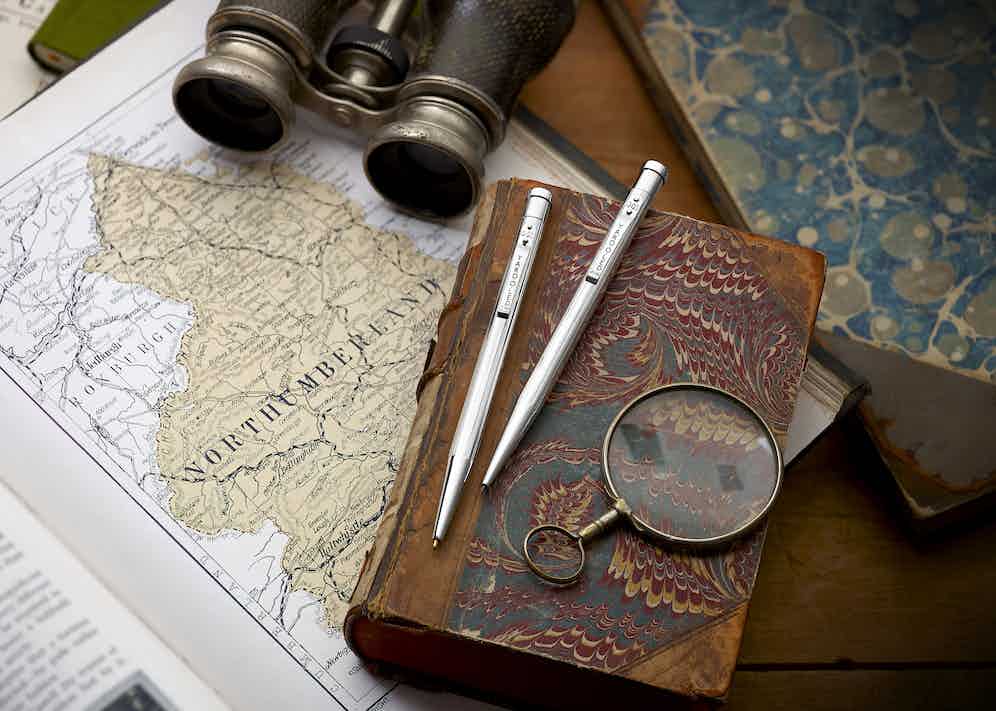 Yes, such a pen is increasingly anachronistic in times when everything is typed rather than written - many desk jockeys will have had that strange experience of picking up a pen and applying it to paper, only to find that it’s as though they’ve forgotten how to write. Perhaps it’s only a matter of a generation or two before knowing how to write is no longer considered an essential aspect of a child’s education. But for every technological advance there tends to be a backlash - and steadily growing sales of fountain (and other proper) pens is the lash back to the written word. Not for nothing did Goethe refer to ink as ‘liquid thoughts’ - its use forces a more ponderous, deeper thinking to what one commits to paper, even if that’s just your shopping list.
The appeal of the pen, like the watch - even of film cameras, record players and the like - is also a product of the appreciation of craftsmanship over convenience. The pen has to master materials and form - being neither too light, nor too heavy, neither too slender, not too chunky, providing grip where needed, which is why a design the likes of (the fantastically-named) Yard-o-Led’s Diplomat has been unchanged since 1934. It has to feel right in the hand. But, harder to pull off, it also has to have perfect balance - like good cutlery or a Japanese katana sword, compared with which the pen, naturally, is mightier.
This emphasis on the quality of build is why there’s also a booming collectors’ market for pens, with those in lacquer, gold or silver, from the 1920s to 1940s, most especially sought. Cover a one-off Tibaldi pen in black diamonds and you can pay £5.9m for it - it’s the most expensive pen sold at auction. Yet there’s good reason to buy new. Ultimately the difference between a great pen and a good one - especially in a fountain model - lies in the nib. Modern nibs are typically more rigid than their vintage counterparts - which is good for the heavy-handed, brought up as they may have been on ball-points - but, thanks to advances in manufacturing and metallurgy, they also write much more smoothly (though, since the nib takes on its resting shape in response to its owner’s handling, it’s true that one shouldn’t share one’s pen with anyone else) The fountain pen may not yet be entirely a thing of the past, but the scratchiness one might associate with using one is. 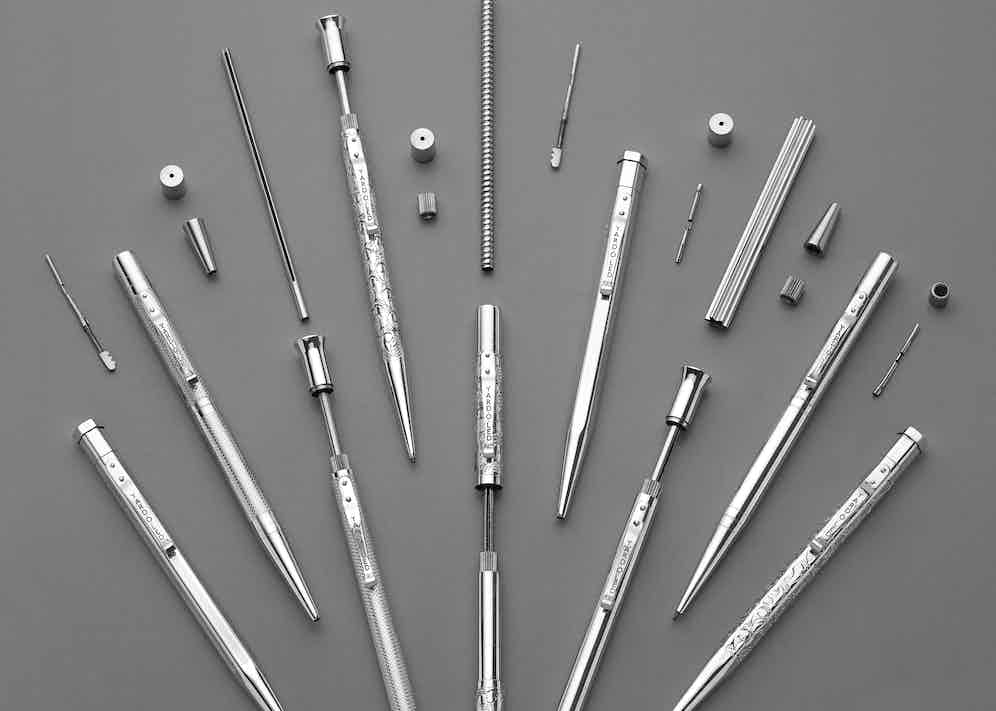 Certainly the fountain pen is not a new idea - remarkably the first prototype for a pen that carried its own ink supply dates to 1636, when German inventor Daniel Schwenter first proposed setting one quill inside another. The Germans, in fact, have been responsible for most developments in pen-craft - the likes of iridium-tipped nibs, after it was discovered that the inks corroded the gold; or the use of special rubbers that didn’t turn brittle over time. The modern nib - with an air hole and grooved feed mechanism, fixed to a barrel that doubled as a reservoir - was the invention in 1884 of an insurance salesman, one Lewis Waterman, who no doubt delighted in signing bits of paper.

Yet since then the stationery market has been far from stationary. Indeed, contrary to expectation perhaps - fighting a losing battle as digital diehards might argue - the fountain pen keeps advancing. Recent years have see the advent of smoother pistons, meaning loading a pen with ink is easier; the ink itself has been refined to more free-flowing; barrels, if not in a precious metal, are made from reinforced resin or celluloid, which gives both strength and a warmer handle; while ink feeders made from ebonite - a rubber and sulphur compound - feed the ink to the nib as fluidly as any rollerball. Such advances mean that a fountain pen is all the more capable of dealing with changes in air pressure, so actually you’re much less likely to disembark your long-haul flight to find a blue blotch has blossomed on your chest.
It need not be blue. Black ink, according to cod-psychological analysis, is said to express the executive type of personality, brown the arty type, while red - as with underwear in the same colour - is for large egos and extroverts. That way, you’d also look as though you’d just been shot.