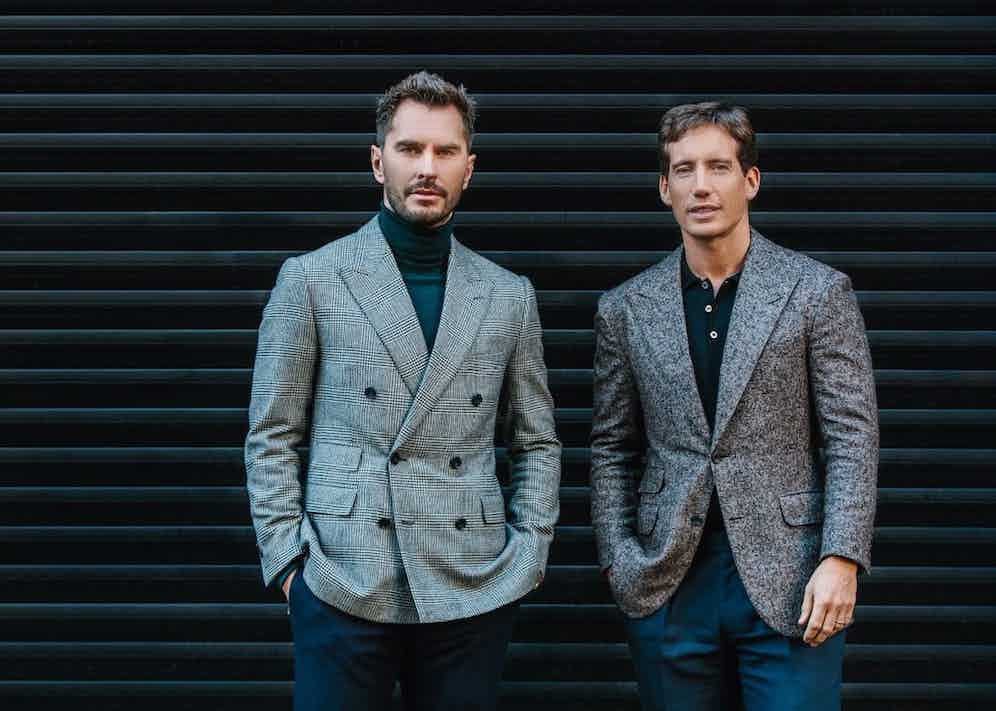 Thom Whiddett first met Luke Sweeney when they were working together at Timothy Everest in 2003. The pair initially set up “shop” in a room in London’s Mayfair in 2007 where they took private orders. The first Thom Sweeney store opened in 2009, on the site of a former art gallery on nearby Weighhouse Street. Ready-to-wear launched on Mr Porter in 2013, a second physical store, on Bruton Place, followed in 2014 with the New York outpost opening in late 2017.

Like their stores and approach, the Thom Sweeney cut is simultaneously relaxed yet polished. The soft shoulder feels natural, comfortable and relevant; at the same time, the chest is canvassed for structure and the waist nipped in flatteringly, as is the British custom. In short, the best of both worlds.

While their cut is perhaps contemporary by traditional standards, Thom Sweeney is not a designer brand. It represents timeless style with a modern sensibility; they make garments to last years, not seasons.

Today, the name Thom Sweeney is internationally recognised. Their ready-to-wear is stocked in the most discerning retailers around the world, while their bespoke tailors travel far beyond Mayfair’s confines to the world’s capitals.

“Thom and I, along with the whole team, wanted to help in whatever we could. We launched our ecommerce site earlier this year, with 10% of all proceeds being split between NHS Heroes and New York City Mayor’s COVID 19 Emergency Relief Fund. So getting involved with Wei and the team to help support this auction was an easy decision. Get bidding!”

Please see here to view all of the auction lots.