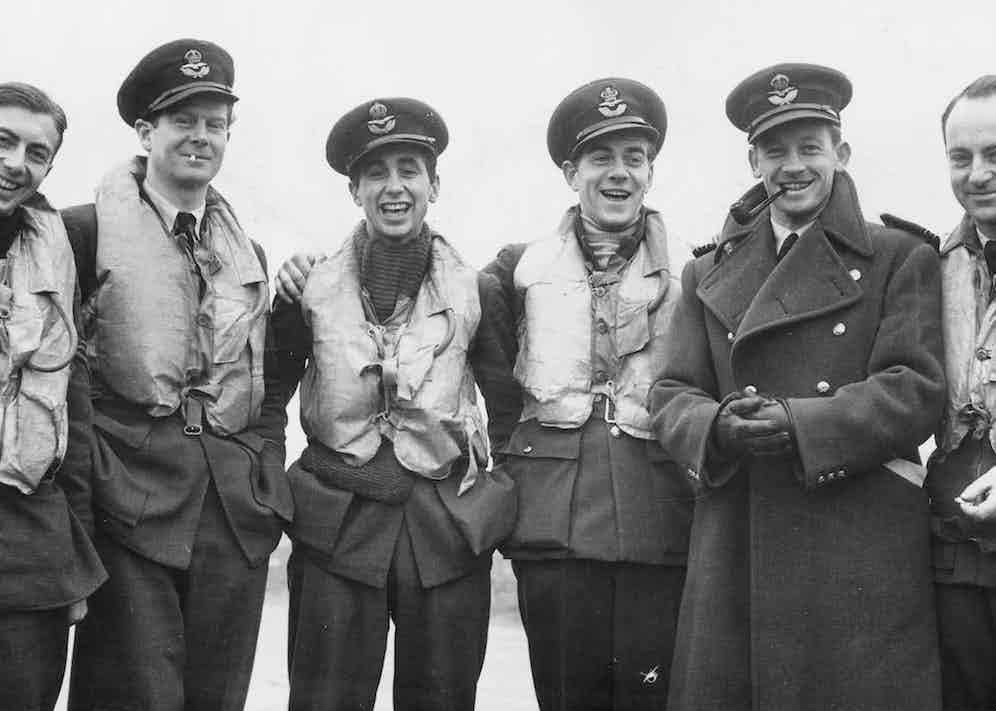 Pilots of 601 Squadron, the County of London squadron, at RAF Northolt in west London in January 1941 (Photo via Getty)

On paper, the squadron formally established at R.A.F. Northolt in 1925 should have been anything but an elite battle unit — and could easily have remained anything but had two global alliances not gone to war as the middle of the 20th century approached. Its men were recruited not in some pristinely tidy but fusty-smelling room with strategic maps and charts lining its walls, but in a particularly hedonistic corner of White’s — the Mayfair club whose former members include Edward VII, Lord Rothschild, Evelyn Waugh and Beau Brummell — by an old Etonian aviator and raconteur, Lord Edward Arthur Grosvenor (son of the 1st Duke of Westminster).

Grosvenor was a man partial to knocking back a couple of glasses of Sicilian fortified wine before breakfast, who’d done a stint in the French Foreign Legion, and who carried a silver-topped cane when on the ground and a loaded sawn-off bespoke J. Purdey & Sons shotgun in the cabins of his two Blériot monoplanes. He “chose his officers from among gentlemen of sufficient presence not to be overawed by him and sufficient means not to be excluded from his favourite pastimes — eating, drinking, and White’s,” according to Tom Moulson, a former 601 pilot and author of The Millionaires’ Squadron: The Remarkable Story of 601 Squadron and the Flying Sword. 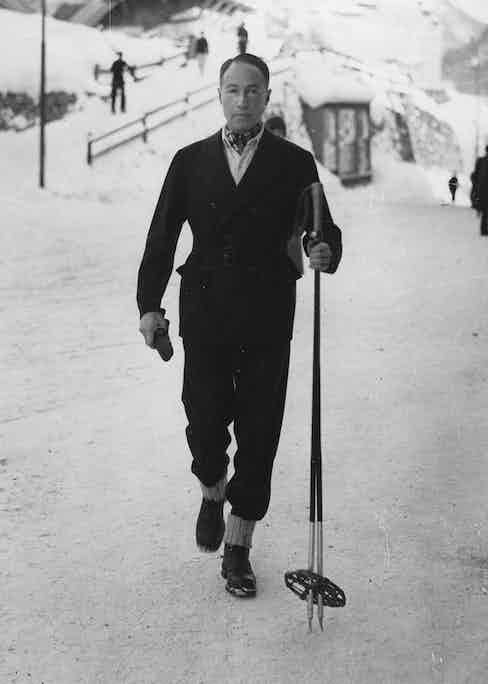 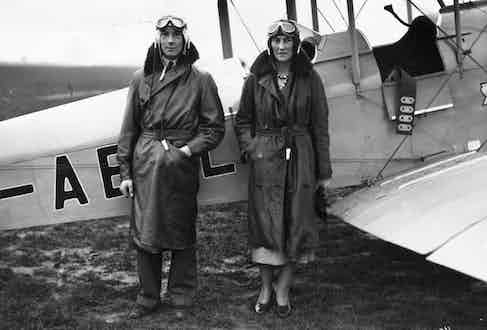 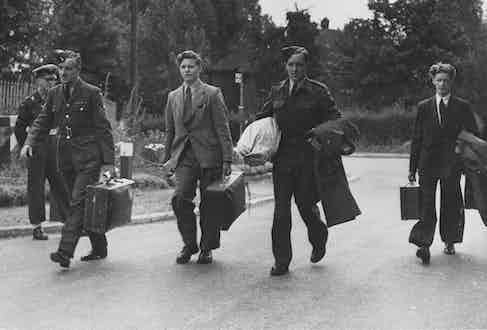 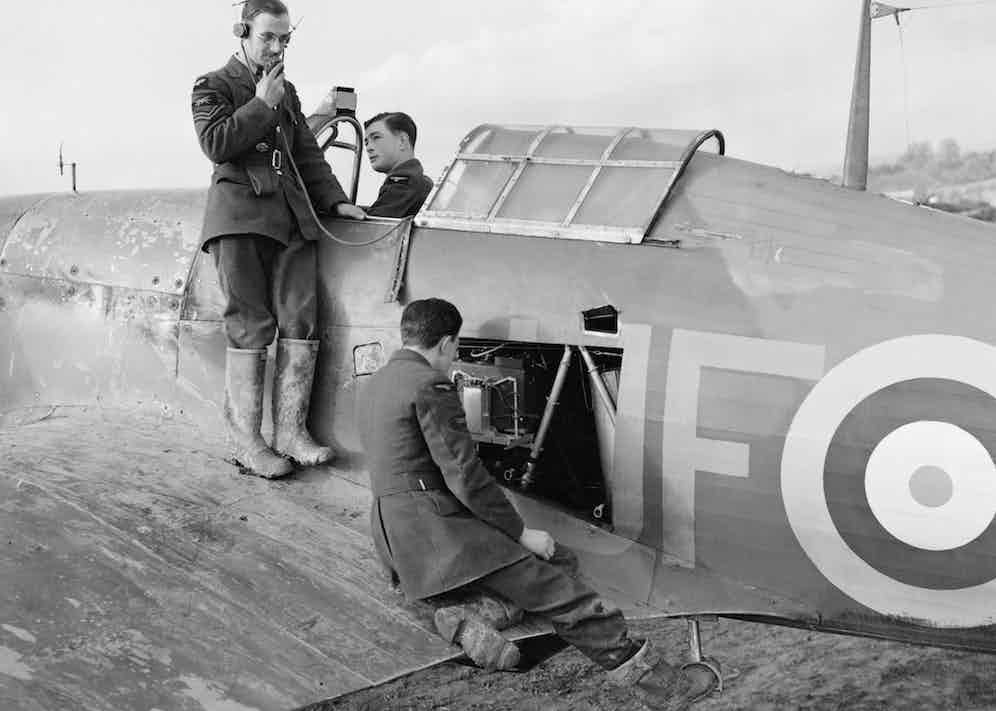 It was perhaps inspired by the exploits earlier that century of the Wright Brothers in North Carolina that the first Chief of the Air Staff, Lord Trenchard (aka the ‘Father of the R.A.F.’), had conceived the idea of auxiliary bands of amateur pilots who could be deployed in the event of war breaking out, though it’s unlikely he’d have approved of the well-oiled flippancy of an enlisting process. One early recruit was Brian Thynne, a man who initially took exception to Grosvenor, deeming his suit to be too shiny and his shoes scuffed (although he’d go on to admire him hugely). Preferring horses to planes when the two first met (indeed, he had an almost pathological aversion to combustion engines), what Thynne lacked in aviation smarts he made up for with his C.V. (Eton to the Sussex Yeomanry via Oxford) as well as the requisite tally-ho attitude and a nimble intellect. He soon found himself undertaking the obligatory training. This involved aerobatics for altitude recovery as well as take-offs and landings. He then went off and purchased himself a Simmonds Spartan aircraft for £620, and was all set for the skies. 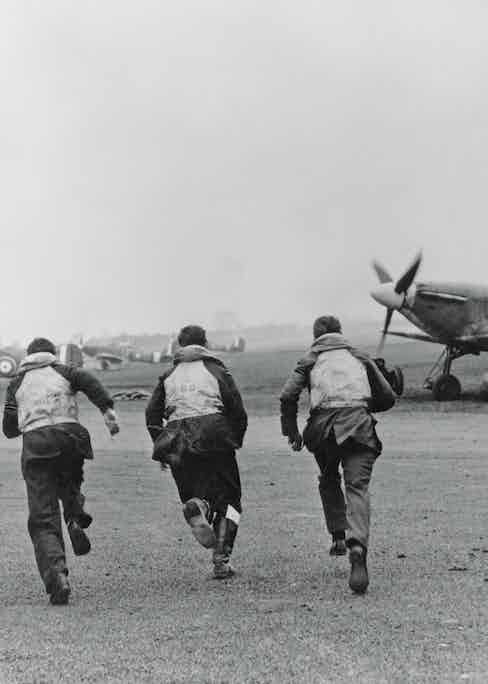 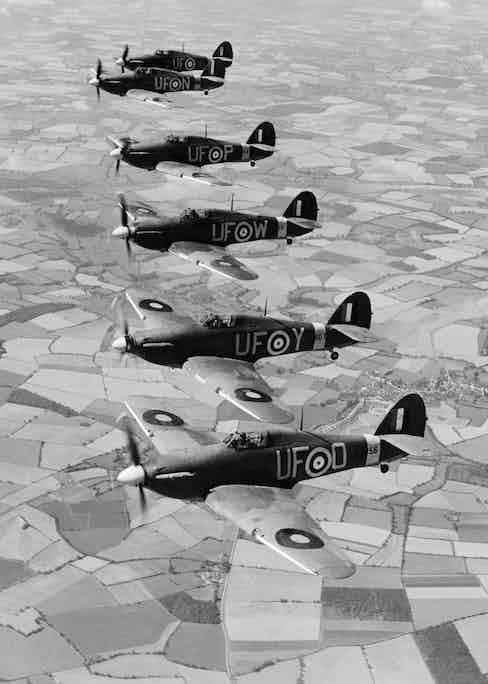 Another early recruit was Thomas Loel Evelyn Bulkeley Guinness, who hailed from the banking side of that family. Guinness had once financed the purchase of Royal Navy minesweeper the Calypso for a derisory one franc a year, then leased it to Jacques-Yves Cousteau for his oceanic exploits, and was one of the first private citizens in England to own an aeroplane, having trained at Sandhurst military college as well as serving for a stint in the Irish Guards. But it was his three marriages that captured public attention: to Joan Yarde-Buller, who later left him for Aly Khan (their offspring would go on to marry his stepsister from his father’s third marriage); to the Palm Beach socialite Lady Isabel Violet Kathleen Manners; and to Dolores Maria Agatha Wilhelmine Luise. 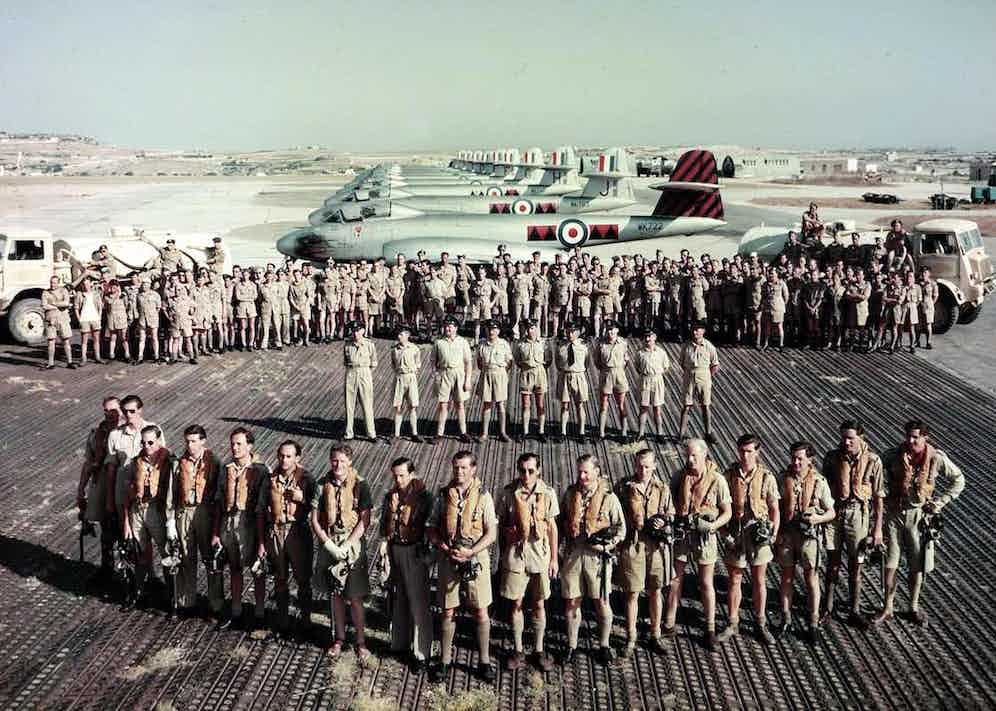 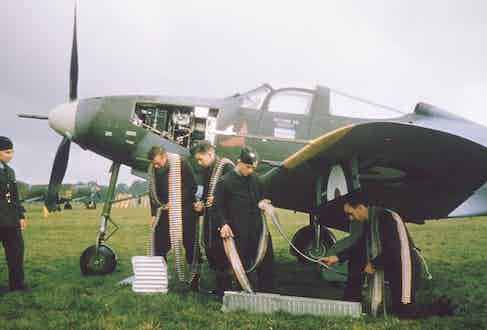 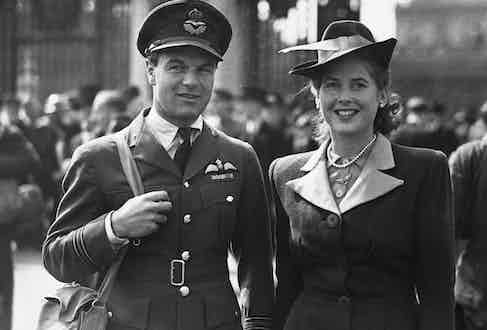 The penchant for tomfoolery that was forged by these men’s privilege calls to mind the patrons of Wodehouse’s fictional Drone’s Club — whose name is, of course, a humorous nod to the frivolous life of the idle male bee that lives off the efforts of others. Spurning regulation black ties for blue ones, and lining their uniform tunics with scarlet silk, their off-duty hobbies included playing polo on motorbikes and bizarre initiation ceremonies, including one that involved coaxing new recruits to climb onto a high shelf at their Notting Hill headquarters and drenching them in soda water.

This article first appeared in Issue 73 of The Rake.