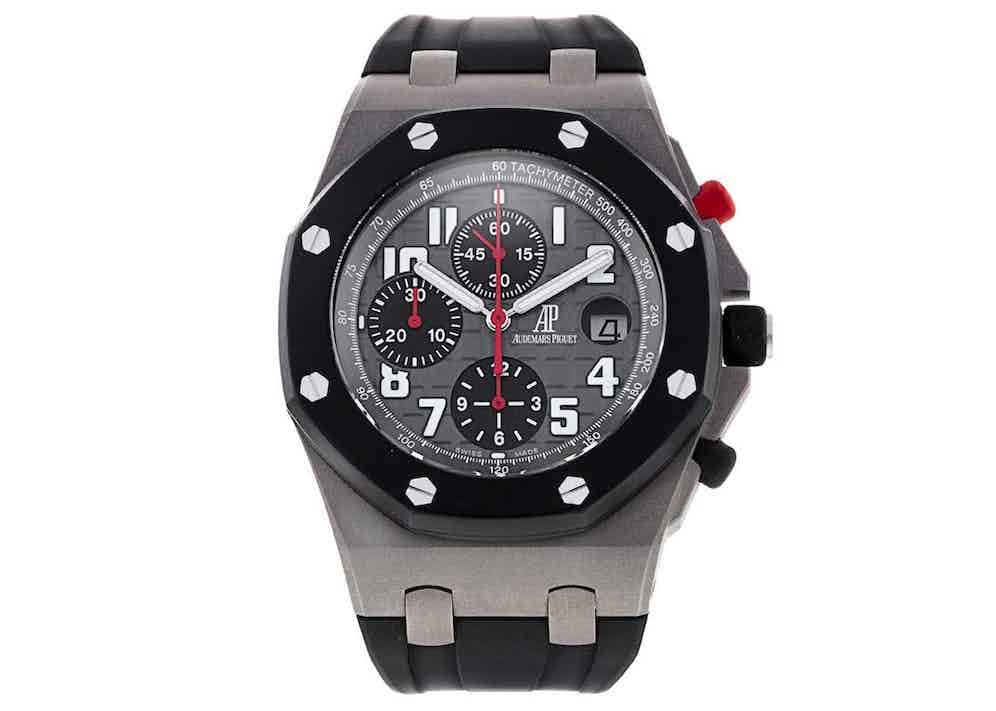 The genesis for the Royal Oak Offshore came about when Stephen Urquhart, joint managing director of AP at the time, tasked a young designer named Emmanuel Gueit in the late ’80s to come up with a larger version of the Royal Oak. The purpose behind this mandate was to conceive a watch that would stimulate flagging sales of the Royal Oak by appealing to a younger audience, as well as to give men a chance — in light of the growing trend of women wearing men’s watches — to continue to have the bigger watch. 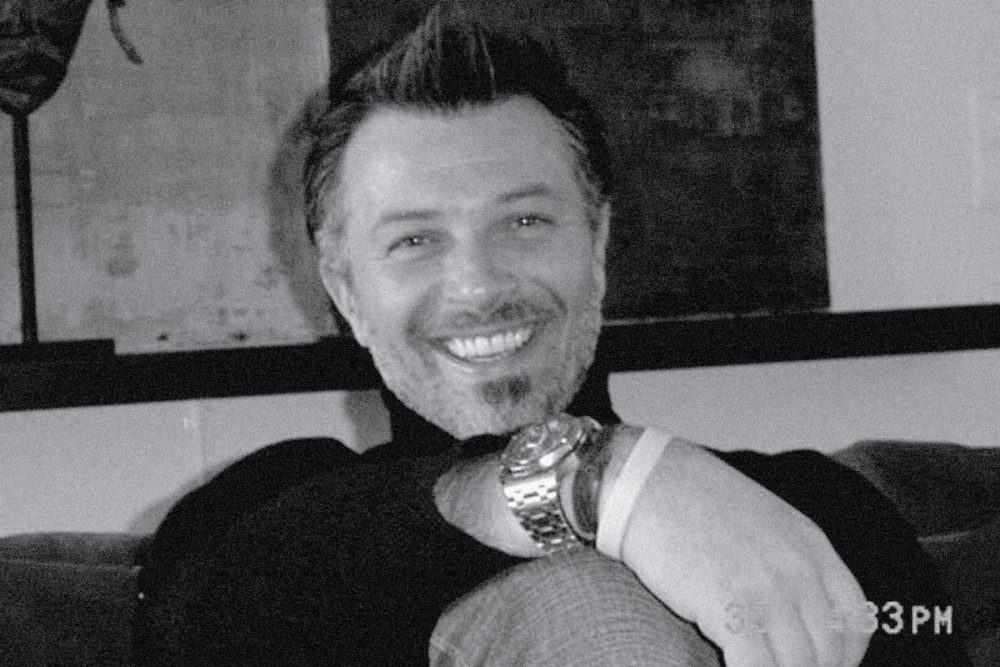 Emmanuel Gueit, the designer of the Royal Oak Offshore.

Much controversy was unleashed at the then-unheard-of 42mm diameter of this stainless-steel behemoth when it was released in 1993, and Gérald Genta himself — the father of the original Royal Oak — was said to have burst into the AP stand at BaselWorld, denouncing the Offshore as having ruined his original design. 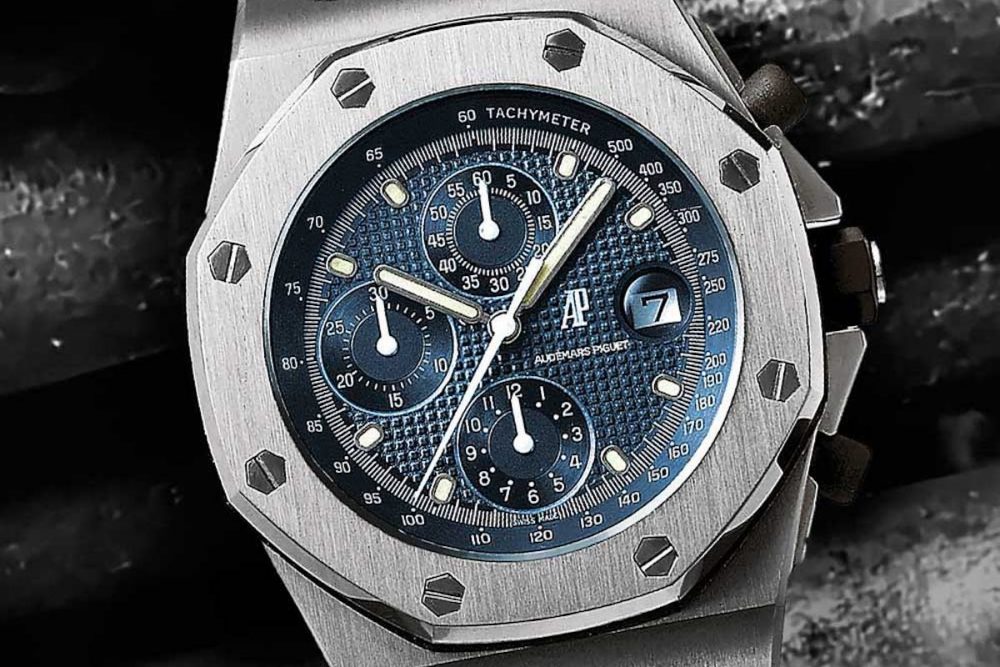 The Royal Oak Offshore broke through the size barrier with its 42mm case in 1993, establishing an unheard-of precedent for large-sized watches. Coming with the blue dial to echo the original Royal Oak, it was the first of the Offshore line.

Today, the Offshore could not be more different, or varied, and the spirit has evolved to embrace myriad forms. The first models in stainless steel, gold and platinum, have given way to ever-more-exotic materials, with titanium, carbon, ceramic, cermets and even rubber versions on offer. The materials innovation hence propagated has even resulted in a forged-carbon Offshore in the form of the limited-edition Alinghi Team model of 2007.

We believe that there are many iterations of the Royal Oak Offshore which are under the radar in the collecting community, this is why we are happy to bring a selection of limited edition Offshores which have the potential to become future collectibles. 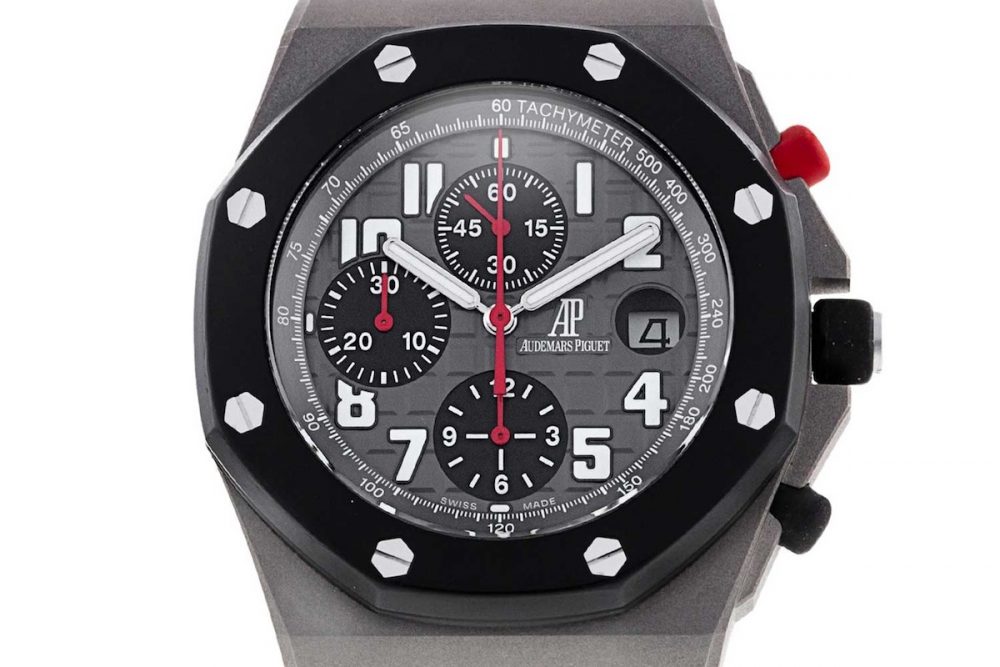 The Audemars Piguet Royal Oak Offshore Gstaad Classic Limited Edition, made in a small run of only 50 pieces.

The 2009 Audemars Piguet Royal Oak Offshore was created as a limited edition of 50 pieces to celebrate their partnership with the Gstaad Classic, a Classic-Car rally taking place on the winding roads of the Alps, punctuated by timed stages on closed roads around one of the most beautiful villages in Switzerland – Gstaad.

The watch is part of the Rubberclad family of Royal Oak Offshore with a fully vulcanized Rubberclad bezel and, just like any Royal Oak watch, wears larger than its advertised size. Here the 42mm case wears more like a 44mm further highlighting the ‘big watch’ feel of the timepiece.

What makes this watch highly attractive, besides its low production number, is the matte-finish titanium case and clasp which pair down the mass of the watch. For anyone looking to wear a large watch without having to endure the heavy weight, there is no better partner.

The dial features the mega-tapisserie pattern with large arabic white gold numerals filled with Super-Luminova to match the white gold baton hands in the middle of the watch. Touches of color will come in the form of red hands for the Chronograph and the subdials, and also on the top chronograph pusher. 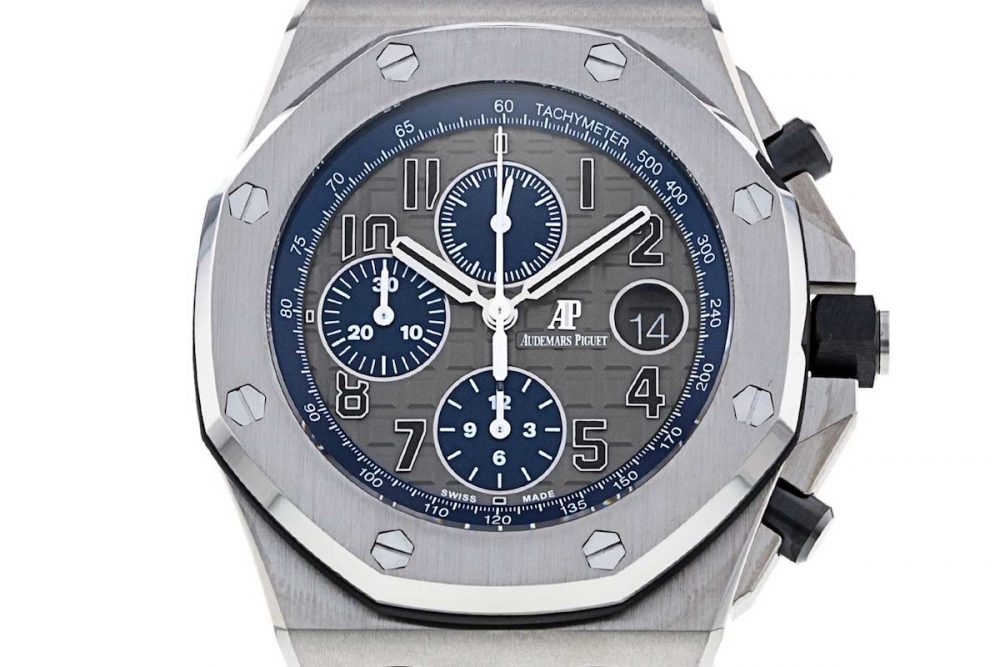 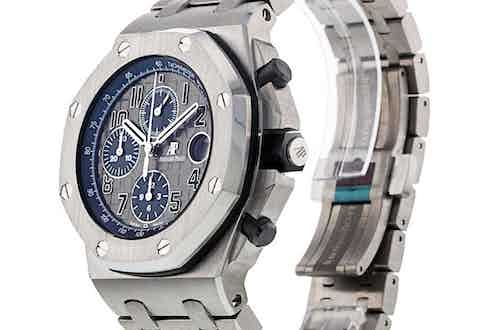 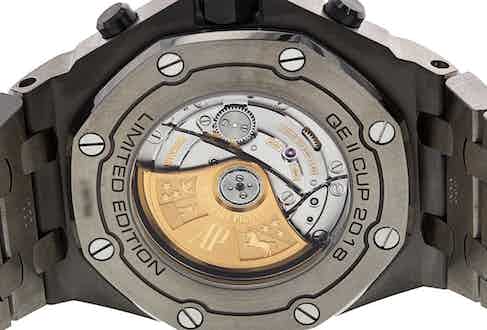 The Audemars Piguet Royal Oak Offshore Selfwinding Chronograph "QEII Cup 2018", is presented within the iconic “Royal Oak Offshore” collection in a limited edition. Only 200 pieces were made, in celebration of the famous “Queen Elizabeth II Cup” horse race that’s been sponsored by the brand since 1999.

The watch comes with a 42 mm titanium case that boasts see-through sapphire crystal back. This model is equipped with the 3126/3840 movement that comprises 365 parts, contains 59 jewels, and works at a frequency of 3 Hz (21,600 vibrations per hour). The movement is wound automatically and offers a power reserve of 50 hours.

With its titanium case, bracelet and AP folding clasp, the watch becomes an ultra-light and wearable timepiece that is beach-ready due to its 100 meters water-resistance. There is no denying that attractiveness of the piece created by the contrast of grey and blue all over the watch.

Through our partnership with pre-owned specialist Watchfinder & Co., we will regularly bring you a selection of timepieces, and in each instance we will identify and offer the exact models that we think are the most collectable and the best value.Learn more about our partnership here, and don’t forget tobrowse our full selection of pre-owned timepieces here.