Though rock is now filed firmly in the Heritage section alongside jazz and folk, its official history still rules our thinking about popular music. Everything started with Elvis Presley, the wisdom still goes, and before him there was only dross. Nat King Cole is one of the great victims of this belief, his decades of work reduced to a single function. Like Slade, Mariah Carey, The Pogues and Bing Crosby, he is a fixture of our lives in that narrow window between the middle of November and Boxing Day, when we hear his impossibly rich voice launch for the 74th year running into the The Christmas Song, reminding us of chestnuts roasting on an open fire and Jack Frost nipping at our nose.

He deserves much more. Just as that effortlessly seductive voice still charms its way into our minds each year, his influence is more deeply ingrained in the culture than we would think. His style influenced a generation of singers, from Ray Charles to Sam Cooke and Marvin Gaye, who in turn influenced many more, all the way up to the present. And Cole was more than the sum of his records, a superstar on the scale of those we still revere from later eras — so successful, in fact, that his record company, Capitol, later home to The Beatles, The Beach Boys and The Eagles, was known as the House that Nat Built. 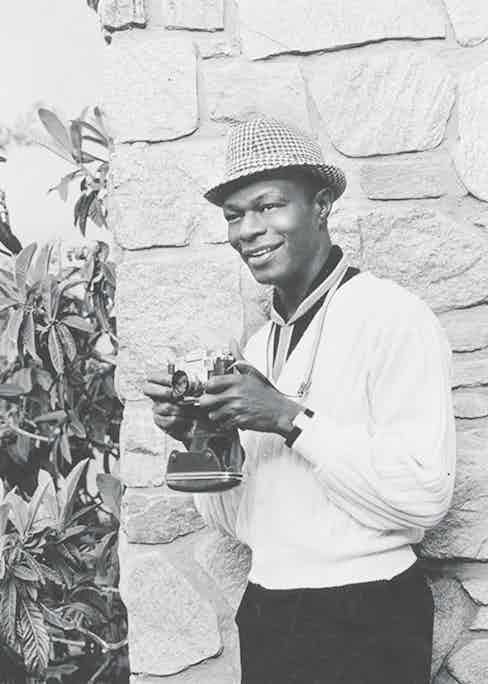 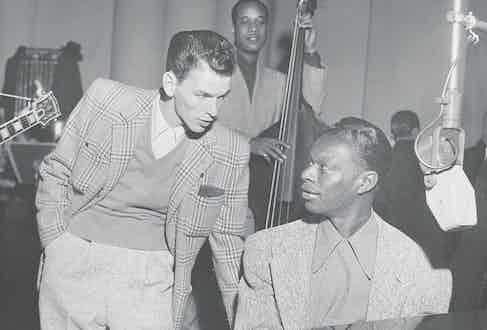 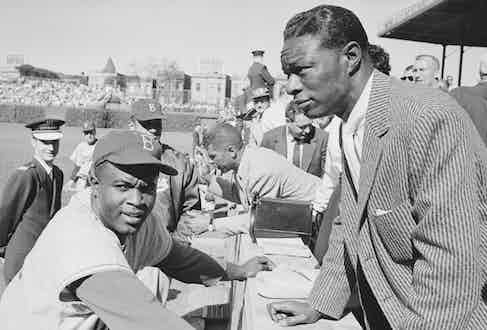 His story, too, is richer than almost all those rock legends, full of ambition and chance, choices both good and bad, obstacles overcome and the triumph of talent. From the start, there was also disguise, his presentation a carefully calibrated mix of disparate elements. His sophisticated city style spoke of a childhood spent in Chicago, but Cole was really a southerner, born in 1919 in Montgomery, Alabama. While his Baptist-minister father bequeathed him the clear enunciation that was an important part of his appeal, his mother, the organist in her husband’s church, gave him his first gift, lighting the spark of a career as a pianist. An education in religious music was expanded by evenings spent sitting outside Chicago’s nightclubs to hear the greats of the era, including Louis Armstrong, and at 15 he dropped out of high school to pursue a career in music. 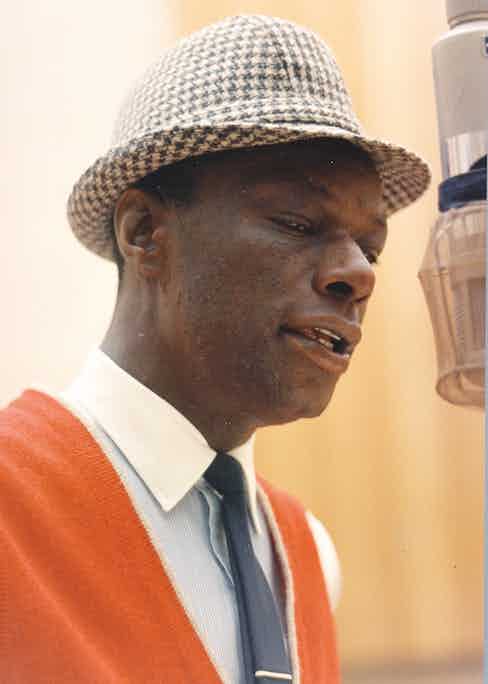 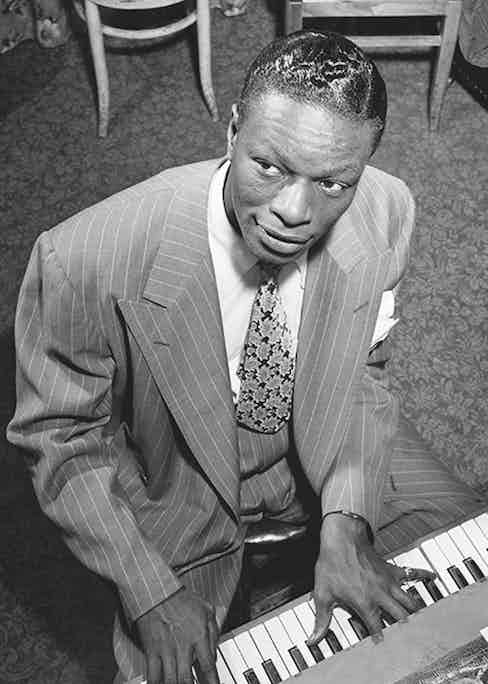 Initially, this was alongside his brother in his six-piece band Eddie Cole’s Swingsters. The two then joined a travelling revue, Shuffle Along, which was where he met his first wife, Nadine. When the show ended, he tried his hand playing piano in clubs in Los Angeles before returning to Chicago to form his King Cole Trio, accompanied by a guitarist and bassist. He was by now an exceptional jazz pianist; though later fame would eclipse this talent, he was an acknowledged influence on both Oscar Peterson and Ray Charles, and great enough for many to mourn his move into crooning. 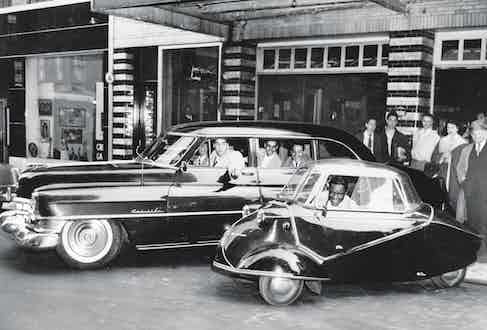 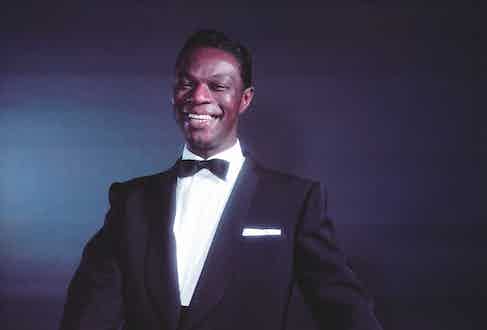 Legend tells that this transformation came by chance, when an audience member called for him to sing and he decided to give it a go, revealing a baritone voice of astonishing smoothness, warmth and expression. The song he chose that night, Sweet Lorraine, became his first hit, and, beside occasional sections in concert, the piano was relegated to a supporting role. As the 1940s went on he became the most successful singer in the country, putting even Frank Sinatra in the shade with a succession of songs that combined the finest lovelorn sentimentality and string-heavy romantic arrangements with the conviction and precision of his delivery. Beside hits with definitive versions of such future standards as Nature Boy and Unforgettable, there was Mona Lisa, which spent five weeks at the top of the Billboard chart in 1950, backed by an arrangement by the great Nelson Riddle.