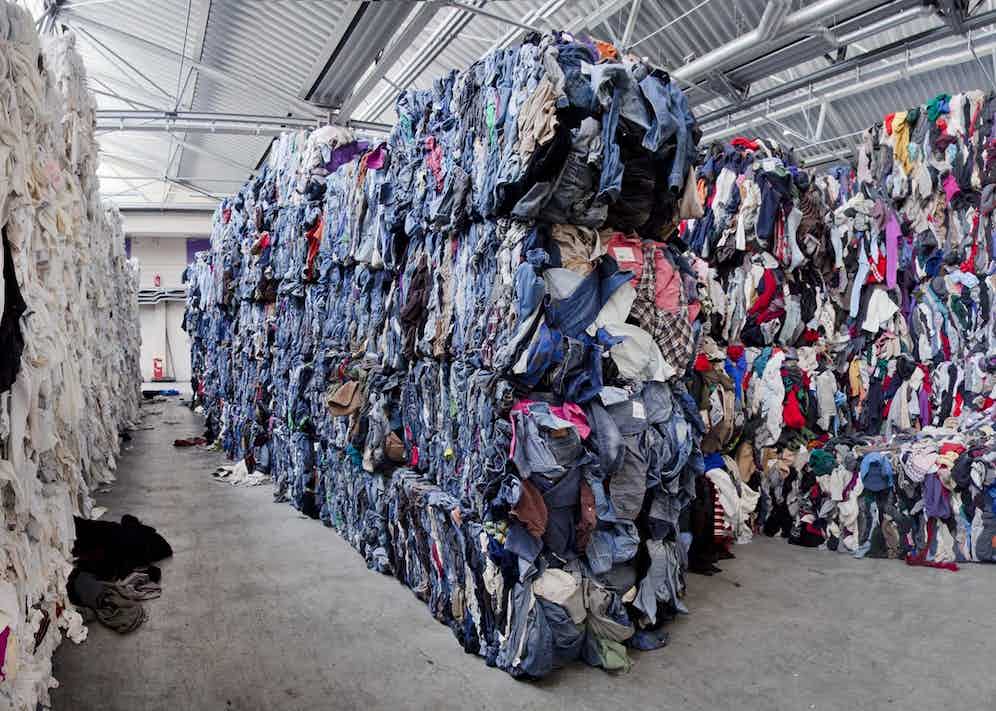 The I:CO plant in Germany, where clothes destined for landfill are turned into car seats.

Frequently accused of being among the world’s worst polluters, garment makers and fashion brands of all levels, shapes and sizes are coming under growing pressure to decrease their environmental footprint. This week, however, it has not been the ecological impact of the production of clothing but rather its needless disposal that has been in the spotlight.

Speaking at the Copenhagen Fashion Summit, an annual event focused on balancing style and sustainability, France’s Deputy Ecology Minister Brune Poirson lashed out at the wasteful, environmentally damaging practice of fashion and luxury brands destroying excess product. “Too many companies feel OK with just throwing away or destroying the shoes or the clothing that haven’t been sold,” he said. “You can’t do this anymore. It’s shocking.”

Rather than see their brand devalued when stock turns up in outlet stores, many fashion and luxury brands prefer to dump in landfills, shred or incinerate unsold items from previous seasons. The practice became widely known when Burberry, one of the most transparent major fashion labels, admitted to destroying some £29 million in unsold merchandise during 2017. (The company has since discontinued incinerating excess stock.)

Burberry may have been among the few honest enough to admit to it, but countless other luxury brands quietly do the very same thing. Even leading watch companies have destroyed or broken down and recycled tens of millions of dollars’ worth of exclusive timepieces to prevent the devaluation of stock in circulation.

However, it isn’t just high-end brands mindful of maintaining an image of exclusivity that torch or toss leftovers. H&M may have denied a Danish TV investigation’s allegation that they’d incinerated 60 tons of new, unsold clothes over a five-year period, the company arguing that the clothes were spoiled or contaminated. Nevertheless, it is telling that a power plant in the Swedish town of Vasteras, where H&M founded its first store, relies for a percentage of its energy on burning ‘defective’ garments the fast fashion behemoth isn’t able to sell.

In another corner of Scandinavia, at the Copenhagen Fashion Summit, Poirson said the French government would pursue an official ban on destroying perfectly good product if industry figures failed to band together and take action of their own volition. One such fashion power player, Kering CEO Francois-Henri Pinault has already heeded the call. During an interview at the Copenhagen summit, Pinault said, “The fact that this is how we’ve always done it doesn’t mean we should continue.”

Kering, which owns brands including Gucci, Saint Lauren, Balenciaga and Brioni, is considered among the most eco-aware companies in luxury. Pinault said he is committed to reducing fashion’s footprint and has been charged by French President Emmanuel Macron with leading a coalition of fashion industry leaders, working together to set far-reaching sustainability goals.

“Even if we don’t have solutions for everything, let’s commit,” Pinault said, highlighting issues such as plastics, ocean health, climate change and renewable energy. “We really need to define targets together. The first stage is to choose three or four objectives that are top priority for the industry and commit to working towards them together to find solutions… we will reach a level that none of us individually could reach by working alone.”

It will be interesting to see what solution the luxury giants find to the problem of disposing of excess stock. Most will remain reluctant to see their product turn up in the wrong stores, at the wrong price, or on ‘the wrong people’. Yet the alternatives are few. Recycling clothes into textile filler and insulation is incredibly wasteful and labour intensive, requiring human hands to remove buttons, zips and other adornment before items are shredded. Mixed fibres are difficult to reuse in this way. Incinerating garments and capturing the heat for power recoups a tiny fraction of the energy used in the textiles’ and garments’ production, and burning synthetic fibres can release toxic fumes. No wonder this practice is referred to as fashion’s dirty little secret.

Destroying viable clothing — especially, beautiful handcrafted garments — isn’t simply a pity. It’s a shame. The Rake Values stands firmly in opposition to this wanton waste. We hope to prove by example that there is a better way.