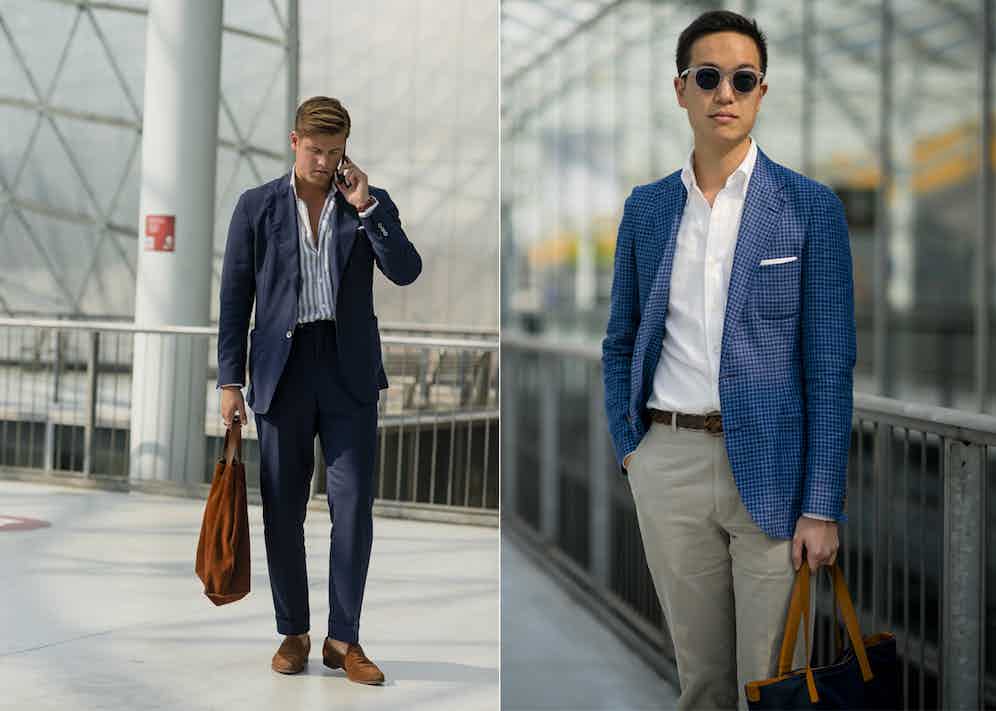 There’s a reason the navy blue suit is arguablythe sartorial mainstay. Whether you’re light-skinned or dark, or anything in between; whether you be blond, brown, black-haired or ginger; tall or short, stout or slim — a solid navy suit looks great on basically everybody. But studies suggest our affection for blue runs deeper than mere flattering aesthetics. To begin with, blue is overwhelmingly the world’s favourite colour. In a 2015 international YouGov survey conducted across 10 countries, blue proved far and away the most popular choice, winning at least a quarter and in most cases, roughly a third of the vote. In Britain and the United States, 40 percent of men chose blue.

While it can also be associated with sadness (ergo, “got the blues”), traditionally, blue has been considered the colour of intelligence, serenity, reliability, trust and security. Brands adopt blue as their corporate colour to play off these perceptions. Automobile manufacturers including Ford, Volkswagen and Mazda. Financial companies such as Amex, JP Morgan or PayPal. Airlines like Pan Am, United, ANA and KLM. Medical and pharmaceutical operators Pfizer, Roche, the NHS and Blue Cross. All assert safety and trustworthiness with honest-to-goodness blue logos. (Facebook does the same, but we’re beginning to see through the ruse.) By wearing blue, subconsciously, we communicate those same values to the people we encounter. Blue is calming and is believed to reduce appetite (dieters are advised to eat off blue plates), it encourages the observer to slow down and make more considered decisions — fiery colours like yellow and red are thought to do quite the opposite, hence McDonalds’ vibrant livery. Nevertheless, blue attracts attention. Perhaps this is because, aside from the sky and sea, blue is relatively rare in nature. Think about it, there are scant few blue plants or animals, and hardly any blue foods. 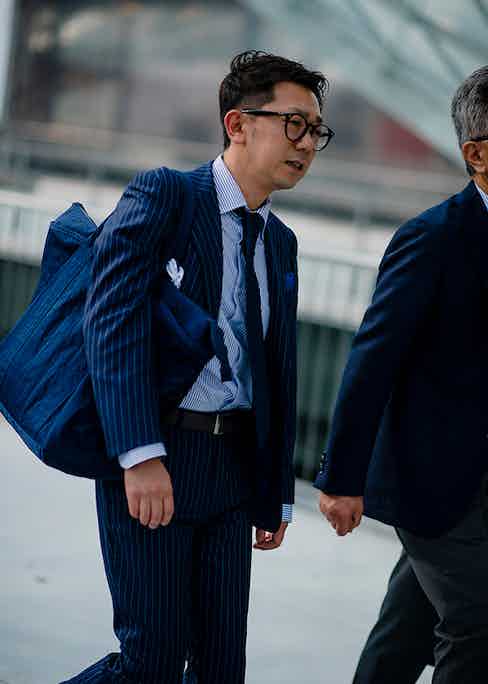 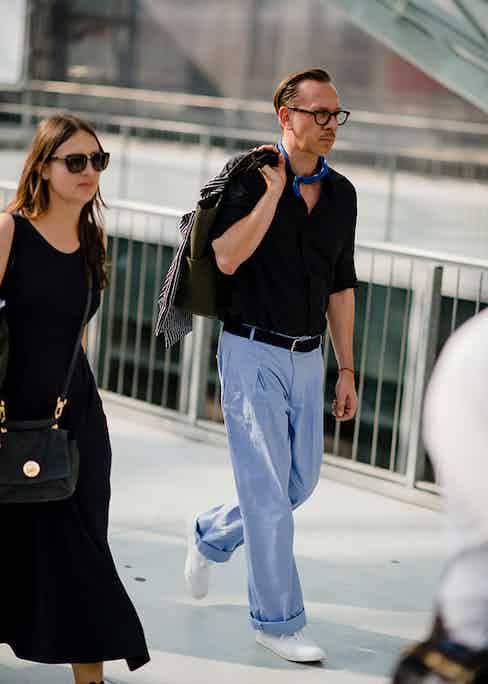 Many ancient cultures believed in the power of colours to heal (so-called ‘chromotherapy’ was practised by the Egyptians, who used blue to relieve pain), but in the modern era, surprisingly little study has been done into colour’s impact on mood or wellbeing. Dr. Jonathan Ramsay, Senior Lecturer (Psychology) at James Cook University, Singapore, says mixed research results mean “the jury is still out on the psychological effects of colour more generally, and blue in particular”.

Dr. Ramsay does cautiously declare, “There is some evidence that seeing the colour blue has positive psychological effects”. He adds, “Several studies have shown that exposure to blue light increases subjective alertness and performance on attention tasks, so it does seem like blue light helps in maintaining focus.” Anecdotally, gazing upon blue appears to decrease anxiety and boost calmness, making wearing blue the savvy choice in any high-pressure workplace or environment. Many offices are decorated in blue to create a calming effect, but if laying on blue wallpaper and drapes seems a step too far, Dr. Ramsay says placing a collection of blue items on a work desk could also work. Similarly, sporting a navy suit, pale blue shirt and blue tie at a meeting will very probably give those you’re seated with a sense of calm and greater faith in your intellect and reliability. We can guarantee it’ll give them utter trust in your good taste. 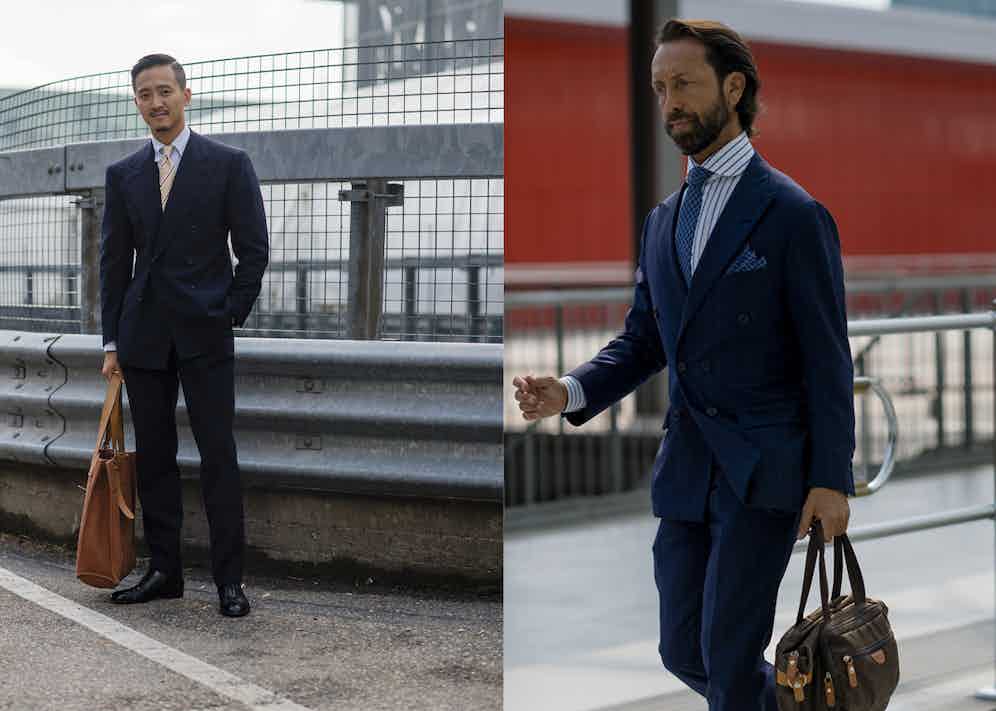 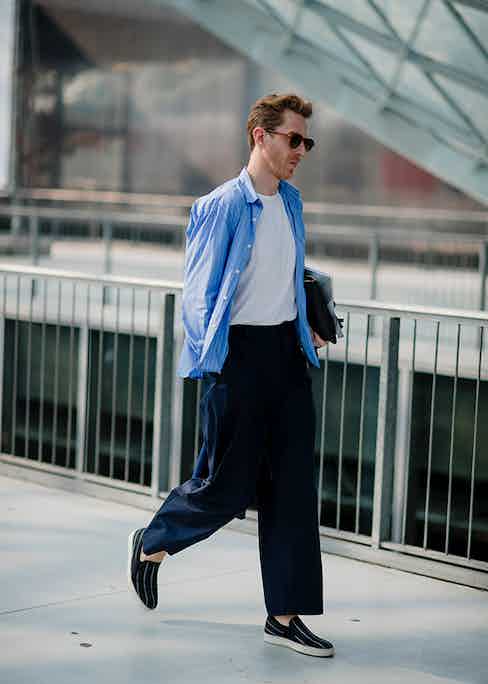 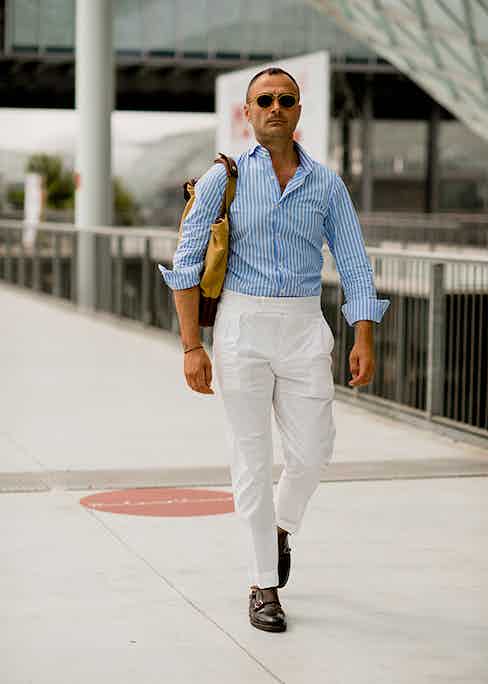