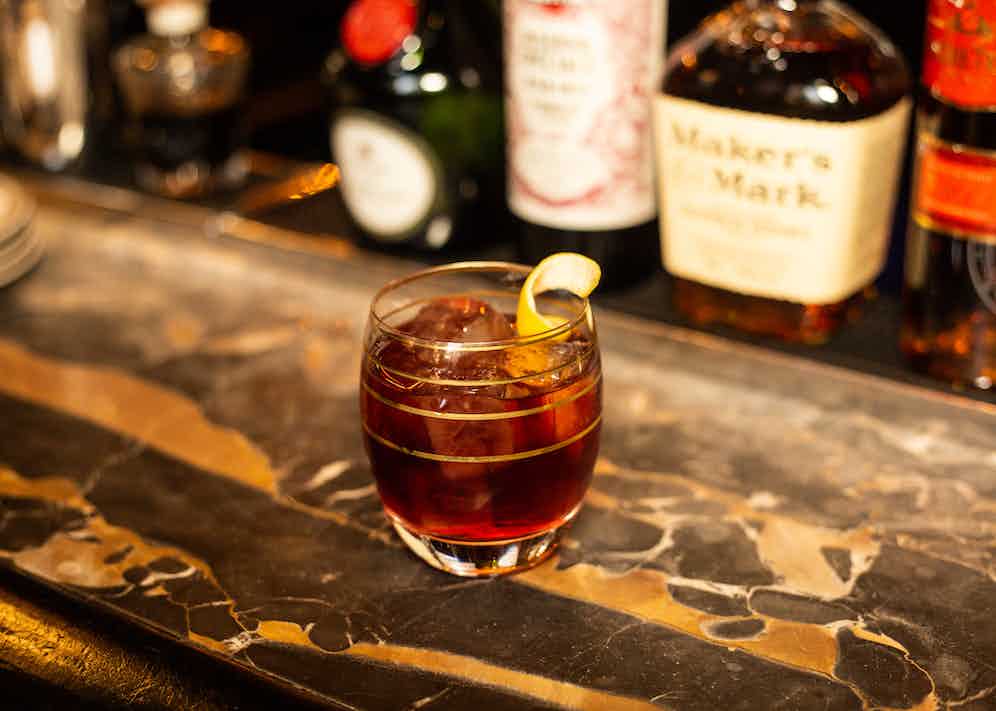 When the weather conditions turn less than favourable, there are few better things to do than hunker down with a stiff drink and think of England. A visit to The Wolseley for one of the iconic London institution’sexceptionalcocktails will of course always be first choice, but if the prospect of leaving the house seems unbearable, we have things covered with our partners on Piccadilly.A Vieux Carré cocktail - smooth, sophisticated and packing just the right amount of punch, perfect for thosedrearywinter evenings spent with feet up by the fire, surrounded by old friends, or - better yet - luxuriating in the bliss of a rare moment of solitude.

We asked The Wolseley’s bartender Dennis Sadovyak to talk us through it:

"The Vieux Carré is a classic cocktail from New Orleans, named after the French Quarter - it translates literally to ‘old square’. New Orleans was big on cognac, as it was a French colony. This is a combination of cognac, bourbon and the speciality here which is benedictine, an ancient herbal liqueur that is said to have been developed in 1510 by monks. The monks were the most religious but happened to make the best beer and the best liqueurs. For cognac, we’re usingMaxime Trijol VSOP Grande Champagne cognac.The bourbon we’re using is Maker’s Mark. It’s a wheated bourbon, so it’s slightly sweeter than other ones. The combination of that and angostura bitters, which is water, ethanol, herbs and spices; and Martini Riserva Rubino, the luxury brand of Martini. It’s aged for a longer time, for 16 months in oak barrels, with over 60 different herbs and spices. Essentially it’s a fortified red wine. We add ice, the bartender’s free commodity - traditionally, the recipe doesn’t call for ice but we’re using it today. The garnish is going to be lemon zest and twist. We skin the lemon, what we want is the essential oils. The zest gives it an aroma and enhances the taste, so we have citrus coming through and sweetness; the grapes of the cognac and the wheat of the bourbon all blending together.

If you can create it according to the right specs, I’d say you’re drinking a piece of history."

Combine all ingredients in a tumbler over cubed ice, stir and garnish with a lemon twist. 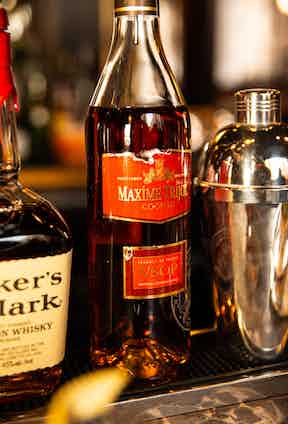 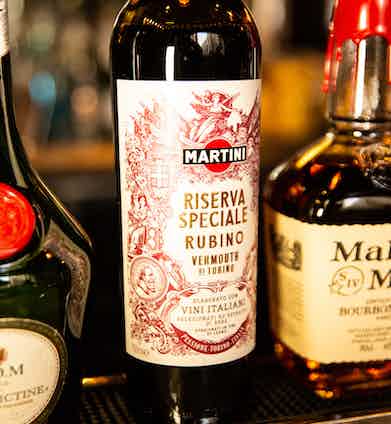 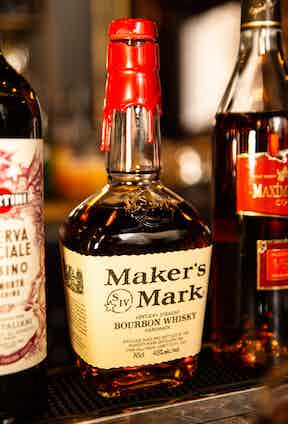 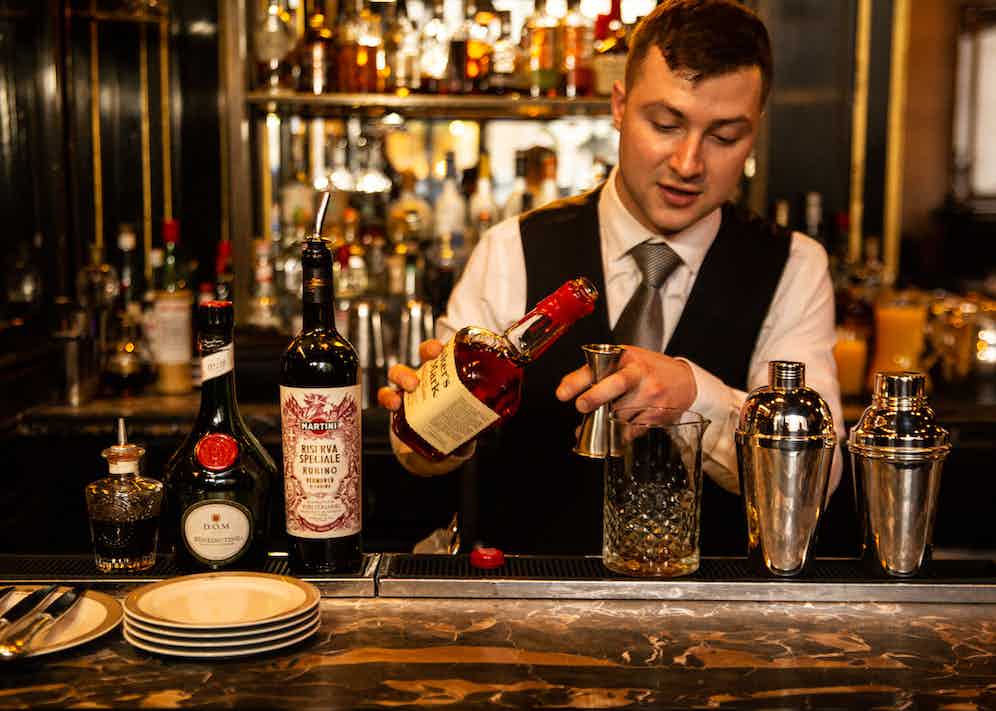 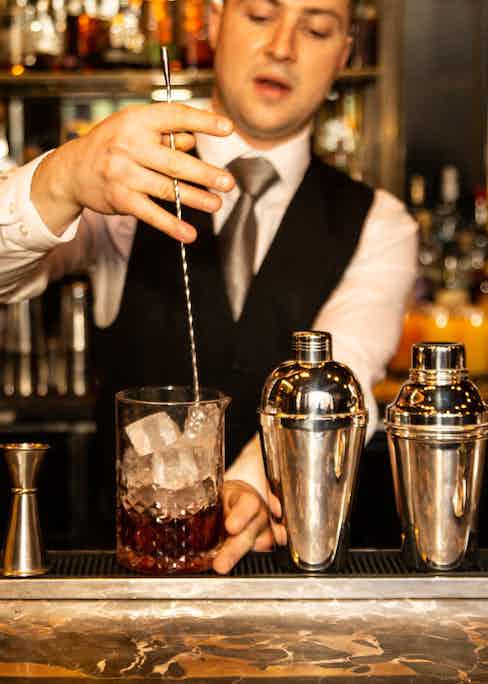 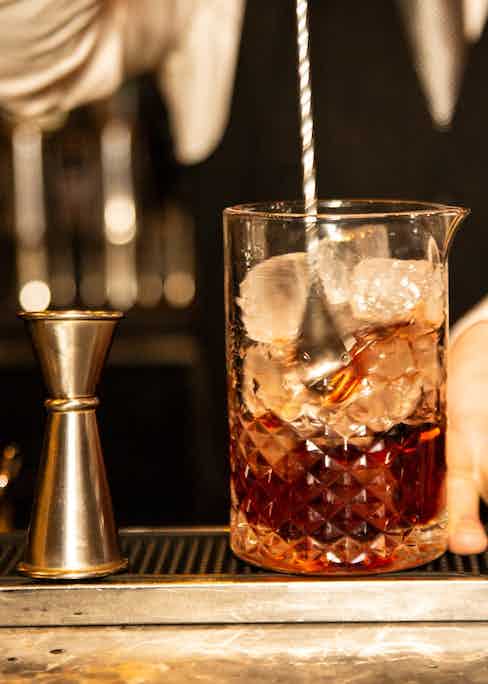 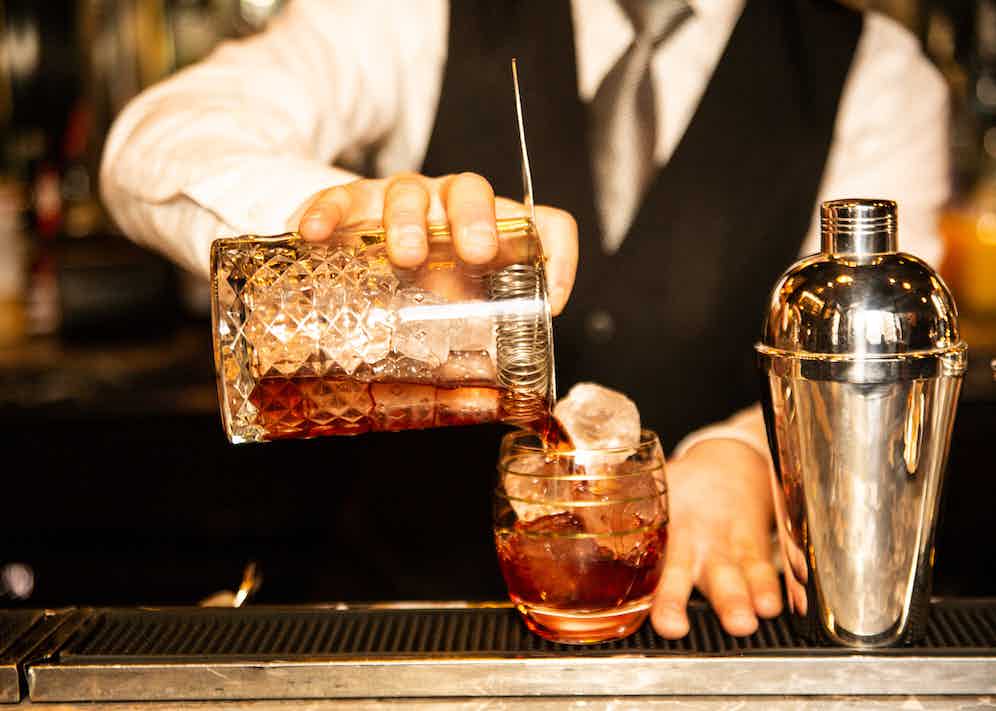 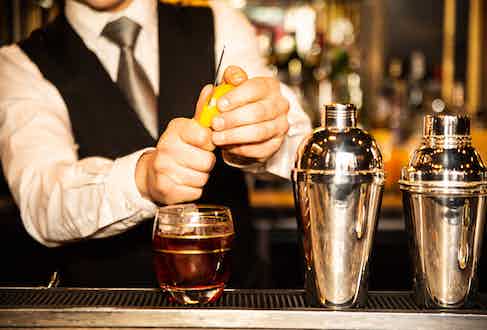 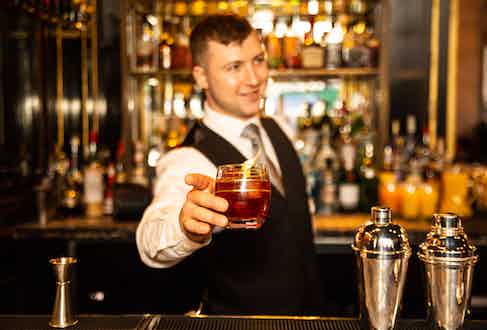