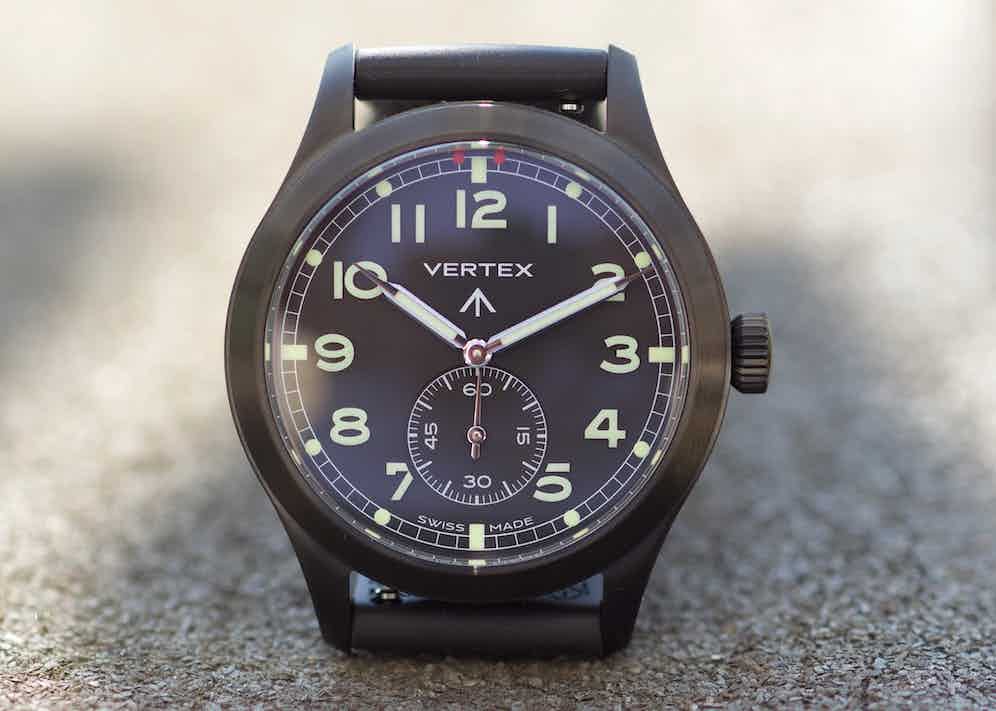 The Vertex M100B follows the M100 that was launched last year but features a diamond-like coating and boasts a 42-hour reserve.

It was 1944 and the Battle of Normandy had just ignited between the Nazis and the Allies. The clash only lasted for a matter of months and resulted in the Allied liberation of western Europe from the Nazis' control. Meanwhile, back at home, the Ministry of Defence had commissioned 12 watch companies, which were selected by the British government, to produce a timepiece that was fit for war. These watches later became known as the 'Dirty Dozen'. They were sold exclusively to the military and issued to its soldiers, although the men were typically not allowed to keep them, despite their dedication to the cause. Each of the watches featured a broad arrow symbol on the dial underneath the logo, pointing towards 12 o'clock, indicating something that was “property of the crown”.

Vertex was one of this illustrious group of 12. It went on to produce watches well after the war, but eventually, the firm was wound up in 1972. It wasn’t until last year when Don Cochrane, the founder's great-grandson, relaunched the brand. This week we see Vertex launch its newest edition: a DLC coated M100B to mark a year since the revival.

The Vertex M100B follows the M100 that was launched last year. This first reference was made in a run of 600 timepieces and only made available through a referral. You’ll be pleased to know that the M100B is limited to 150 watches and does not require a referral to pick one up.

Much like last year’s M100, the case is 40mm in stainless steel – though now in black DLC. The movement is a custom ETA 7001 mechanical movement (robust as hell) with rhodium finish and Cotes de Geneve decoration. It’s hand wound, in keeping with tradition, and boasts a 42-hour reserve (which, like any tool watch worth its salt – has a closed caseback). Having spent some time with both models, this new black case really accentuates the raised Super-Lumi Nova Arabic numerals.

The watch comes in a killer Peli case with three straps (one black rubber two-piece strap and two bespoke nylon NATO-style strap in black and red). The M100B is a watch that operates under the radar and exudes that stealth mode-feel that every guy needs in their life.

The watch is £2,625 and available via www.vertexblack.com. 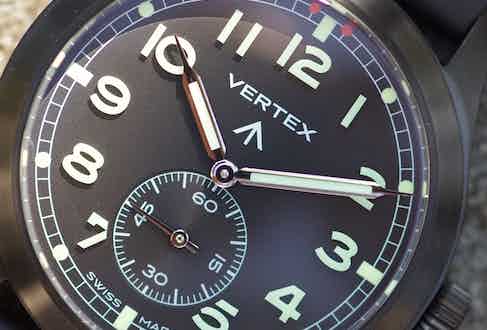 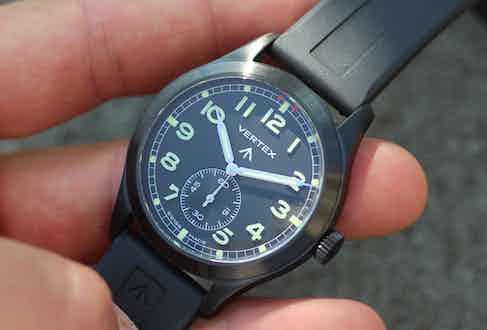