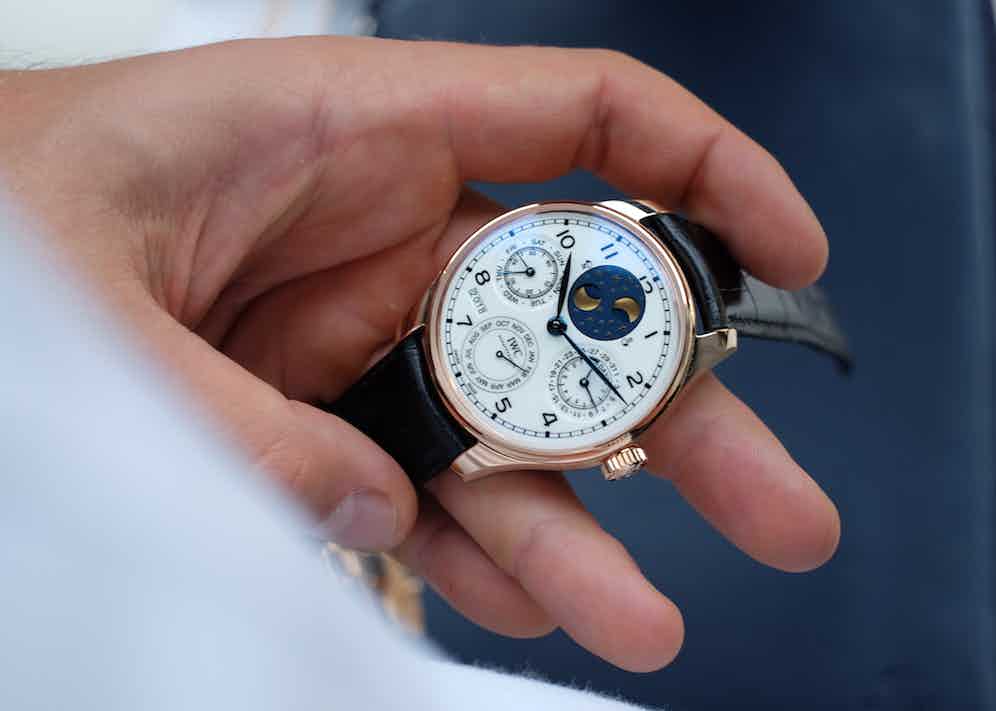 If you possess even the remotest of interest in the comings and goings of the horological world (and I’m confident you do as you’re an individual of rakish taste) you will be well aware that IWC, or the International Watch Company, is celebrating its 150th anniversary this year.

It all began way back in 1868 when the American watchmaker and engineer, Florentine Ariosto Jones, decided to travel to Switzerland. With a highly qualified Swiss crew and a large assembly of the most modern machinery from overseas, he embarked on his venture with the ambition of manufacturing high-quality mechanisms and watch parts for the American market. He had a unique combination of skillsashe was both a sharp businessman and an excellent watch designer. Some years later after its foundation, the ownership of the "American" watch factory was taken by Swiss hands.

In 1880, Johannes Rauschenbach-Vogel bought the company. Four generations of the Rauschenbach family followed and owned IWC under various names. The manufacturer showed IWC's spirit of innovation in 1885 with the first pocket watch with digital indication, according to Mr Pallweber's patent. This year, IWC released several limited editions, including the Pallweber pocket watch, both in the form of a wristwatch and a pocket watch. However, my personal favourite piece, and focus for this introduction, is the glorious Portugieser Perpetual Calendar (on a side note, IWC also launched a Portugieser Perpetual Calendar Tourbillon Edition“150 Years” which brings a perpetual calendar together with a tourbillon on the dial for the first time).

The Portugieser Perpetual Calendar Edition“150 Years”(Ref. IW503405) is limited to 250 watches, all in a 44.2mm 18-carat red gold case, with a white dial, lacquered finish and blue hands. The watch is powered by the IWC-manufactured 52615 calibre with Pellaton winding device which generates a power reserve of seven days. The movement has a solid gold rotor, which we have become familiar with over the years, and two barrels. The perpetual calendar is a triumph of watchmaking because it automatically recognises the differing lengths of the months as well as leap years and will require no adjustment until 2100. The double moon display depicts the moon as a mirror image that is correct for both the northern and southern hemispheres and that will only deviate by 1 day from the actual cycle of the earth’s satellite after 577.5 years. The Portugieser Perpetual Calendar Edition ''150 Years'' comes on a black alligator strap by Santoni and will, without a doubt, be good for another 150 years.

Further details can be found here. 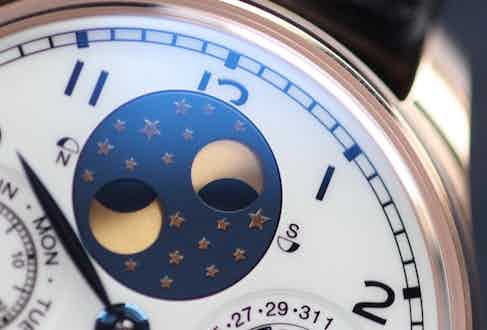 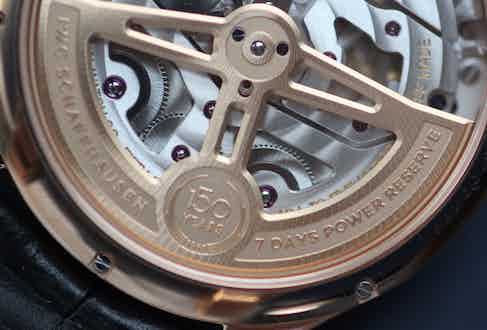 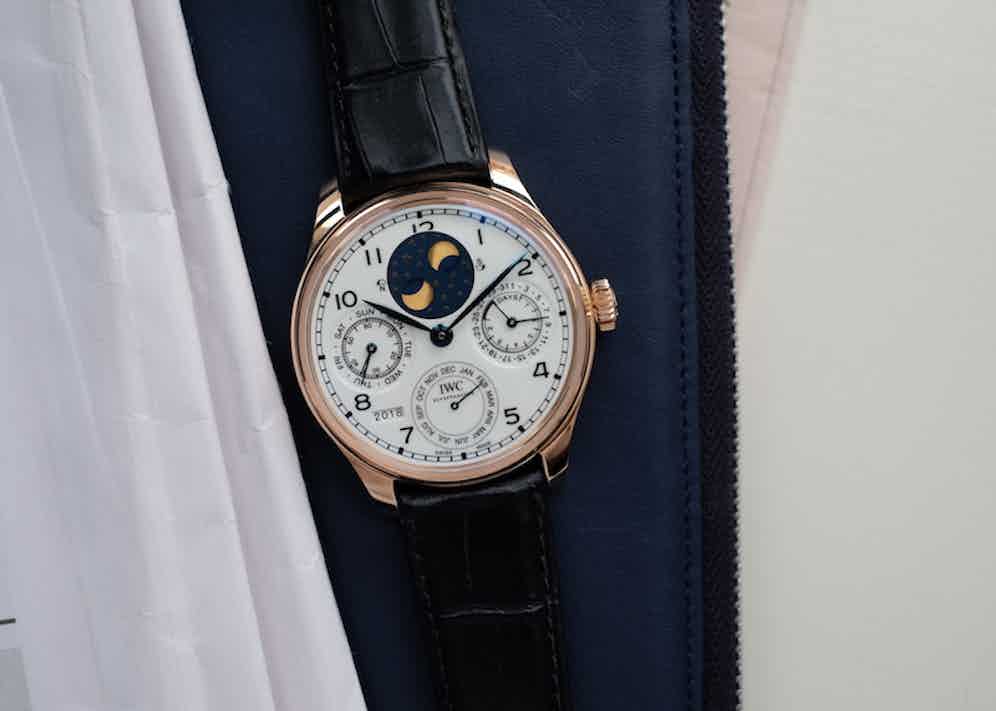