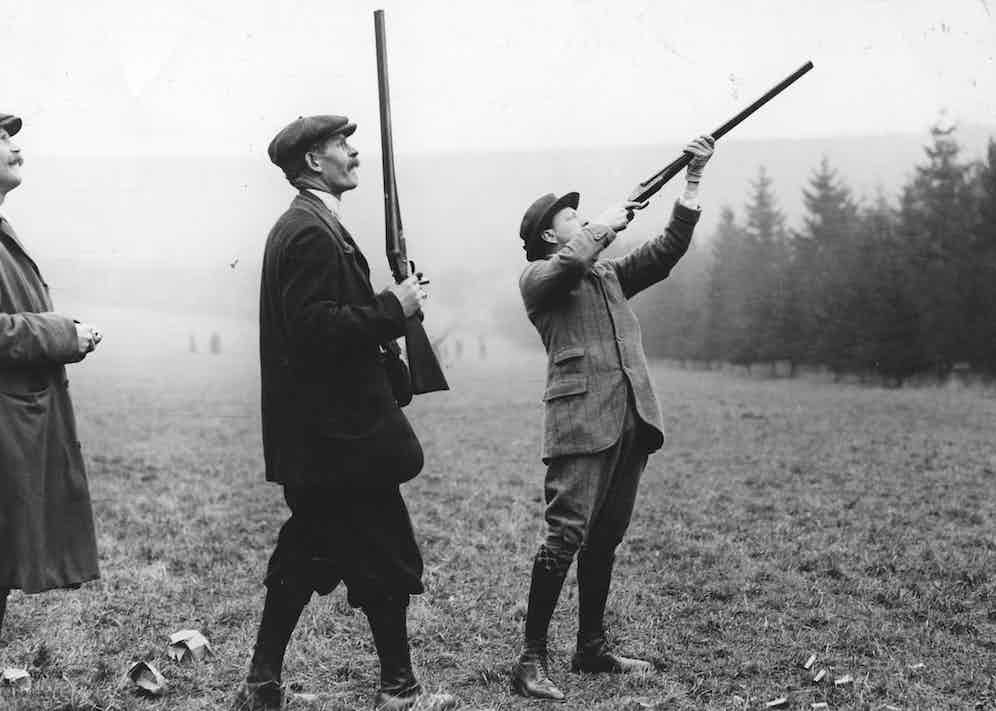 It is the jocular tales that are recounted after the shooting trip, that vie with the thrill and jollity of the weekend itself. In the midst of having supper at Les Ambassadeurs, London – a table starring David Niven, wife Hjördis, Humphrey Bogart, Lauren Bacall, and John Huston – an unnamed yet tall duke walked in. Invited shooting by the duke a few years previously, Niven left his estate less popular than when he arrived. Walking up some stubble with a line of guns, it became evident to Niven that an English Carrier pigeon was flying in range. To the surprise of the guests, it looked like the duke was going to shoot it. And he did, and as soon as it hit the turf, Niven shouted: “Are there any letters for me”. Expecting no return invitation, the duke, impressed by Niven’s company when he strode into Les Ambassadeurs said: “So when are you coming to shoot with me again David?”

“4th week in January, how does that sound”, replied the duke.

It was June at the time, and Bogart said to Niven: “Hey getta load of you shooting with the duke”.

Huston entered the dialogue and exclaimed: “It’s not that great a compliment, it’s the end of the season, and a time when they ask the drunken local butcher, and a few other people, and go around the outside shooting the cocks only”.

Bogart mulled this over and said: “hmmm the cocks only hey”.

Someone made a funny remark and Huston fell over backwards on his chair, and rolled underneath the duke’s table. The duke rose from his seat and said something offensive about this Hollywood troupe, prompting Bogart, out of his chair like a terrier, and only being 5ft 8, to grab the duke by the top fly, lift him off the ground and bellow: “Listen to me duke, what do mean insulting my pal cocks only”.

Admittedly, with Bogart being the original leader of The Rat Pack, and Niven never far from comical chicanery, they were liable to a multitude of humorous stories, but the point is that one of Niven’s most famous stories stems from a shooting weekend – as do many other anecdotes within a vernacular of friends who have enjoyed the camaraderie of a shooting party – you just don’t want to be the protagonist of such ribbing for turning up in totally inadequate attire for the field and the billiard room. 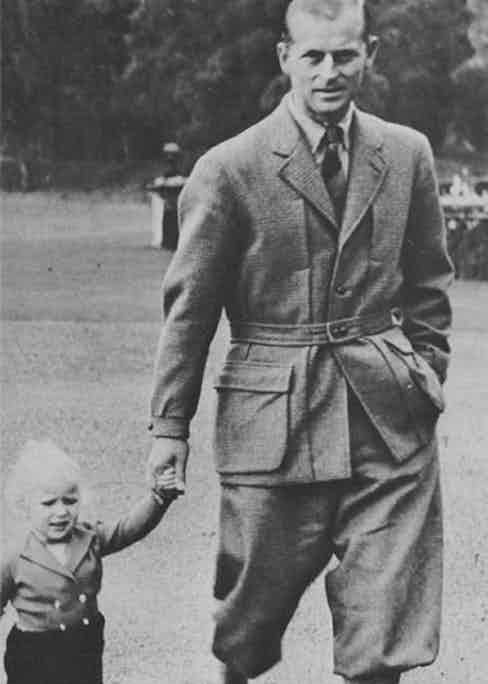 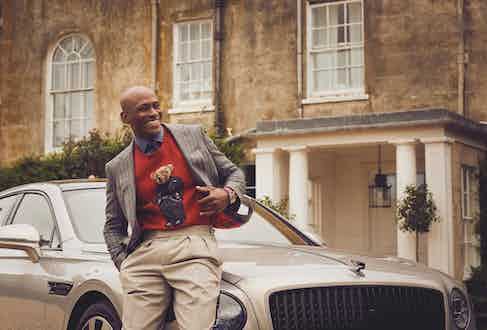 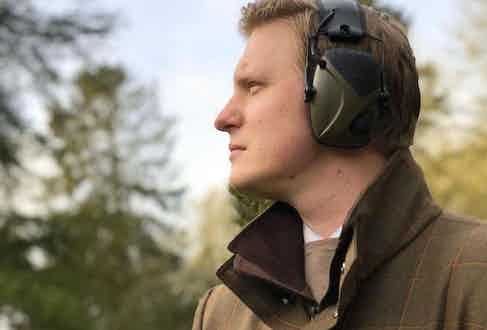 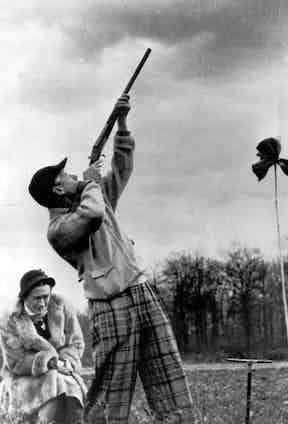 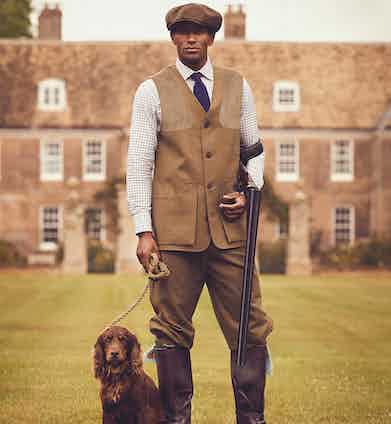 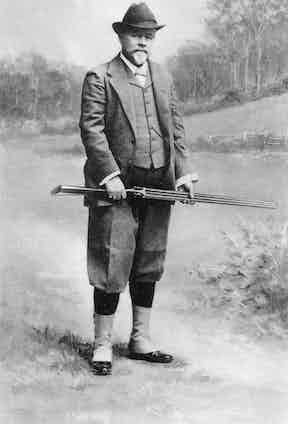 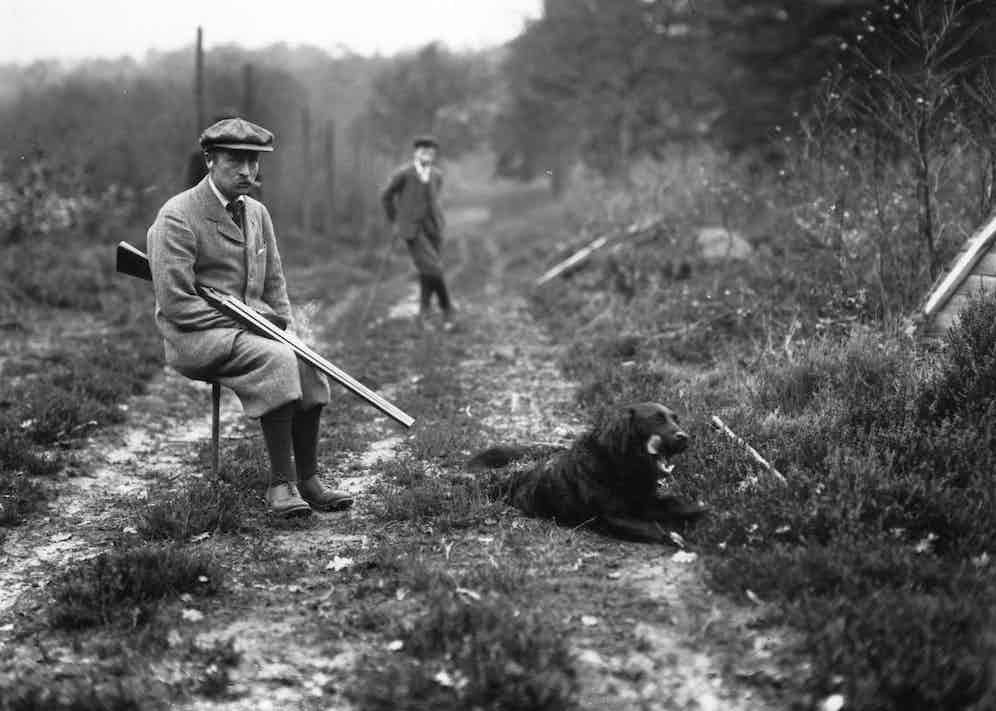 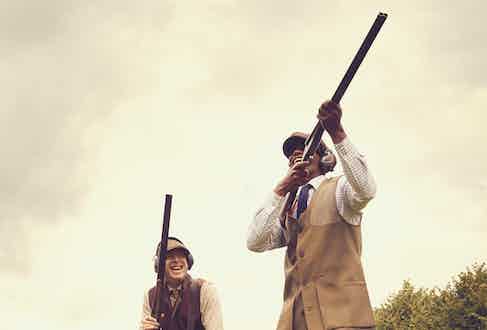 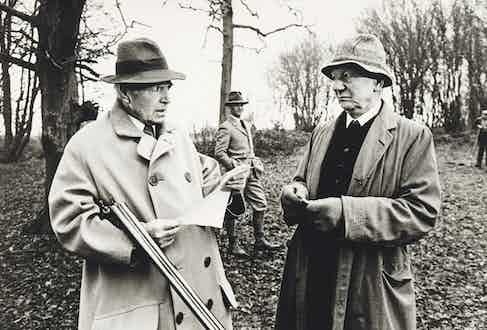 Originating as an aristocratic sport in the 16th century, driven shooting as we know it today didn’t really begin until the Victorians came along, when the double-barrelled gun and quick-loading cartridge were invented. Faintly comparable to the 1960s when London lads Michael Caine and Terence Stamp succeeded the tony David Niven and Laurence Olivier to become the biggest movie stars of the day, shooting is now not just the preserve of the upper crust of society. In fact, in between the free invitations dished out to local grandees, aristocrats rub shoulders with tech billionaires and celebrities, whilst they’re quite happy to disappear for a return invitation with all their Etonian friends on one of the Duke of Buccleuch’s estates, and let their estate manager facilitate the moneyed shooting parties that arrive in from New York, China and London.

Not so long ago, the estate manager and gamekeepers at an Exmoor shooting estate had to accommodate a Chinese shooting party who arrived in white snow suits, designer jeans and baseball caps. According to one worker, they got so cold and wet, they handed over £1,000 each to be kitted out for the next day. The follies of the outdoors, and its inclement weather, along with the traditions of shooting attire must be respected to avoid these situations. For these reasons it is best to turn to the likes of Purdey, Lucan and Huntsman.

Since 1814, sporting folk have been relying on the indispensable accoutrements invented by Royal Warrant holders Purdey. If you’re really serious about the shooting, the Mayfair gunmakers are the go-to place for a shotgun adhering to the highest forms of artisanal craftsmanship. It is the place where the Maharaja Duleep Singh, the last King of the Sikhs commissioned his guns. His sons Victor and Frederick were both fine shots and took part in shooting the record bag of 10,807 partridges and 5,771 pheasants at Highclere in 1895. The Maharajah himself held the record for shooting grouse over dogs at his Scottish estate Grandtully. The family all owned Purdey guns, Prince Victor was gifted a pair of hammer guns at the age of 15. 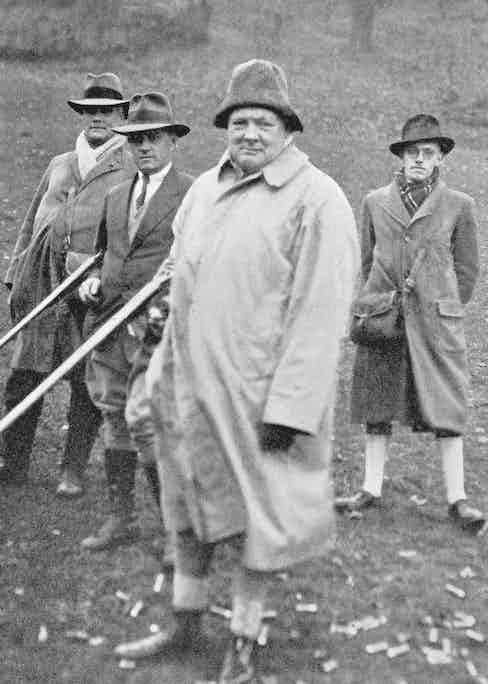 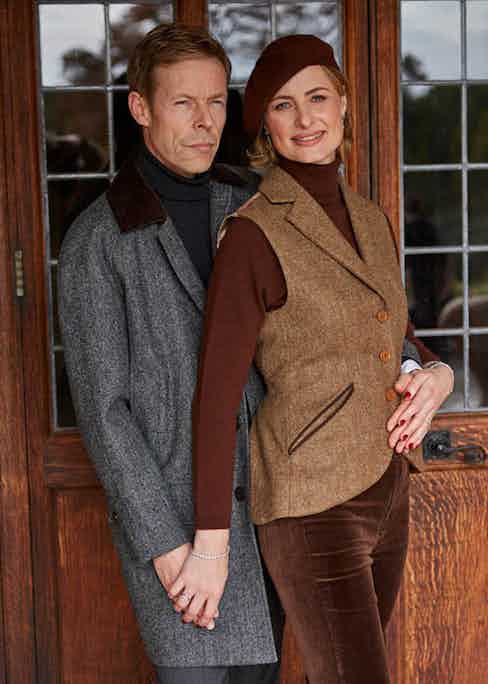 To back up the purchase of a handcrafted Purdey shotgun, you might as well invest in the full outfit. Start with their newly updated green wool technical field coat, and work your way down by acquiring breeks, gilet, and country-checked shirts. Don’t forget a hip flask and all the other extras that are nice to have. For newcomers though, be careful not to stand out too much, it’s advised not to wear more than two matching tweeds in an outfit.

If you prefer to shoot in an elegant Norfolk jacket, famously donned by Edward Fox in The Shooting Party, 1985, and favoured by Alphonso XIII, King of Spain, Ann-Sofie Lucan has the answer with a trio of iterations sold through her eponymous label. Looking ahead, and to the possibility of visiting the most emblematic partridge shooting estate in Spain, Ventosilla, one should head to Lucan for the chic sandstone cotton twill safari Norfolk jacket. Ventosilla is now occupied by the grandchildren of the 21st Count of Teba. Not only was the Count one of the greatest Olympic shooters of his time, but he was one of the hosts of Jacqueline Kennedy during her visit to Seville, 1966. And you can probably guess who the Teba jacket is named after. In modern times, Ventosilla remains the setting for incomparable partridge shooting. In lighter fabrics such as cotton and linen, the glamorous shooting garments by Lucan are tailor-made to wear in the arid landscape of the South of Spain.

Along with a small crew of non-shooters (usually the same jolly characters) I manage to scrape one or two shooting weekend invitations per year. Standing behind pegs, hopping in 4x4 vehicles and gabbling away to the hosts or members of the party – you’re in virtually the same position as the people firing shotguns – so should dress accordingly. The only glaring difference is that you avoid that thudding kickback on your shoulder, so no need to wear a shooting vest. 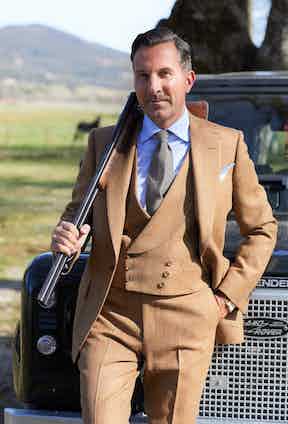 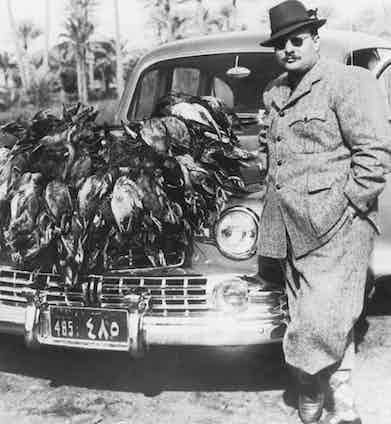 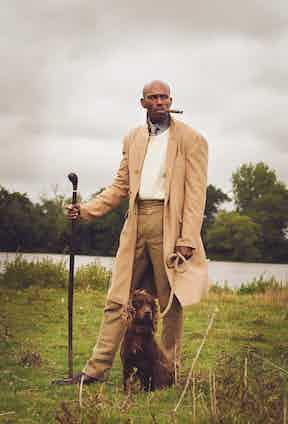 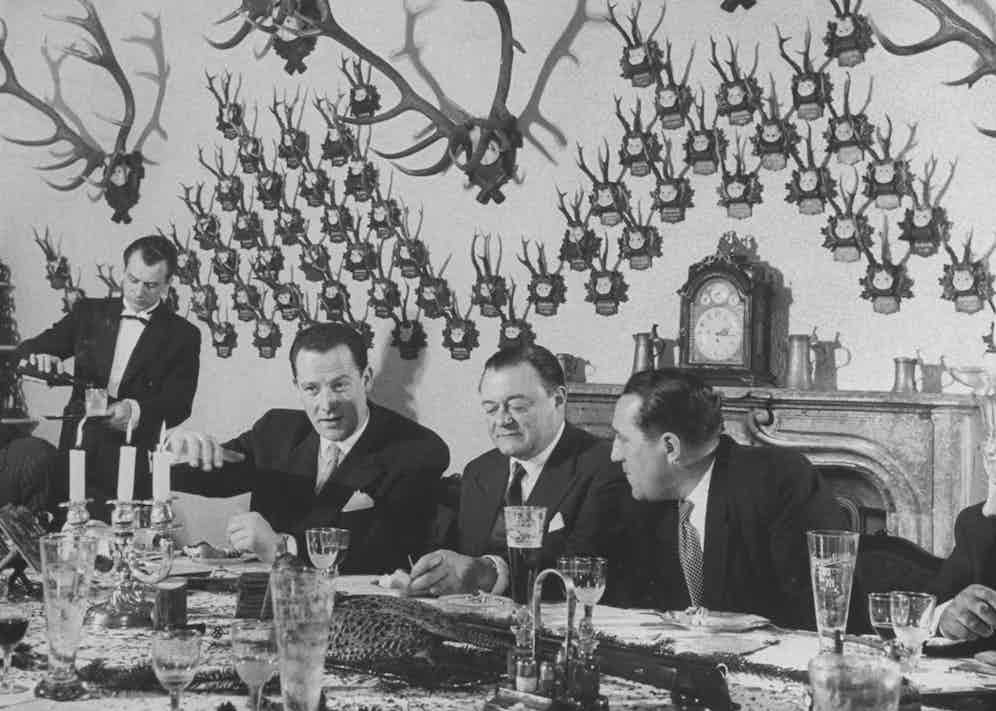 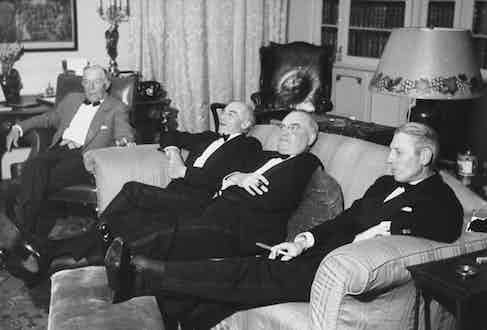 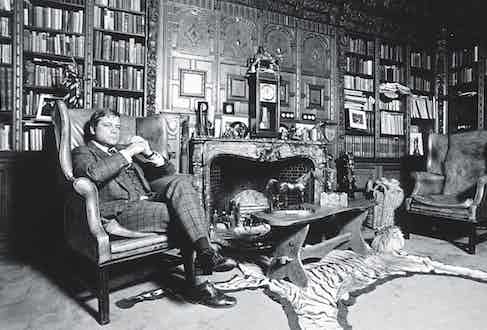 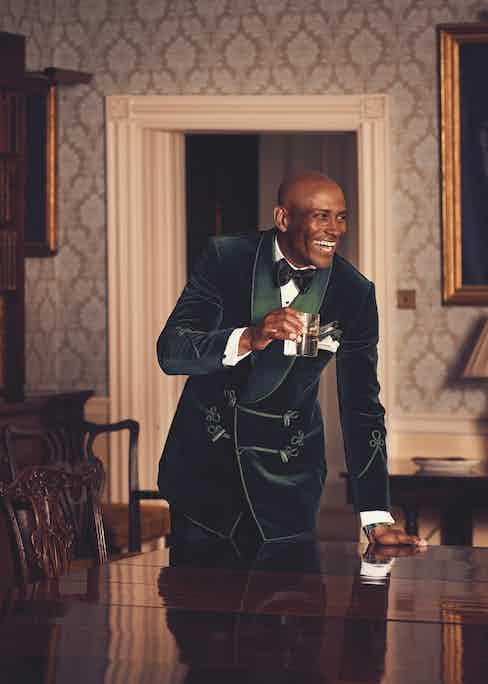 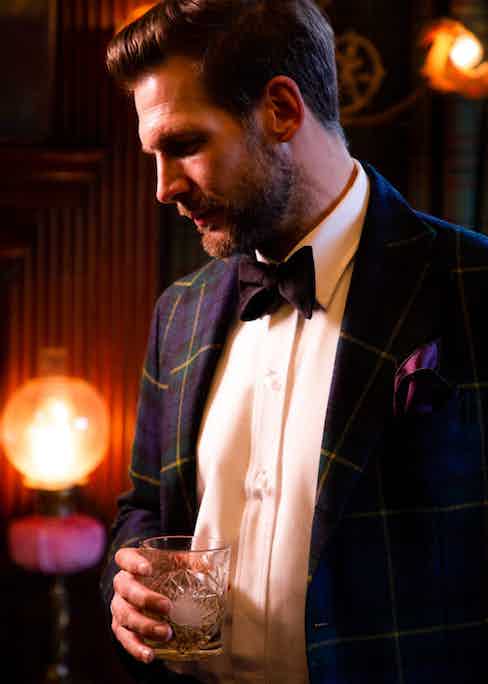 Once the indelible tradition of elevenses commences, usually around 11 – those are the windows for non-shooters to be on top form. Especially if you’re lucky enough to be invited to the Duke of Northumberland’s seat, Alnwick Park. For elevenses you stop at the tower and climb up it for one of the best views in Northumberland. When everyone is sipping on their sherry soup, munching pork pies, sausages, and fruit cake, the best way to join in is to act like you’ve been shooting all morning in the appropriate attire, and not looking like you’ve just delivered the cakes.

This also applies for lunch, taken in the 400-year-old abbey if you’re at Alnwick. At Goodwood, the Duke of Richmond’s estate in Sussex, lunch is served in a single-room pedimented folly called Carne’s Seat, perched high on the South Downs, where on a good day it is reported you can see the Isle of Wight. For the younger folk at these pukka affairs it is important that there’s not an overpopulation of wine on your end of the table. Sometimes the old guard can be a little terse with you if this happens.

Post shooting, it is the evening where the non-shooters cannot afford to fall short in their costumes. That said, the same applies for the shooting brigade - as traipsing through fields is only part of the weekend. At Waddesdon Manor, home to the Rothschild family, the evenings are known to throw up wild fancy dress parties. If you think there could be fancy dress try to get the memo and come prepared. If there’s no mention of costumes, make sure to pack black-tie. Edward Sexton is the go-to tailor for jackets, trousers, and shirt, whilst Edward Green is the place to be shod for Oxford shoes, and if it’s the scene for smart slippers, you might as well enjoy a night cap by wearing the Sagan black-tie slippers from Baudoin & Lange.