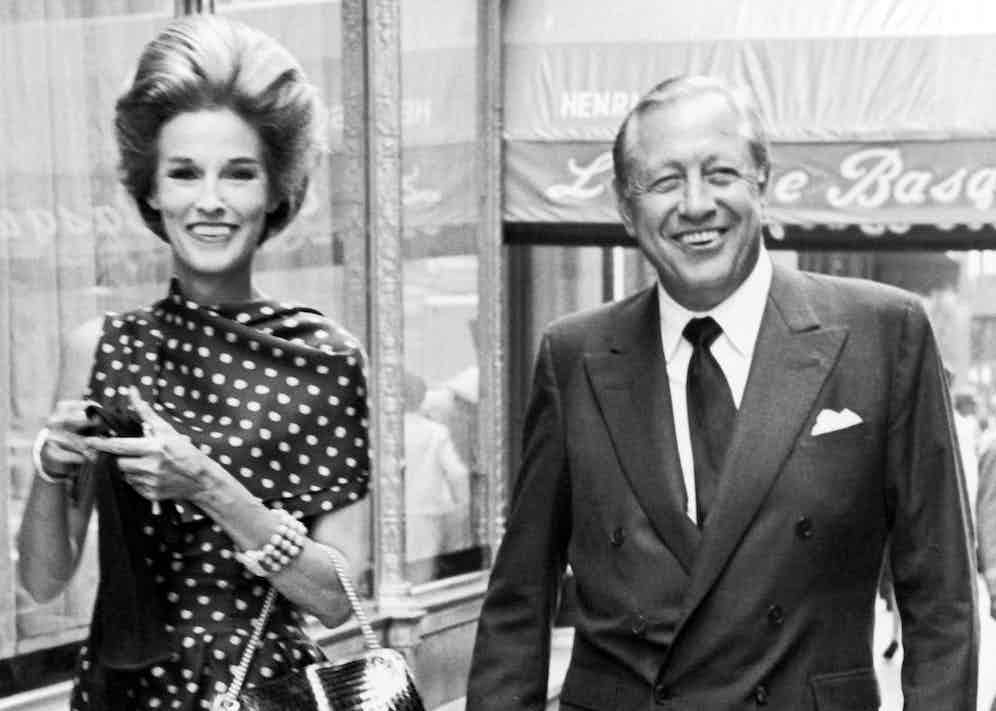 In the early evening of November 28, 1966 — the Monday after Thanksgiving — a select group of people gathered in a select apartment for an early supper soirée that wouldact as a curtain-raiser for the storied bash that became known as the Party of the Century. Lauren Bacall, Prince Stanislas and Princess Lee Radziwill, Philip Johnson, Katharine Graham and Truman Capote were among the guests, with the latter about to slip out to the nearby Plaza Hotel and inaugurate the masked extravaganza he’d christened the Black & White Ball.

As he took leave of his hosts — William S. Paley, the founder of C.B.S., and his wife, Barbara ‘Babe’ Cushing Mortimer Paley, the quintessential mid-century American socialite — Capote surely reflected that inhaling the Paley aura was as good as nitrous oxide when it came to experiencing a giddy kind of high-society fit of the vapours. For their 20-plus-room apartment, at 820 Fifth Avenue, they had employed three teams of decorators (Sister Parish and Albert Hadley; the French design firm Jansen, who’d recently transformed the Kennedy White House; and celebrity favourite Billy Baldwin) to create interiors that combined old-world charm with bright colour and pattern, sturdy antiques and modernist masterpieces.

Capote would have left the elegant dining room, with its walls of printed cotton fabric and its complexion-flattering pink and salmon scheme, and headed across the gallery, with its 18th-century Italian parquet floors, perhaps pausing by Picasso’s seven-foot Rose Period masterpiece Boy Leading a Horse hanging in the vestibule, the firstobjetyouencountered as you entered. And he may have taken a last, appraising look at the Paleys themselves: Bill, in his immaculate tuxedo from Huntsman of Savile Row andcustom-made evening shoes, carrying the tang of the musky cologne that Givenchy had created especially for him a few years before, cutting a figure so vigorous in his mid-sixties that Capote said of him: “He looks like a man who has just swallowed an entire human being.” And Babe, dressed for the Ball in characteristically simple-but-exquisite fashion, white zibeline mask with false ruby (designed for her by Halston) above a white shell dress and richly bejewelled neckline. “Mrs. P. had only one fault,” Capote famously wrote about Babe. “She was perfect. Otherwise, she was perfect.” If living well is truly the best revenge, the Paleys’ thirst for retribution must have been positively Biblical. 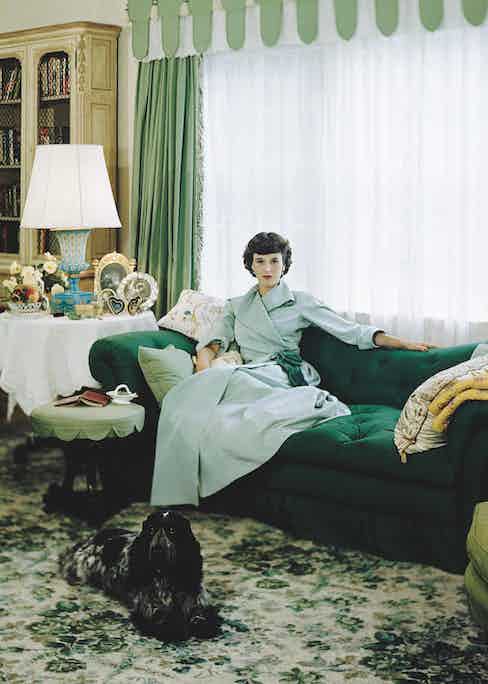 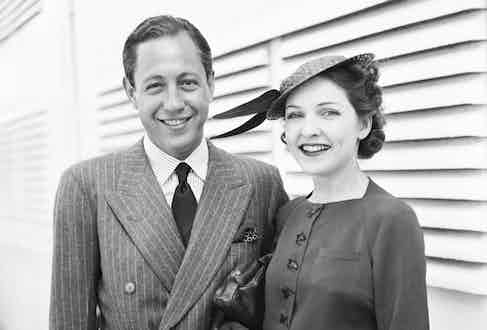 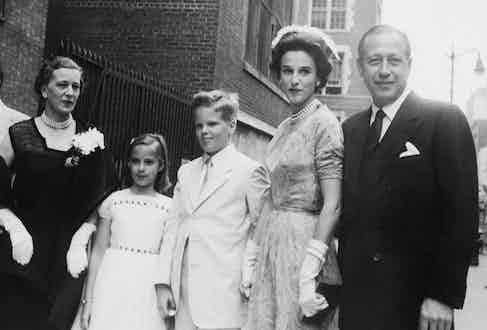 Then again, both Paleys had venerable track records as tastemakers. “I think I was born with a sense of what was important to the American public,” Bill once said, and his enthusiasms — whether buying a hot dog from a pavement vendor, a Picasso from Gertrude Stein, or a sitcom for his television network — helped transform C.B.S. from a ragbag of radio stations in 1928 into the most powerful communications company in the world. “He had an enormous feel for two infant mediums — radio and television — that was generated by his own confidence,” said Paley’s biographer, David Harris. “He knew what he liked, and that was most important. He took his dominance matter-of-factly.” The New York Times, in Paley’s obituary, went further, describing him as “a 20th-century visionary with the ambitions of a 19th-century robber baron.” In fact, Paley had trodden an unlikely road, from Panetelas to Panavision. He was born in the Jewish section of Chicago’s West Side in 1901 to Ukrainian émigré parents. His father, Samuel, ran a cigar factory, and by the mid 1920s, having moved his family and business to Philadelphia, had become a multimillionaire. At 12, Bill added the middle initial to his name (“It didn’t stand for anything, it just looked and sounded good,” he said), and 10 years later he was earning $50,000 a year in the family business.

His appointment as president of Columbia came in 1928, two days before his 27th birthday. The Paleys had invested in the network, aired commercials and sponsored programmes, and seen cigar sales rise 150 per cent as a result. Bill now became a wunderkind of the medium, cutting deals and undercutting rivals, poaching talent like Bing Crosby, Jack Benny and Red Skelton, balancing lowbrow soap operas with New York Philharmonic concerts, setting up a news gathering unit with the sonorous Edward R. Murrow at the helm during the second world war (in George Clooney’s film about Murrow, Good Night, and Good Luck, Paley is played by a saturnine Frank Langella). He always associated himself and his corporation with “a certain standard of taste”, reflected in its elegant headquarters in midtown Manhattan and its era-defining graphics (it was the only network with a full-time chief of design). Not incidentally, he was also adept at converting that prestige into profit. It all led to C.B.S. becoming known as ‘the Tiffany network’ — a source of pride for Paley, and mocked enviously by his rivals. 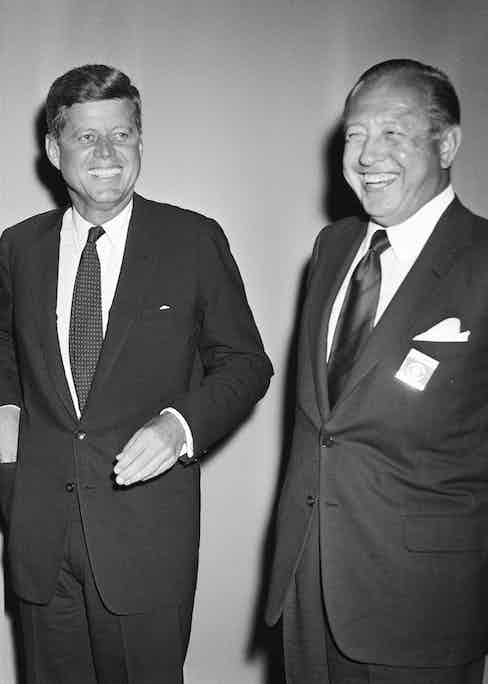 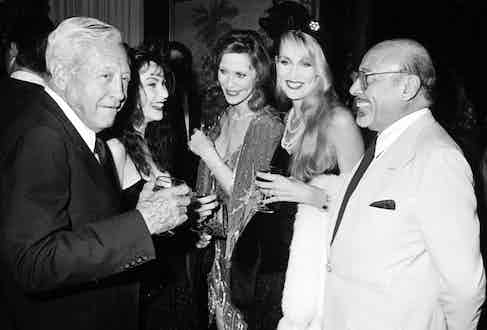 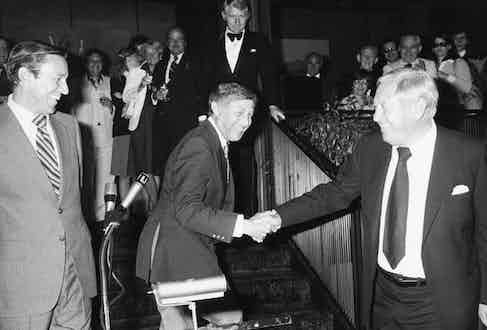 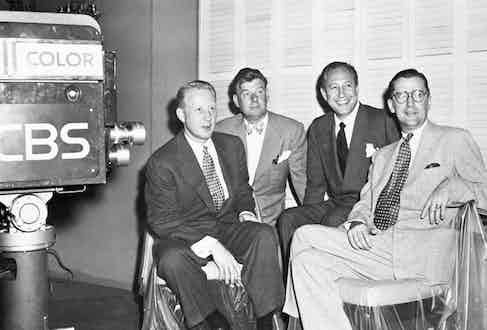 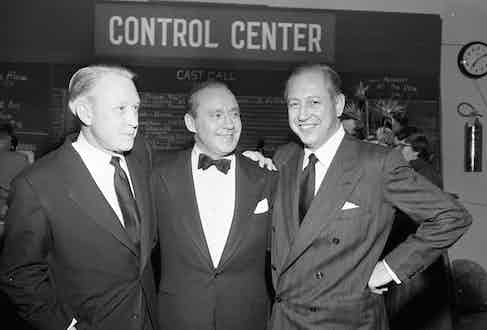 Paley worked assiduously to cultivate the refined image appropriate to the head of such a network. He was never classically good-looking, but, according to Sally Bedell Smith, the author of In All His Glory: The Life and Times of William S. Paley, he radiated charisma: “His pug nose lent him an air of toughness, somewhat softened by his smile, a slightly crooked little-boy grin that promised mischief and mirth. He had never been handsome, but his face was virile and sensuous.” Add a six-foot frame to the rakish air, and it’s not hard to see why Paley’s lifelong passion for the company of beautiful and accomplished women was more than reciprocated. (“He always had a roving eye and a groping hand,” said theatre producer Irene Selznick, a friend for more than six decades, affectionately/exasperatedly.)

If Paley had the means but still lacked a certain cachet — astonishingly, his Jewishness still barred him from membership of certain Long Island country clubs — Babe helped redress the balance. Boston-born, she was one of “society’s three fabulous Cushing sisters”, as the gossip columnists dubbed them, and while her father, the world-renowned brain surgeon Dr. Harvey Cushing, was transforming his calling from a dark art to an exact science, her mother, Katharine, was no less intently moulding her daughters into the kind of women who would attract the richest and most distinguished men in America. One of her sisters married Jock Whitney, the millionaire sportsman and publisher; the other marriedVincent Astor, whose family owned great swaths of New York City.

This is an edited version of a story that first appeared in issue 41 of The Rake. To read more, subscribe here. 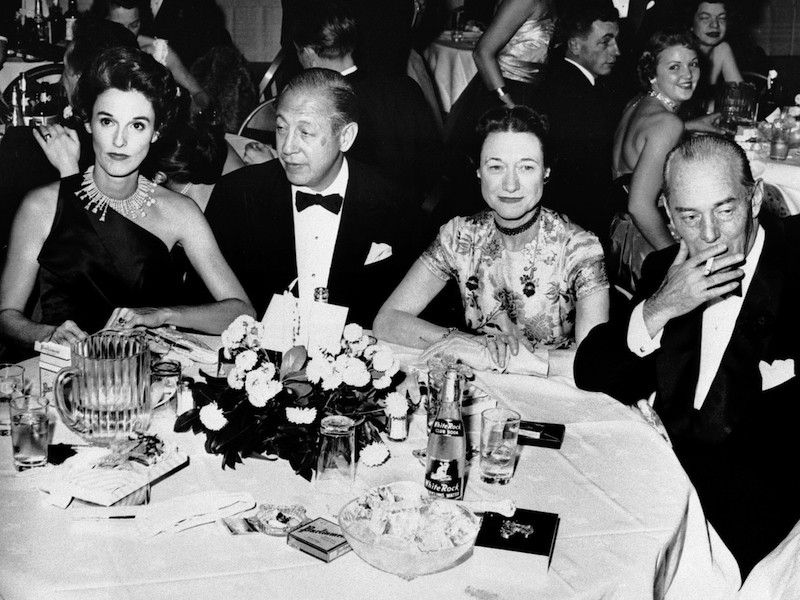 With the Duchess of Windsor during an event at the U.S Merchant Marine Academy at Kings Point, New York. Photo by Bettmann/CORBIS.