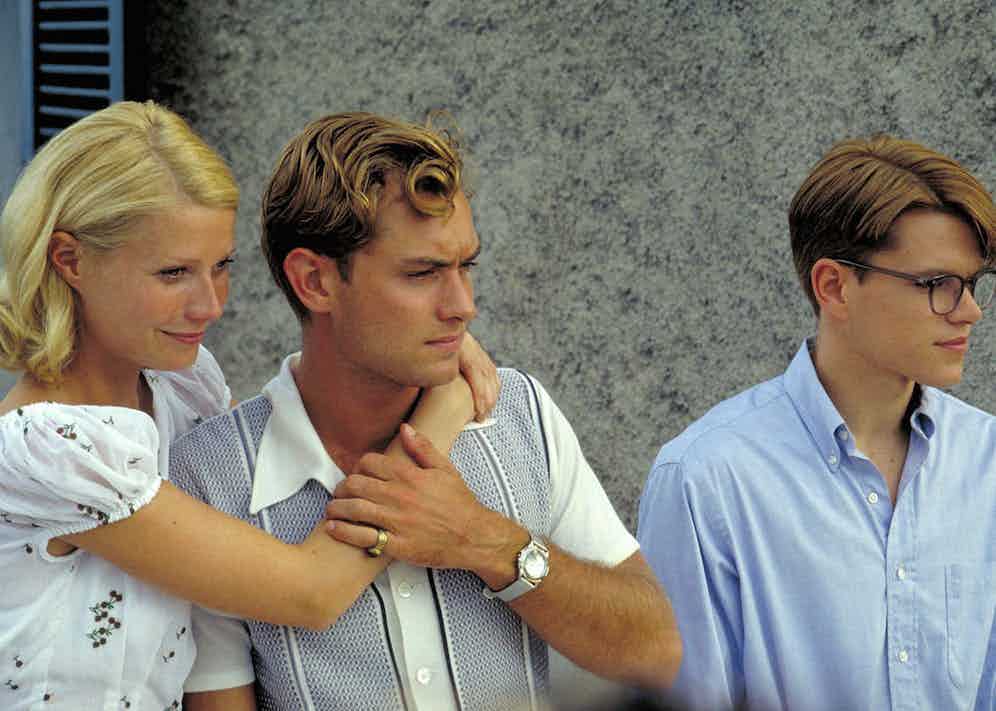 It starts with a story of three jackets. As the film opens, our eponymous protagonist, Tom Ripley, is playing the piano at a rooftop party in New York, wearing a navy blazer with the Princeton crest on its outbreast pocket. The blazer is meant to signify ready acceptance among high-society audience. But, as we quickly learn, the prestige does not belong to Ripley — this is not his world.

Once the blazer is returned to the pianist he briefly replaced, Tom enters the bowels of the hotel, slipping into the white jacket — red collar and gold buttons — of a bathroom attendant. He brushes down the midnight-blue tuxedos of hotel guests as they wash their hands, hoping for tips. Finally, the next day, he dons his corduroy jacket — the jacket that will come to symbolise his straitlaced conservatism; the jacket that will only be replaced once he has completed his transformation into a jet-set brat, which is to say, into another man entirely.

It’s hard to overestimate the role of apparel in The Talented Mr Ripley, the 1999 film by Anthony Minghella and starring Matt Damon and Jude Law as the two male leads. There is the dressing up, the swapping of rings, the sharp contrast of Italian and American style. But it is more fundamental than that: the clothes displayed throughout the movie are inextricably linked to the narrative, more so than in any other film of the past 20 years — and it is for this reason that it commands so much sartorial analysis.

The one who had put it all together was Ann Roth, a celebrated costume designer for both stage and screen. Roth came to Ripley following her win at the Academy Awards for her work on Minghella’s previous film, The English Patient. Ripley, however, had a particular appeal for her, because it was a period she remembers very well. “The ’50s were, for the most part, very dull visually,” Roth told Live Design in 2000. “In the ’40s, we had the restrictions of the war and limited fabric. After the war, Dior came with the New Look and that was very interesting, with the use of more fabric, the bigness of men’s clothes, the double-breasted jackets. When we went into the ’50s, there was this aspiration to look like a solid citizen… Then, the jet-set thing started to happen — Italians, the Riviera, Brigitte Bardot and the Mambo Kings… There was a certain air about town, which had to do with Marlon Brando and Anna Magnani, and dancing all night. And I was right there.” 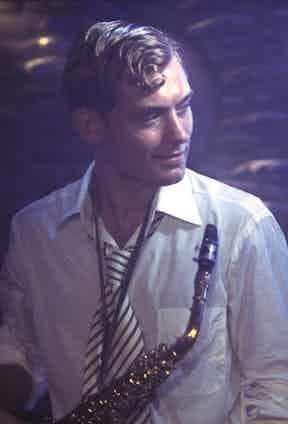 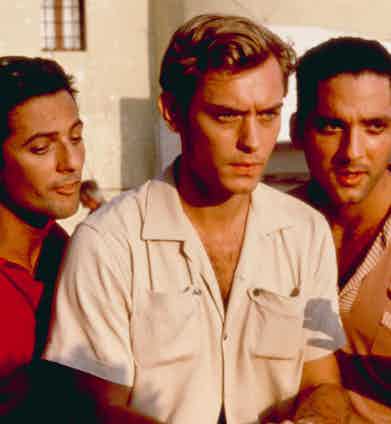 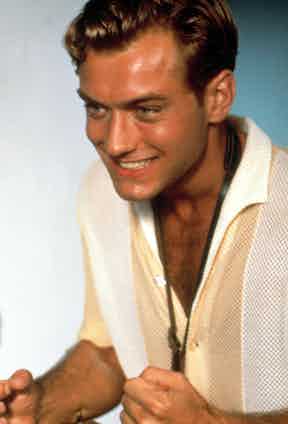 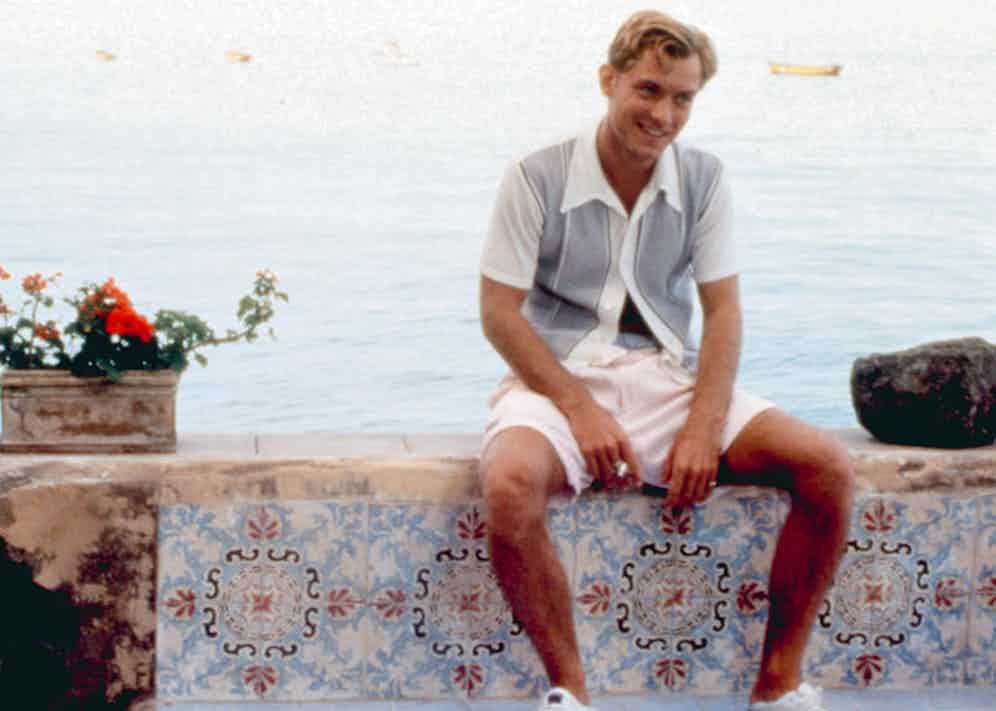 Tom Ripley was the antithesis of the jet-set. His square glasses, knitted ties, and chinos may pack a Ivy League stylistic punch in retrospect, but at the time, they would have appeared a little awkward and hilariously inappropriate in southern Italy, where he travels to track down Dickie Greenleaf at the behest of the latter’s father. There are many scenes that illustrate that awkwardness, but none better than the chance meeting with Dickie on the beach, which Tom had carefully orchestrated. We feel the sandy discomfort as Tom laces up his brown brogues over bare feet, his only other clothing being a pair of neon-green swimming shorts. For Roth, Tom is “very American East Coast, but from [American department store] Sears”, pointing to the low budget reflected in the poor fit of his clothes. The corduroy jacket — “such a piece”, in the words of Roth’s co-designer Gary Jones — is rather baggy, as are his chinos. Dickie, by contrast, wears beautifully made clothes that are just a little bit ratty around the edges. “Just wear some of my things. Wear anything you want. Most of it’s ancient,” he tells Tom.

Dickie’s clothes were all made by John Tudor in New York — a lesser-known bespoke tailor who contributes regularly to the silver screen. “My job was to show this very well-off boy, Dickie, in Europe, on a very strict allowance, but with a sensational lifestyle,” Roth explained. “I had him in a jacket and some shorts, or a jacket and some linen trousers, and that jacket had to reflect a very rich background. And if he had one or two made in Rome, it had to look that way.”

Tom’s clothes, on the other hand, were vintage pieces. They were remade by tailors in Italy and New York to ensure the fit was never quite right, to match the character — a grating commission, surely, for any tailor. Suits that Tom wears later on, when he has made his transformation into Dickie, were bespoke pieces. It’s not clear whether any bespoke Italian tailors were used, but Dickie does recommend that Tom visit Battistoni, a tailor founded in 1946 and still going strong in the inner-court of 61A Via Condotti, when they’re on their way to Rome from Naples. It’s a fair bet that readers of this magazine will share Dickie’s excitement, as he offers to have Tom fitted for a new jacket at this enchanting outfitters: “Roma, we’re taking Tom to Roma!” he sings, before affecting a strong Italian accent to repeat the word “Battistoni”. 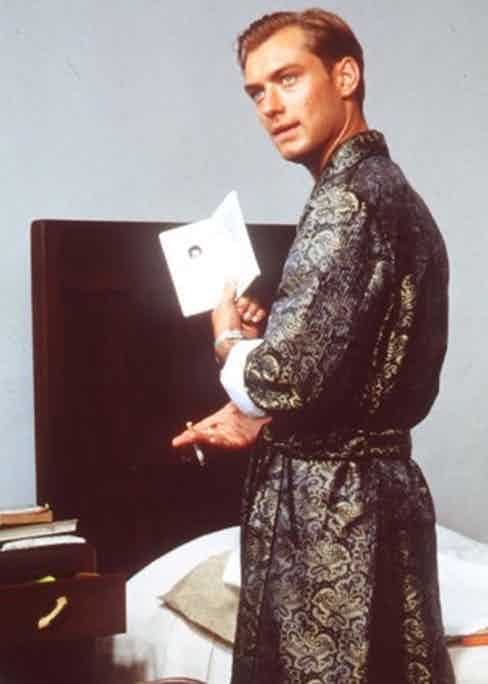 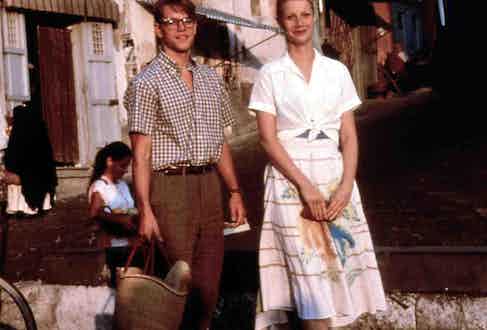 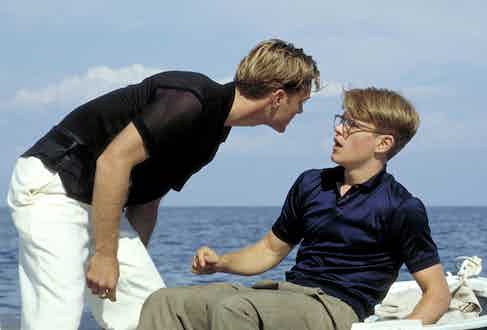 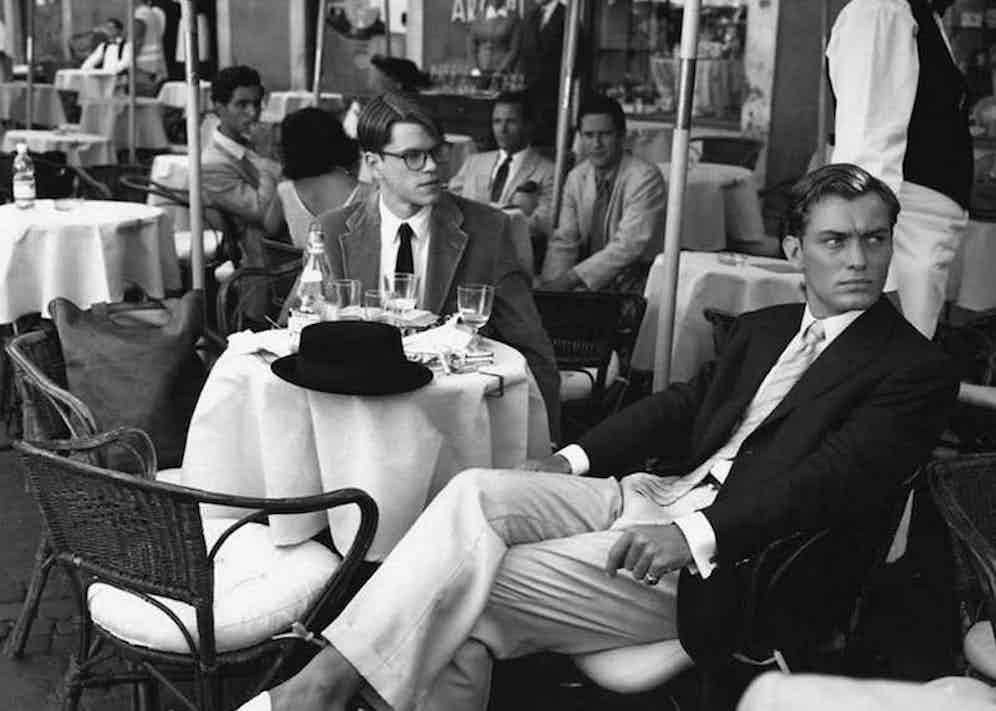 Emulating the style of Tom or Dickie in the film is fairly straightforward: the styles are consistent and, because both are operating on small budgets, the number of outfits is restricted to a few. Dickie seems most comfortable in short-sleeved shirts with pointed collars, rolled-up linen trousers and plimsolls. Tom’s short-sleeved shirts are square and gingham-checked; his chinos come with typical American sack — big and double-pleated.

When it comes to suiting, Dickie shows a lot more fondness for pattern and texture than Tom. In the Naples jazz club scene, Tom wears a sombre black jacket, white shirt and tie, while Dickie pairs his beige blazer with a boldly striped tie and a porkpie hat. Indeed, accessories are key to Dickie’s flamboyance — whether it’s a hat, a ring or a watch — while Tom is largely unadorned. This contrast is most emphatic in the scene where the pair board a boat off Sanremo to scout for apartments: both wear black short-sleeved shirts, but Dickie’s is gauzy and Tom’s a solid polo. Dickie embraces white linen trousers; Tom prefers brown worsted ones. Tom tops it off with a Harrington jacket; Dickie shows off in a white, press-studded affair.

The white jacket probably belongs with Tom’s neon swimming shorts as something we would strongly discourage against. But more important than the style is the symbolism: as Tom leaves the boat and returns to their Sanremo hotel, it is Dickie’s jacket that he wraps around his shoulders, enfolding himself in the decadent, glamorous life he so craves — it is Roth’s astute costume that nudges us towards the next, darker act in the story.

To read the first feature in our ‘Celluloid Style’ series on La Dolce Vita, click here.