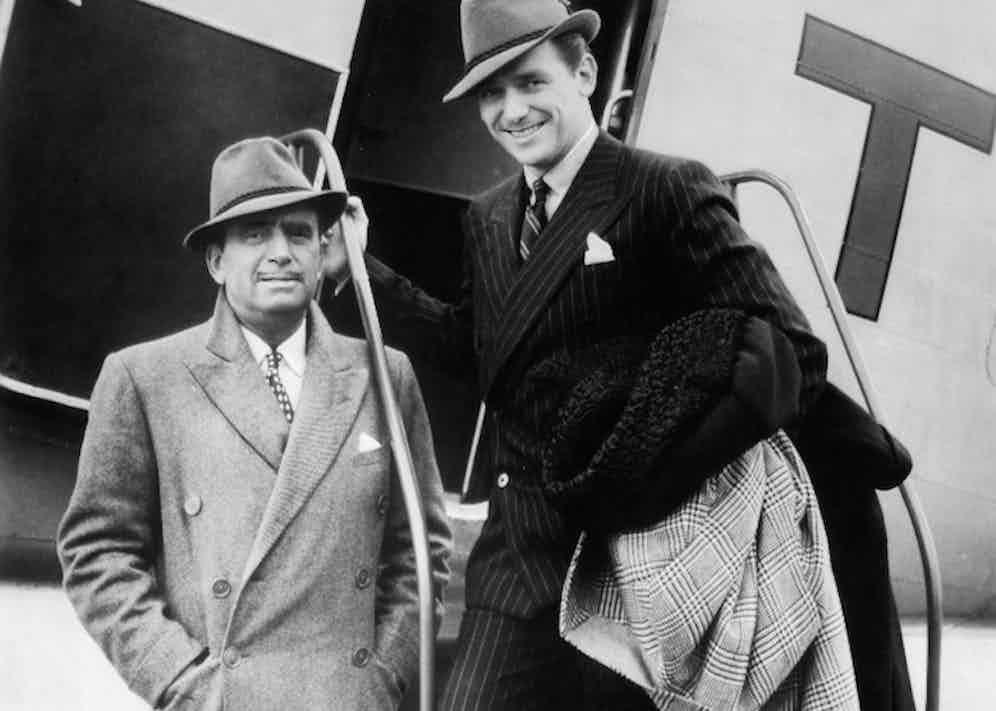 It is a brave son who follows in the footsteps of his father's career, especially when that career has made the man one of the most famous people in the world. But then there always was a dark undercurrent to the relationship between Douglas Fairbanks and his son, Douglas Fairbanks Jr, whose very naming seems to tempt fate with a call to emulation. Not for nothing did Fairbanks Sr refer to him as 'the boy'. The subtext: there could be only one Douglas Fairbanks. More ominously, Jr's Irish nurse pronounced the patronising moniker 'bye', as in 'goodbye'. 'Bye' became a nickname that stuck.

Of course, Fairbanks Jr didn't just disappear. As his father's romantic-hero looks were beginning to deteriorate - much as had his marriages, to Jr's mother, Anna Beth Sully, heir to a cotton fortune, and to an alcoholic Mary Pickford - Fairbanks Jr was, even at 14, the stuff movie stars are made of: good looking, artistic (he exhibited paintings and sculptures as a teenager), already on screen, and, in part thanks to the attention afforded his celebrity parent, relaxed in front of a camera.

'I never tried to emulate my father,' Fairbanks Jr once said. 'Anyone trying to do that would be a second-rate carbon copy. My respect for his work is so considerable that I don't believe anyone could emulate him.' Yet he proved himself wrong, even though his career spanned the competitive golden era of the all- colour talkies (Fairbanks Jr was up against the likes of Errol Flynn and Ronald Colman, for example). It was some achievement in such a fickle business, and few Hollywood sons can claim to have matched it. 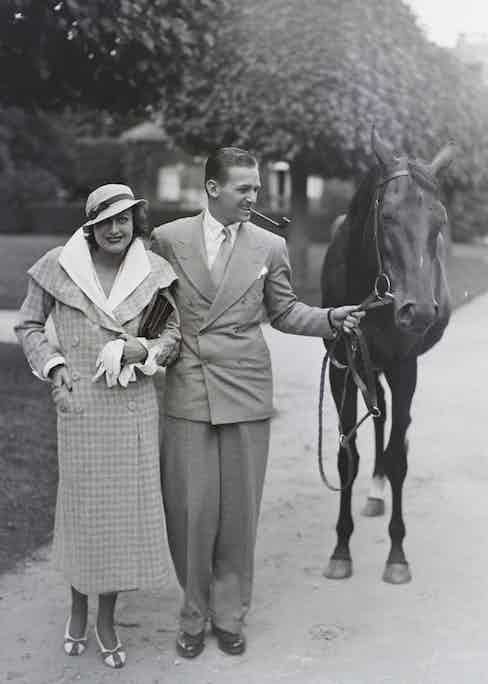 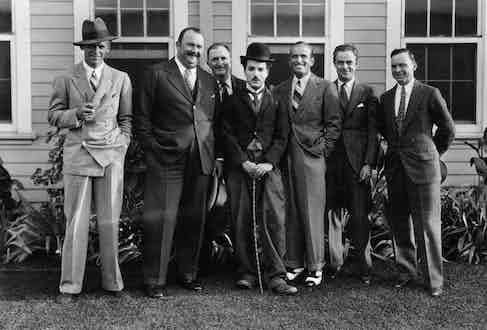 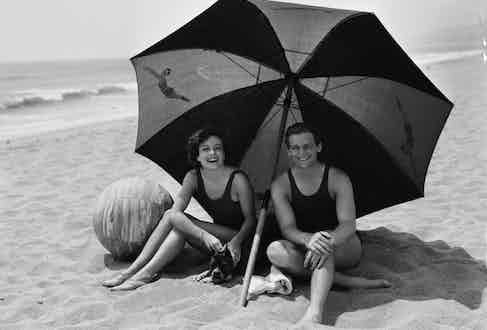 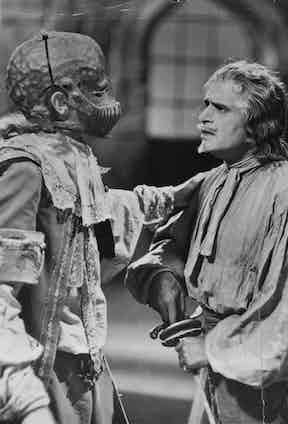 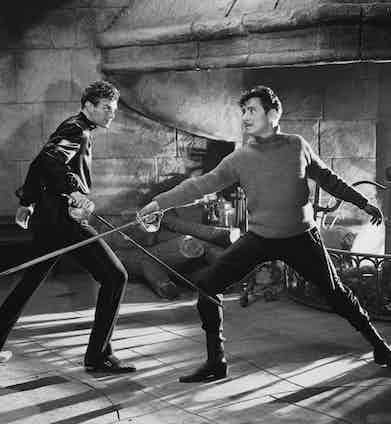 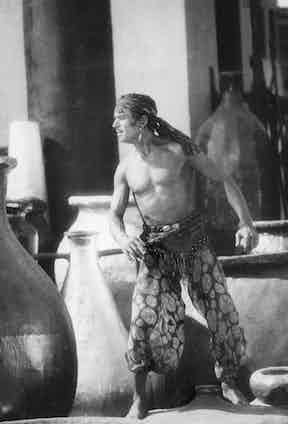 Both Fairbanks married top actresses - the elder to Pickford, the younger to Joan Crawford. Both made their fortunes away from acting - Sr as co-founder of the game-changing United Artists studio and the Academy of Motion Picture Arts and Sciences (the first Oscar awards were held in his office), Jr in the manufacturing of popcorn. And both made their names in cinema largely through dashing, adventure roles - the elder in The Mark of Zorro (1920) and The Thief of Bagdad (1924), the younger in The Prisoner of Zenda (1937), Gunga Din (1939), with Cary Grant, and Sinbad, the Sailor (1947). How must Grant have felt about that? How must Fairbanks Jr have felt about it? Grant was known to have remodelled himself as perma-tanned and suave after a chance encounter on a cruise with Fairbanks Jr, his big screen idol.

Fairbanks Sr's feelings for his son were only passingly affectionate at best. At worst they were downright hostile: out of guilt his father once gave Fairbanks Jr a pony, though one day Jr returned home to find that his father had given it to Prince Hirohito of Japan; when he married Crawford, his father denounced her as a cradle snatcher (she was five years older than Jr) and a gold-digger. Small wonder Fairbanks Sr's friend Charlie Chaplin referred to him as the 'eternal boy'.

Respect and acceptance came only with time, and then never brought the traditional father-son dynamic, or at least only occasionally: it was Fairbanks Sr who advised his son to take the role in The Prisoner of Zenda, perhaps precisely because it was the kind of role he would once have been offered. Even Jr's smile, that mark of confidence and derring-do in the face of death and danger, gently echoed his father's. Both father and son seemed to have flip-flopped in their support for, or disapproval of, their charting a similar career path.

It is telling, though, that Fairbanks Jr, who had three daughters, only consciously emulated his father's swashbuckling style after his death. It is equally telling that, despite the opportunity - he played opposite the leading ladies of the era, from Bette Davis to Ginger Rogers, Katharine Hepburn to Rita Hayworth - he never quite established himself as a major star. He quit the cinema in his early forties.

'He was opposed to my going into the film business,' Fairbanks Jr recalled, with some understatement. When he told his father he was turning down Harvard and going into acting, Fairbanks Sr threatened to disown him and cut him out of his will, leaving Fairbanks Jr to make his way up without financial assistance. 'I have to admit that he never did take to me as a child,' Jr said. 'It was only when I grew up and began to stand on my own two feet that we got close. And at that point ... it was almost as if we were brothers rather than father and son. Towards the end it was almost as if I were the father, and he my son.' 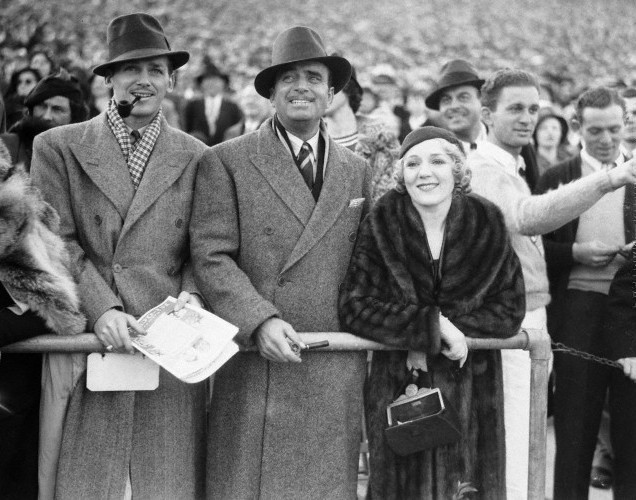 Both Fairbanks Jr and Sr with Mary Pickford, seen here at the Pittsburgh-Southern California football classic on New Year's Day in the Rose Bowl at Pasadena, California.