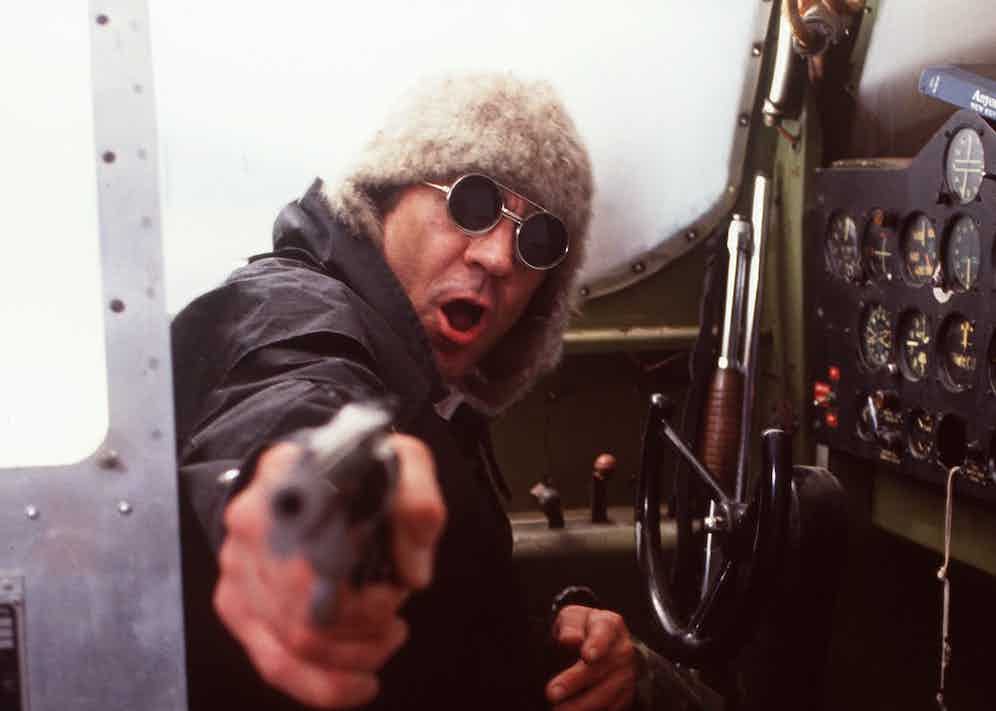 Countless writers have attempted to copy Hunter S Thompson’s distinctive style of gonzo wordsmithery. The opening paragraph of his book Hell’s Angels is, in fact, often taught in journalism classes as a prime example of ‘The Five Ws’ — What, Who, When, Where, Why — that form the core of any effective piece of reporting. Dig it, friend:

[Where & When] California, Labor Day weekend... early, with ocean fog still in the streets, [Who] outlaw motorcyclists wearing chains, shades and greasy Levi’s roll out from damp garages, all-night diners and cast-off one-night pads in Frisco, Hollywood, Berdoo and East Oakland, heading for the Monterey peninsula, north of Big Sur... [What] The Menace is loose again, the Hell’s Angels, the hundred-carat headline, running fast and loud on the early morning freeway, low in the saddle, nobody smiles, jamming crazy through traffic and ninety miles an hour down the center stripe, missing by inches... like Genghis Khan on an iron horse, a monster steed with a fiery anus, flat out through the eye of a beer can and up your daughter’s leg with no quarter asked and none given; [Why] show the squares some class, give ’em a whiff of those kicks they’ll never know... Ah, these righteous dudes, they love to screw it on...

The man sure knew how to string a stanza together, jazzily dishing up the facts, ma’am. So it’s no surprise that the Godfather of Gonzo’s literary style is taught, studied and endlessly emulated. But his approach to personal style is equally worthy of examination, contemplation and imitation.

Thompson was among America’s most eminent proponents of ‘Freak Power’ — running unsuccessfully for sheriff of Aspen under that very banner in 1970, on a policy platform that included regulating the illicit drug trade (“My first act as Sheriff will be to install, on the courthouse lawn, a bastinado platform and a set of stocks in order to punish dishonest dope dealers in a proper public fashion. Each year these dealers cheat millions of people out of millions of dollars... it will be the general philosophy of the Sheriff’s office that no drug worth taking should be sold for money”), and changing the name of the then rapidly gentrifying Colorado enclave to Fat City (“This would prevent greedheads, land-rapers and other human jackals from capitalizing on the name ‘Aspen’. These swine should be fucked, broken, and driven across the land”). But compared to most of his contemporaries in the hippy era, Thompson didn’t look terribly freaky at all. He dressed like exactly what he’d started out as: a boozy, outdoorsy sports reporter. 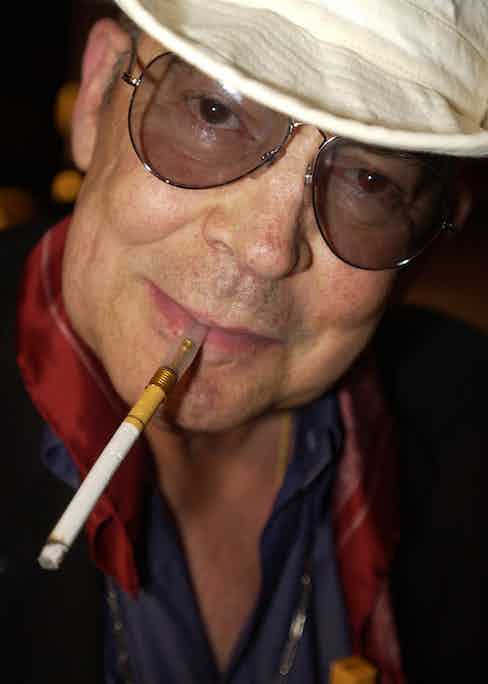 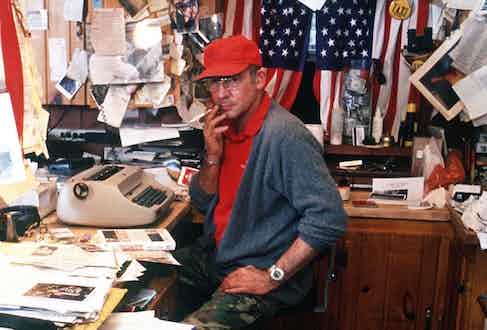 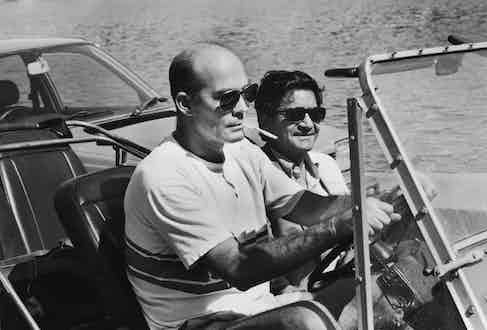 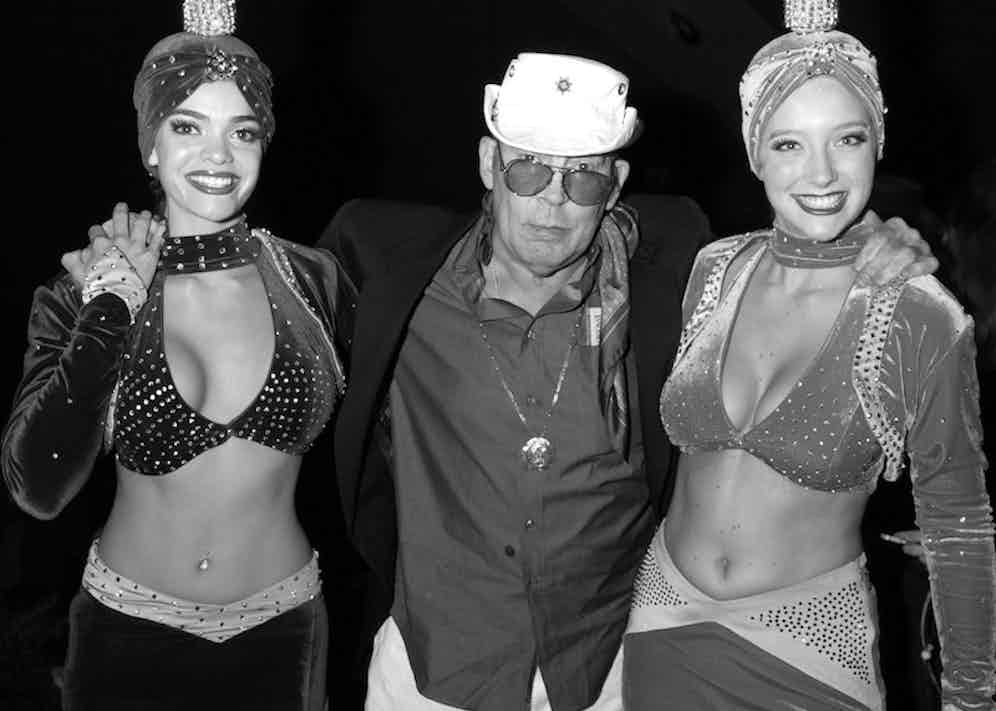 It was a savvy move. When you’re in the habit of carrying a chemical cornucopia including — as detailed in Fear & Loathing in Las Vegas — “two bags of grass, seventy-five pellets of mescaline, five sheets of high powered blotter acid, a salt shaker half full of cocaine, and a whole galaxy of multi-colored uppers, downers, screamers, laughers... and also a quart of tequila, a quart of rum, a case of Budweiser, a pint of raw ether and two dozen amyls,” it’s best to appear as ‘normal’ as possible in order to avoid too much police scrutiny.

Also, as a journalist, Thompson had to move within various levels of society — from outlaw bikers to law enforcement officials, seersucker-clad Kentucky Derby racegoers to Brooks Brothers-besuited conservative politicians — so it made sense to keep things relatively subtle stylistically.

His look wasn’t some affected straight-dude disguise though — simply what came naturally. He may have been a counter-culture icon, but Thompson grew up in the square world. He was raised in a good, respectable Southern family in Louisville, was an athlete and talented baseball player, a member of the tony Athenaeum Literary Association, and served in the US Air Force in the late 1950s. He loved shooting and indulged in the full range of rich-guy country club sports. (Also, copious Chivas, coke, acid, champagne, Dunhills and weed on a daily basis.)

Those elements and lifestyle choices coalesce in Thompson’s one-of-a-kind style, described by Vogue as “a glorious gonzo mish-mash of sportsmen’s utility (that’s) looking pretty prescient these days.” The fisherman’s bucket hats, Hawaiian shirts and Rolex Sub. The marksman’s Ray-Ban Kalichrome aviator shades. The outdoorsman’s safari jackets. The louche golfer’s polo shirts, visors and short-shorts. And, of course, the omnipresent baller’s Converse All-Stars, and that rakish cigarette holder. All thrown together with the devil-may-care courage wrought by a rigorous regimen of hits, sniffs’n’tipples.

A manic mix of sportiness, snortiness, tradition, and totally reckless, careless freedom, in style and in deed, Thompson was as American as apple pie. 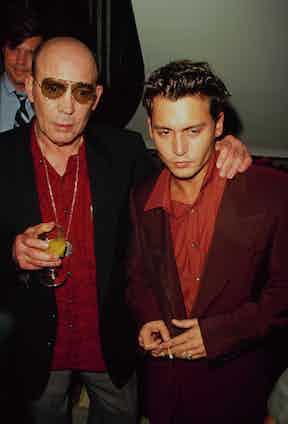 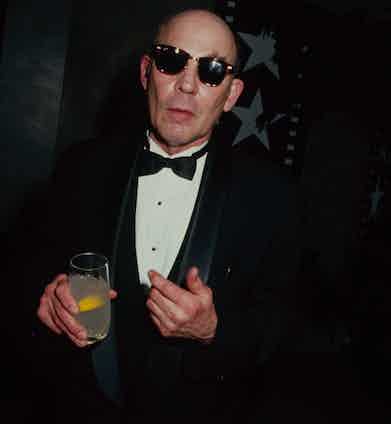 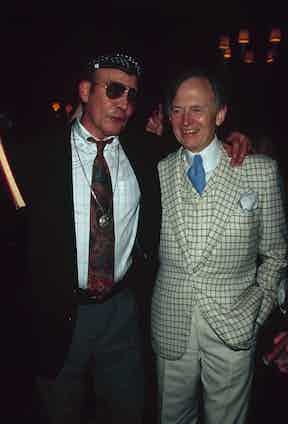 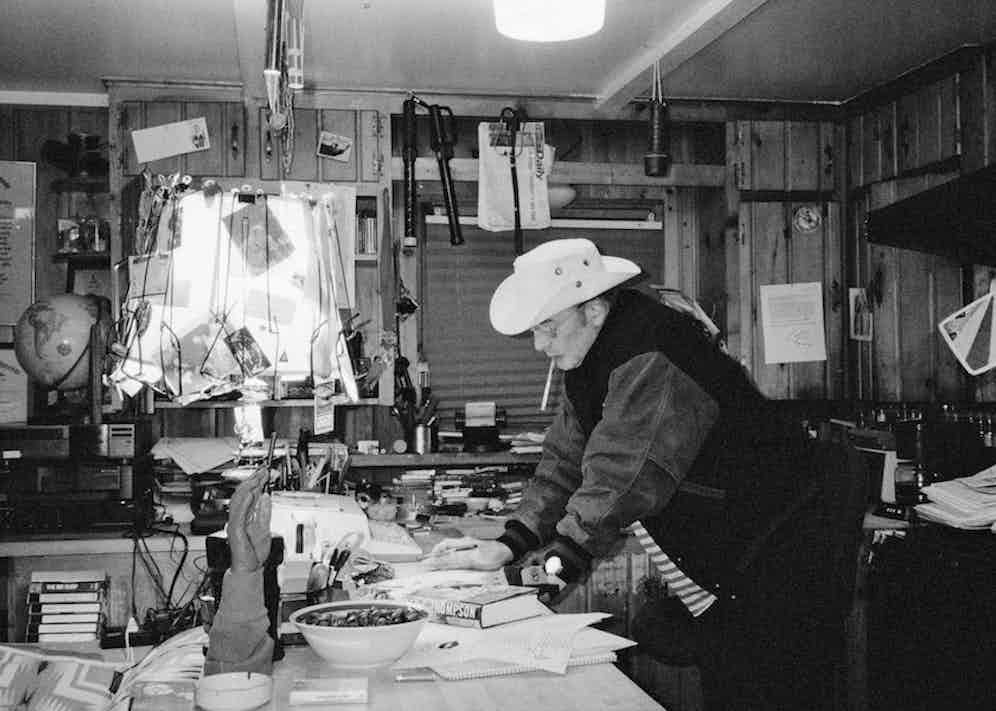