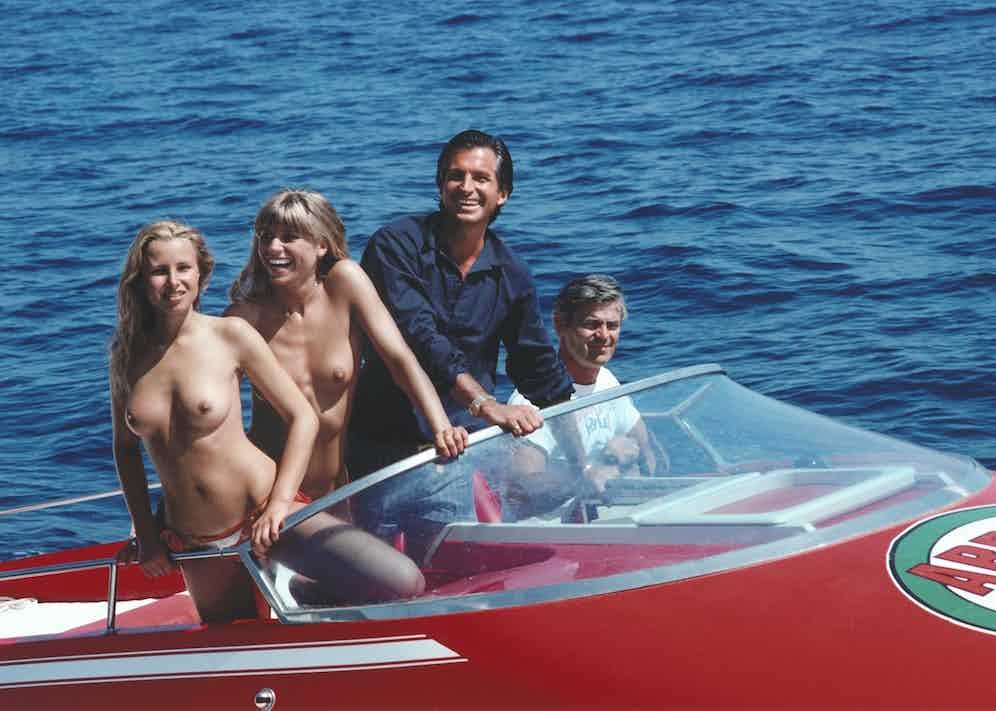 Until quite recently, obituary writers had a habit of concluding with the euphemism “He never married” to subtly indicate that the subject was gay. However there have been many instances, in contemporary times and history, of ‘confirmed bachelors’ simply shrugging off the shackles of matrimony and choosing to remain single throughout their lives — experiencing no less success because of it.

Among the greatest actors of the 20th century, Al Pacino has beckoned many a lady to ‘say hello to his little friend,’ siring three children and carrying on relationships with actresses Beverly D’Angelo, Diane Keaton, Tuesday Weld, Jill Clayburgh, Marthe Keller, Kathleen Quinlan, and the director Lyndall Hobbs (with whom he adopted a son), without marrying once. Perhaps for Pacino, whose net worth is reckoned at more than $150 million, it’s not personal — strictly business.

Legendary basketballer Wilt Chamberlain scored 31,419 points throughout the course of his career — and claimed to have scored with around 20,000 women. Despite this broad sampling of femininity, the man nicknamed ‘The Big Dipper’ never found one woman worthy of putting a ring on. His pursuits as a player and a ‘playa’ kept him too busy, he said. “Sex was a great part of my life as basketball was a great part of my life. That’s the reason why I was single.”

Famed for his quote “Hell is other people,” Jean-Paul Sartre chose never to submit to the purgatory of marriage, though he did maintain a non-monogamous relationship with fellow philosopher Simone de Beauvoir from university onwards (and, somewhat bizarrely, in the mid-1960s took as his adopted daughter an Algerian mistress when she risked being deported from France). Sartre’s thinking that we as humans are “condemned to be free” clearly extended into the marital realm.

Archetypal tortured artist Edvard Munch wrote of himself (in the third person): “Ever since he was a child he had hated marriage. His sick and nervous home had given him the feeling that he had no right to get married.” As a young artist, he fell in with a brawling bohemian crowd — male-dominated to the point of misogyny — that thought conventional relationships bourgeois. Of the period that inspired his most famous composition, The Scream, Munch said, “I was almost mad… I was stretched to the limit — nature was screaming in my blood… After that I gave up hope ever of being able to love again.” At one point, he did nearly marry a wealthy Norwegian woman, but scared her off with his excessive drinking, fighting and discharging of firearms, spending the remainder of his life in relative solitude, occasionally finding comfort in the arms of his nude models.

"Sartre’s thinking that we as humans are “condemned to be free” clearly extended into the marital realm."

Great mathematician Sir Isaac Newton was another character prone to lashing out and bouts of mean-spiritedness, making his lifelong bachelorhood probably more enforced than a matter of choice. A laundry list of sins that Newton assiduously kept detailed “Striking many”, “Punching my sister”, “Wishing death and hoping it to some”, violent and unseemly behaviour which undoubtedly contributed to his failure — despite enormous wealth and acclaim — to find a suitable life partner.

Engineer, physicist and futurist Nikola Tesla explained his state of perpetual singledom to an interviewer: “I had always thought of woman as possessing those delicate qualities of mind and soul that made her in these respects far superior to man. I had put her on a lofty pedestal, figuratively speaking, and ranked her in certain important attributes considerably higher than man. I worshiped at the feet of the creature I had raised to this height, and, like every true worshiper, I felt myself unworthy of the object of my worship.” Bowing before his betters, he said, “The power of the true woman is so great that I believe if a beautiful woman — that is to say, one beautiful in spirit, in manner and in thought, in fact, beautiful in every respect, a sort of goddess — were to appear suddenly on earth, she could command the whole world. Her leadership, I believe, would be universally recognised.”

Transcendentalist Henry David Thoreau, meanwhile, seemingly gave up on the idea of marrying after he and his brother John both proposed to the same woman (the elder sister of one of their students), only to each be rebuffed. Ascetic, moralistic puritanism characterised the remainder of Thoreau’s days; widely believed to have been asexual, there’s no evidence of him ever having succumbed to nature’s carnal call, perhaps explaining his love for virgin woodlands.

It was not a lack of red-blooded desire, but blue-blooded breeding that hindered Ludwig van Beethoven’s marital ambitions. Aged 31, he fell for the already married Countess Giulietta Guicciardi, to whom he dedicated his Sonata No. 14 (better known as the Moonlight Sonata). When the Countess’s husband died a few years later, despite her love for Beethoven, marriage remained out of the question, as she’d have lost custody of her children had she married a commoner. It’s believed that the composer subsequently proposed to a Viennese noblewoman named Therese Malfatti, this overture again striking a sour note for reasons of class.