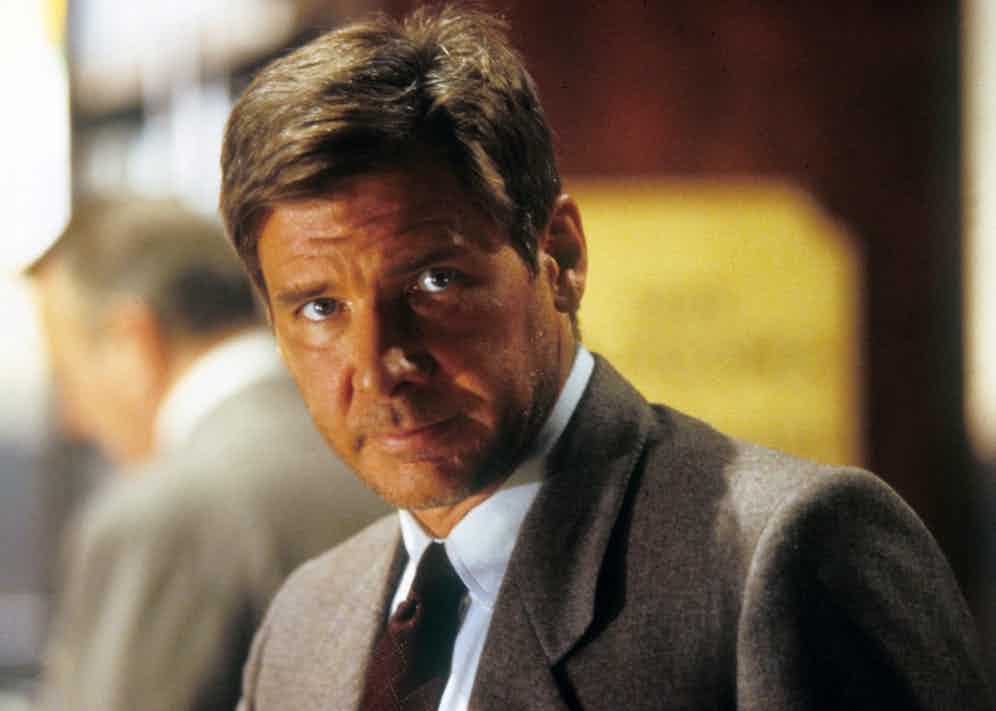 Harrison Ford in Indiana Jones and The Last Crusade,1989. Photo by Lucasfilm Ltd/Paramount/REX/Shutterstock.

When they say that they don’t make them like they used to, they’re talking about people like Harrison Ford. From humble beginnings - and after a decade-plus career as a carpenter - he rose to become arguably the most iconic actor of his generation, America’s highest grossing star of all time, an influential philanthropist, a highly skilled pilot and aircraft collector and even had a spider named after him. Blessed with a dry wit, gruff delivery and magnetic screen presence, Ford to this day remains a titanic presence on screen and off.

Born in Chicago, Ford didn’t grow up aspiring to be an actor, only to avoid work in an office like his father had. Ford remarked that “the kindest word to describe my performance in school was sloth”, although he was a dedicated Boy Scout leader, and eventually graduated from Ripon College, Wisconsin as a philosophy major. It was at Ripon that he began taking drama classes to overcome his shyness. His interest piqued, Ford moved to California and signed a contract with Columbia Pictures.

His name - the same as that of an early silent film actor - initially caused problems. “They wanted me to change my name when I was under contract at Columbia. I said, "Fuck you!" So I thought about it and came back the next day and said, "Okay, I'll be Kurt Affair". They said, "All right, all right, never mind."” Although he secured several small roles, steady work wasn’t forthcoming and so he taught himself carpentry to support his wife and young children, whilst moonlighting as a stagehand for The Doors. Carpentry became his main stock and trade for nearly twelve years until he secured a key role in American Graffiti, directed by George Lucas.

He struck up a friendship with the young director, and when Lucas began casting for his next feature - an ambitious space opera known as Star Wars - he called Ford to help read lines to the auditioning actors. For the role of Han Solo, Ford read for Al Pacino, Christopher Walken, Nick Nolte, Sylvester Stallone, Kurt Russell, Steve Martin, Burt Reynolds and Bill Murray - but eventually Lucas found his charismatic delivery too appealing and simply cast him instead. It would change his life forever. Ever the ad-libber, when he turned up for shooting on his first day, his iconic outfit featured a giant Peter Pan-esque collar in robin's egg blue. “I said "Is this just pasted on? Take it the fuck off and I'll deal with it." George wasn't there but I said, this can't be right.” 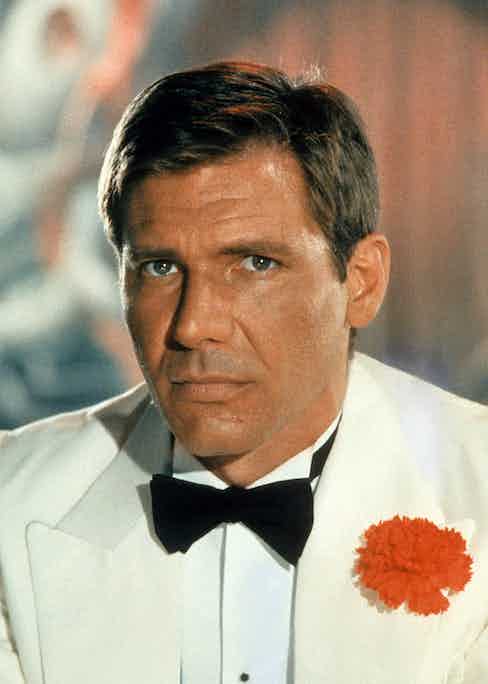 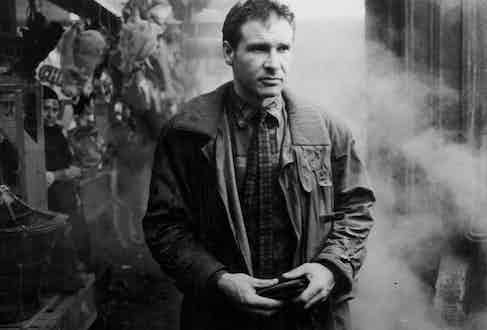 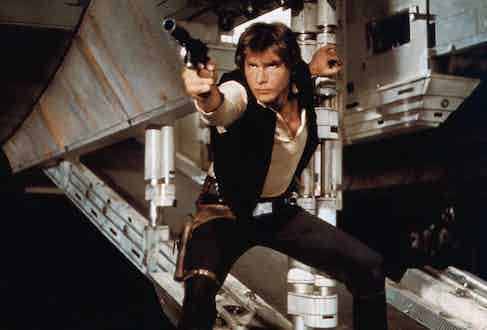 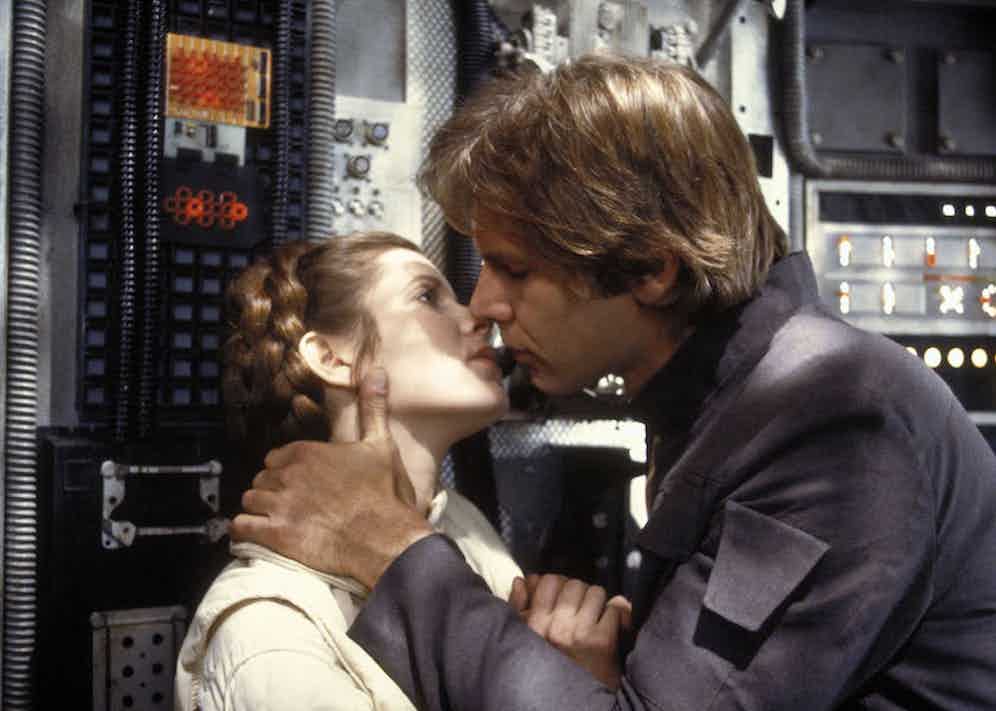 With the success of Star Wars and the subsequent trilogy came more roles, including Apocalypse Now, Blade Runner and Raiders of the Lost Ark.Like Han Solo, his equally iconic role of globetrotting archaeologist Indiana Jones came about serendipitously. Although director Steven Spielberg was keen on Ford for the role for Raiders of the Lost Ark, producer George Lucas was not, instead eager to cast Tom Selleck. When Selleck passed on the role, Ford was once again called up to step in.

The franchise again became a huge success, and cemented Ford as a bonafide superstar. Although a certain cocky swagger became his calling card, his ability to be tough and brooding but also sensitive, and distinctly fallible. His heroics always seemed accidental, making him a different breed from his square-jawed peers. “It doesn't interest me to be Harrison Ford” he said of his roles. “It interests me to be Mike Pomeroy and Indiana Jones and Jack Ryan. I don't want to be in the Harrison Ford business. I take what I do seriously, but I don't take myself seriously.”

Something Ford has long taken seriously is his love of aviation. He began learning to fly in college but ran out of money after just three lessons, not returning to it again until his fifties. “I was worried I was getting old and I couldn't learn anything any more” he said of picking the skill up again. “People think [aviation] is about danger or the thrill of it. But it's not about risk, for me, it is about mitigation of risk.” He has personally used his aviation skills in two successful rescues, and flew medical supplies to Haiti following the devastating 2010 earthquake. Since becoming a pilot, he managed to amass an enviable collection of both modern and vintage aircraft, including a Citation Sovereign jet, a 1929 Waco Taperwing biplane, a Bell 407 helicopter and a WWII-era fighter, the Ryan PT-22 Recruit. It was the PT-22 he was piloting late in mid-2015 when its engine stopped working in mid air, forcing him to make an emergency landing in a California golf course. "It was pretty simple. There was one major issue”, Ford said of the incident. “It was, "I only have one problem right now and that is that I don't have an engine." I had to find somewhere to land and I can't make it to the airport.” Ford was badly injured in the crash, though has since made a full recovery. "I didn't crash”, he was careful to point out later. “The fucking plane crashed!”

If 2016 has taught us nothing else, is that we are truly reaching the end of an era - something the untimely death of Ford’s Star Warsco-star Carrie Fisher has made all the more gnawingly real. The brightest lights of twentieth century cinema are waning. And yet here’s Ford; at seventy he’s hot off the back of one of the biggest films of all time with The Force Awakens, with the eagerly anticipated Blade Runner 2049 next year. So what’s the secret to his staying power? “I think the reason I'm still here is that I was never enough in fashion that I had to be replaced by something new. I'm like old shoes. I've never been hip.” 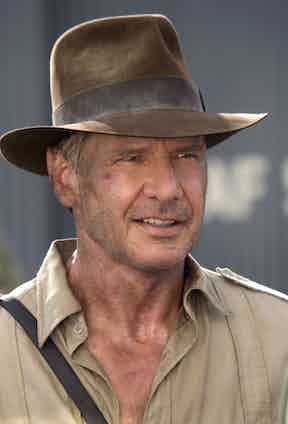 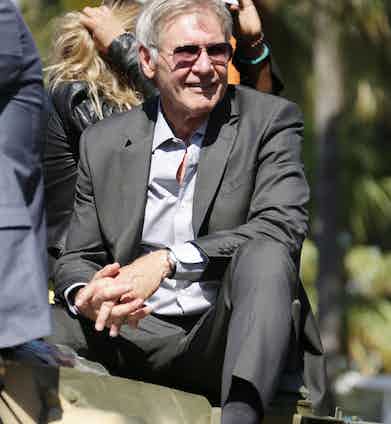 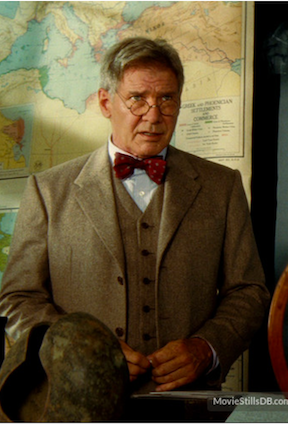 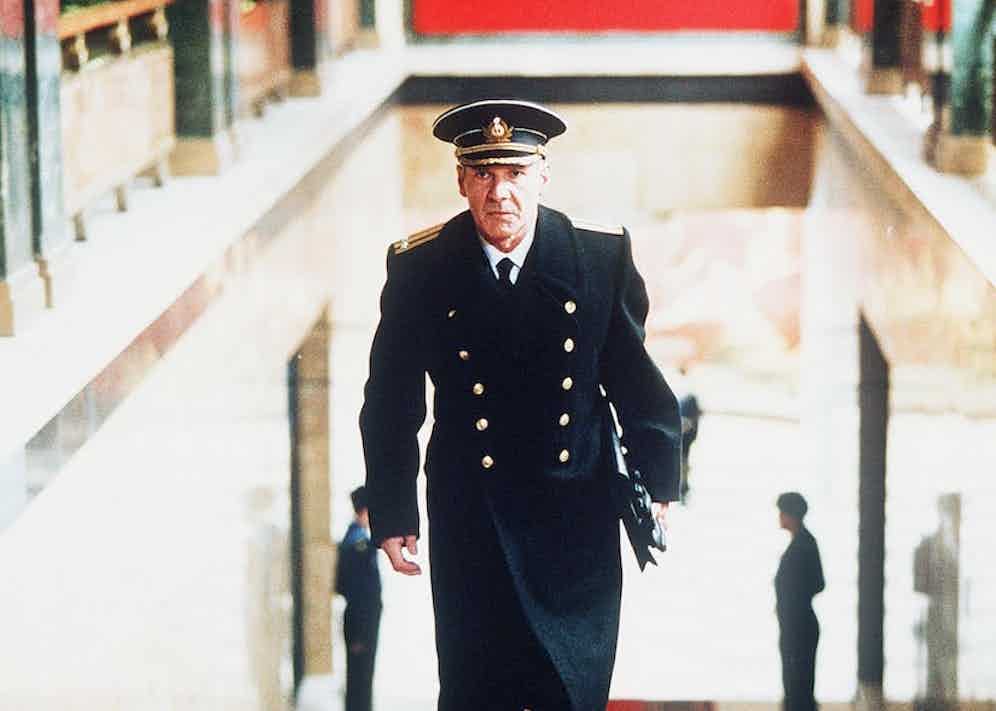