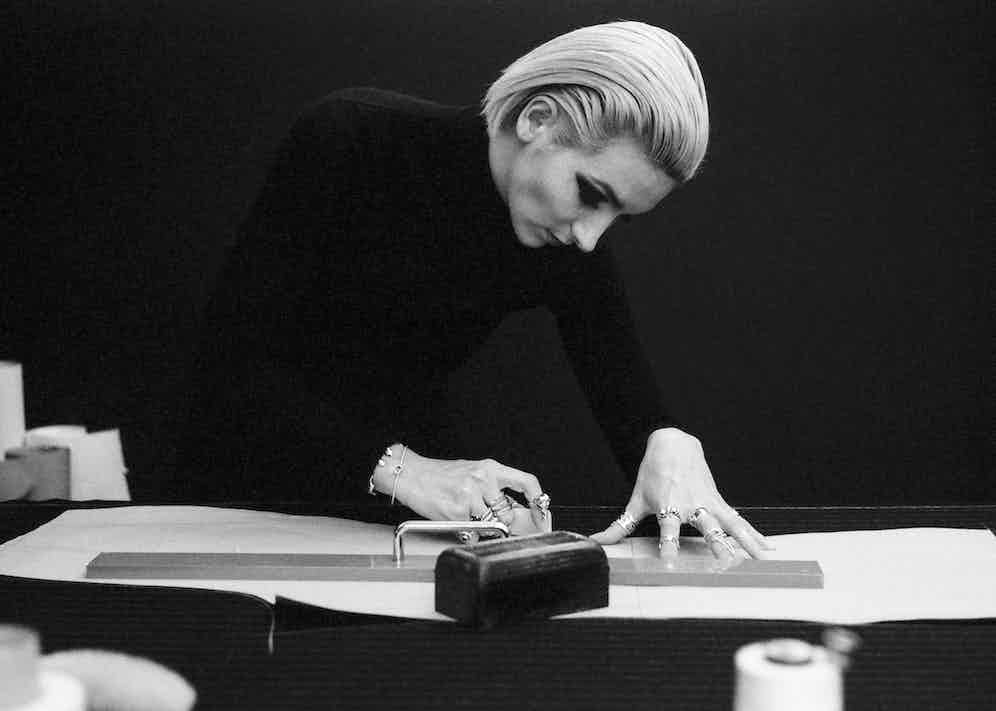 Polish Art Deco painter Tamara de Lempicka once said: “I was the first woman to paint cleanly, and that was the basis of my success. From a hundred pictures, mine will always stand out. And so the galleries began to hang my work in their best rooms, always in the middle, because my painting was attractive. It was precise. It was ‘finished.’” Speaking with the self-effacing-yet-undeniably talented Yorkshire-born tailor, Kimberley Lawton, it is immediately obvious that she would never make such a haughty statement about her own work. Lawton maybe operating in a different artistic discipline, but the last three adjectives of de Lempicka’s statement would be true of Lawton’s own masterpieces. And as of now, she is officially able to call them her own with the launch of her eponymous house, LAWTON.

Formerly, one part of Dobrik & Lawton, Joshua and Kimberley were the youngest bespoke tailors, since Sexton and Nutter to open a space on Savile Row. Despite being young, they very much earnt their location courtesy of Pollen Estates. The two met, whilst developing their cutting skills and techniques at Huntsman, but this was not before Lawton had won two of the most prestigious awards for bespoke tailoring, during her degree at London College of Fashion. Seen as à la mode as well as being technically accomplished in the traditional forms of cutting – it was that rare blend that tempted Brian May to commission a noteworthy suit. A stellar cast of entertainers followed, and the duo quickly worked their way up the sartorial ladder. Two visionary artists with developing ideas – after three years they dispersed to pursue individual projects – leading to today’s launch of LAWTON. 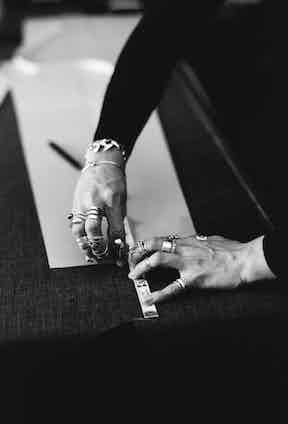 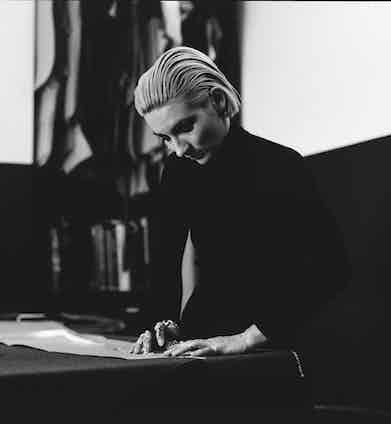 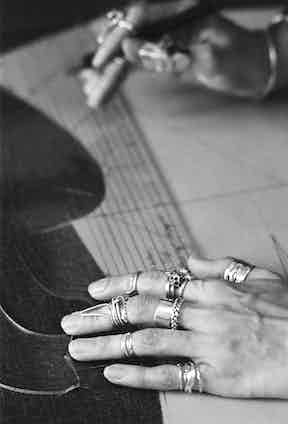 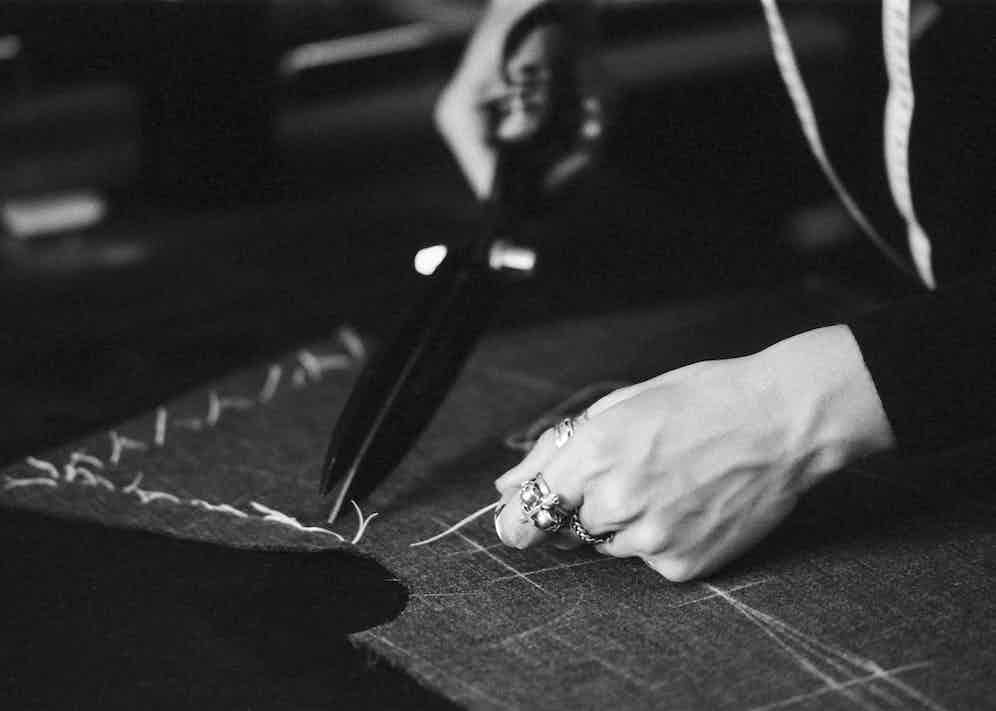 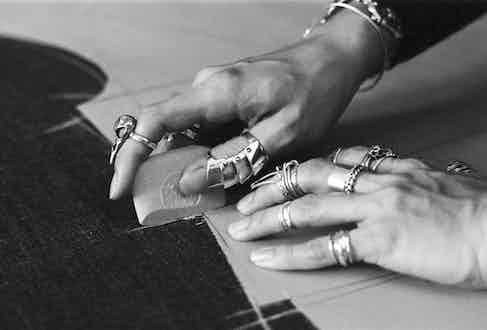 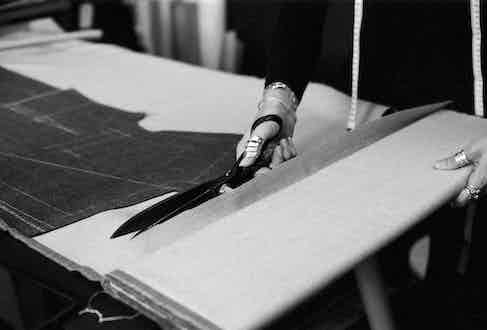 The bespoke tailoring industry has faced many unforeseen challenges in recent times. During intervals of sobriety on Savile Row, the emergence of a talented troupe of female artisans has been a major cause of optimism. Already an influential female figure in this evolution, Lawton’s influence is only set to soar further underneath her own label. In fact, the launch of LAWTON marks a distinct development in London’s contemporary tailoring scene. Established to stitch the expressions and desires of all individuals and entities, LAWTON is set to inject a refreshing and highly-trained female eye into the grounds of a male-dominated industry.

In many ways Huntsman was the perfect house to train at to formulate ideas. LAWTON’s signature house style is characterised by square padded shoulders, visually suppressed waist, and a slightly longer-than-usual skirt, which all correspond with the elegant style attributes of the iconic house. But that is really where it ends – as Lawton has carved out a distinctly unique aesthetic of her own. 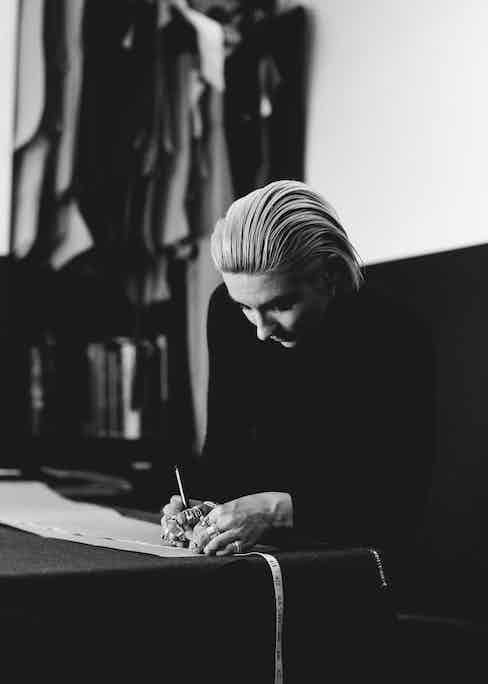 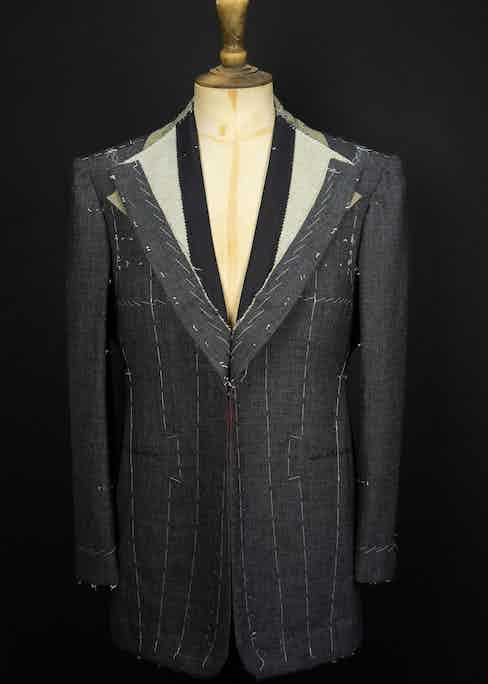 Listening to Lawton’s wide-ranging influences on her style; the sharp elegance of the art deco movement, the best parts of costume design of Hollywood’s Golden Age, and some of the louche aspects deriving from certain subcultures are all at play in her designs. And this is all entwined with her methods of bringing a couture-like influence on bespoke creations back to life. By examining her latest masterpieces, it is easy to see how this could be the next great change in the tailoring industry. A close friend who is head of a jacquard mill in Como has enabled her to weave very short lengths of bespoke linings and cloth; something that’s only usually possible for a large Parisian couture house.

Like most rebellious spirits within the realms of traditionally-cut tailoring her jackets benefit from exaggerated peak lapels. At LAWTON the base of the lapel is curved developing to a stark straight edge which rises to subtle angulation at the height of the chest. In a seductive finish, it is completed by a razor-sharp point, turned in by hand at LAWTON's London workshop. Crisp collar points and sharp pocket flaps reflect further that traditional precision combined with avant-garde sensibilities. Oozing louche-chic and elegant sensuality, her creations draw comparison with some of the famous works by Tamara de Lempicka. With his suits elongated shoulders, sharp wide lapels, and narrow waist, de Lempicka's Portrait of the Marquis Sommi, 1925 is evocative of the LAWTON house style. 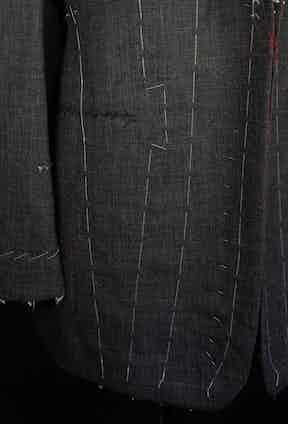 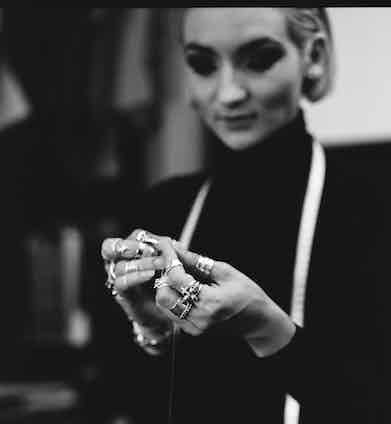 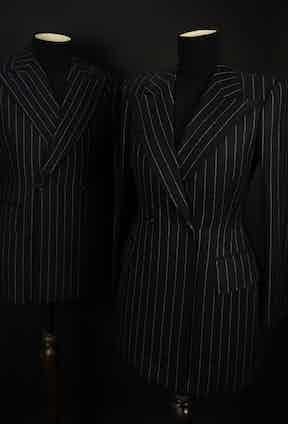 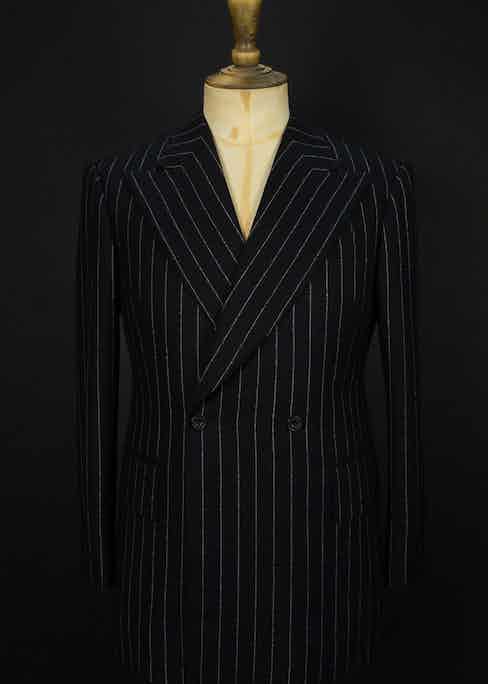 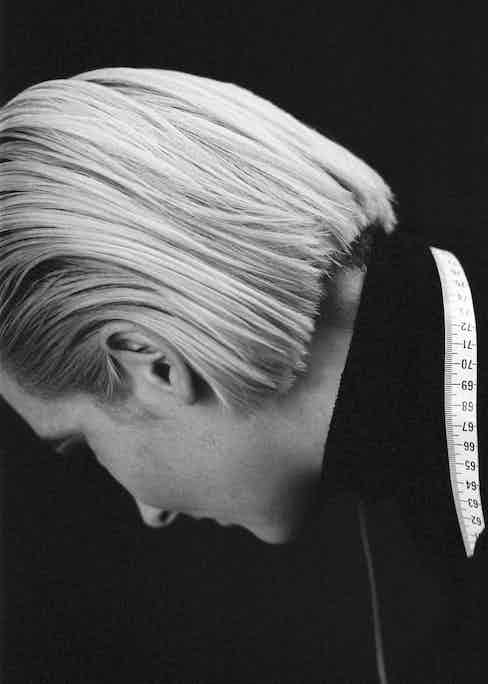 In line with her influences and her own style LAWTON’s masterpieces protrude a timeless decadence that you rarely see in the modern day. Bringing a healthy soupçon of Hollywood glamour and rock ‘n’ roll to the British bespoke scene it is certain that her modern approach is going to galvanise a likeminded legion of followers, who are yearning for something slightly out of the ordinary. This may only be the start of Lawton’s journey on her own, but she’s proved before that it will only be a matter of time before Lawton is considered the conductor of an exciting and refreshing movement in bespoke tailoring.

Opening bespoke commissions include a double-breasted chalkstripe suit, a single-breasted grey fresco suit, and a pink zoot suit – verifying the variety of cutting services available under Lawton’s experimental direction. Readily on hand to dress the desires of all characters with the utmost accuracy and attraction, the LAWTON house launches today with a five-stage bespoke service for men's and women's suiting. This will be followed by an imminent made-to-order line, with plans for shirts and hats to follow.

Bespoke prices at LAWTON begin at £4950 including VAT.