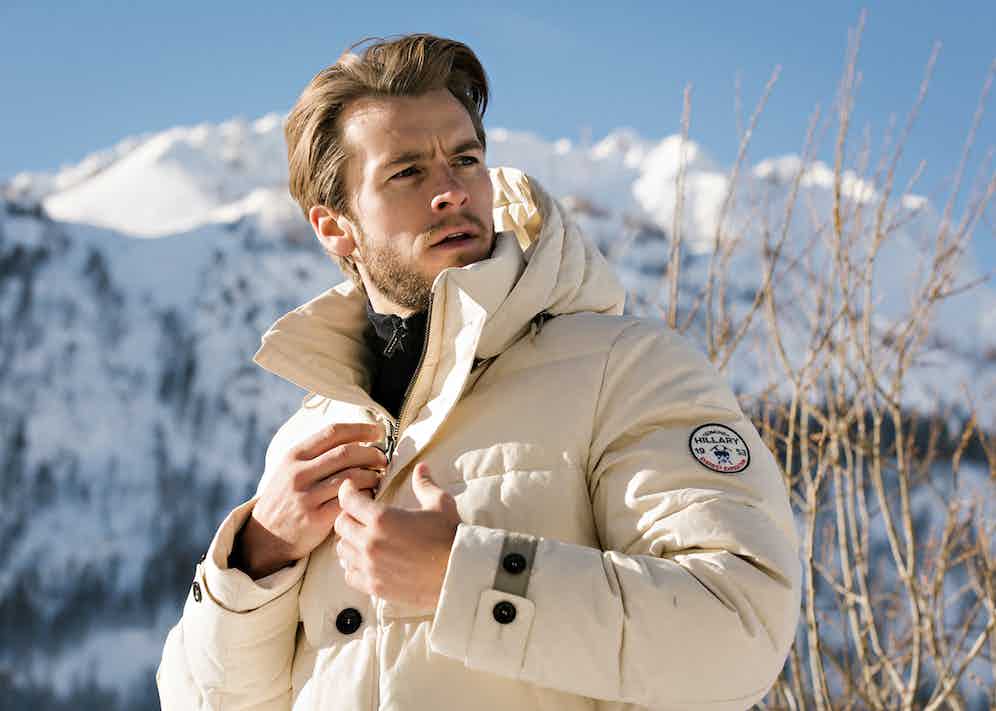 Insulin. Peanut butter. Electric wheelchairs. IMAX. Pacemakers. The Wonderbra. Garbage bags… Canada is responsible for giving the world a host of great inventions, eh? Among the greatest of them all, from the perspective of this publication at least, is the parka.

Today, ‘parka’ characteristically refers to a hip-length cold-weather coat, generally lined with down or a warm synthetic fibre, with a hood trimmed or lined in fur. The original parkas sported in the wilds of Canada, however, took rather a more rough-hewn form.

Worn for millennia by the country’s indigenous Inuit people, who dubbed this garment an ‘amauti’, the prototype for today’s parka was more akin in design to what we’d nowadays term an anorak. (Anorak itself, you may be interested to learn, is derived from the Greenlandic word ‘annoraaq’.) It was a heavy pull-over jacket made from the skin of a carabou, seal, or other animal pelts, the fur side facing outward and treated with animal fat or fish oil to increase water resistance. Robust carabou skin provided natural insultation and was best for cold, dry environments, while seal proved better in temperate climes, offering wind and water resistance but remaining lightweight.

In frostier conditions, the Inuit of the Canadian Arctic would wear these garments coupled with an inner pelt jacket, the fur facing inwards onto the skin. An amauti’s hood or neckline could be lined or trimmed with the fur of wolves, dogs or fox, the latter a ‘luxury’ alternative most often used on garments worn only in the relatively civilised surrounds of the village.

According to Merriam-Webster, it was in the 17th century that the word parka was first used in literature referring to a garment of this type. In one of the earliest instances identified, describing the people of the north Russian Arctic within a rare tome titled ‘The English Atlas’ — copies of which today trade for £80,000 — Moses Pitt wrote: “Their garments are all of Fur; that next their bodies (called by them Mallek, or a shirt) of young Fawns, Hares, or Swans-skins, very soft and well-dressed; the outward (called Parka) of stronger and thicker Fur.” 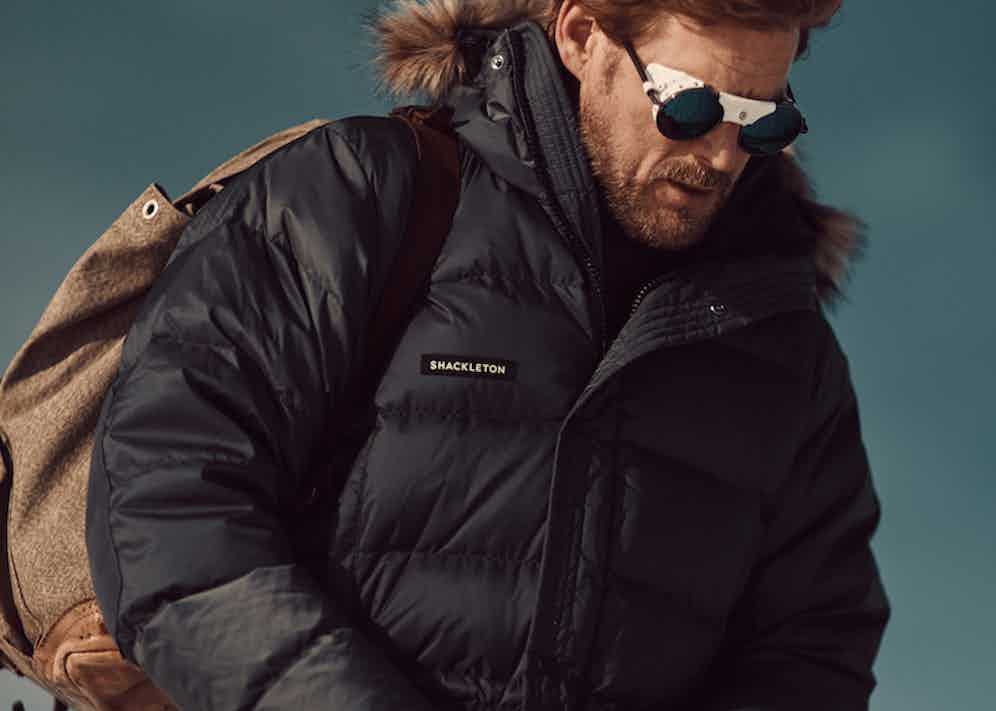 It is very likely that the waterproof cotton variants on the amauti created for Dr. Wilfred Grenfell and his medical mission to Newfoundland in the early 20th century served as the template for what we now think of as a parka. The genesis of the modern parka can be traced directly to the iterations developed by Grenfell and other, mainly English and American companies for explorers, scientists, documentarians and traders venturing into forbidding, far-flung environments in the years between the First and Second World Wars.

During the latter conflict and the conflagrations in Korea and Vietnam that followed, parkas were damn near perfected by the United States armed forces. Virtually any parka you’d care to purchase today will either be a direct facsimile or at very least, owe a significant debt to the parkas created in that period of history for issue to American servicemen.

More recently, parkas have come to be associated with obsessive geeks such as trainspotters (hence the colloquial term ‘anorak’ being applied by the British to fanatics of this sort). So it’s only fitting that — like that other object of nerdy fixation, the watch — the iconic styles are known by arcane reference numbers.

The cotton-nylon, extreme cold-weather B-9 Down Parka was created for the US Air Force during WWII, its timeless design — featuring hand-warming chest pockets — echoed by that of the Shackleton Endurance parkas sold on TheRake.com today. The B-9 was followed in the late 1940s by the N3-B, known as the ‘snorkel’, as it could be fastened right up leaving nothing exposed but the eyes. (A mixed blessing, this was — saving servicemen from perishing of exposure, but restricting their hearing and line of vision, making them more susceptible to attack.) 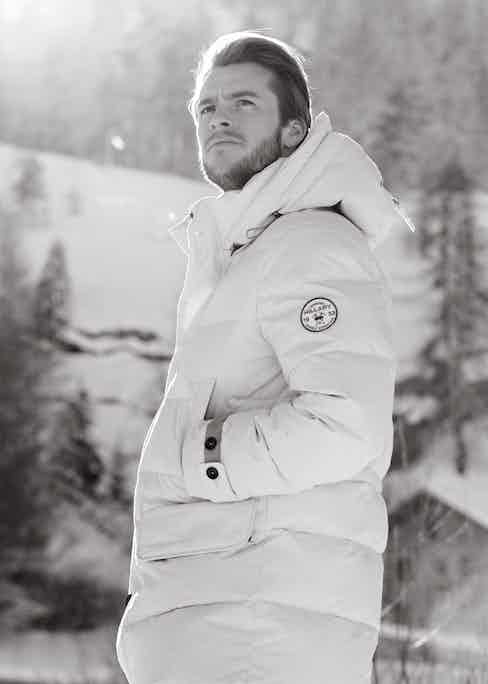 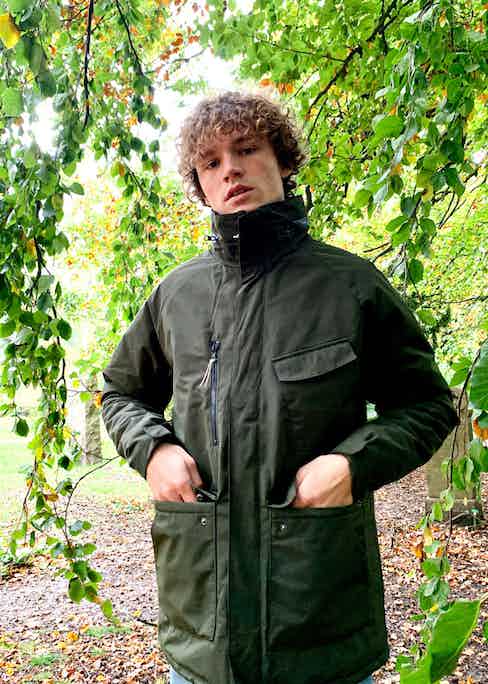 Originally made from a nylon outer with a heavy woolen blanket lining, the N3-B was intended to keep flight crews toasty in temperatures dipping as low as -50 °C. Synthetic wadding was later used for lining, allowing pilots greater mobility. Military procurement rarely stretched to feather insulation and thanks to its expense, real fur was only briefly used on military-issue parkas. However, you’ll find plenty of plush, down-filled contemporary variants on the N3-B’s face-hugging design by Moorer, Edmund Hillary, Ermenegildo Zegna and Serac stocked right here at TheRake.com.

The N3-B was followed in short order by the legendary fishtail parka, featuring a split rear that could be fastened around the legs to retain warmth. The most famous iterations of this design were the M-48, M-51 and M-65 (M standing for military, the numbers recalling their initial years of innovation — 1948, ’51 and ’65). Counterculturalists of the day picked up these parkas on the cheap from surplus stores and they became just as much a uniform of the beatnik and hippie movements as they had been to the armed forces. Fishtail parkas were also famously adopted by Britain’s mod subculture, who found these inexpensive, roomy, weather-resistant garments the ideal outerwear to protect their sharp slim-fit tailoring when riding a Vespa or Lambretta.

In the 1970s and ’80s, countless civilian firms began creating lighter, more luxurious iterations of the parka in colours stretching far beyond the military-issue olive drab and snow camo white. Now, after centuries of development and gradual perfection, the parka has reached its apotheosis, evident in the examples available here on The Rake. Whether you choose to wear one mod style, as a protective layer over tailoring, or go commando and set out to battle the elements, a parka has very literally got you covered.