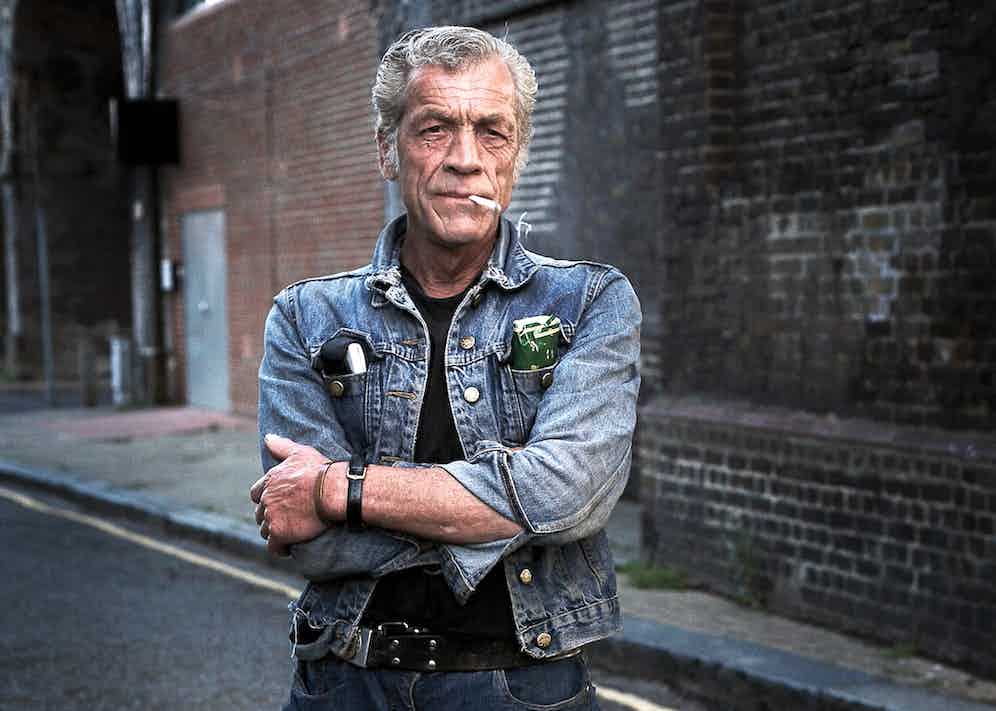 There is a tale of entrepreneurial Japanese travelling to America in the early 1980s to buy up all the old denim looms from a short-sighted company by the name of Levi's. They took them back home and, while the denim giant pushed their $20 pairs, regarding jeans at the time as little more than a mass-manufactured commodity, these eastern visionaries cranked up the outmoded and inefficient machinery to make jeans to a standard perhaps only your grandfather would recall as having once been the norm. And, incredibly, shockingly at the time, they would charge hundreds of dollars for the privilege of wearing them.

Unfortunately, that tale is, as Mikiharu Tsujita has it, "the stuff of myths". After all, Levi's never owned shuttle looms. And, with a textiles heritage going back centuries, there were already plenty of those in Japan. "But I do at least know that what we did was original for sure," he adds.

Indeed, it was radical and to those who at the time thought of jeans as being effectively disposable - which was almost everyone - slightly bonkers. Tsujita is the founder of Full Count, one of five Japanese brands that launched over a period of some 15 years, in the process reintroducing selvedge denim, reinventing jeans as a premium product and, arguably, kickstarting jeans' resurgence as the single most widely worn garment in the world. They are not names known to most outside denimhead circles but Warehouse & Co, Studio d'Artisan, Denime and, most familiar, Evisu would become known, and revered by said denim fanatics, as the Osaka Five.

Why Osaka? That seemed to be more by accident than design, with differing suggestions speaking to the muddled details of this little bit of denim's history. Some say it was because Osaka was already replete with vintage stores fuelling the cultish Japanese love of Americana style; others that it was the historic epicentre of Japan's textile industry, midway between Ibara, known for its weaving of denim fabrics, Kojima, for its cutting and sewing, and even Wakayama, the home of the loopwheeled sweatshirt; still others that the area was already busy with factories practiced in sewing thick fabrics, specifically in the making of school uniforms...

But, more importantly, the motivation was there. “It was a simple process really: vintage denim from America was becoming very expensive, and even for someone going to America it was getting expensive, and hard to find,” says Tsujita, who also co-founded Evisu. “So we thought ‘why don’t we make denim ourselves?’. It’s part of the Japanese soul to want to try to make things better and better - it’s part of the traditional craftsman mindset here. Sometimes people think that the idea was just to make replica denim, like in the ‘old days’. And, yes, a vintage feel was the original idea, but the denim itself was genuinely original too."

Of course, there were nods, some cheeky, some reverential, to the blueprint provided by Levi's - from the cuts to the labelling. Studio d'Artisan, the first of the Osaka Five to market, updated Levi's famed patch, featuring two horses unable to pull a pair of its jeans apart, with two pigs attempting the same. Evisu - the lynchpin brand, two of its employees also breaking away to form Warehouse - would push matters with its very name, a play on Levi's, and something Levi's would take legal exception to. It would do the same to the use of anything that resembled a red pocket tab, leading to early Japanese imports coming with it unceremoniously hacked-off before sale.

But for all that the Osaka Five both owed a clear debt and paid homage to jeans' founding father, the purity - and certainly the prices - of its products also went well beyond what the market then offered or expected. Given the Japanese exactitude with detail, and an unrivalled textile weaving and dyeing heritage, these were never going to be normal jeans. Artisan may have become a cliched buzzword, but the Osaka Five did lend denim a new, or revived, hand feel that many would come to appreciate. There is another story of them even manipulating the irregular movement of the looms - 'loom chatter', as it's called - to deliberately introduce irregularities to the cloth. That one is true.

As is this group's impact. Although it never saw itself as a coherent band, although it never had any manifesto for change, the Osaka Five not only inspired a host of other, equally pioneering brands to launch - the respected likes of Samurai, Oni, Flat Head and Momotaro at home, and Levi's own Levi's Vintage Clothing back in the US - it brought about a sea-change in attitude to what denim could be. The dark, indigo-dyed corner of that subject may remain esoteric to the majority - and an obsession for a small minority - but it is most likely why you think twice about what jeans you buy, and why you take the wearing of them seriously for anything but the decorating at all. The Osaka Five helped reveal a simple idea: the notion that well and respectfully made, even seemingly basic clothes can hold a host of small pleasures. 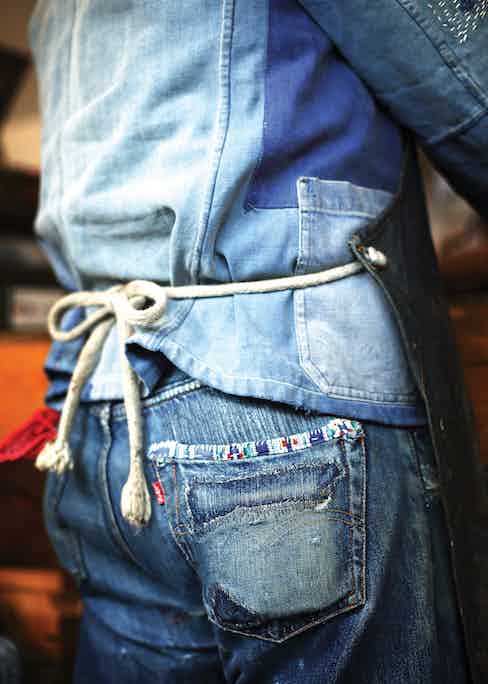 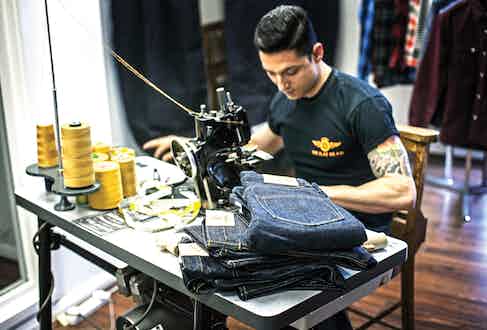 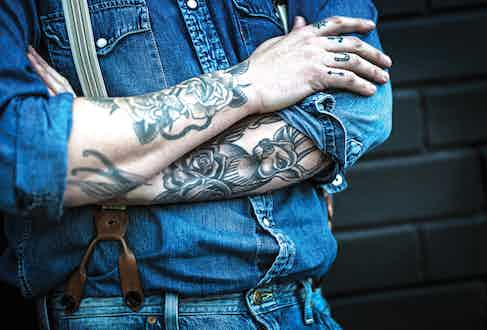 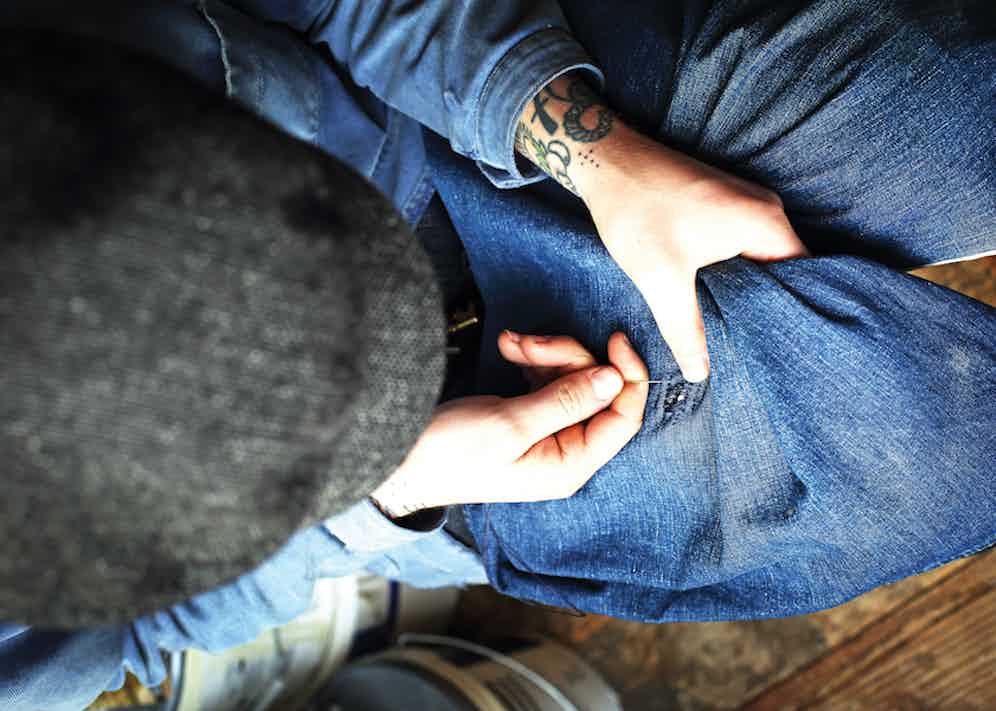 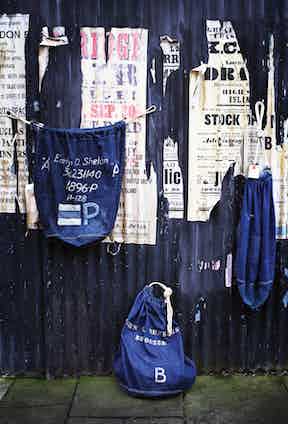 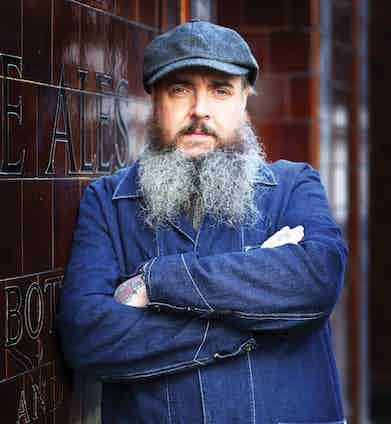 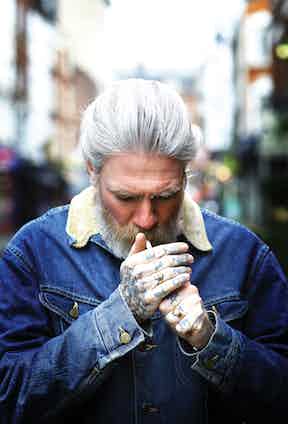 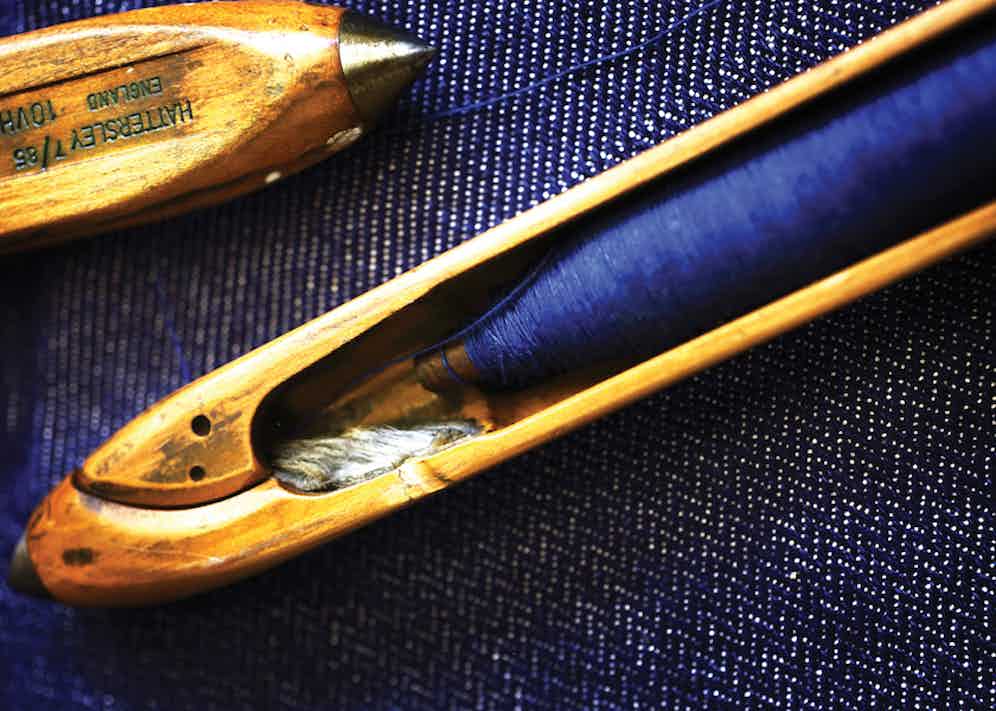