Gregory Peck on the set of The Guns of Navarone, 1961. Photograph by Alamy.

The Spartans may have been renowned as brutal warriors, but in fact they were a pragmatic bunch, wearing a cloak and tunic (known as a chitōn) in deep crimson to disguise bloody injuries in battle. In the millennia since the time of King Leonidas and his fellow heroes of Thermopylae, military garments have continued to be designed with practical concerns in mind, which explains why so many menswear staples are derived from martial attire. Form following function is, after all, the essence of good design.

Chinos, T-shirts, trench coats, the necktie (descended from the red scarves worn, for much the same viscera-obscuring reason the Spartans wore crimson, by mercenary Croats — hence the moniker ‘cravat’), cargo pants, desert boots, bomber jackets, aviator sunglasses, even the suit… The list of fundamental men’s garments born on the battlefield goes on and on. Add to that tally, our focus today is the pea coat.

Sharing DNA with another style essential of naval origin, the blazer, the modern-day pea coat is based on outerwear initially worn by sailors from the Netherlands, Great Britain and the US in the 18th and 19th centuries. The Dutch are generally credited as inventors and can almost certainly claim naming rights: it’s broadly held that pea coat is derived from the word ‘pijjakker’ — ‘pij’ (pronounced ‘pee’) describing the robust blue woollen cloth used and ‘jakker’ being a man’s short, heavy coat. Some argue that the American description of the garment as a pilot’s coat provides the pea’s provenance. All observers agree that the green vegetal type found in pods (or causing princesses sleeping difficulties) have nothing to do with it.

A pea coat may look stylish as all get out, but its lines are purely functional. The coat was cut shorter to give greater freedom of leg movement to the sailors who first wore it, men known as ‘reefers’, tasked with unfurling sails and climbing in a ship’s vertiginous mast rigging, who would’ve found a long coat cumbersome — potentially, life-threateningly so. These hardy seamen lend the garment its alternative epithet, reefer jacket. 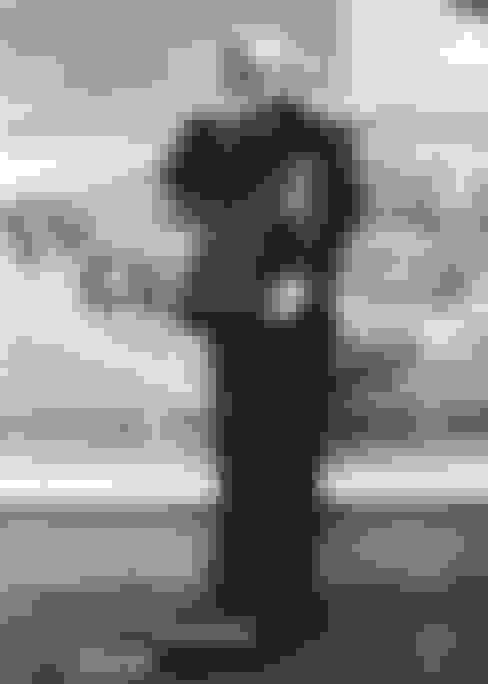 The pea coat’s double-breasted, eight- or ten-button front with ‘convertible’ Ulster collar were devised to be easily fastened, protecting the chest and neck from blistering winds, rain and spray. Vertical side pockets allowed seafarers to comfortably warm their hands. While the top of the coat was snugly fitted to better protect against the elements, its skirt was flared to allow greater movement in the legs and hips. (Officers, who’d no need to perform tasks of derring-do, wore a longer knee-length version called a bridge coat.)

Sartorial legend has it that the captain of the Royal Navy ship HMS Blazer had his sailors’ reefer jackets blinged up with gold buttons to impress Queen Victoria during an official inspection in the mid-19th century. That affectation would be the wellspring of the blazer, which (at least in double-breasted form) is basically a reefer jacket in a lighter cloth with brassier buttons. In keeping with its low-rank origins, however, the iconic pea coat traditionally takes a basic black horn or plastic button — outsized, so as to be more easily done up with cold, wet hands. An engraving or imprint of a rope-entwined anchor is frequently featured, derived from the seal of Charles Howard, 1st Earl of Nottingham, the Lord High Admiral serving Queen Elizabeth I during the defeat of the Spanish Armada in 1588.

Despite its wartime roots, the garment eventually came to be a favourite of the “peace and love” set — giving a whole new meaning to ‘reefer jacket’. Like the numerous other items of sturdy, affordable military surplus that were in plentiful supply after World War II, the pea coat (a Schott NYC iteration of which was issued to American sailors throughout the 20th century) was adopted by the beatniks of the 1950s and hippie counter culture of the '60s. In the ’70s, it enjoyed memorable cinematic outings on Robert Redford in Three Days of the Condor and Ali McGraw in Love Story.

Originally crafted from heavy 30-ounce wool or wool/acrylic blends, today many lighter and more luxurious fabrications of pea coat are available. New & Lingwood does a lovely version tailored in Italian double-face pure new wool flannel in navy, with the reverse in a discreet navy and blue check. Grenfell makes a model in navy merino with metal buttons, and leather pocket trim redolent of a duffel coat. Military tailors Gieves & Hawkes’ take boasts an elegantly generous lapel for that mid-’70s Redford feel, while Private White VC presents a pea coat in traditional Melton wool treated with their water- and stain-resistant Ecoseam finish. Armor Lux’s 100 per cent wool rendition, meanwhile, is light on cloth and easy on the wallet.

No matter which you choose, like sailors of old, you’ll be glad to have a pea coat handy as the cold and wet of winter close in.