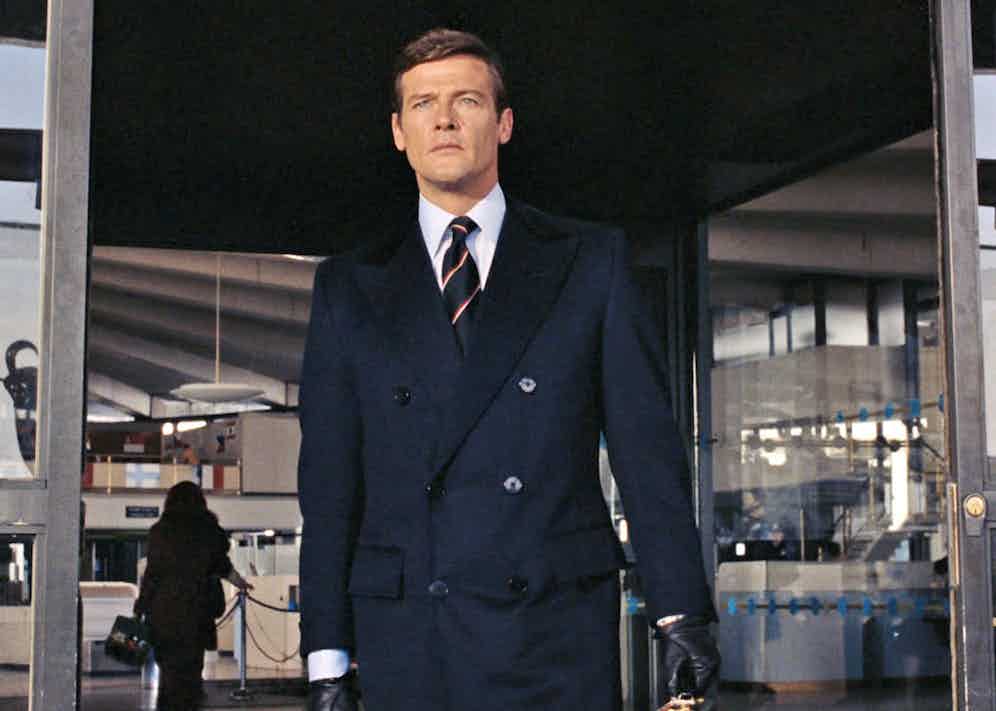 Roger Moore’s navy chesterfield overcoat in Live and Let Die, 1973, is finished with a velvet collar and completes the attire of a sophisticated gentleman.

When some prescient designer within the Camplin Family, suppliers to the British Navy in the 19thCentury, decided that Her Majesty’s senior military seafarers should take to the waters in double-breasted ‘reefer jackets’ (aka ‘officers’ coats’), he would surely never have imagined that his simple idea - overlapping front flaps with two vertical columns of buttons - would become a civilian outerwear genre all of its own, with notables of subsequent ages such as James Dean,Roger Moore and Daniel Craig all helping cement the form’s iconic status.

To this day, the pea coat’s ancestors continue to punch well above their weight, according to Kit Blake Founder and Creative Director Chris Modoo: “If you think about classic overcoats, so many of them are double-breasted; the greatcoat, the pea coat, the British warm, the Ulster coat, the polo coat... As well as the obvious benefit of having extra cloth to keep the wearer warm, they also have larger lapels that look great when ‘popped’. It’s no surprise that double-breasted coats have remained popular even in those periods when double-breasted suits and jackets were rarely seen.”

Indeed, take a stroll along Savile Row on a winter’s morning, surveying its window displays along the way, and you’ll be reminded of the double-breasted overcoat’s eternal credentials as a formal staple. But the bespoke option, while always enticing, is not imperative. The traditional Paletot – possibly paired with a half-toked ciggie and wistful gaze into the middle-distance, a la Serge Gainsbourg – is just one timeless off-the-peg option for a formal ensemble, with the scope, as 2017 draws to a close, now wider than ever.

Chester Barrie’s greatcoat, crafted out of a rich tobacco wool herringbone, is hefty on both the elegance and practicality fronts; Falke’s Grey knitted Merino trench takes the formality down a notch or two, but remains a worthy top layer for traversing the streets of Tribeca or Chelsea during the winter months, the latter’s belted waist affording its silhouette a pleasing hourglass effect while the epaulets give a subtle nod to the military heritage at play here. The Cromford Leather Company’s chocolate brown Eastwood suede coat, whose ten-button arrangement, a deviation from the usual six, gives the wearer a kind of vertiginous elegance, is another twist on the conventional form. 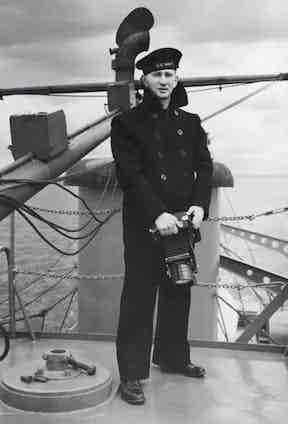 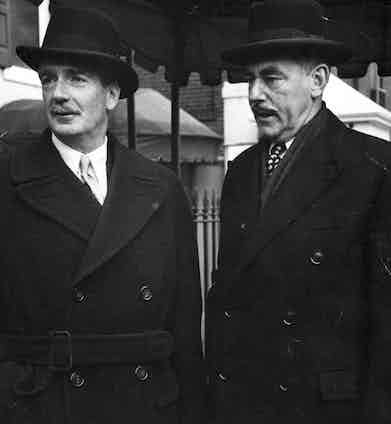 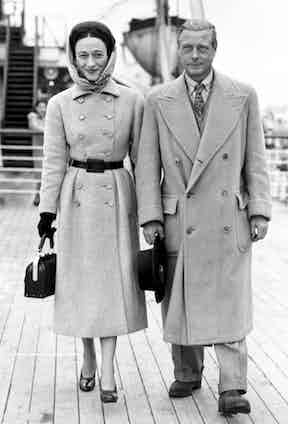 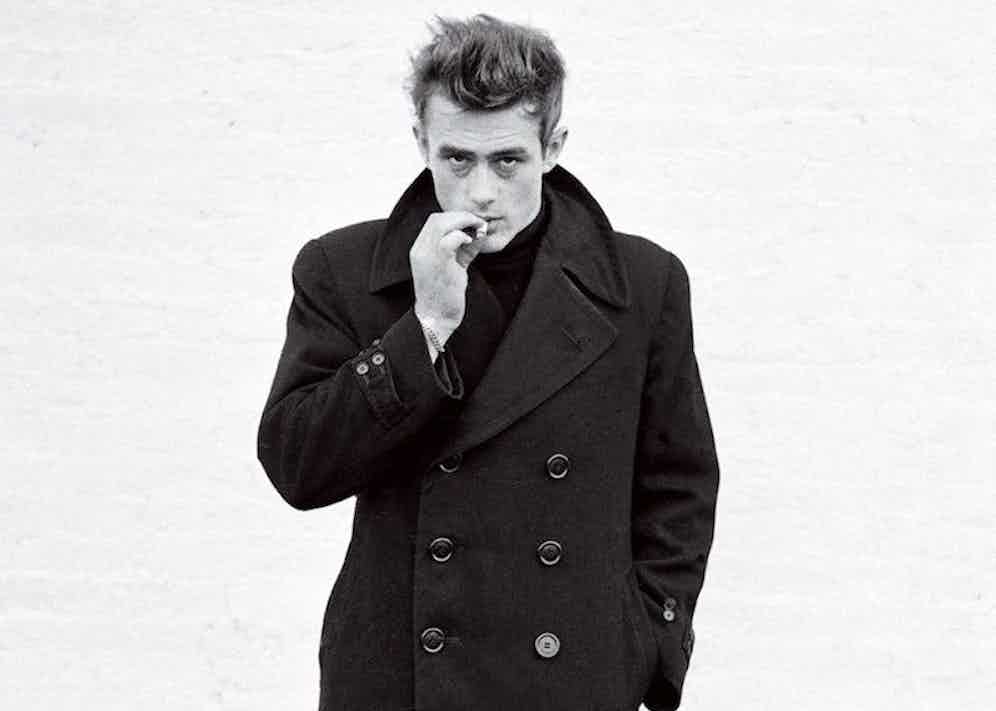 Meanwhile Ring Jacket's double-breasted overcoat – made in Japan from a black and white glen check version of the company’s signature ‘Balloon’ fabric, which is specially woven to have a natural stretch but also innate bouncebackability – is a beautiful alternative if a bolder approach to formalwear is your sartorial shtick on any given day.

But don’t imagine for a minute that double-breasted outerwear seemingly made for stiffer milieus and occasions need be restricted to such scenarios. “A good double-breasted coat can be worn less formally, too, so I would always buy one that is on the trim side,” says Modoo. “Wearing it without a jacket, you can channel your inner Mickey Rourke in 9 1/2 weeks by wearing over a simple knit. For autumn/winter 2018, I’m working on a slim double-breasted coat for my new label, Kit Blake. It has the 1/2 belt and turn-back cuff and, of course, a dramatic collar – but without the bulk of the usual greatcoat. Plus, it sits above the knee."

Then there’s the inherently informal options, too. Rubinacci’s Casentino Ulster coats in forest green and navy, with their broader lapels and tapered waists, have a strikingly authoritative silhouette, while Private White V.C’s navy Manchester wool pea coat – arguably the closest thing listed here to the outerwear worn by those naval officers of yore – comes in a tightly-woven wool, and is fully-lined with cotton through the body and viscose through the sleeves for extra warmth (the shearling collar version raises an even prouder middle finger to the elements). Equally snug is the same brand’s light brown, brushed cotton, eight-button twill Jeep coat, so named because it resembles the sturdy coats worn in open-sided war-time vehicles.

If there’s an overarching piece of advice when it comes to double-breasted outerwear, it is: trust your more whimsical instincts now and again. With all the coats mentioned above, apparent clashes of formality level between layers rarely makes the whole less than the sum of its parts, as long as said parts are chosen wisely. Sprezzatura is key: take too long with the aim, so to speak, and that devastating sartorial shot across the bows may just go awry… 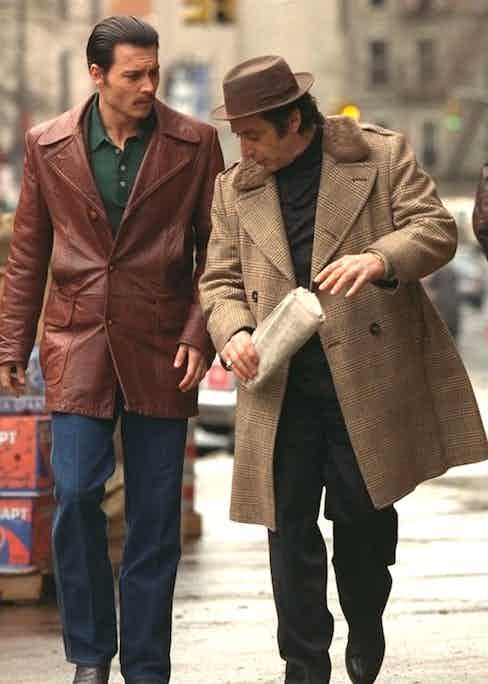 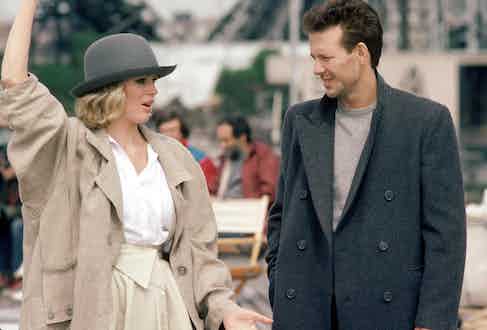 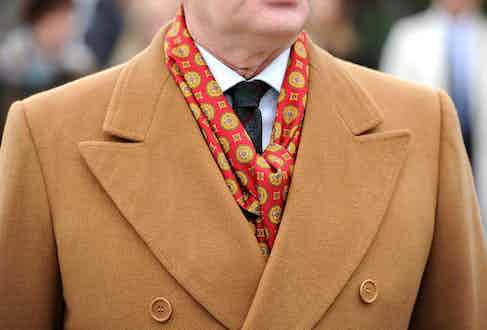 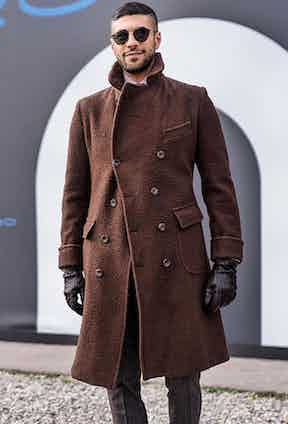 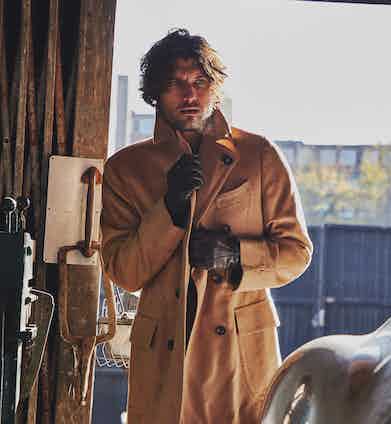 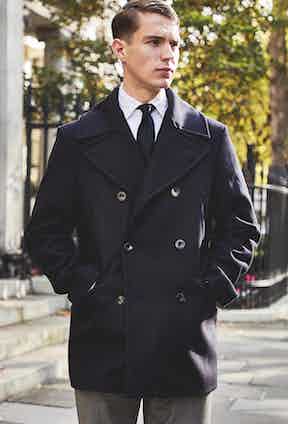 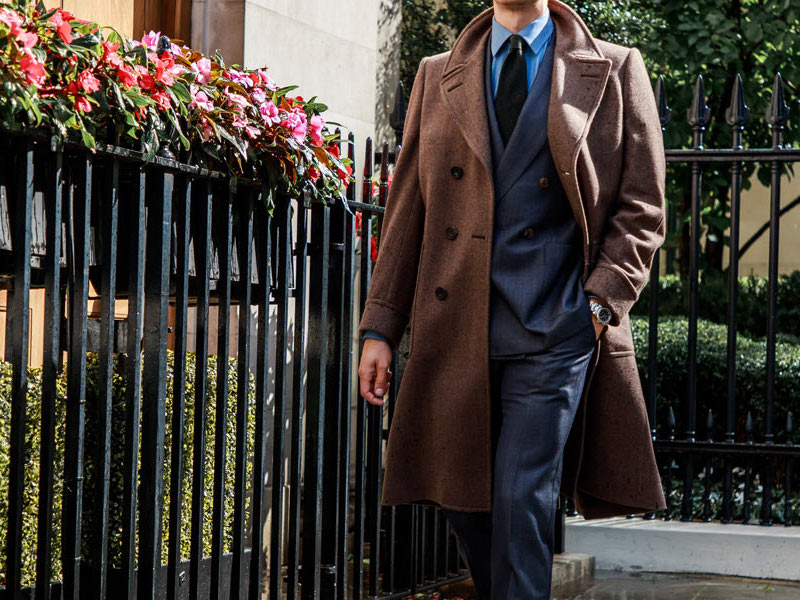