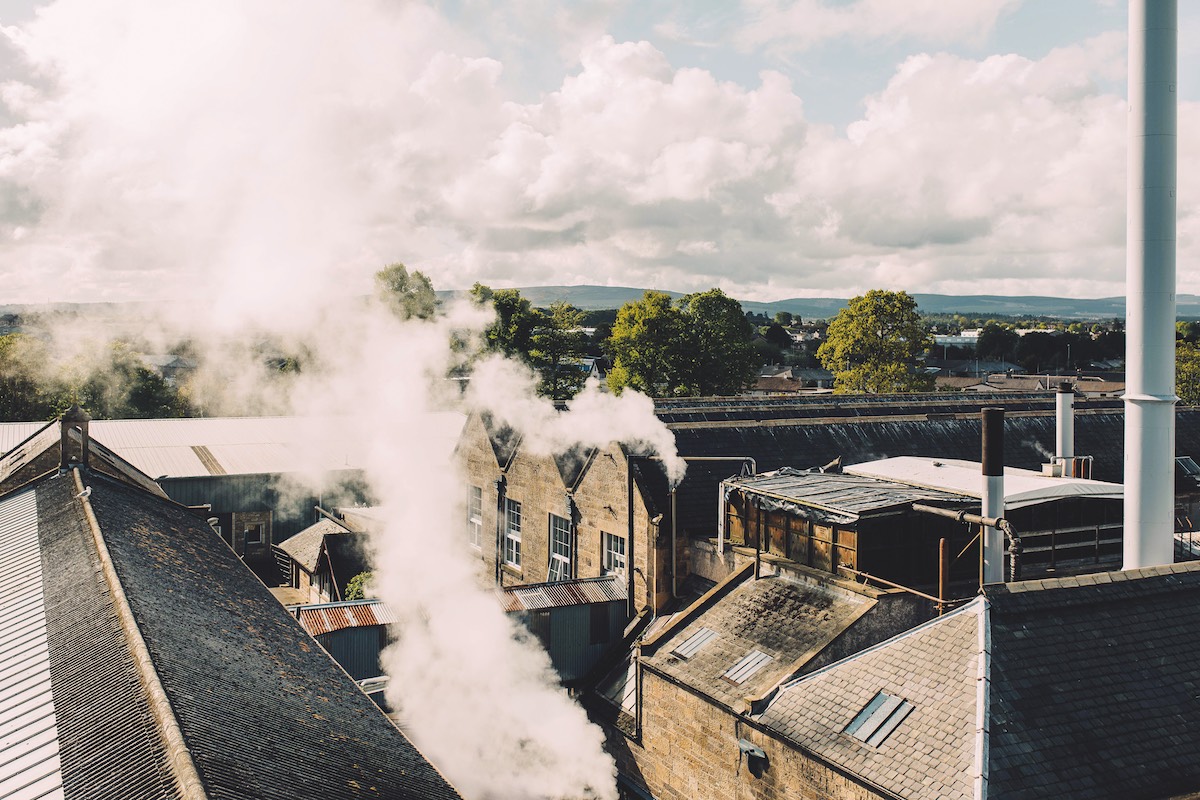 The mill in Elgin, Johnstons' home since 1811, where fine woollens and cashmeres are wovan.

For too long Johnstons of Elgin have been referred to by the menswear industry as ‘the brand behind the brand’. They have been called upon by monolithic high-fashion houses because of their incomparable skillset in weaving and knitting the most exquisite cashmere garments and accessories. However, the tide is turning for the Scottish company that was founded in 1797, survived two world wars, and prospered through potential business-ending devastations and the demands of globalisation.

“Although it might look like a lot of change, I really don’t want us to act like a start-up,” Simon Cotton, the Chief Executive, tells The Rake. He explains that they cannot afford to forget Johnstons’ foundation. “Everything is designed to be incremental to it,” he says. And in doing it this way, Johnstons have cracked the code that so many family-owned heritage textile manufacturers miss when they introduce their own label and aim for greater contemporary relevance.

The past 10 years have been particularly telling, with two appointments making a difference. The first was Cotton’s: his conservative business plan and leadership have been described by Jenny Urquhart, a non-executive director and family member, as “transformational”. The second was the hiring of Alan Scott as creative director. Under Scott’s stewardship, Johnstons made their men’s and women’s debut at London Fashion Week in 2018 to critical acclaim, and their lines can now be found on Harrods’ revamped luxury menswear floor alongside other leading players in the industry. “Harrods gives unbelievable credibility to any brand, and I am extremely grateful for the confidence they have shown in us,” Cotton says of the partnership. Together, Cotton and Scott have injected a new sense of modernity into the company. With investment also made in Elgin, the weaving mill, and Hawick, the knitting mill, Johnstons have a set-up fit for the future — and an eco-friendly future at that. 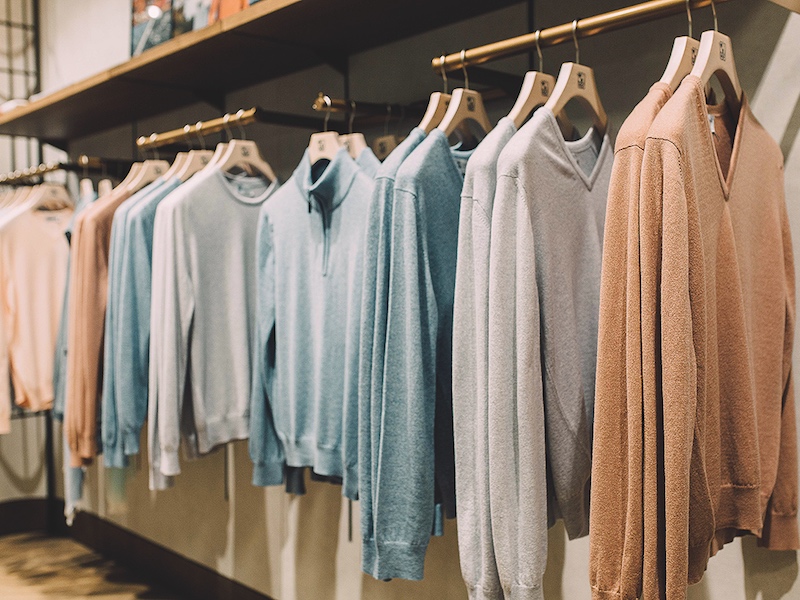 A small offering of whole-garment, ultra-fine cashmere knitwear in the Edinburgh store.

Johnstons employs more than 1,000 people — “we’re bigger than some universities,” Urquhart tells me proudly. It is admirable how much the business values its staff. Cotton says: “No matter what machinery we buy, we can’t be better than our people, and every member of staff has their own personal learning journey planned out as a core party of their daily role.” It is this kind of sensitive and forward-thinking approach that is reaping rewards.

Johnstons is what you would call a vertically integrated business, but in the purest sense of the phrase, as they take raw cashmere fibre through to the finishing stage in complete transparency. As well, Johnstons are setting standards when it comes to sustainability. “We established the Sustainable Fibre Alliance with Kering group, and that is the rulebook that everyone follows and is industry standard for the herdsman, flocks, families and further education,” Scott says. “The traceability to the source is fantastic. We can guarantee where our cashmere comes from, as we go there to visit them and drink milk with them in their tents and negotiate the price. It’s literally as hand-to-mouth as that.” Johnstons produces a staggering 350 tonnes of cashmere a year (plus around 60 tonnes of Merino); what’s more, though, is that the cashmere is not shaved but combed. “It’s just the excess of what they would naturally shed, so you can gauge a better understanding of how many animals it takes,” Scott says. In doing it this way, the handle is of a supreme, world-renowned quality.

In 1949, James Johnston, the second-generation family owner who was an avid explorer and adventurer, made the first purchase of vicuña in the U.K. following a visit to South America, where he witnessed for the first time the precious camelid. Two years later, Johnstons made the U.K.’s first purchase of cashmere at the Crystal Palace textile exhibition while also exhibiting vicuña shawls. This is where the Johnstons cashmere story starts (prior to that it was milling estate tweeds and linens). 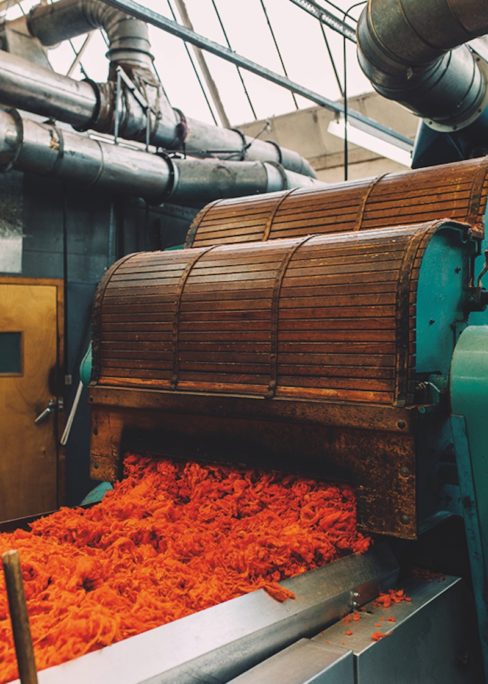 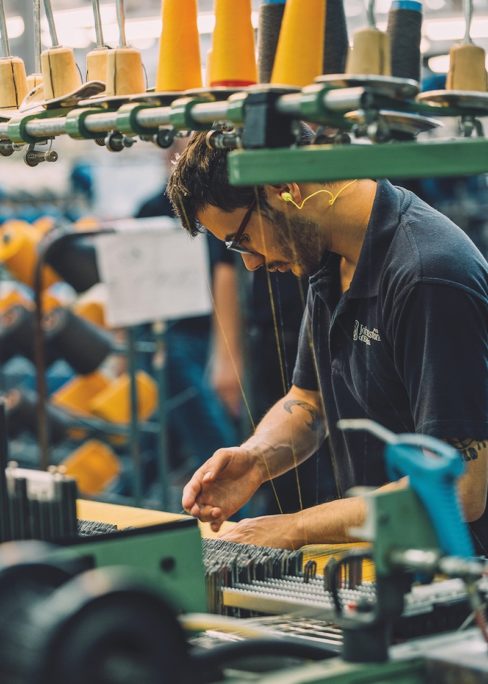 With experimentation and innovation at the forefront of production, bales of cashmere from Mongolia, China and Afghanistan are now delivered to the mill in Elgin, where the material is carded and dyed — there are more than 7,500 colours to choose from — via four processes, the most popular one being fibre dyeing. It is then spun into yarns before veering off in two directions. Either it continues through the mill and is woven into myriad designs patterns, or it is delivered to Hawick in the borders, where it’s knitted into jumpers, socks and other accessories, many of which are seamless for an unparalleled fit.

It’s in Hawick where a lot of innovation is taking place. Nick Bannerman, Johnstons’ Managing Director, says they have “been averaging about £3m worth of investment in the company each year, as some knitwear machines can cost up to £120,000 each”. Examples include ultra-fine 30-gauge whole-garment knitting machines for cashmere, cottons, silks and Merinos. Made by Shima Seiki in Japan, who allow Johnstons to test their prototypes before anyone else, they erase many of the stress points that normally come with knitwear. There’s the yarn store, which is a slick, tall network of technical storage systems that’s reducing footfall on-site while retaining jobs. That said, they’re still using four 50-year-old frame knitting machines that require 10 years of training to master. Machinery aside, there are the design and training centres that are linking local communities and future generations; many mills and factories have closed over the years, and their ex-employees are welcomed with open arms.

While Hawick is impressive, “the real magic”, as Scott says, takes place in Elgin, where Johnstons have been based for the past 200 years. Conjuring nostalgic feelings, it’s a beautiful, old-fashioned mill that’s dispersed across a fairly large site and fed by the River Lossie. It’s this water source that does wonders for Johnstons, with its natural properties creating the soft handle for which their products are known. Weeks after the company celebrated its 200-year anniversary, though, the mill was flooded with water. It was forced to close, and the cost of repairs totalled £33m. 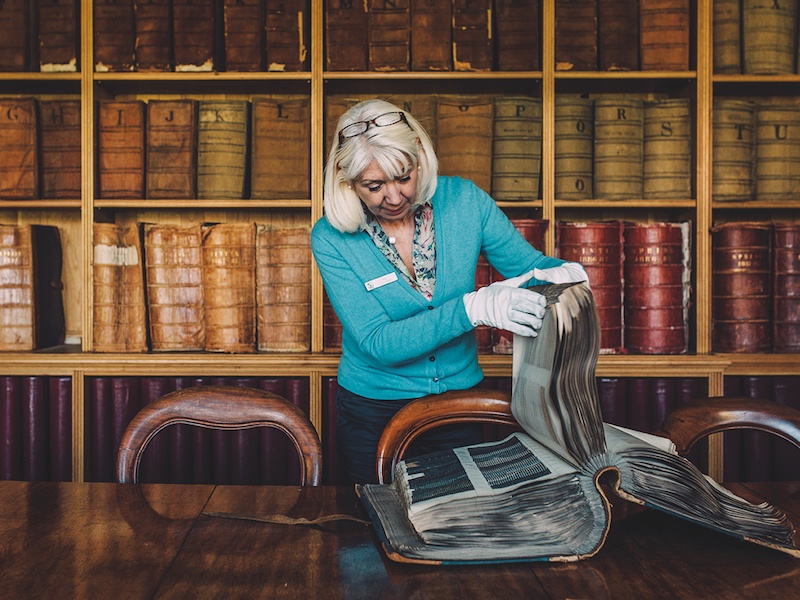 The impressive archive, which dates back to 1797.

On the subject of innovative investments, Cotton says: “In our woven mill in Elgin we have invested in three ultra-fine jacquard looms. These finer jacquard heads allow us to make more defined jacquard patterns, which are perfect for re-creating the most beautiful hand-drawn artworks. Many people can’t believe the resulting products aren’t printed.”

While he was excited about the jacquard looms, Cotton returns to the subject of Johnstons’ employees. “It’s always wonderful to see the shiny new machines arrive and watch the designers create things which have never been created before,” he says. “However, the most significant investment and the most important one has been the vast commitment to learning and development across the whole organisation involving every single member of staff.” On July 1 this year, Johnstons became a member of the Living Wage Foundation, and as the British textile industry’s largest employer, the firm certainly makes a statement of intent towards its staff.

I ended my grand tour in Elgin. It was an enchanting experience. The looms were in full swing, weaving for the Johnstons brand and their private-label clients. It was business as usual — just another day in Johnstons’ 221-year history.