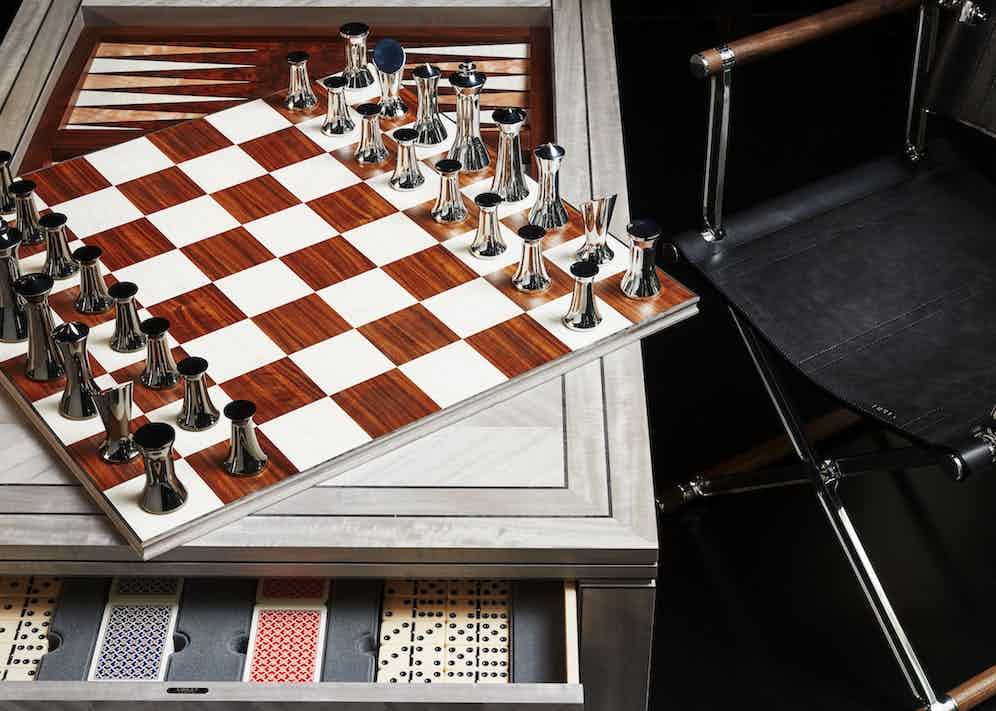 Whilst taking exercise is universally accepted as being good for you, it is equally important to keep your mind stimulated. And no I don’t mean binge-watching Westworld, no matter how complicated it is. Though reading a book is the traditional pastime for the learned, board games provide life lessons and philosophical mic drops that can happen in 15 minutes, which novels will find hard to keep the pace with. Here are five games you should master and frankly, there’s no time like the present, literally.

Backgammon: An ancient, and noble game of strategy, luck and cunning. The joy of backgammon lies in the appreciation of the opponent’s good fortune and skill. One game may last about quarter of an hour, but you can play several games in a sitting so the odds are you will both experience the upper hand and the dice supposedly working against you. You learn that victory can be clutched from the jaws of defeat. The amount of backgammon games I have seen that were all but lost and then a single roll changes everything.

Chess: There are paintings of the Knights Templar playing chess. Though the game predates them, it tells me everything I need to know about chess. It’s the game for the most badass medieval knights who knew all there was about protection, scheming and strategy. Though like chess, the knights learnt the hard way that actions, however powerful they make you, have consequences that may only reveal themselves later in the game. A highly complex derivation is a game called Kriegsspiel, which is a war game invented by the Prussians to train officers.

Monopoly: My mother banned Monopoly in our house, citing my older brother’s tendencies to steal his neighbours money without them knowing, an accusation he vehemently denies. The key to monopoly is to remove all subjective approaches and stick strictly to the objective. You should worry about what is logical and what is about business strategy rather than which family member you are about to fall out with. Monopoly is very much about collecting £200 when passing go and also picking your lucky counter (the top hat for me obviously), but once that novelty wears off and houses/hotels can be made, the inner landlord in all of us beckons and he with the business acumen will prevail. The lesson? Businesses can’t have feelings.

Mahjong: Seems complex, largely because it is – there are 144 tiles in a mahjong set. The aim is simple and not too dissimilar from Rummy, which is to get a set or ‘meld’ of tiles that match, discarding tiles you don’t need to eventually end up with what you do need. There are however, three other people on the table looking to do the same thing and so observation and memory (not to dissimilar from poker) is recommended to keep track of what’s on the table, and your chances of victory. The lesson to be learnt is that we make our own luck and create our fortunes, but others can get there first, so no dawdling.

Scrabble: Bear with me here, but Scrabble is not for the faint-hearted. The rules aren’t where things get complicated, there is almost no chance of not following. But within its simplicity, lies its greatest challenge. For no matter how dexterous a wordsmith you think you are, luck, and other people’s use of double-vowel, two-letter words can leave you out of options, and even an editor of a magazine that prides itself on fluid, sesquipedalian use of language, is resigned to adding a ‘o’ to either side of the promontory ‘n’. Scrabble teaches humility, and keeping your tiles close to your chests, and an active, very British dismissal of any suggestion from your friends and competitors (nay, combatants), that you are sure to do well in the upcoming game.