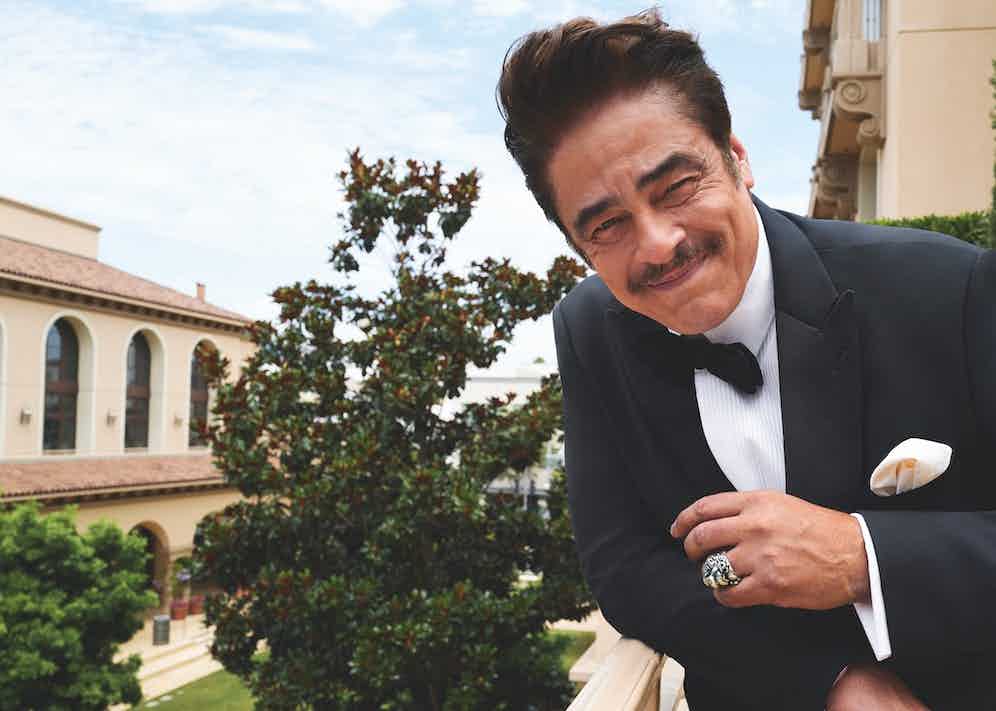 It’s a typically radiant morning in Los Angeles, but Benicio Del Toro is feeling a touch of the blues. Bereavement, to be exact. The deceased, who died a few days before our conversation today, is a man he didn’t know personally. In fact, he saw him in the flesh only a handful of times, but on the first occasion — as a 14-year-old, in 1981, at the Carrier Dome in Syracuse, New York — the young Del Toro was struck by a mojo that surfed the crowd and left him with a feeling he’d carry for the rest of his life.

“Oh, man, Charlie Watts! He was the roll of the Rolling Stones,” Del Toro says. “I think Charlie Watts is the first musician, maybe, that I listened to where I was actually feeling the story of the music in some ways. I just remember trying to follow his drumming and always getting lost and trying to figure it out all over again. I’ve been listening to his drumming since my childhood. But, hey, we got a lot of work that he left behind that is going to outlive all of us, and that’s nice to have. For me, it’s like the Stones and the Beatles, the Who, Zeppelin, even Elton John — these are musicians I’ve listened to when I was up, when I was down... They’ve made me feel braver in life, if there’s such a thing. There’s this, ‘You’re not alone’ element to that music. Yeah, some connection. Whatever it is... You can call it spiritual.” 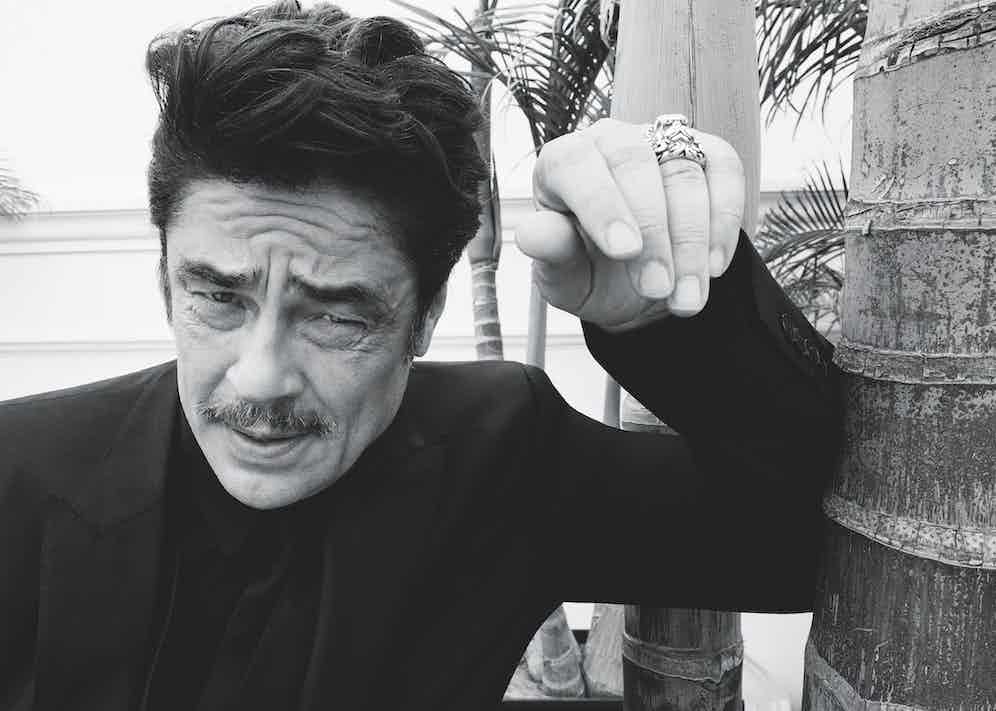 The British invasion of the mid 1960s, when numerous musical acts from the U.K. hit the big time across the Pond, has not just furnished Del Toro with a regular dose of existential belonging (not to mention the largest vintage vinyl collection in Hollywood), it may have provided him with a career roadmap. Del Toro grew up in Puerto Rico, closer to Buenos Aires than the Hollywood Hills, and moved to Pennsylvania aged 16, seven years after the death of his mother. 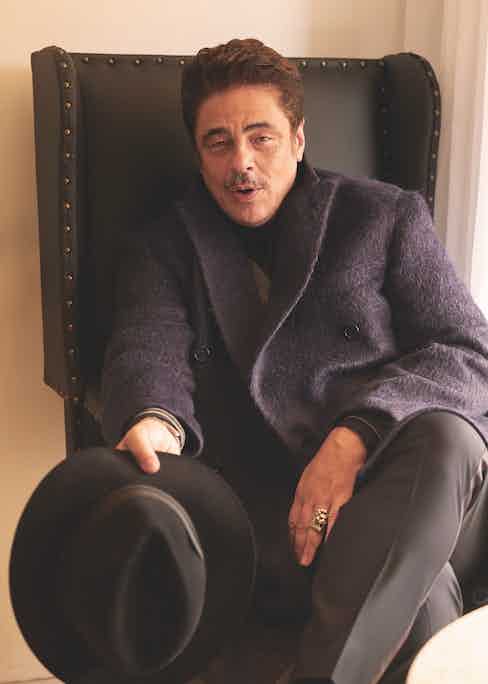 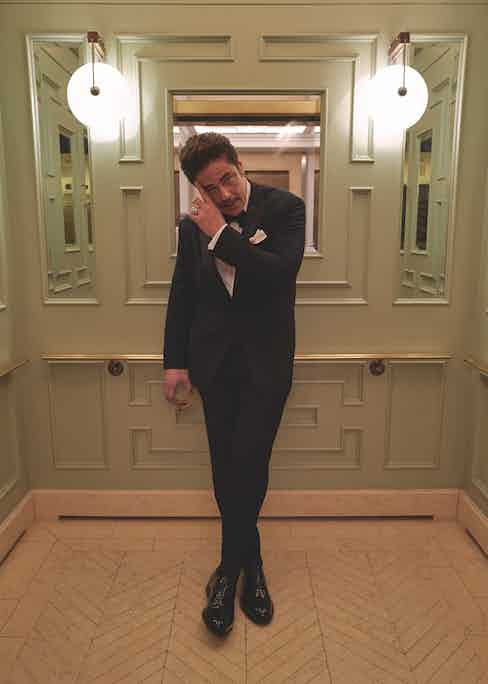 “They [the rock groups] were from England, yet they were doing the blues,” he says. “The Stones were singing about places they’d never been and making you believe that they knew what they’re talking about, bringing in this sound from a place they’d never been. They just came out from outside and they evolved and they kept growing. I think that’s super-interesting — how you can take something somewhere and create your own thing — because I came from outside of Hollywood. I didn’t grow up with the movies. I didn’t grow up with theatre or anything like that. It always felt like I got lucky and studied with one of the greatest teachers of acting and theatre around. I had no background in it when I decided to be an actor.”

If you haven't yet managed to peruse the contents of Issue 78 of The Rake, here is a sneak preview in the video below.

With special thanks to The Maybourne Beverly Hills

Read the full Del Toro interview in Issue 78 of The Rake - on newsstands now.