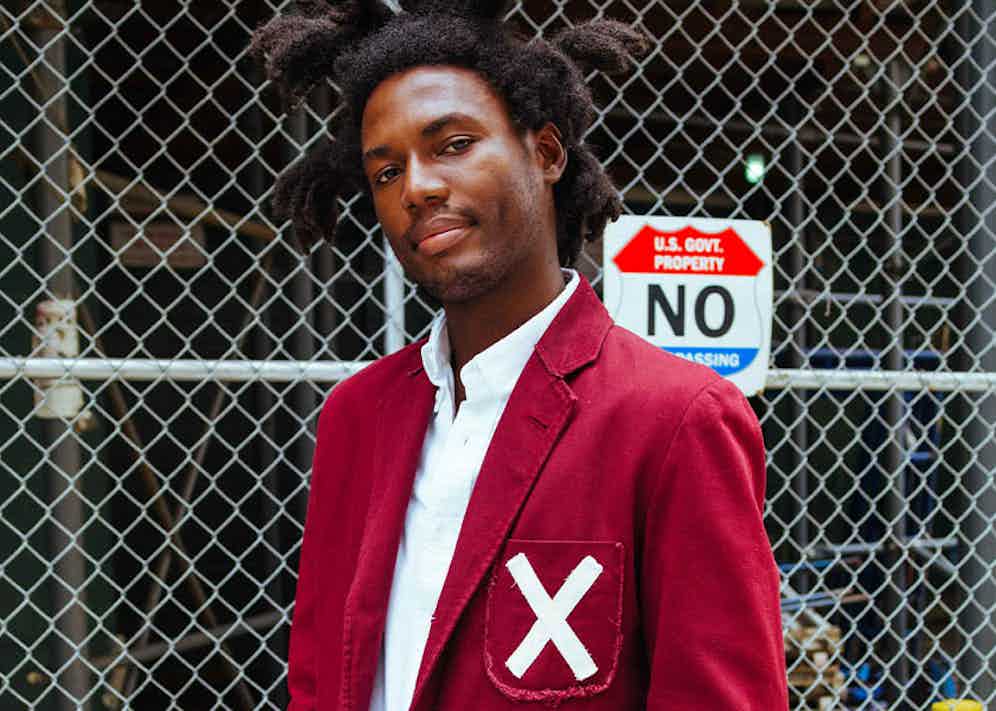 There exist certain incontestable truths. The earth revolves around the sun. What lives will eventually die. The Stones are cooler than The Beatles. A well-dressed man’s wardrobe must contain at least one classic navy blazer. These are Facts (with a capital F). Irrefutable. No correspondence will be entered into.

However, while the blazer’s necessity is unquestionable, there are two divergent schools of thought on the origins of this essential garment. Between them, battle has raged too long. Let the conflict cease. The Rake is here to once and for all put an end to the argument over the provenance and etymology of the blazer.

For a century or more, some have asserted that the blazer is named for the colourful flannel jackets originally worn by members of the Lady Margaret Boat Club of St John’s College, Cambridge. In the opposing camp, others have held to the belief that the blazer takes its name from a 19thcentury warship.

Of the latter theory, the great menswear bard G. Bruce Boyer once wrote in this publication, “Everyone knows the story of the enterprising captain of the HMSBlazer, a frigate in the British Navy, who dressed his crew in smart, dark blue double-breasted jackets with brass buttons to impress Queen Victoria. The story has been told so many times, it almost deserves to be true.”

But it is NOT true, dear reader! We now know as much thanks to the toil of a doctor of archaeology who, much like his fictional colleague Indiana Jones, set out on an international adventure in search of the truth. (Fortunately, unlike Indy, he was not forced to face snakes, fascists, booby-traps or poisoned blowpipes in the process.) 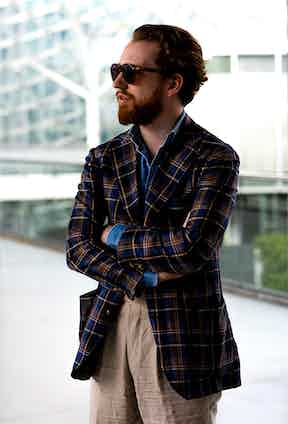 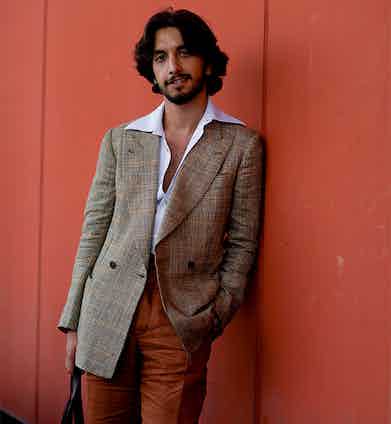 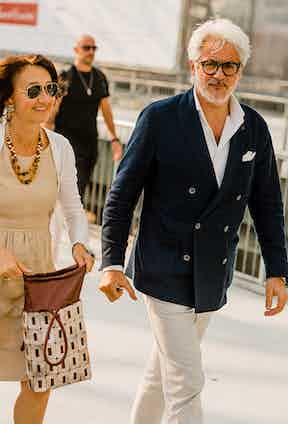 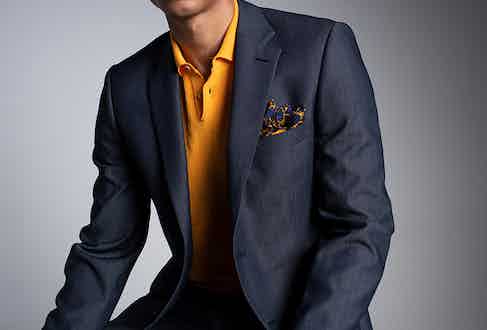 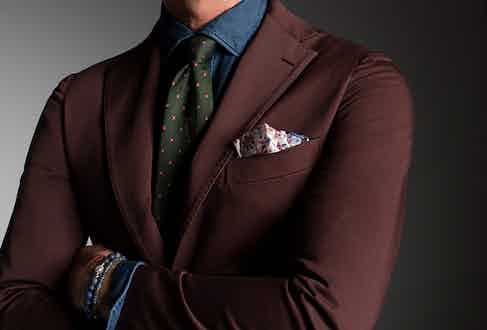 Several years ago, Jack Carlson’s studies and parallel passion for the sport of rowing had taken him to Oxford University, where he pursued a DPhil (the Oxford analog to a PhD) in archaeology and represented the storied institution as a rower. In tandem, Carlson began work on a coffee-table book documenting the history of the rowing blazer. Like the menswear labelhe would go on to establish, the tome was titled with great does-what-it-says-on-the-tin efficiency Rowing Blazers.

Carlson explains, “In the course of researching the book, I wanted to find some hard evidence for one theory or the other.” Were blazers named for sailors or oarsmen? He sought the answer at the Wren Library at Trinity College, Cambridge, repository for centuries of university records. “I used my D-Phil researchers card and told them I needed to do some very important academic research. Obviously it had nothing to do with my degree, though, I was just on a hunt for the first use of the word ‘blazer’!”

After much digging, Carlson located what he is confident qualifies as the first known use of the word blazer to refer to a jacket or article of clothing of any sort. “It’s in a thing called the Cambridge University Almanac & Register, the 1852 edition. That features the first use of this word to refer to any kind of clothing that anybody knows about. What’s really interesting to me is that in the 1852 edition, where the word ‘blazer’ is used as a nickname for the red jackets the Lady Margaret boat club would wear, it’s in inverted commas.” The indication being that the moniker was colloquial at that point.

“But when you look through subsequent years, subsequent editions,” Carlson continues, “by the time you get to around 1860, the inverted commas go away and soon after, other rowing clubs at Cambridge are starting to call their jackets blazers as well.” Carlson says his further research unearthed examples of rowing clubs at Oxford, Durham and other universities adopting the name for brightly coloured athletic garments in the late 1870s and 1880s.

The 1852 Cambridge University Almanac & Register citation gives the rowing provenance of ‘blazer’ primacy, Carlson asserts. “There is no evidence that predates 1852 for the story related to the HMSBlazer,” he says. “That story, it sounds like it makes so much sense, it sounds very plausible. But in the end, as far as I’m concerned, it’s a false etymology. The earliest evidence stems from the Lady Margaret boat club, from 1852.” 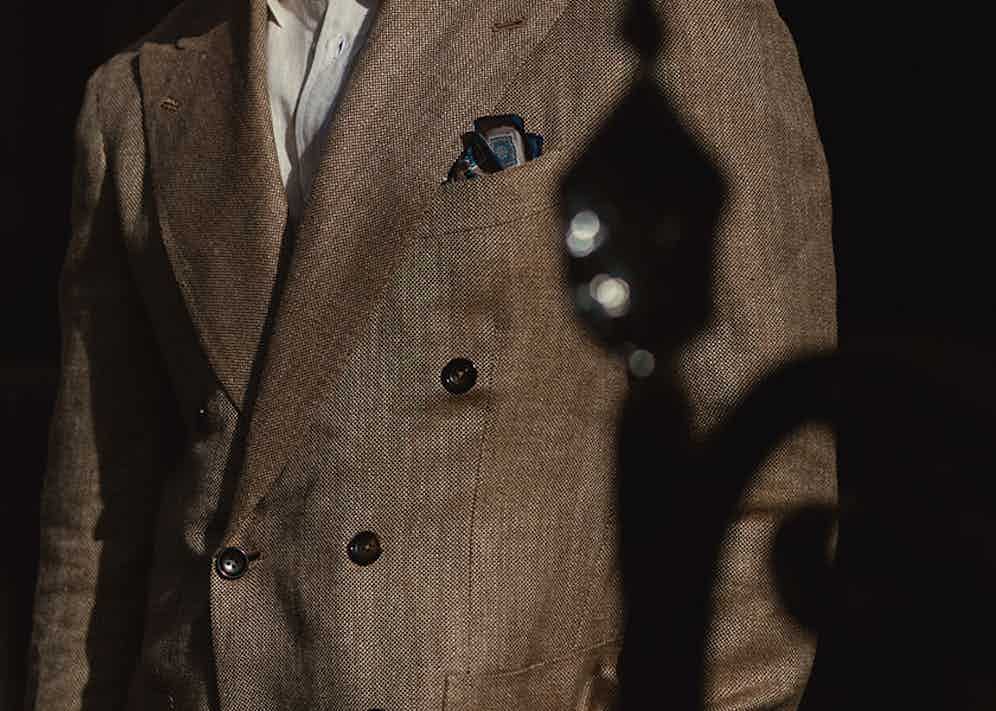