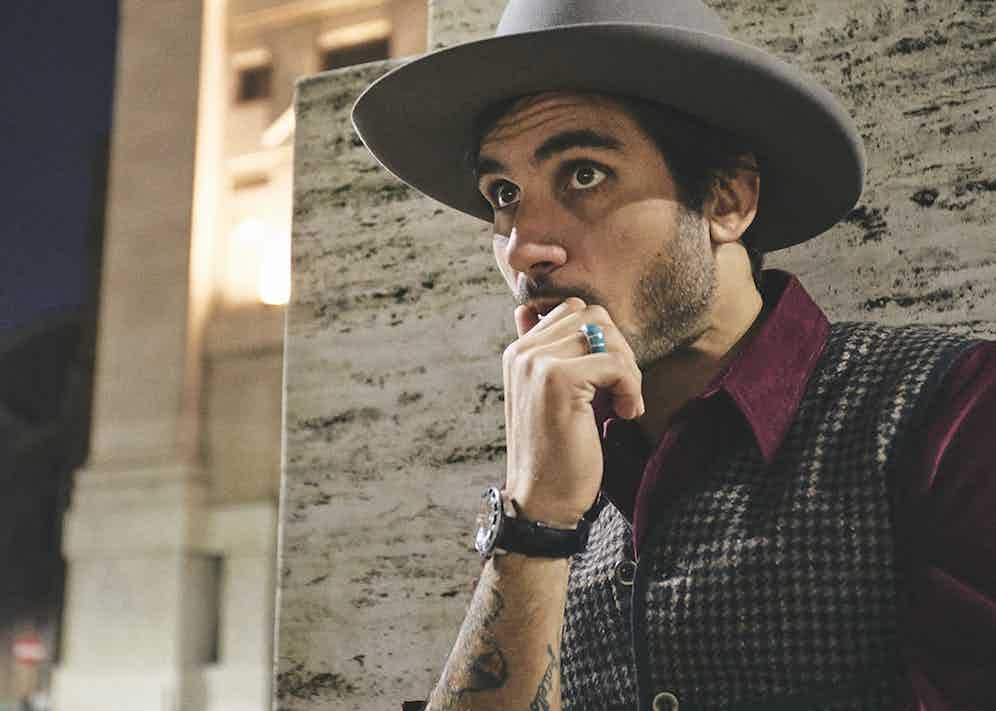 If you’ve browsed the super-cool footwear and apparel produced by ascendant Italian men’s outfitter Barbanera, you’ll have noticed that each style has been given a name. That’s very much a conscious move, explains the brand’s designer, Sergio Guardi. “We are making garments, we are not discovering new ways to fight disease or saving the world, and we know it,” he says. “That’s why I think that you have to add something to the storytelling.”

Music is one of the main sources of inspiration for Barbanera, so it’s no surprise that the brand has paid homage to several iconic musicians by naming styles in their honour. Here, Guardi relates how three musical greats in particular — Johnny Cash, Jimi Hendrix and David Bowie — have served as his aesthetic and philosophical muses. 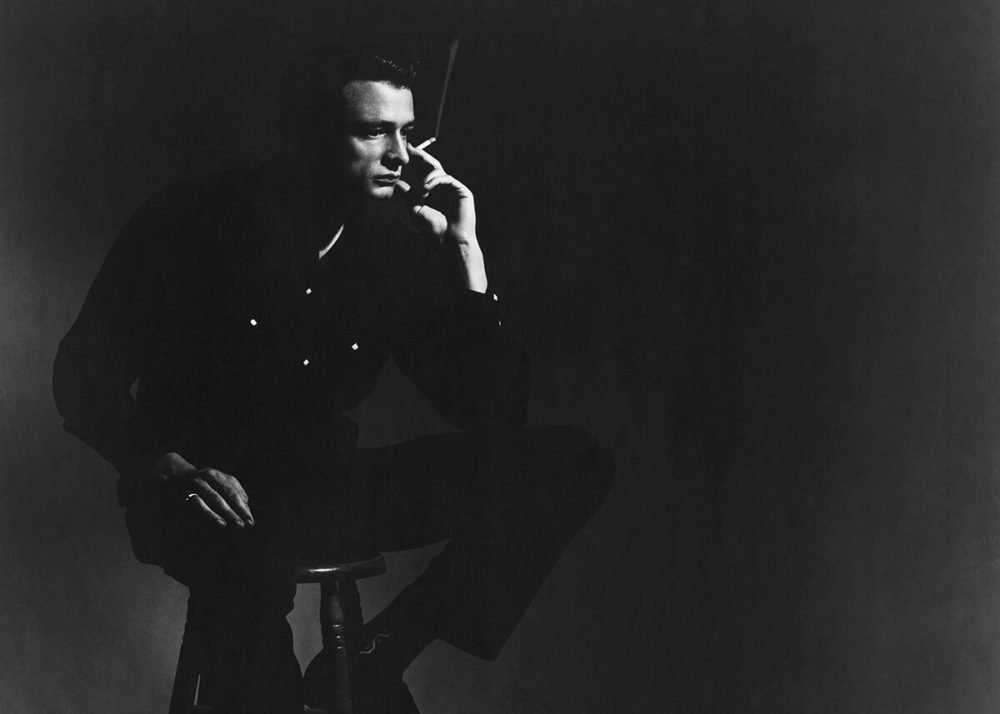 Johnny Cash poses for a portrait in 1957 in Memphis, Tennessee. (Photo by Michael Ochs Archives/Getty Images)

“It’s a matter of taste, okay? But to me, Johnny Cash is even more rock’n’roll than Elvis. Why? Because Johnny Cash was an individual, a real rebel, and he never ever hid this different aspect of his personality. Sure, Elvis was a rebel too, he was the king of rock’n’roll and he will always be. But Johnny Cash was an outsider. He wasn’t beautiful. He wasn’t as vocally gifted as many of his contemporaries, but he had soul, he had heart and he was always very close to the common man. He never forgot where he came from. Plus, he had that great sense of style — in an era where everybody wanted to be colourful or glittering, wearing very fancy costumes, his style was totally straight-up: he was The Man in Black. He had his own peculiar style, classic but very modern, you know what I mean? And he stuck with that signature style throughout his life. His songs are basically country songs, they’re not hard rock, not at all. But it’s about the attitude. Cash had a very strong personality. Some of those country tunes sung by Johnny Cash were more powerful — more rock’n’roll — than harder-sounding songs with electric guitar solos. So this to me shows that the attitude is the most important thing. It’s about being authentic and about being different and making things with soul, with heart. And that’s what I love about Cash and why we dedicated a model of boot to him.” 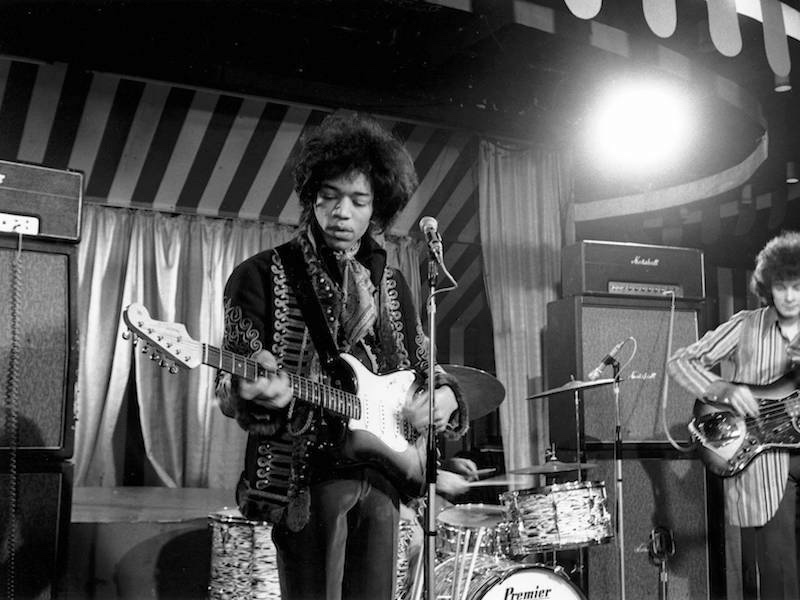 “Our Voodoo Child boots are, of course, inspired by Jimi Hendrix. Hendrix was the other side of the coin to Cash, I would say — the opposite thing, but in a good way. He was an amazing guitar player, an amazing artist, with an incredible sense of style. You can see Hendrix’s influence in a lot of designer fashion today. If you Google ‘Jimi Hendrix style’, you’ll see a lot of similarity with what’s happening in fashion right now. He was a black American guy coming from soul, R&B and blues, but at the same time, he never wanted to be defined under those categories, he wanted to be himself. So he mixed up different elements. He was American, he came from the blues world, but he moved to England and experienced great success there, creating a new musical mix, inventing a new way to play guitar. Visually, his style was amazing — we’re inspired by his eclecticism, his celebration of diversity. Plus, even when he’d become a superstar, he never stopped studying and learning, no matter how good he became he was always working on getting better at his craft. He never forgot his mission. So that’s why I love Jimi Hendrix, he may be my favourite artist ever in music. I started listening to him when I was about 14 or 15 and my ears opened up to a whole new world of music, thanks to being introduced to those sounds by Jimi Hendrix.” 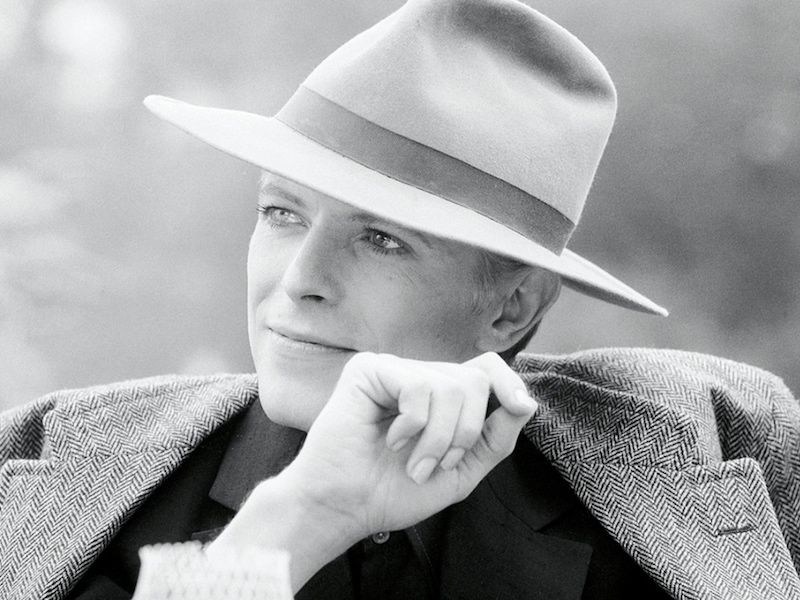 “Musically I’m not as big a fan of David Bowie as I am, for example, of Jimi Hendrix or Johnny Cash. But for sure Bowie was one of the greatest because of his creative freedom. That’s a quality that’s really important to us at Barbanera. We know we don’t have a century of tradition in shoemaking behind us, we’re new to this business. But that allows us to exercise creative freedom that more traditional companies don’t have, making different styles under the same brand, at the same quality. Usually, there is this big distinction between classic shoes, which are very well made but mostly in very traditional styles, and more fancy, rock’n’roll shoes, where often the quality is not so good. We do the both sides under the same umbrella, at the same high level of craftsmanship – it is about versatility, personality and creative freedom. I think David Bowie, in this meaning, could epitomise this concept because he changed and transformed so frequently. He constantly changed his style of music, his style of dressing — one moment he’s Ziggy Stardust, the man from outer space, the next year he’s chanelling jazz or soul style, super classic tailoring, super elegant stuff. Total creative freedom. As a master of reinvention, Bowie was probably the greatest ever, the G.O.A.T!”