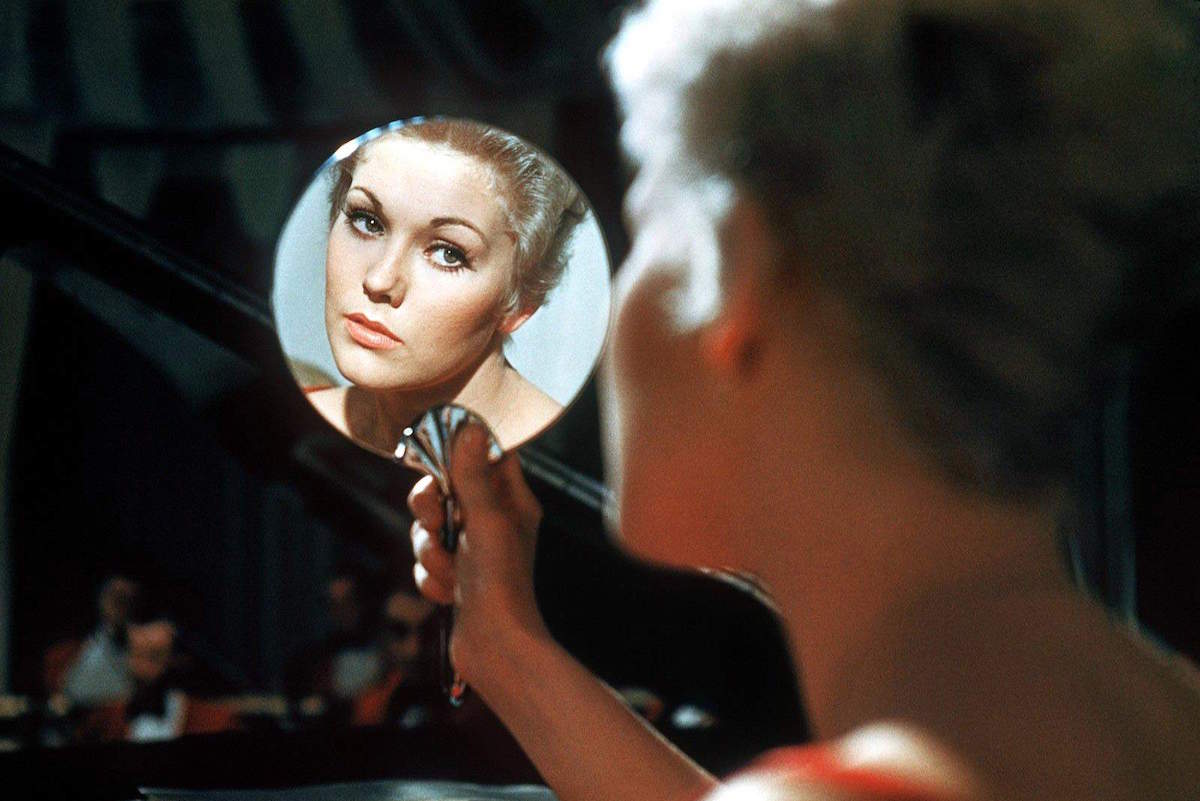 Kim Novak never intended to be an actress, and her success surprised no one more than herself. “I never dreamed of it, never even thought about it,’ she said. “It literally just happened, as if by magic.”

It wasn’t until a cross-country tour modelling for a refrigerator company took her to Los Angeles (during which she was crowned ‘Miss Deep Freeze’) that Novak, born Marilyn Pauline Novak, was scouted by Columbia Pictures. She was visiting the Hollywood set of Howard Hughes’s production of The French Line when the film’s choreographer, Billy Daniels, noticed her pin-up features and insisted on a screen test. When Columbia took her on, the notoriously unpleasant president, Harry Cohn, told her, “No one’s going to want to see a girl with a Polack name”. This didn’t wash with Novak, whose sense of self was to serve her well over the years. She refused Cohn’s proposed screen name — Kit Marlowe — on the basis that it was too strongly associated with ‘kitten’ (as in sex kitten). She settled on Kim as a compromise, and miraculously managed to maintain her (notably non-Polish) surname. In an industry that systematically manipulated young women into being whatever the studio bosses needed them to be, Novak, who had been raised in Chicago by her Czech parents, was insistent that she preserve her own identity and “not become just another sex symbol”. Statuesque, not skinny, with a handsomely beautiful face and hair like spun white gold, attempts to pigeonhole her as Columbia’s answer to Rita Hayworth and Cohn’s very own Marilyn Monroe were inevitable, but futile. 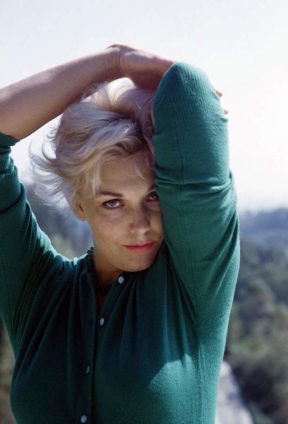 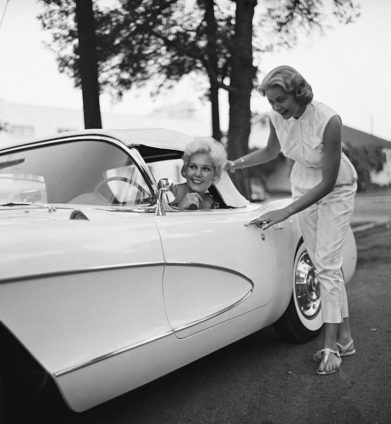 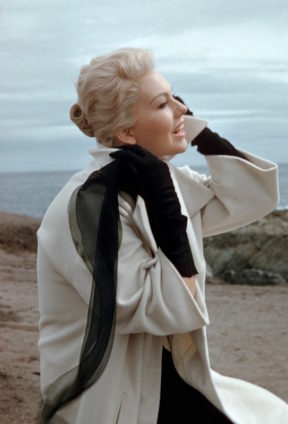 Under Cohn’s management, the accidental actress was cast in Picnic and Pal Joey, but it was Alfred Hitchcock’s Vertigo, in 1958, that propelled her from the periphery of the public’s imagination to centre stage, as she performed not one but two roles opposite James Stewart. In the early days of filming, Novak was absent on set, in a protest against her salary. When her pay more than doubled after negotiations with Paramount (to whom she was ‘loaned’ by Cohn), she told the press with some satisfaction, “I don’t like to have anyone take advantage of me”. She later found out how much Cohn had made from her and quipped, “He screwed me every way he could… Of course, except for the one way that counts.”

Despite being blasted by critics after its release, Vertigo was dubbed the “greatest film of all time” by Sight & Sound in 2012, and is considered Hitchcock’s cinematic masterpiece, due in no small part to Novak’s contribution. Working with the tyrannical, power-hungry director didn’t seem to faze Novak, who vocally objected to the restricting, uncomfortable suit and high heels her character had been assigned. However, it was not her bravery in challenging Hitchcock that was most admirable; rather, her reaction when her request went ignored. “At the end of the discussion he said, ‘You will wear the grey suit, and you will wear the black shoes. Thank you for discussing it with me, but I am the director.’” She realised she’d just received “the one and only direction about the character” that Hitchcock would give her throughout Vertigo. Far from demonstrating any prima donna tendencies, Novak knew that it was rare for a director to give a young female actress the time of day. From an artistic point of view, she also understood that she had an opportunity to make her own discomfort part of her character’s. 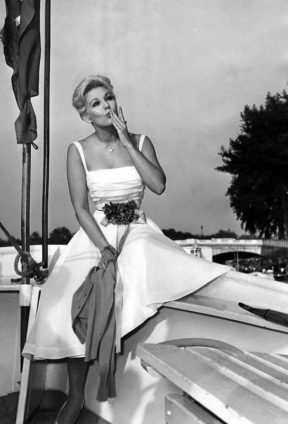 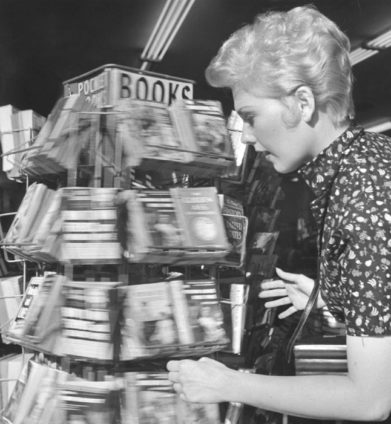 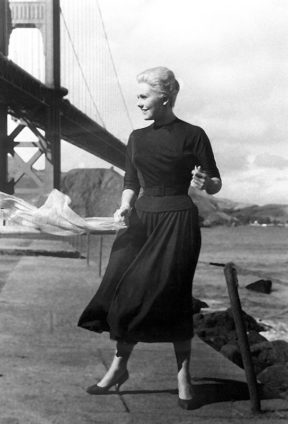 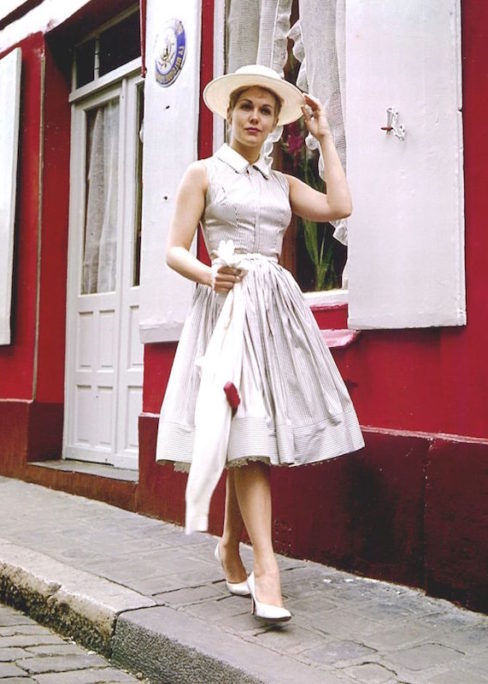 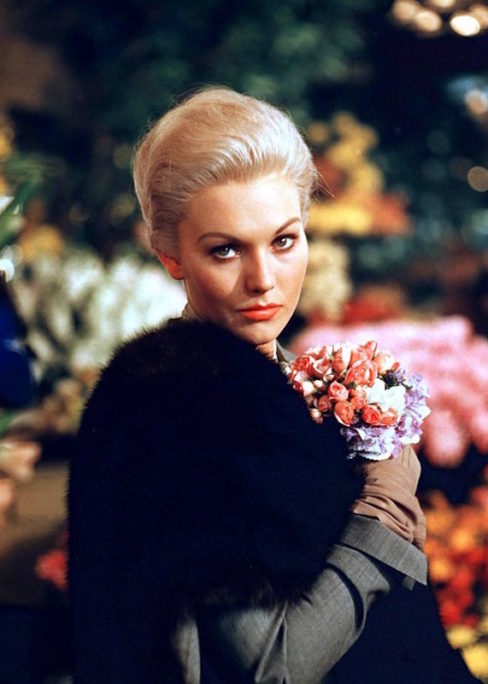 As she developed as an actress, however, her life began to imitate her art, and her characters became painful parallels for her own, increasingly uneasy, feelings towards acting. “Maybe I get tired of only being looked at,” she says with a sigh in Picnic; “If I become her, will you love me?” she weeps in Vertigo. Director Josh Logan said Novak wore her beauty “like a crown of thorns”, and indeed, she grew tired of being yet another peroxide-blonde poster-girl plucked from a production line of cookie-cutter starlets. Soon, she became disillusioned with the lifestyle Tinseltown offered and the lack of control she exerted over her own existence within it. Even her love life was not her own: after becoming romantically involved with Sammy Davis Jr., Cohn had him threatened with physical violence to put an end to the taboo-breaking relationship.

Unlike some of her contemporaries, Novak chose to bow out of the Hollywood rat race with her head held high, proving she wasn’t so powerless after all. She relocated to the Big Sur in the 1960s to raise livestock, ride horses, and “paint characters that were far more fascinating and satisfying than the ones I was being asked to play”. She has since defeated cancer, had her home (including her art and the manuscript of her autobiography) burned down, and been on the receiving end of Donald Trump’s vitriol. Regardless, a consistent strength of character remains, and her perspective seems infallible. “Storms come down, houses are wiped out, people drown, but every last little palm is there after the storm,” she once said. “Man is always saying, ‘I will overwhelm’. Why can’t he bend like the little palms, and rise again? Isn’t that better than being washed away?”

Originally published in Issue 54 of The Rake. Subscribe here. 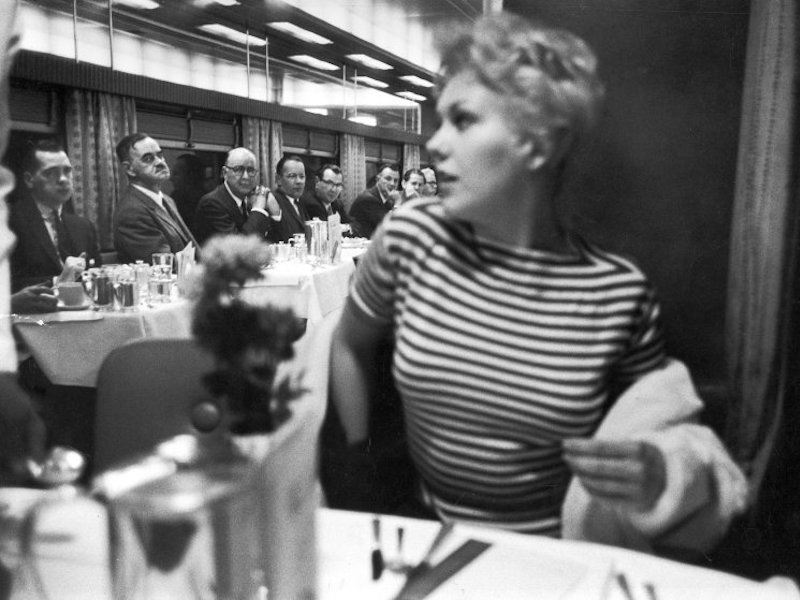 Turning heads in a dining car en route to New York, circa 1960, wearing a Breton T-shirt.