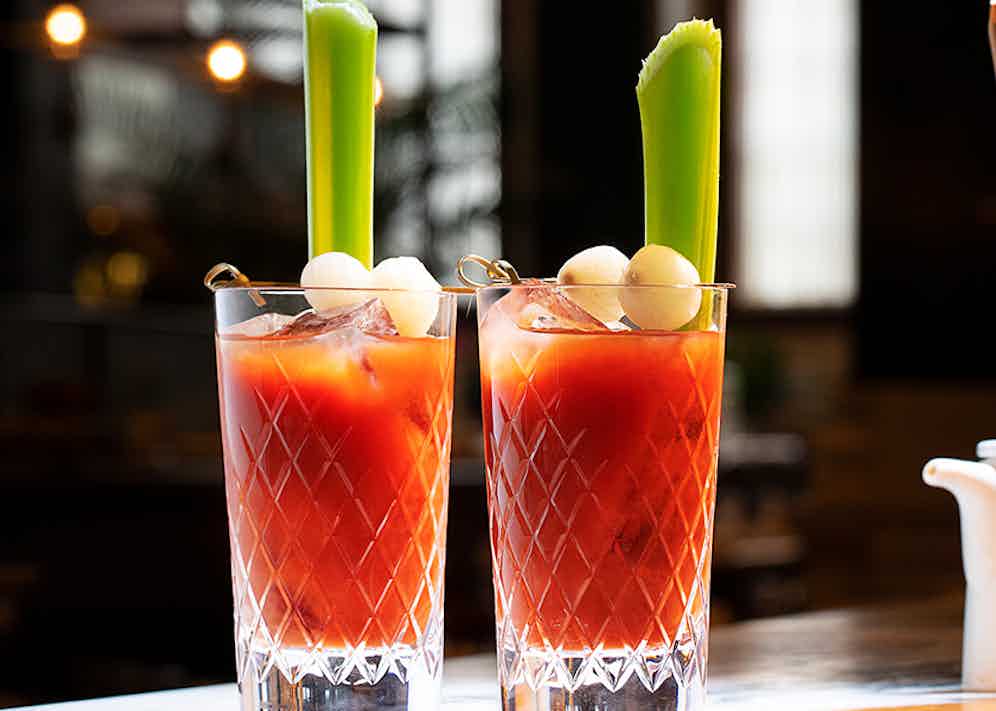 The Bloody Mary at The Ned features a spicy homemade Umami mix.

Arguably the only alcoholic beverage deemed socially acceptable to consume with breakfast, the Bloody Mary has unsurprisingly established itself as a firm favourite of Londoners. The iconic hangover-curing cocktail is said to have been invented in 1921 by Fernand Petiot, who created a simple, spur-of-the-moment concoction of vodka and tomato juice. Almost a century on, the classic recipe hasevolvedto include such ingredients as Tabasco, horseradish, celery salt, garlic, black pepper, lemon and Worcestershire sauce. Todiscoverexactly what goes into making the best Bloody Mary, Grey Goose has partnered with five leading London bars - Swift, Berner’s Tavern, American Bar at the Savoy, Blue Bar at the Berkeley and The Ned - compiling the ultimate shortlist ofthe bestBloody Mary variations. Each bar has honed its take to create a version reflective of its character - whether it’s The Ned’s spicy Umami mix or the personalised garnishes at Berner’s Tavern. Make it your mission to work your way through them.

The award-winning Swift in Soho has made a name for itself as a chic hotspot for delicious andinventivecocktails, and its Bloody Mary is no different. Featuring cold-pressed cherry tomato juice and tomato passata, it’s an unpretentious and refreshing update on the classic. “What makes me proud about our Bloody Mary is that it represents Swift as a bar – simple, looks good, tastes amazing and popular every day,” says Swift’s head bartender Gianluca Pavanello Canella.

It’s all about the personal touch at the beloved Berner’s Tavern in Fitzrovia. Guests can create their cocktail according to their taste, with the choice of various ingredients and garnishes, including anchovies, radish, marinated olives, carrot, avocado and roasted red peppercorn. If you’ve ever wanted to try your hand as a mixologist, here’s your opportunity.

The Ned’s Japanese-inspired Umami Mary is a truly unique beverage that will serve as just the pick-me-up you need. The addition of a spicy homemade Umami mix elevates the drink for an earthy and comforting flavour unlike anything else. Whilstdecidedlyexperimental, it’s proven a popular choice with the hotel’s members in its Asian-Pacific inspired restaurant Kaia.

American Bar at The Savoy

“It is our commitment to using only the freshest of ingredients that makes our BloodyMary rich and flavourful,” says Maxim Schulte, head bartender at The Savoy’s legendary American Bar. In this case, those ingredientsincludethe obligatory vodka, tomato juice and lemon, along with 24 unique spices and a cucumber and caper garnish. The final product is wonderfully vibrant and zingy, ensuring you won’t want to stop at just one.

Blue Bar at The Berkeley

The ever-opulent Blue Bar at the Berkeley in Belgravia never fails to impress, thanks to its striking interiors and creative cocktail menu. Don’t leave without sampling its sensational Bloody Mary: paired with a gourmet olive leather garnish, it’s “the missing link between food and drink”, according to the Blue Bar's head bartender Andrea Melis. 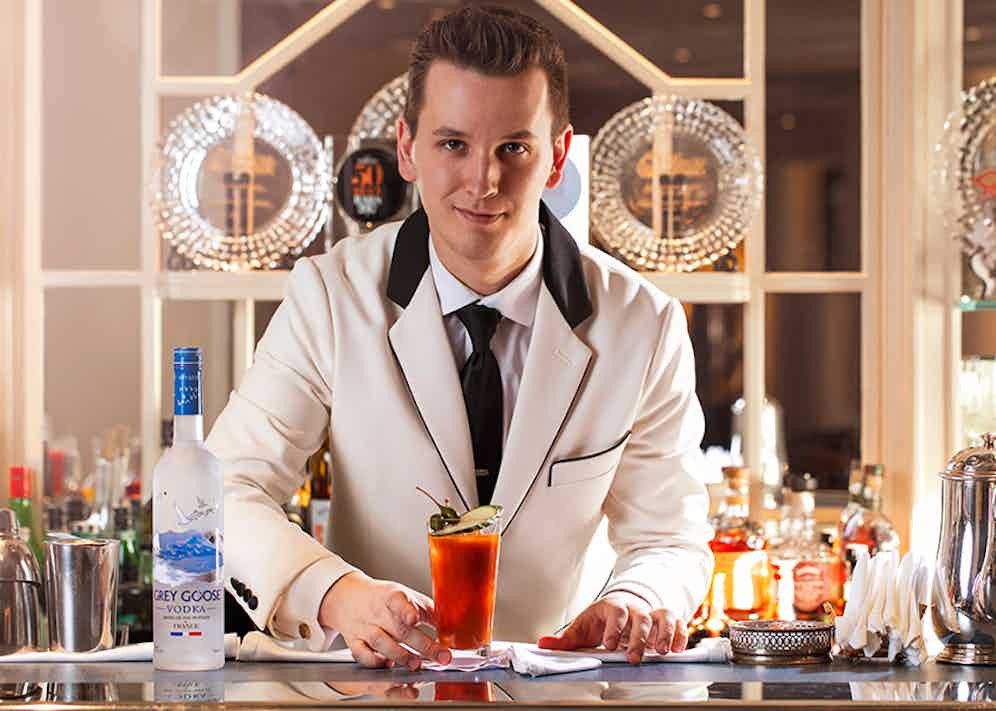 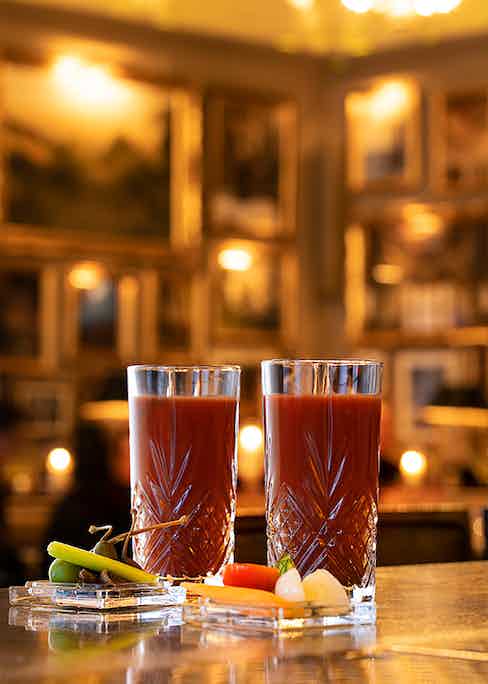 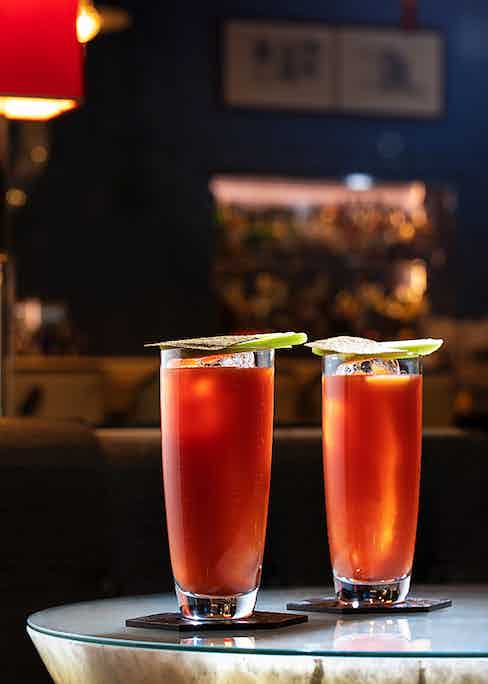 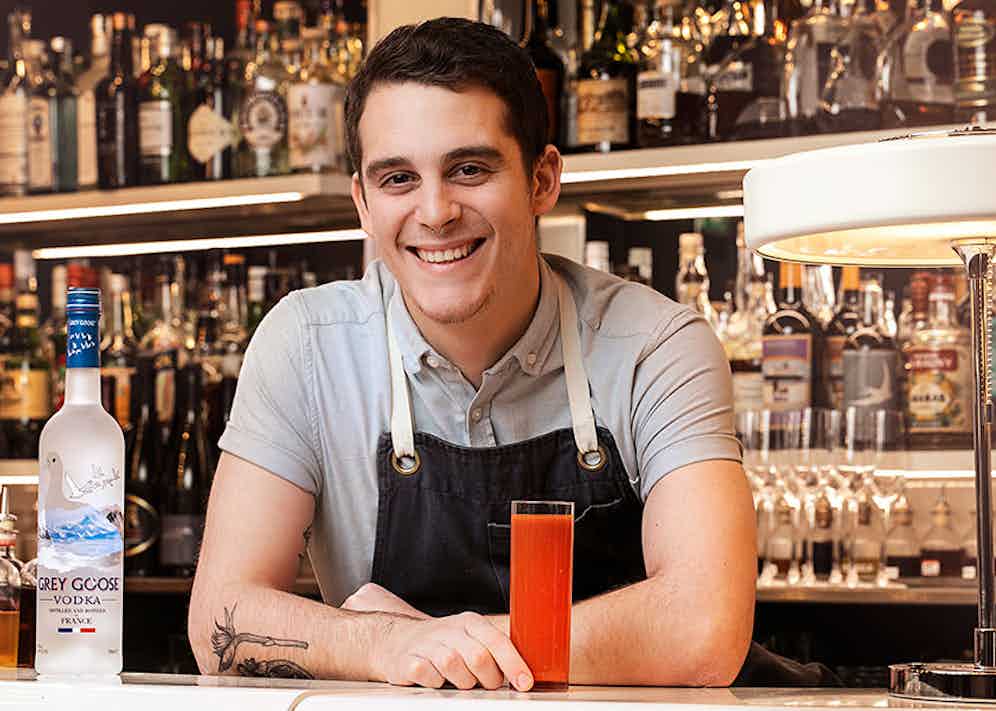