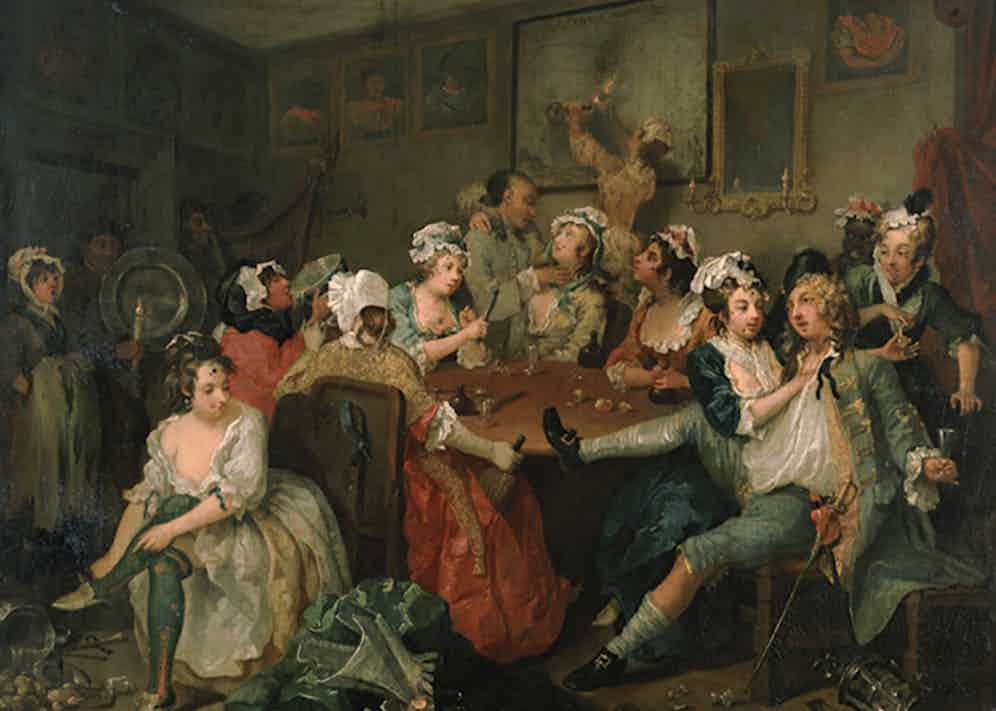 If the word “Swinging” conjures up images of frizzy-haired women and generously side-burned men in floral-wallpapered surrounds, peeling off their flairs and dropping their Datsun 240Z keys into bowls to a soundtrack of cocktail-lounge classics, think again: partner swapping is a far more ancient and further-flung phenomenon than the clichés suggest.

Innuits, Arawetés and cults in the Irian Jaya region of Papua Province have been trading wives like prisoners trade tobacco since time immemorial. Husbands in pre-Islamic Arabia frequently allowed their wives to hob-nob with men of high standing, in order to produce noble offspring, and 2nd-century Gnostics the Carpocratians would make merry with fellow congregation members’ other halves during worship rituals, making mass fornication morally tenable by citing a liturgical decree that all possessions are held mutually among God’s followers (clever, clever!).

Africa, Iran, Egypt, China and Japan have all had swinging sub-cultures for centuries. Modern spouse-swapping as we know it, though, has its roots in the Second World War. Amongst US Air Force fighter pilots - young men living in close proximity, wealthy enough to move their wives near to base, with extremely high mortality rates – an unusually non-monogamous sub-culture, death pacts and all, developed, which spread to the suburbs around the time the Korean War ended.

By now, penicillin had pretty much eradicated syphilis, and when the proliferation of a certain little ovulation-scuppering tablet ushered in the sexual revolution, there was nothing to stop spouse-swapping sashaying, butt-naked and with no little raunchy swagger, into the mainstream. 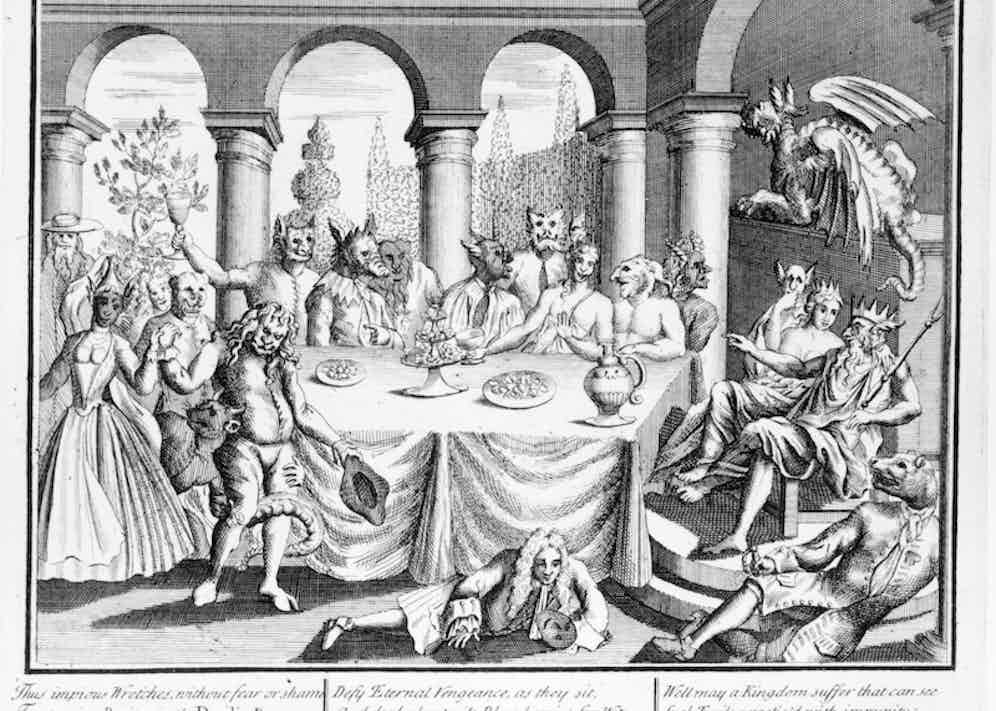 Modern swingers have even developed their own esoteric lingo, to which ‘vanillas’ (non-participants) are not privy, and the glitterati have caught on - a-list celebrities wearing masquerade masks and using different names are allegedly amongst attendants at the high society affairs held in vast urban mansions. To consider modern swingers ultra-liberated, or perhaps even counter-cultural, is wide of the mark, according to award-winning Canadian author and investigative journalist Terry Gould, whose book on the subject, The Lifestyle: A Look at the Erotic Rites of Swingers is lauded by the swinging community as being the only serious piece of journalism ever devoted to them. Gould observed large-scale swinging events over several years as part of his research for a fascinating treatment which encompasses the historical, cultural, anthropological, moral, evolutionary, biological, medical and sociological aspects of ‘The Lifestyle’.

“Attendees at the big conventions were shocking, because there was nothing shocking about them,” he tells The Rake of his research experiences. “A third had post-graduate degrees, a third voted Republican, 40 per cent identified with major religions, and 76 per cent were over 35.They called their subculture ‘the lifestyle’ because they lived in a certain way that allows them to combine their North American values of marriage, emotional monogamy and raising children with their North American fantasies of dressing like the stars and going to sexy parties.”

Husbands enjoy watching their wives with other men; bisexual wives enjoy the opportunity to have casual sex with other women. Then everybody returns home, has sex in their own beds, and goes back to work Monday morning

The subculture’s antipathy to the term “wife-swapping” comes not from a PC aversion to its sexist connotations but, says Gould, the simple fact that it wrongly reflects their motives and inclinations. “They'll come at you with pikes and torches if you accuse them of ‘wife-swapping’, because they don't believe that's what they're up to at all. They use the term ’spouse-sharing’ to encompass their main bents. The predicate is that they're going to swing parties to eroticise their own relationships. With that end in mind, husbands enjoy watching their wives with other men; bisexual wives enjoy the opportunity to have casual sex with other women. Then everybody returns home, has sex in their own beds, and goes back to work Monday morning.”

Another inaccurate assumption is that adherents have ‘open marriages’. “They monitor one another at conventions or house parties, as if connected by an invisible wire - which is part of their excitement - even as they adjourn to different rooms,” says Gould. “Cheating outside this party arrangement is considered an utter betrayal.” Can it improve relationships? “There's an old saying among swingers: it sometimes makes a good marriage better, but it always makes a bad marriage worse. For the vast majority of couples who stay with it, living by its ethical and emotional rules, it's a moveable feast of sexy Mardi Gras parties whenever they want one.”

Today, nearly ten million Americans consider the latest buzz-phrase for non-monogamists, ‘satellite lovers’, to apply to them. In one study, 90 per cent of respondents in less-than-happy relationships said swinging enhanced them. Charlotte Bronte once said, “Happiness quite unshared can scarcely be called happiness; it has no taste.” Now admittedly, it’s unlikely the daughter of a backwater Yorkshire parish vicar was advocating the casting off of the shackles of monogamy. But her philosophical bijou does have a certain resonance when it comes to this, the touchiest-feeliest-cum-rumpiest-pumpiest of subjects.