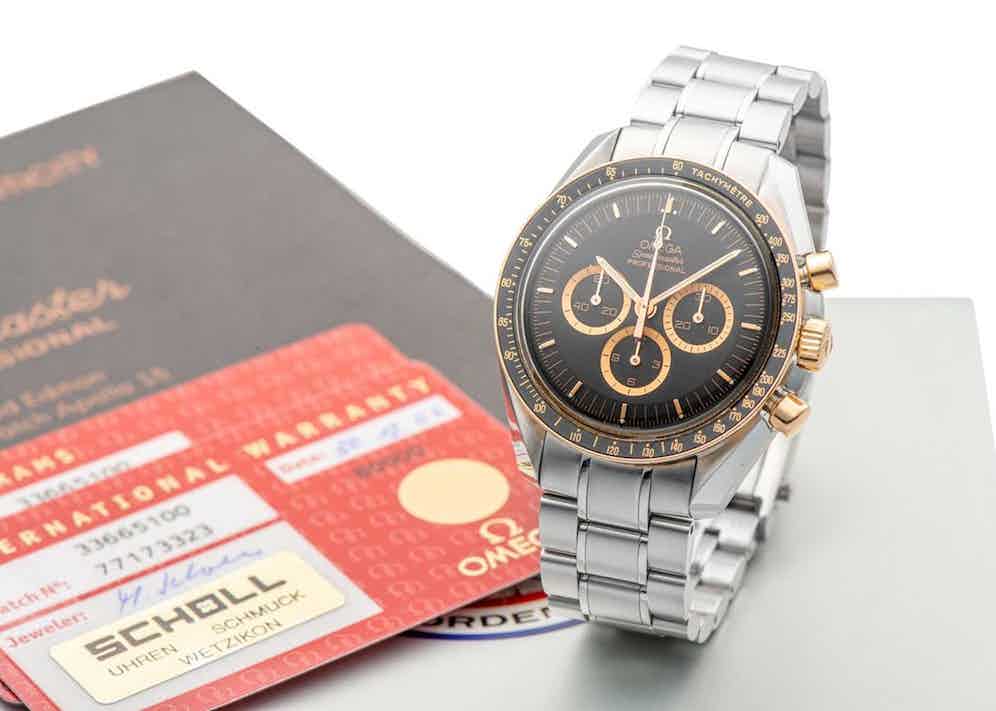 Talking about NASA and Apollo missions related Speedmasters, when seated at a table with watch collectors, is a sure-fire way to spot all of your fellow #SpeedyAddicts. Chances are the first watch that will dominate said conversation will be the Speedmaster that was the first all gold addition to the family, the 1969 Speedmaster Tribute to Apollo XI Ref. BA 145.022. 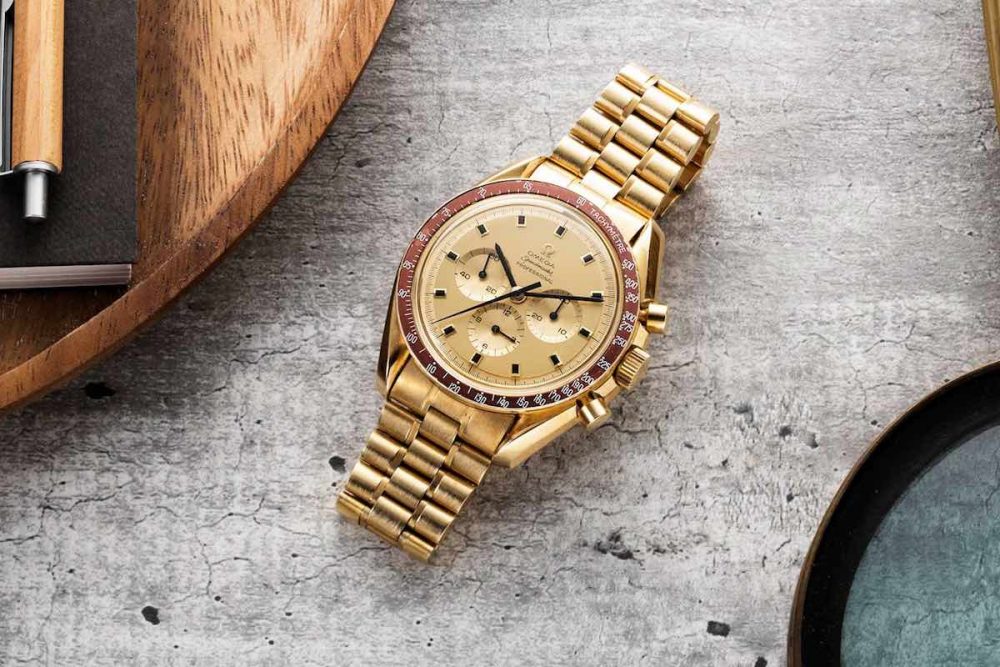 Something a little more recent that might take the conversation next is the 2015 Silver Snoopy Tribute to Apollo 13 paired closely with the achingly creative “Silver Snoopy Award” 50th Anniversary of 2020. You might then move on to the mission patch watches or the Missions Collection case, with its 23 included Speedmaster and spare Lemania based calibre 1861. 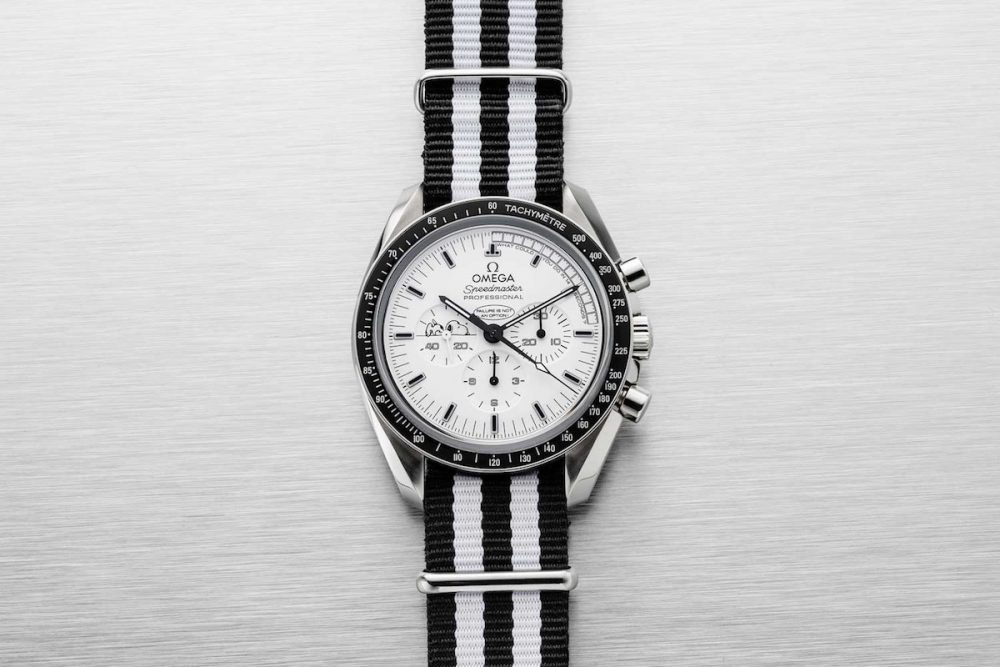 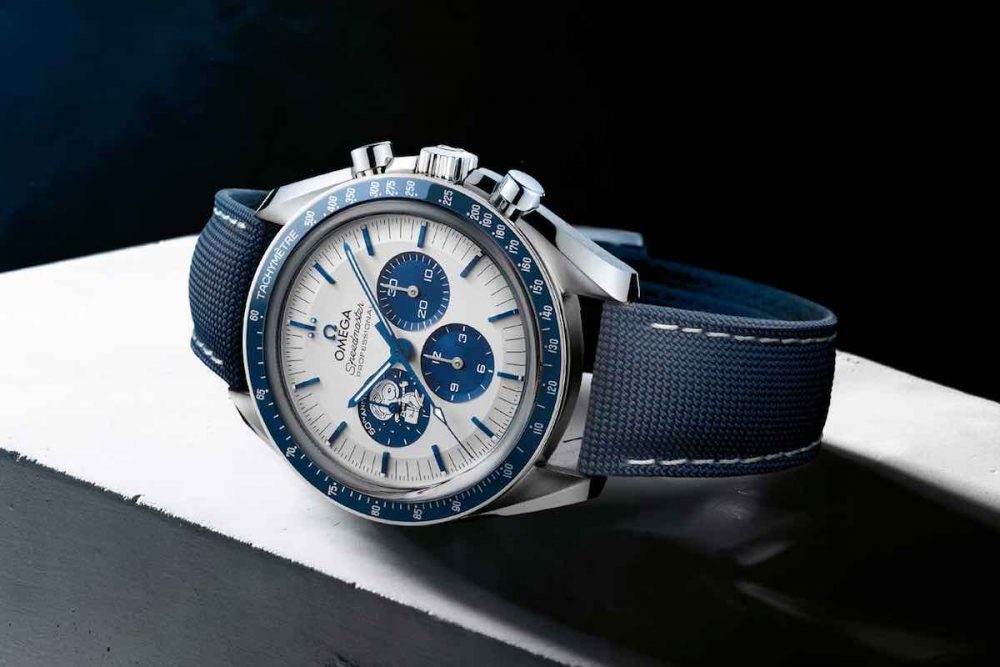 The Apollo 15 mission of 1971 was the 9th manned mission to the moon that NASA took on after the success of Apollo 11, in 1969. Commander David R. Scott, Command Module Pilot, Alfred M. Worden and Lunar Module Pilot James B. Irwin, were tasked to take on the first J mission of the Apollo program, which as defined by NASA, called for "Extensive scientific investigation of Moon on lunar surface and from lunar orbit."

Apollo 15 was also the first of the missions that required the astronauts to dwell on the lunar surface for a longer period. A total of 18 and half hours were spent on the lunar surface for activities outside of the Lunar Module, with a total of 77kg of lunar samples collected. Of course, beyond the many facts and figures of Apollo 15, the bit that is most widely known is that this was the first Apollo mission to utilize the Lunar Roving Vehicle. 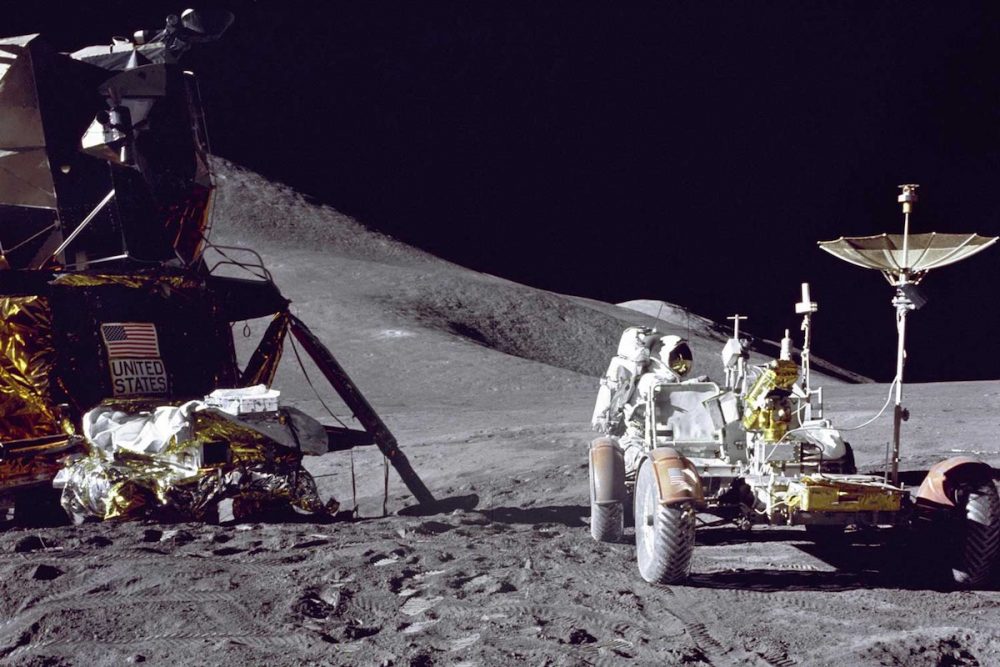 View of the Apollo lunar surface experiments from the Space Mission in July 1971. The mission required the astronauts to spend a total of 18 and half hours on the lunar surface for activities outside of the Lunar Module

The 35th anniversary of the Apollo 15 mission was back in 2006. It was the year that Twitter was launched, Google purchased YouTube, Italy won the FIFA World Cup, beating France 5-3 on penalties. NASA had its own few landmark moments in 2006, with the first space mission to Pluto, discovery of geysers of a liquid substance shooting from Saturn's moon Enceladus and the Mars Reconnaissance Orbiter that entered into orbit around Mars. And it was the year that Omega launched the Speedmaster Apollo XV 35th Anniversary Ref. 3366.51.00 to mark said anniversary, in a limited run of 1,971 pieces. 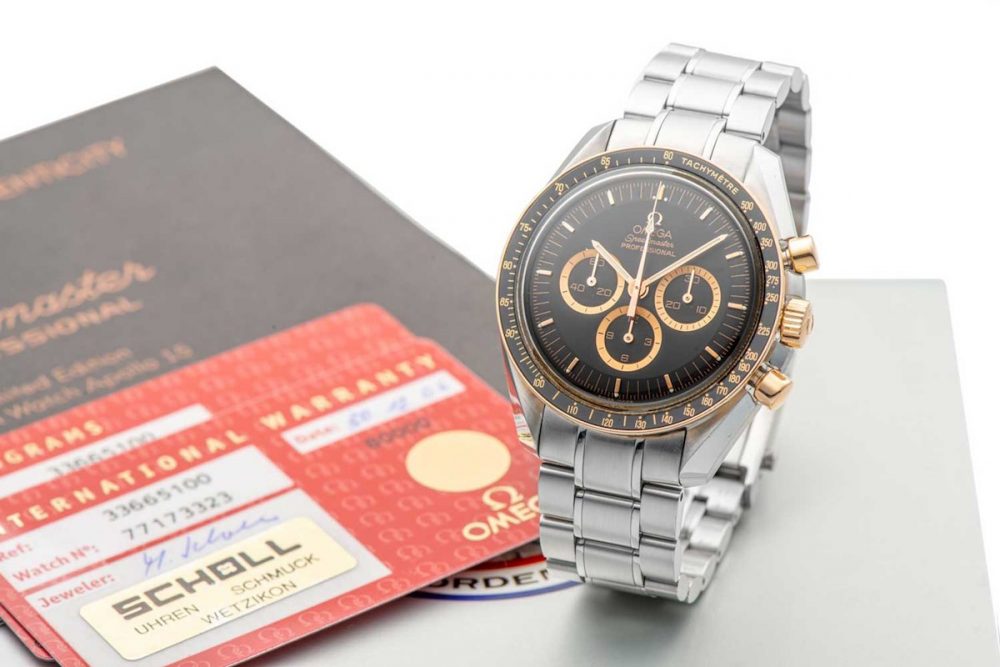 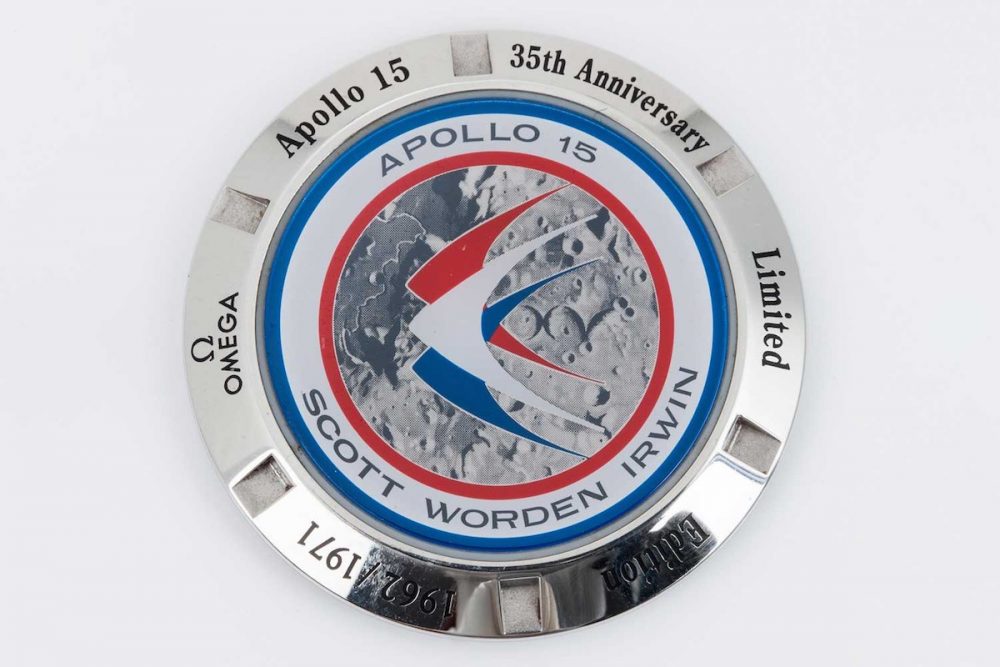 Italian designer Emilio Pucci conceptualised the Apollo 15 mission patch that was as well used by Omega for the caseback of the Apollo XV 35th Anniversary Ref. 3366.51.00 (Image: www.bukowskis.com) 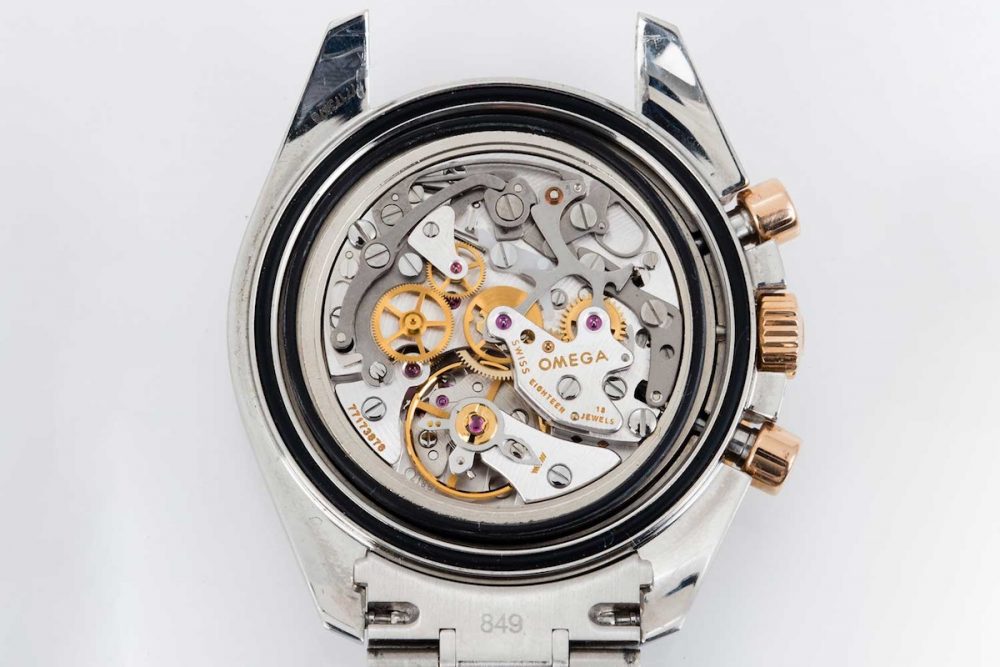 While the watch’s 42mm case is in stainless steel, the bezel, crown and chronograph pushers are in gold. (Image: www.bukowskis.com)

The Apollo XV 35th Anniversary Ref. 3366.51.00 is an interesting proposition for any #SpeedyAddict because bi-metal dials are a bit of a rarity on Speedmasters. Fratellowatches.com’s Robert-Jan Broer lists that the, “first bi-color Speedmaster Pro was introduced in 1982, for the German market and a slightly different one a few years later for the Italian market. The Speedmaster Reduced had several bi-color variations available, as did the Speedmaster Teutonic model in the 1980s. That said, a bi-color Speedmaster Professional is still a rarity, but I like it.”

Rare, in fact, that the only other recent watch that bears a similar bi-metal treatment as the Speedmaster Apollo XV 35th Anniversary is one of five watches that were launched to commemorate, what would’ve been, the Tokyo 2020 games, subtle difference there is that the Tokyo 2020 games’ version is steel and yellow gold, whereas the Apollo XV 35th Anniversary is steel and rose gold. And there’s loads of it, again, subtly albeit. Starting with the rings on the subdials, these are in gold as are the hour markers, the applied Omega logo, and all of the watch’s hands are in gold as well. 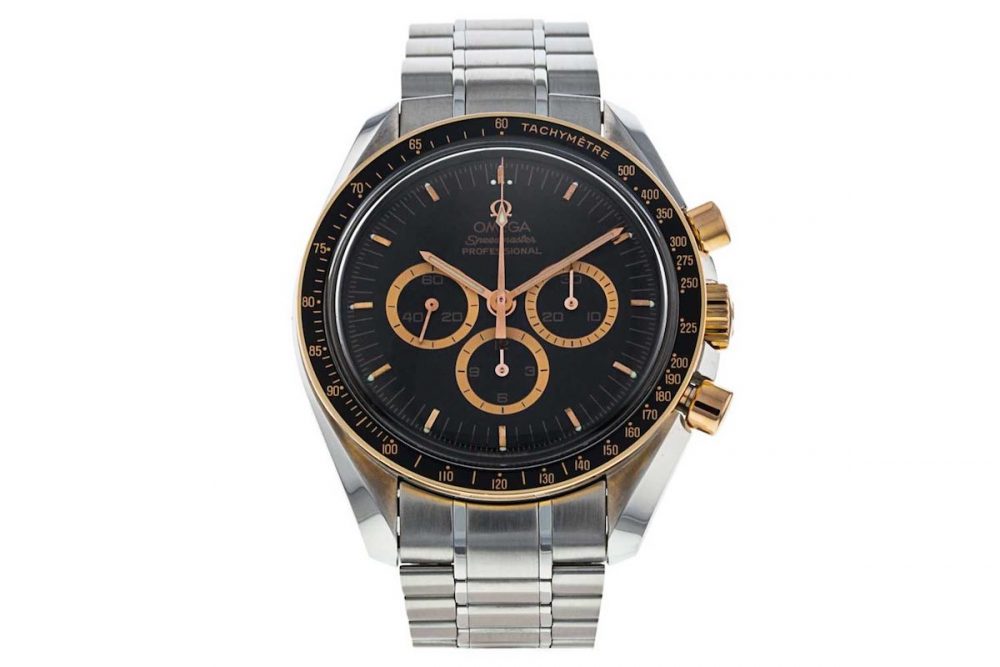 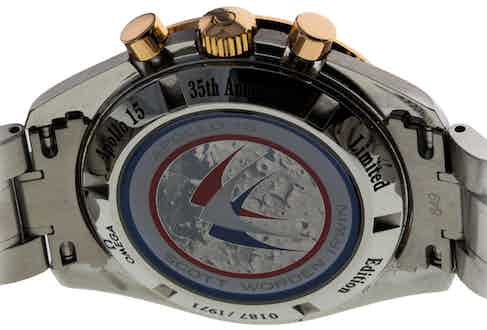 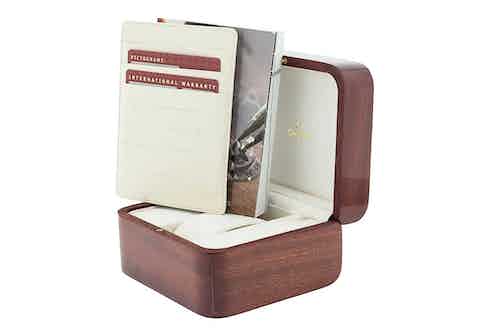 Moving out to the 42mm stainless steel case of the watch, we see that the bezel of the watch is in gold with a black aluminum inlay. The crown and chronograph pushers, too, are — you guessed it — in gold.

But the thing that will be of most appeal for the NASA Speedmaster nut is the manner in which it quietly makes reference to the Apollo mission it’s associated with. Flipping the watch over, we see that it has the Apollo 15 mission patch incorporated. According to Robert-Jan, “It was Italian dress designer Emilio Pucci who contributed the basic idea for this patch. The crew of Scott, Worden, and Irwin, modified Pucci’s design and colors a bit. Behind the three birds (that presumably represent the crewmen), we can see the lunar surface of the landing site.”

While not a widely spoken of Speedmaster, you have to admit that after chasing the grails within the realms of NASA Speedies, it’s nice to discover meaningful issues from Omega that won’t cost you an arm and a leg. Best of all, acquiring said watch from the Revolution Shop’s Watchfinder & Co. inventory, also means that you’re getting an honest price with the added peace of mind of a 24-month warranty. 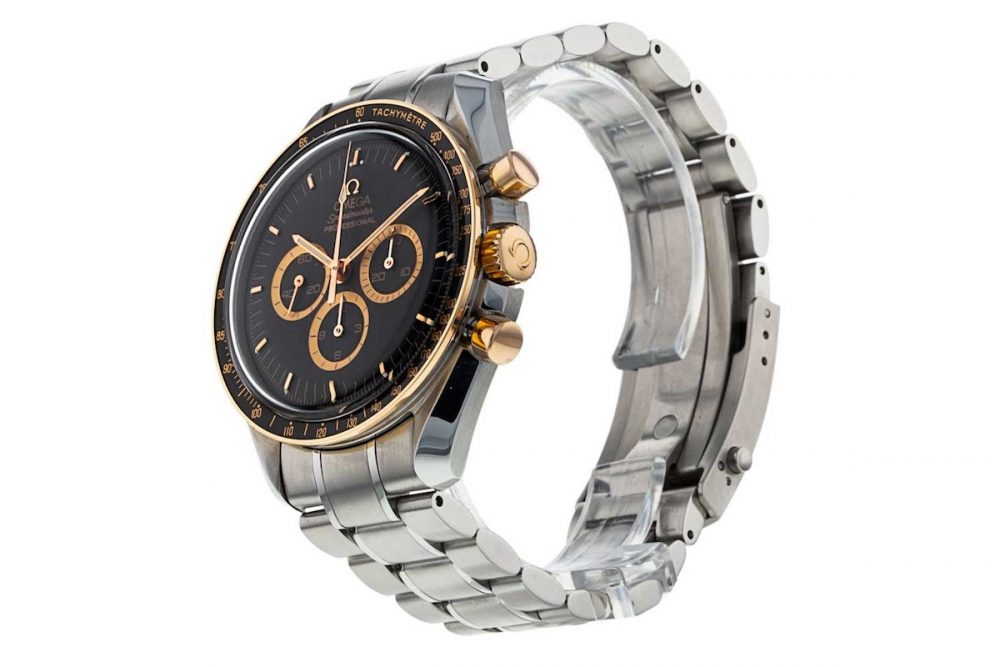 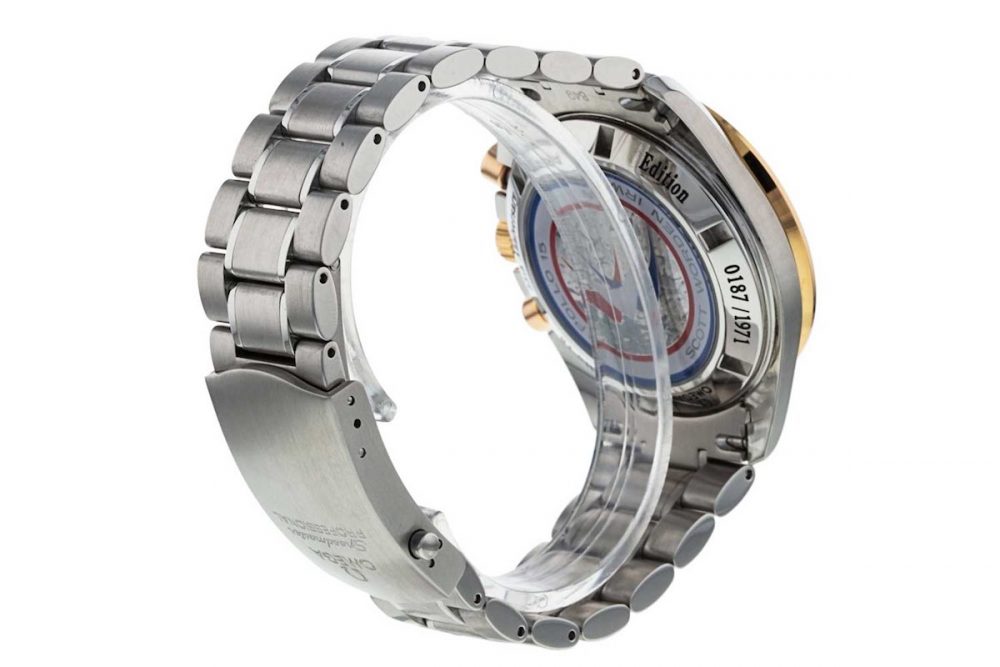