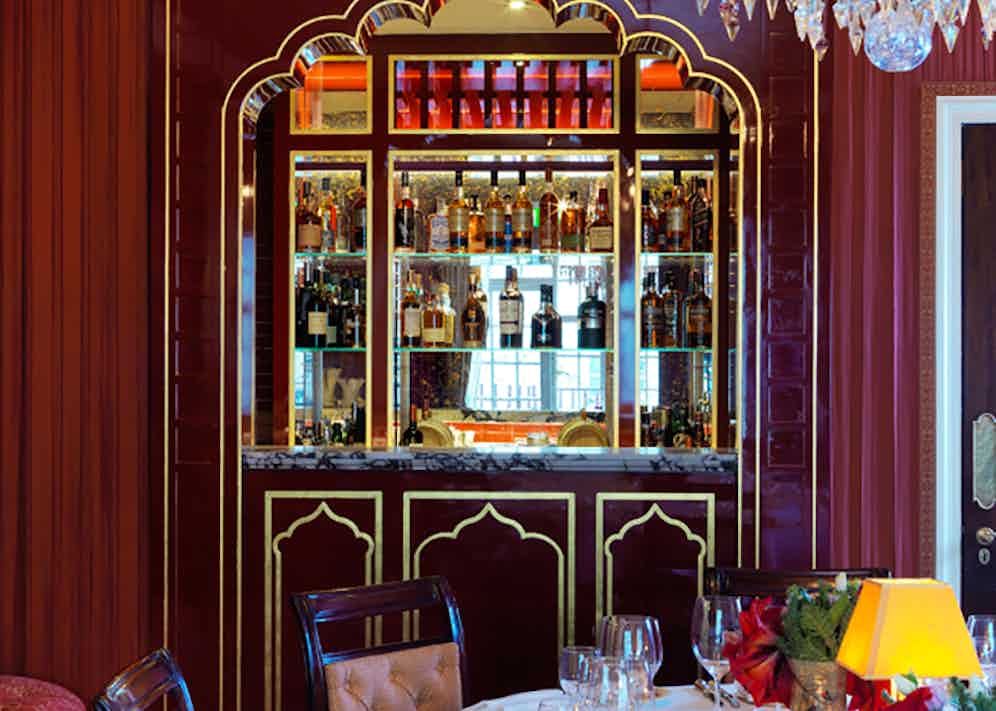 To coin a phrase from our American cousins, there is a new hottest joint in town. It is demure, elegant, comfortable and discreet. Mark's Club, the venue which originally opened in 1973 by it's eponym Mark Birley has had a face lift, and one that the famously perfectionist Birley would be proud of.

It's new Club Director Darius Namdar (see his Pocket Guide here), who has been at the very centre of this refurbishment, has had a few events in there to test the waters and build hype, the LCM evening with Woolmark in January to name one example. But Darius isn't interested with being too showy, so a cigar dinner in the upstairs dining room was a much finer, and altogether more rakish idea.

The evening began on the remarkable cigar terrace, a haven of anti anti-smoking legislation and a great way to start the dinner, with, as is customary with a cigar dinner, a short-format smoke to kick things off. Yours truly was a bit greedy and went with a Behike 52, but there were other options like the hoyo de monterrey epicure number two, the Ramon Allones Specially Selected and the Trinidad Reyes. Guests included the venerable father-son cigar merchants, Edward and Eddie Sahakian, the cigar world's most august protagonist, Jemma Freeman and select members of Mark's Club, including a loyal reader of The Rake, Shary Rahman. The Rake team too was in force, Wei Koh, Sarah Ann Murray and myself got stuck into the ceviche, lamb and a gorgeous pudding that consisted of a chocolate cigar (complete with a Mark's club cigar band) and also the house Snickers bar (it's really something).

As well as that, a very nice gentleman named Athila from cognac marque Louis XIII. Before desert, there was a little introduction to this particular tipple, with a romantically charged tale of heritage and craftsmanship. Then it was the turn of Jemma Freeman, who pulled out some boxes of the new Bolivar Belgravia, which were the last of the early batch that were sent to Hunters & Frankau to be on time for the 225th anniversary party on Belgrave Square. In comparison to the batch I have tried when it was officially released, these were markedly different and delicious.

The whole evening was a triumph. From the warm welcome to the late night retreat, what was most pleasing to see is that there are, between the Novikovs and Mahikis and Galvin at Windows's within the Mayfair square mile, there is at least one bastion of good taste and civilised merriment. The fact that it is all conducted under the eagle-eye of someone not yet in his 30's, bodes well for the future.