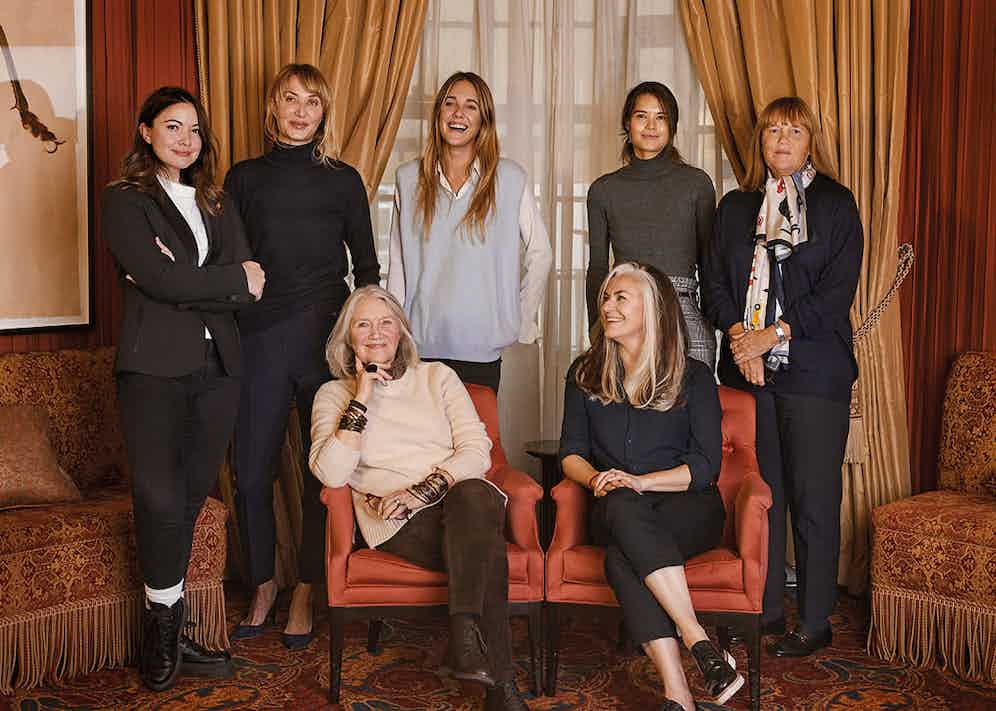 It wouldn’t be unfair to say that within The Rake’s now decade + of attempting to educate the masses in the codes of classic style, we do so mano e mano. Which to a large extent makes perfect sense. People who dedicate their lives and their wardrobes to the bespoke arts, the drama of colour and the variety of cuts, details and fabrics available to any potential client, are perhaps best placed to regurgitate their experience with the self-confidence that over the years they have picked up a thing or two. Well, an idea piqued our interest, and is, frankly long overdue.

As established last year in our Rake of the Year’s list, there are extraordinary, elegant women in the men’s business with an eye themselves, and more importantly, an opinion they’d like to air. How do women see men's style, what do these women, with as much weight in their words as any man on this masthead, feel about the opposite sex’s approach to sartorial matters? What do men do well in their eyes? Where do they slip up? And how much does the man, rather than the clothes, matter? With the widely popular idea aired, the next move was to create the panel. Some of these women you’ll recognise from last year, however, with a few additions to the panel, we should act as if we start from scratch. From left to right Grace Gilfeather, The Rake’s Fashion Director; Anda Rowland, Proprietor of Anderson & Sheppard; Audie Charles, Creative Director of the Anderson & Sheppard Haberdashery; Daisy Knatchbull: former Head of Communications for Huntsman and Founder of women’s tailoring brand The Deck; Catherine Hayward, Fashion Director for Esquire UK; Sarah Ann Macklin, The Rake’s first ever model, currently practicing nutrition on Harley Street; Isabel Ettedgui, Proprietor of Connolly.

The brief to begin with was to unveil the professional observations of the industry's most talented and tasteful women. They were to choose a few men who they felt encapsulated everything they deem stylish. The list was variegated, everybody from Nick Foulkes to Charles Jeffrey Loverboy, and took account of their personality, not just their niftiness with a colour palette. Customers and established style aficionados all came up in conversation, the former being the most enlightening and with the present company, perhaps the only occasion you could hear about men like this. The names aside, the women were keen to discuss all aspects of what makes a man attractive to them in their presentation. Having been fortunate enough to moderate the discussion, I would advise you all to look at the following, as they are unanimously a turn on, or a turn off to our panel.

Shoes
We all know that shoes are a disaster zone in the wider public. The commute to work demonstrates a blockage within the neural pathways of the common man that is unable to process the difference between the elegant and the catastrophic. Shoes also happen to be a homing beacon for the fairer sex (so they tell me) and will notice them and take account of the choices.

Confidence
You can wear anything with confidence. The stronger the sense of self and the assurance in your own identity and character will show through in the clothes, and make the risqué seem like it makes perfect sense on the correct man.

Colours
The use of colour is a fascinating topic. There are women on this panel who fully appreciate the simplicity and richness of navy blue, others enjoy the boldness that comes with the use of colour, all are united that socks should be one solid colour, no patterns.

Without further ado, here are the men singled out by the panel for their uniquely stylish taste...