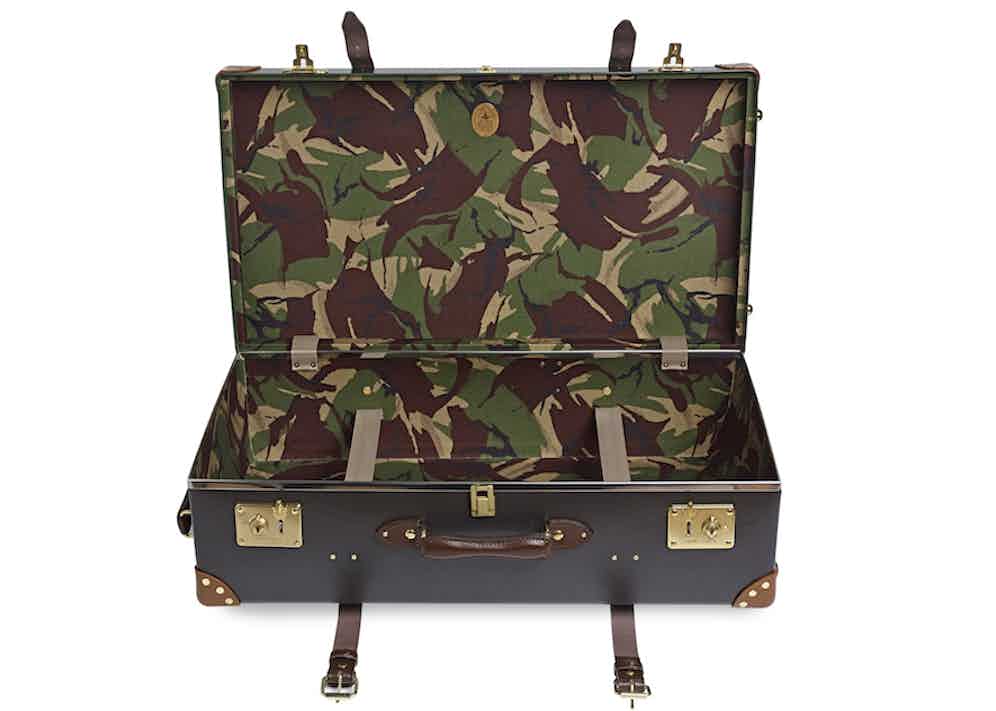 Continuing our monthly theme which focuses on heritage brands who uphold the most rakish of values, we ask you to lend your eyes to this exceptional travel item from The Merchant Fox, the retail arm of the British heritage mill Fox Brothers, who have collaborated with the Rolls-Royce of luggage, otherwise known as Globe-Trotter. As I’m sure you are aware, The Rake loves collaboration, simply because it brings two minds together to create something that is utterly unique; it’s the seed of innovation if you like.

The Merchant Fox, which as previously mentioned is the retail arm of one of the oldest woollen mills in the UK, are very much a favourite of ours due to their quality of craftsmanship, attention to detail and their rakish vintage (they were founded in 1772). Exclusive for their website, they have used to the tools that Fox Brothers are so accustomed to, and pioneers of. They have installed an exceptional, eye-catching camouflage flannel print inside a 30”travel case, which in itself, is an icon of luxury travel. It’s a pleasant and contemporary surprise when considering it’s traditional make-up of a sturdy vulcanised outer in a rather sumptuous chocolate brown.

Globe-Trotter, founded in 1897, cases have travelled to every corner of the world and even its most highest points. In 1953 Sir Edmund Hillary ascended to Everest’s first base camp with Globe-Trotter in hand, a safe home for his mountainous kit. Other notable names who have utilised the brand’s exceptional craft, for a variety of escapades include Captain Robert Falcon Scott, Sir Winston Churchill and HM Queen Elizabeth II, who on her honeymoon in 1947 used Globe-Trotter to carry her luscious linens, fine jewels and honeymoon-necessities. This can be for only one reason; these names surely offer a guarantee from some of our civilisations’greats, who evidently used Globe-Trotter due to their exceptional quality, sleek design and robustness, they are a global ambassador for British craftsmanship.

Overall it’s a design classic that has been entirely made in the UK. The tan leather trimming with brown leather straps are other notable features, and weighing in at a little over five kilograms, the case is extremely practical whilst also being assuringly solid, ready for whatever your journey may bring. Fitted with tidy wheels and antique brass fittings, the case will make a smooth journey across the tarmac and onto the plane. A solid investment that over time will only be cherished further, a physical reminder of your travels, rather like the stamps in your passport. 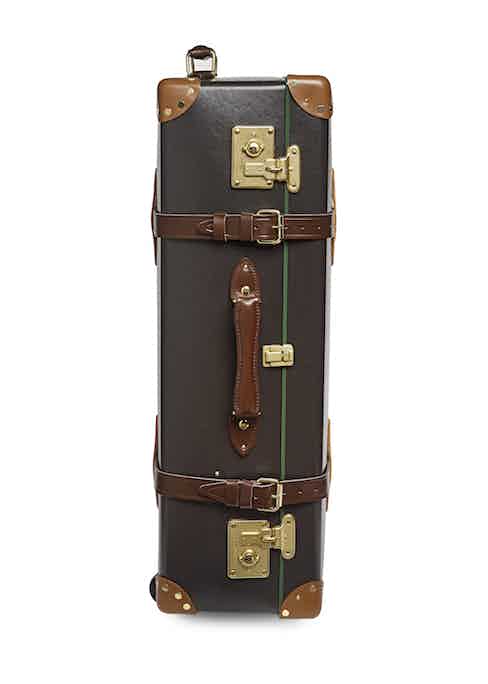 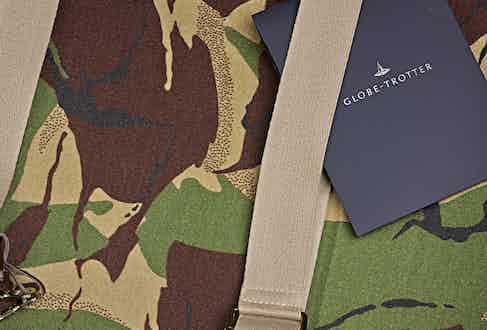 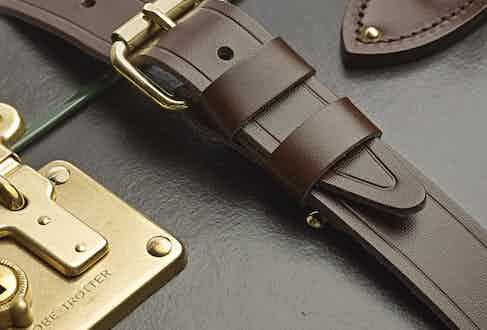 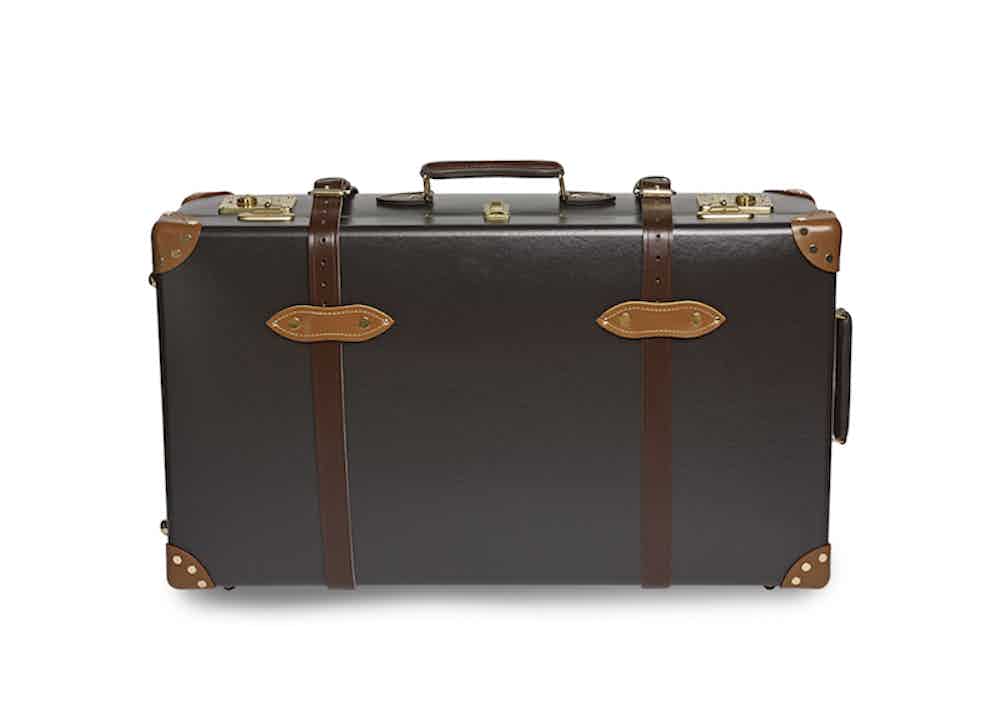