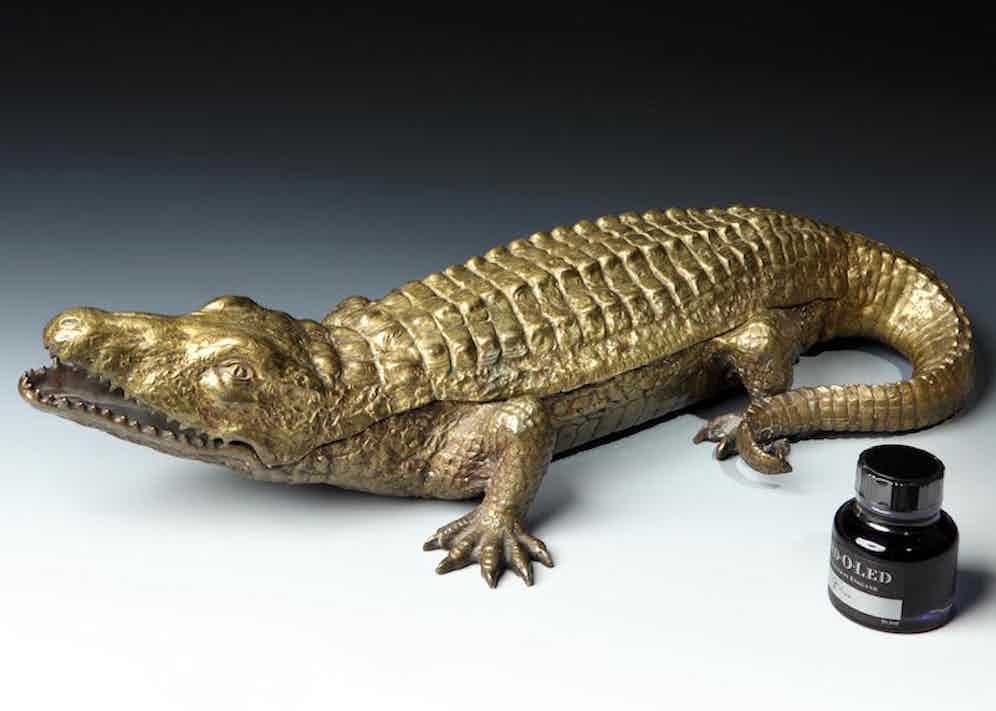 In Ancient Egypt, it was a belief widely held that the Egyptians scaly, aquatic Nile-dwelling cohabiters did not have tongues. Revered for their strength and unparalleled power, these terrifying and majestic creatures were shrouded in mystery and mysticism as a result. In fact, the Egyptians were so taken with crocodiles that they not only worshipped God of Crocodiles, Sobek, but also named an entire town after the reptile, Crocodilopolis, which was located in one of the most fertile regions of the country. Subsequently, crocodiles came to be a symbol not only of fortitude and fierce tenacity, but also of fertility and potency.

Whilst these somewhat aggressive connotations may seem averse to our current theme of love and romance, I ask you to consider this. The crocodile, infamously covered in scales of almost bulletproof strength, has natural armour incomparable to any other in the animal world. Even so, what most people aren’t aware of is the existence of the creature’s soft, leathery underbelly beneath. It seems then that as well as being – I admit – downright bloody terrifying, even the crocodile has a certain vulnerability about it. What better icon then to perch defiantly atop one’s desk, inspiring simultaneous confidence and openness in one’s latest love note, literary masterpiece or autobiographical prize winner?

If this wasn’t reason enough to deck one’s desk out in every manner of crocodile-related paraphernalia (perhaps I’m getting carried away), the innards of this particular croc present two perfectly sized inkwells for the gentleman for whom writing with pen and ink is not a lost art. The croc opens at its side – not, as one might expect, at its jaw – and its solid bronze construction anchors its position with no fear of spillage, simultaneously acting as a useful paperweight (for the reams of fan-mail that as a distinguished chap one can not help but receive).

The eye-catching design, in the style of Franz Bergman – a Viennese bronze sculptor – channels his signature wit and humour, although it is actually thought to have been cast by Argentor of Vienna during the 1920s (collectors will be familiar with the name, and those just stumbling across this piece can feel suitably smug with having discovered it).

Opened by Simon Khachadourian, the Pullman Gallery has been sourcing unique artistic and art-deco treasures for its clientele since 1998, when it opened its doors on St James’s Street. Bringing together a finely tuned collection of late 19th and early 20th century antiques, the gallery’s notoriety for exceptional artefacts is well-deserved and an integral part of London’s antique scene.

It is fitting then, that this crocodile’s exquisitely detailed bodywork and lifelike resemblance makes for an integral addition to one’s writing desk. It also makes for a rather unorthodox doorstop, should one feel the need to write in peace… 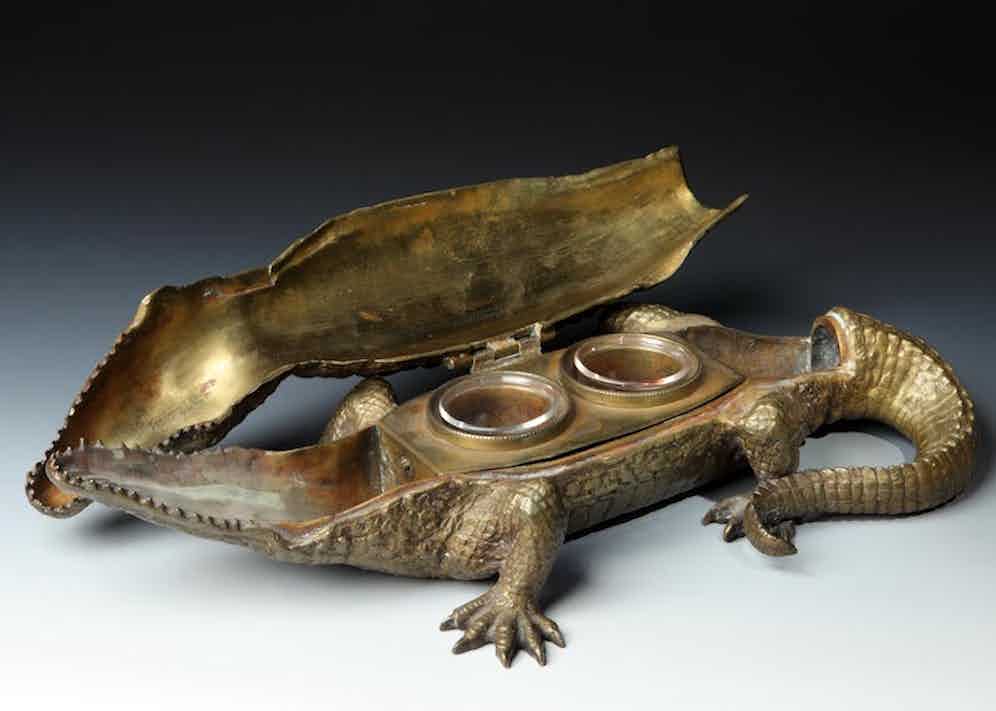