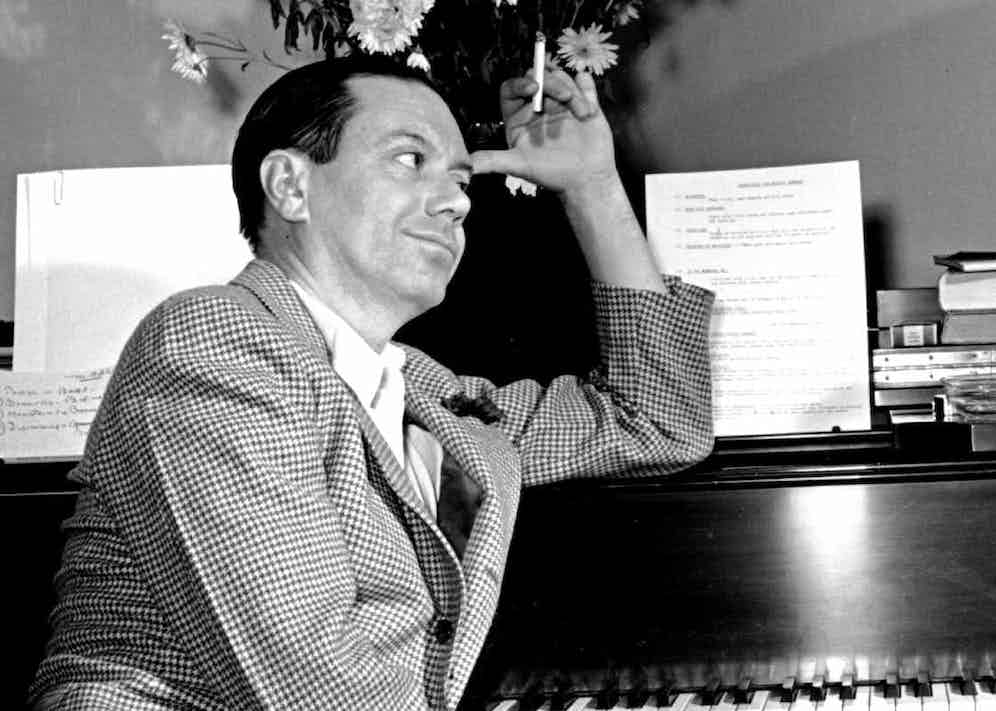 Birds do it. Bees do it. Even educated fleas do it. In the deathless (but far from little death-less) oeuvre of Cole Porter, it seems that any sentient being — from the bewinged and antennae’d through the crustacean, reptilian and mammalian to the wide variety of homo sapiens — is simply longing to drop the niceties and just, well, get it on. Porter’s erotically charged, epigrammatically spiced songbook (I Get a Kick Out of You, Night and Day, So In Love, I’ve Got You Under My Skin) remains the most subversive, and therefore eternally modern-sounding, of all the great masters of the Jazz Age Broadway lyric. Porter himself claimed a kind of artless innocence when it came to his output: “I don’t know how my music gets that way,” he once said. “I simply can’t analyse it. I can analyse the music of others. The word for Dick Rodgers’s melodies, I think, is holy. For Jerome Kern, sentimental. For Irving Berlin, simplicity. For my own, I don’t know.”

How about transgressive? Porter was goosing society, even as he seduced it. His songs were alive to “the sweetness of sin”, as the original penultimate line in Begin the Beguine had it, and were studded with examples of what Kenneth Tynan called his “bedside wit”. In the hands of his most sophisticated interpreters — Ella Fitzgerald, Ethel Merman, Billie Holiday — lines like, “I’d like to make a tour of you/The eyes, the arms, the mouth of you/The east, west, north and the south of you” (from All of You) are decidedly post-watershed. “His most famous ballads show off Porter’s sultry emotional power,” wrote the critic and author John Lahr in the New Yorker. “He didn’t want just to invoke love; he wanted to taste it.” 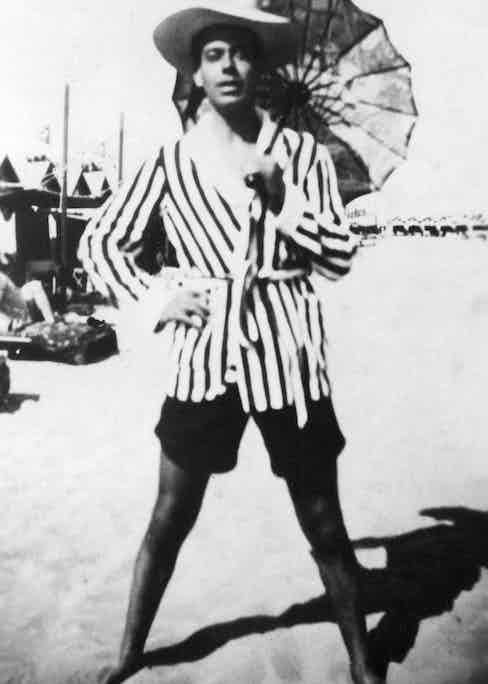 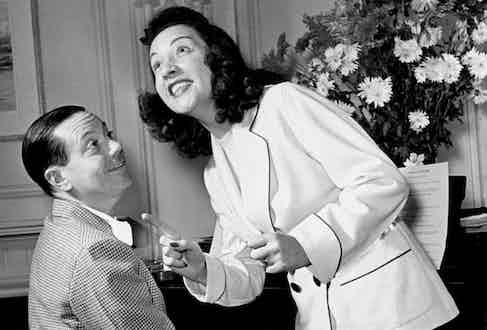 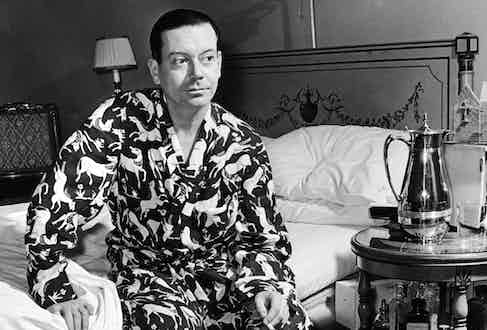 Porter always identified himself as a dandy in the Baudelairean sense: that is, one who elevates aesthetics to a living religion and who delightedly tweaks bourgeois mores. A cushion of immense wealth affords one the luxury to cultivate such a persona, and Porter’s was nicely plumped. He was born to a powerful lumber and mining family in Peru, Indiana, in 1892, the pampered sole survivor of a trio of siblings. Despite early prodigiousness — he played the violin at six and the piano at eight, and composed a song, The Bobbolink Waltz, that his mother published two years later — his tyrannical maternal grandfather, J. O. Cole, insisted he train to be a lawyer, sending him to Worcester Academy in Massachusetts and on to Yale for the purpose. Porter’s response was to write two of the most famous of all college songs, Bingo Eli Yale and the Yale Bulldogs song (still performed today), and eventually drop out of Harvard Law School to dedicate himself to music. His grandfather disinherited him, but, luckily, his mother stepped into the breach, donating to Porter half of her own $4 million bequest.

Porter had arrived at boarding school, aged 14, with a bunch of oil paintings and an upright piano for his dorm room. Trim, dark, courtly, and impeccably turned out — boutonnières, salmon-coloured ties, slick, centre-parted hair, manicured nails, and “a burnished baby face whose smoothness he enhanced by shaving twice a day”, according to William McBrien, author of Cole Porter: A Biography — he combined outer poise and inner insurgence (“You might describe me as a cross between Eddie Cantor and the Duke of Windsor,” he once said) to charismatic effect. “At boarding school I was always taught/Not to reveal what I really thought,” he wrote in I’m In Love. “Nor ever once let my eyes betray/The dreadful things I longed to say.” 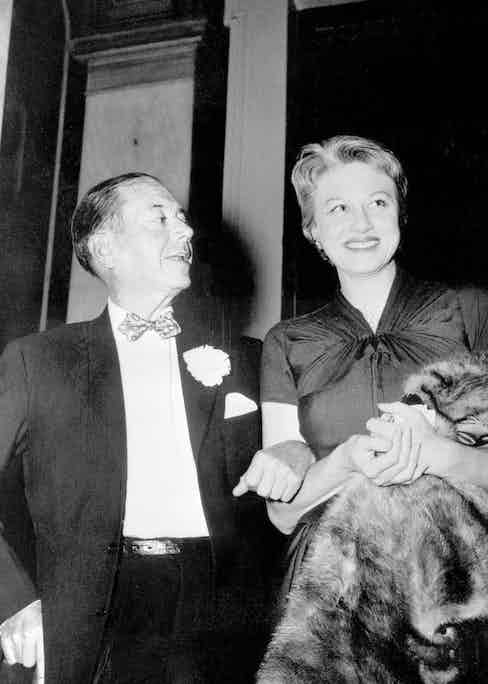 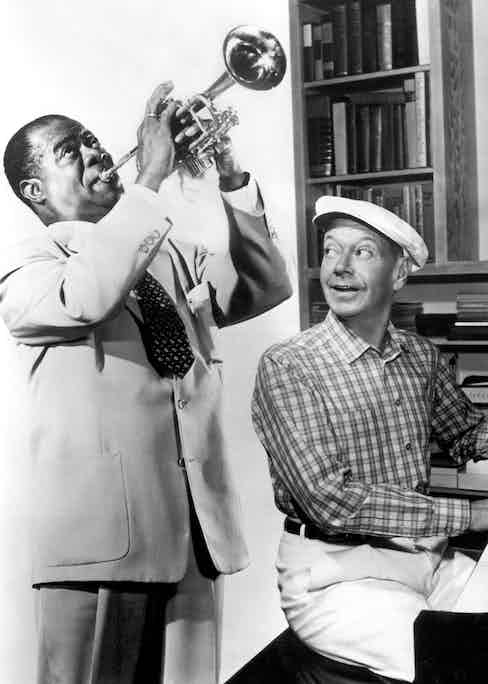 Porter’s first Broadway show, See America First, premiered in 1916, and was a resounding failure. His unlikely response was to join the French Foreign Legion, where he carried a specially commissioned portable piano on his back to entertain the troops in their bivouacs. Three years later, something even more unlikely happened: Porter married Linda Lee Thomas, a famous southern beauty and recently much-enriched divorcée of a newspaper mogul. It wasn’t so much the age difference that set tongues wagging — Porter, at 28, was eight years her junior — than the fact that the groom was, as Alan Jay Lerner once quipped, “a homosexual who had never seen the closet”. But it turns out that Anything Goes was Porter’s manifesto as well as one of his biggest hits, packed as it is with delicious Wildean inversions (“black’s white today, day’s night today”), and the couple settled in Europe, where interwar dandified decadence was far from de trop.

Porter, to use his own term, was indefatigably “rich-rich”, and his lifestyle now stood out starkly from the Depression and Prohibition of his homeland and the parlous state of swaths of his adopted continent. His main home, on Paris’s Rive Gauche, boasted platinum wallpaper, marble floors, and chairs upholstered in zebra skin; Porter employed a team of valets to attend to his 16 dressing gowns and his bespoke suits from Anderson & Sheppard, and while on the Côte d’Azur he once engaged the entire Monte Carlo Ballet to entertain his house guests. He also regularly leased Venice’s Ca’ Rezzonico for $4,000 a month, where he would compose in a ballroom hung with Tiepolos, employ 50 gondoliers to work as footmen, and deploy a troupe of high-wire walkers as an after-dinner diversion. This air of super-abundant hedonism worked its way into the songs he was writing for Broadway through the 1930s and forties: in You’re The Top, he mixes a nudge-nudge reference to homosexual role-play (“But if, baby, I’m the bottom, you’re the top!”) with a roll-call of bountifulness, from a Bendel bonnet to Garbo’s salary, a turkey dinner, a Derby winner, and the feet of Fred Astaire. The most famous of Porter’s ‘list songs’, it was influenced by the fast-paced barbs of Parisian chanson. Porter himself downplayed such compendiums as “the tinpantithesis of poetry”, but his commitment to his craft, not to mention its joyous brio, trumped any high-low distinctions or accusations of dilettantism. “I’ve done lots of work at dinner, sitting between two bores,” he once said. “I feign listening beautifully. I can work anywhere.” 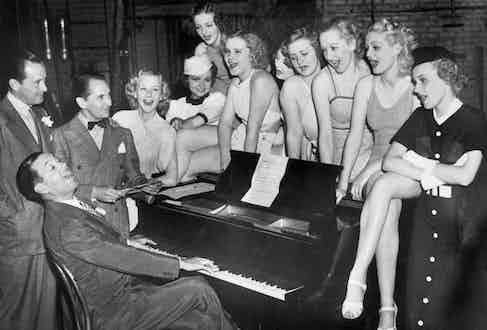 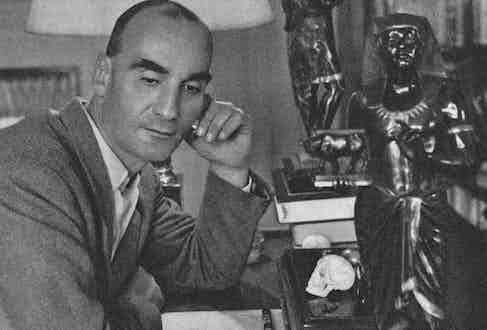 On their endless rounds of inter-continental perambulating, the Porters were accompanied by a predominantly male entourage. At the Waldorf Towers they occupied separate apartments, while at their estate in Williamstown, Linda was ensconced in the main house while Cole held court in a small bachelor abode nearby, which he dubbed No Trespassing. He invested his wife with maternal authority (and she, in turn, was his most devoted fan, entreating the likes of Arnold Bennett and Bernard Shaw for librettos from which Porter might compose an opera), while embarking on affairs — with dancer Boris Kochno and architect Eddy Tauch, among others — that would inspire the aching, sinuous likes of Night and Day and Love For Sale. In the throes of passion, Porter’s dandified detachment deserted him. “The only thing I really want to do is climb to the top of the bell tower and announce to the piazza that I’m desperately in love,” he wrote to Kochno in 1925. “I love you so much that I think only of you — I see only you and I dream only of the moment when we’ll be reunited.” Still, with Linda, he was, as his song itself declares, “always true to you, darling, in my fashion”.

Late in 1937, when he was 46, Porter was horseback riding on Long Island when his skittish mount shied, threw him, and fell on top of him, breaking both his legs and damaging his nervous system. Porter made light of the incident, claiming that he spent the excruciating hours waiting to be rescued composing the lyrics to At Long Last Love, and christening his lame appendages Josephine and Geraldine. But the accident seemed to leave him more susceptible to a state that threatens every high-functioning boulevardier: that of severe ennui. “Cole used work as a weapon to shield himself from a boredom whose threshold was extremely low,” said Moss Hart, who collaborated with Porter on 1935’s Jubilee. “He could withdraw and disappear before one’s eyes with an almost sinister facility.”

Promiscuity and songwriting had fed the oh-such-a-hungry yearning and burning, but now there was a distinct change from major to minor. Porter had shock treatment for depression in 1951; Linda died of emphysema in 1954; and, after some 30 operations, Porter had his right leg amputated in 1958. It was “a cruel decision ... that involves many fears of [his] being repellent,” wrote Noel Coward after visiting Porter in hospital. Indeed, Porter’s last years were spent in virtual seclusion, with Diana Vreeland writing that “he just couldn’t get up the old interest to do anything ... and then he stopped speaking.” (Even at the end, however, Porter’s apartment contained a prominently displayed pillow embroidered with the legend, Don’t Explain – Don’t Complain.) Porter died in 1964, by which time rock‘n’roll was unshackling the collective libido of a new generation. But in some ways, Elvis and The Beatles and The Rolling Stones et alwere late to the party. Cole Porter had already ensured that any Unresolved Sexual Tension lurking in the east, west, north or south of the popular song had been emphatically, and oh-so-swell-egantly, consummated.

This article originally appeared in Issue 42 of The Rake.