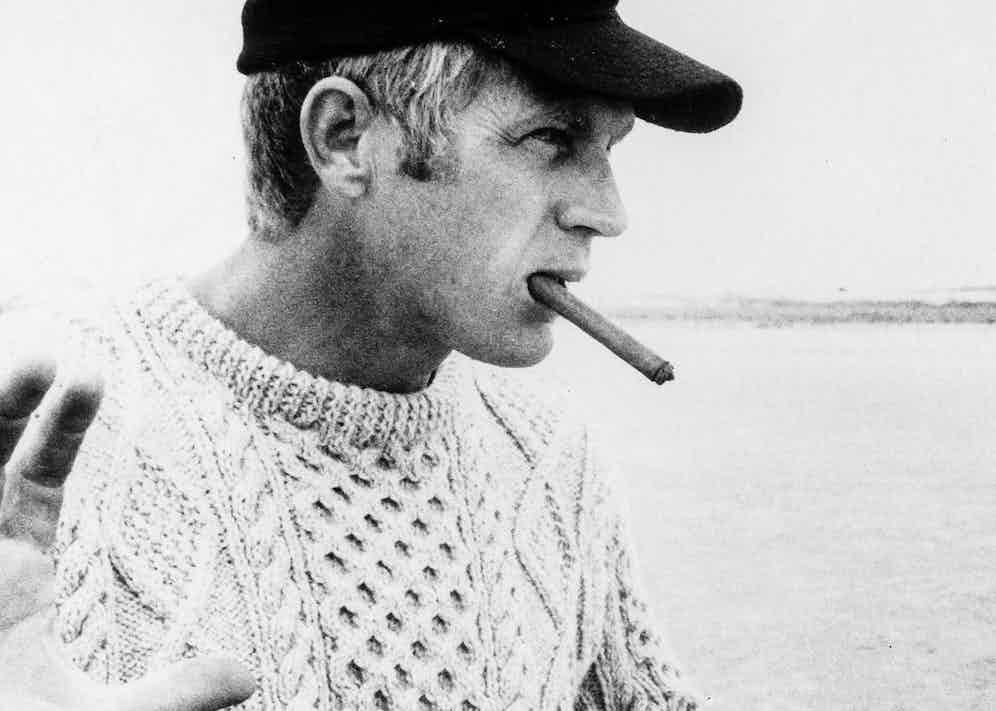 Steve McQueen. (Photo by MARKA/Alamy).
There was a time, in the early 1990s, when the Japanese makers of upscale jeans had the tiniest of markets. They sold to the rare individual fascinated with denim or dyeing. In the home of Americana, their inspiration, this product made no sense at all: they cost, after all, 10 times a dependable pair of the 501s that the Japanese were, effectively, ripping off. Surely this was some kind of joke? Three decades on and the line between commodity and craft is an ever finer one. Plenty of basics - most famously coffee, beer and baked goods - have been overhauled using finer materials, workmanship and marketing. Indeed, the very definition of commodity - a product that isn’t discernibly different from other products of the same kind - has taken a battering as consumers claim connoisseurship. If there’s space for added refinement, and with it some status or oneupmanship, people will argue for a distinction between the most mundane of things: Whole Earth’s Saucy Organic Baked Beans are twice the price of a can of Heinz’s, which of course, many will argue, outclass the own brand variety. And so on.
As with a fry up, so with fashion, one of the last product categories to convince us that seemingly paying over the odds for a single example of what used to be bought for next to nothing in a three pack is a wise, rather than a mug’s, move. After all, basics - the likes of underwear, socks and t-shirts, sweatshirts and even plain white sneakers - are burdened by the very category name: if it’s basic, why pay so much for it? Why might a simple white Sunspel t-shirt - without pattern, print, buttons, branding or any other detail - cost £70, or a navy T from Ka/Noa weigh in at £170, a figure that once would have been considered preposterous? How can a pair of Pantherella socks, for example - and that’s one pair - cost £20? 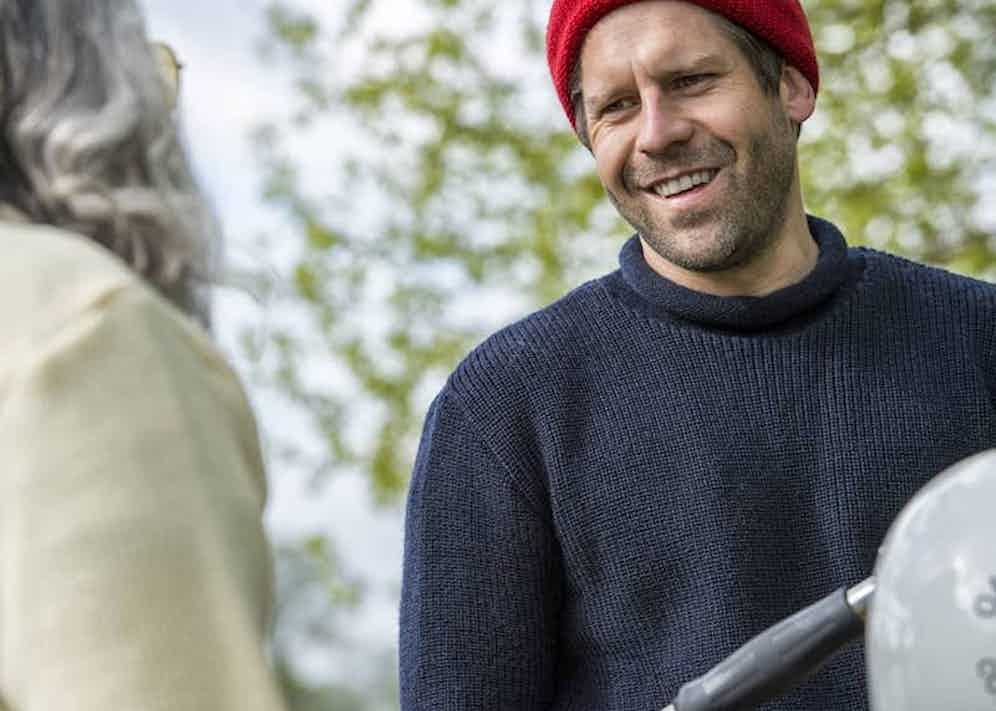 Sustainability is one reason: some of us (though many more are needed) have moved on from the notion of basics being effectively disposable - a short-term, soul-destroying line of thought encouraged by fast fashion’s counter movement of pricing such garments preposterously low, such that it hardly mattered if a t-shirt lost its shape or discoloured after the first wash.
With textiles consumption responsible for some 10% of the EU’s environmental impact and with over half of clothing ending up in landfill, buying less and better is the ethical choice. And that’s not to overlook the social impact: ask yourself where the profit can possibly be in a £5 t-shirt - and there’s always profit - and the answer is in squeezed worker pay and dodgy working conditions.
But the rise of the super-staple also reflects our broadly more casual way of dressing: clothing that used to worn off-duty is increasingly worn in almost any setting - we no longer save our bucks for ‘statement’ pieces while relegating expenditure on basics to a second thought. Clothing that used to be hidden under other clothes is now centre stage; or, like accessories, have become deserving of more attention for the distinction they bring to attire. If, as mother would warn, you can tell a man by his shoes, perhaps today his socks are more revelatory.
With that has come a commensurate rise in clothing quality standards - even for our ‘basics’. This isn’t just because quality lasts longer - assuming you’ve wisely paid over the historical odds for the labour that’s gone into a garment, rather than the label that’s been sewn onto it - and so offers better overall value. It’s because it also typically offers a better fit and, what’s just as important in garments typically worn next to the skin, feel. 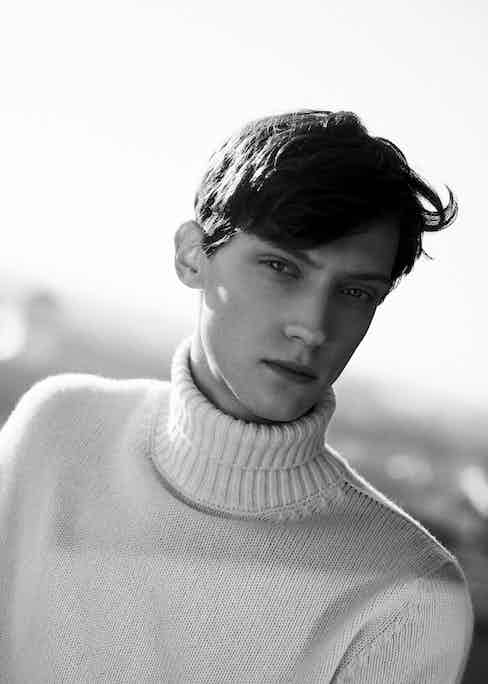 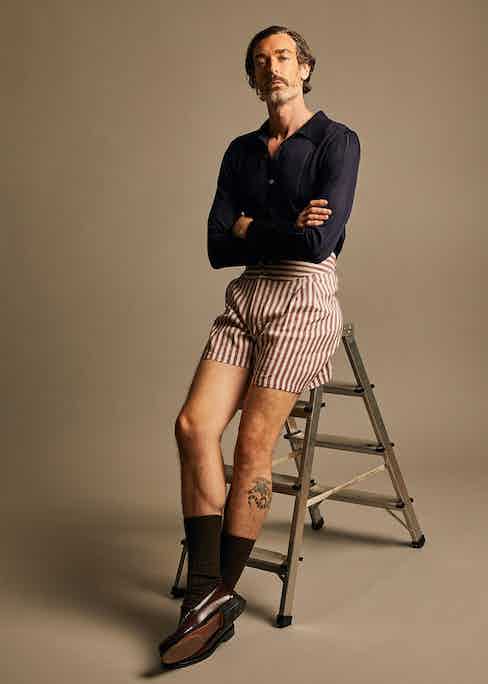 Rightly such products have to be fantastically well made to justify the prices. That Ka/Noa t-shirt, for example, sees the jersey yarn-dyed from mako cotton and assembled with invisible stitching. Or those Pantherella socks, put together slowly and so expensively with a 240-needle construction, in a fine micron wool of a quality more typically used in better suiting and with the toe part hand-linked so as to be seamless. But all so that it’s durable and machine-washable too.

Such standards may not be something a super-staple shouts - on anything less than a detailed examination, a white t-shirt tends to look like any other white t-shirt - and that means such products are not the kind that everybody gets. For some there’s a touch of emperor’s new clothes about it all. But for those that do get it, the experience and enjoyment is in the wearing. One might even make claims to such products providing a touch of personal validation in an uncertain world: because you’re worth it.
Maybe this explains why the clothing business is seeing the launch of more and more brands built less on a lifestyle as a focus on a specific product category: a bid to make the very best of its kind, rather than to attempt to make a little of everything. That, of course, is precisely the kind of approach that might be said to appeal especially to the male mindset, not just because menswear is less subject to seasonal shifts in trends, and so freer to put longevity first, but because men are partial to the anorakish attention of the specialist.
And to the thrill of the hunt. For basic basics are everywhere. But basics of a certain premium, that are simple without being entirely generic, are still hard to find, precisely because - for the time being at least - demand remains so particular. That too means we’re readier to pay for them when we find them. All basics are equal? Some basics, it seems, are more equal than others.