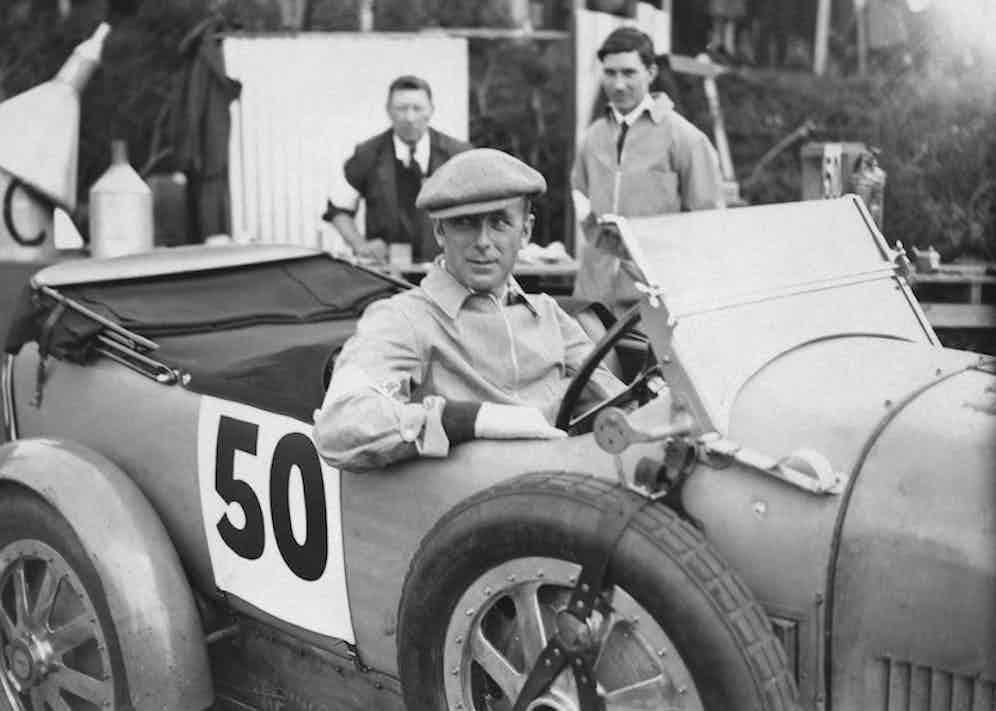 Curzon at the wheel of his car during the RAC International Tourist Trophy Race, 1928. Photograph by H. F. Davis courtesy of Getty.

The family after whom the Mayfair street running from Park Lane to Berkley Square is named has a motto: “What Curzon Has, Curzon Holds”. And when it came to his reputation for skill, robustness and sheer derring-do, one Francis Richard Henry Penn Curzon, 5th Earl Howe, lived up to this adage with gritty determination.

The Grand Old Man of Motor Racing, as he came to be known, first took to the track in the cockpit of a Bugatti Type 43 at the ripe age of 44 – long after most motorsport professionals, even between the wars, would have retired. By now, he’d completed his family's traditional service in the Navy, serving as Commander Viscount Curzon during World War I (he took part in the ill-fated Gallipoli endeavour, and also served one of King George V’s aides). The race in question was the 1928 Irish Tourist Trophy at Newtownards, and Howe averaged around 70mph per lap of the rural course before a ruptured fuel tank ended his race.

Howe, who was educated at Eton and Christ Church, Oxford, had also waved ‘cheerio’ – for the time being - to a career in the Commons (in the 1918 General Election, he won the Battersea South seat, standing for the Conservative Party) in order to make tearing up the track his full-time calling, and his racing career began in earnest when he began to contest the gruelling 24 Hours of Le Mans on an annual basis, winning it in 1931 against a field of Talbots, Aston Martins and Mercedes-Benzes, despite – and this is an anecdote that neatly illustrates the now all-but depleted romance of motor sport’s golden age – the Alfa Romeo being driven by himself and Sir Henry Birkin suffering burned pistons from being run on pure benzene the day before, and requiring an overnight emergency engine rebuild.

From then on, Howe seemed unable to win a race without drama. Shortly after that, he captured the Grand Prix de Dieppe in a 1.5-liter Delage, despite an early crash which walloped eight Bugattis out of the race. The Delage itself was written off in a 1933 crash at Monza in which Howe was unhurt. He pranged – to use a euphemism – an MG Magnette at the 1935 Mille Miglia, and was involved in the most serious crash of his career at Brooklands a couple of years later, while tussling for pole position with Prince Bira of Thailand, only to return to the same hair-raising circuit the following year and achieve a personal best lap of more than 108mph.

"A bona fide Mr Toad when not competing, Howe would often pootle up to the House of Lords in one of his two Fiat 500s, then enter the Westminster fray in his racing colours."

By the time World War II effectively terminated his career, Howe was a five times British motor racing champion, on top of the triumphs at Le Mans and the Mille Miglia. And his antics off the track were even more dazzling. A bona fide Mr Toad when not competing, Howe would often pootle up to the House of Lords in one of his two Fiat 500s, then enter the Westminster fray in his racing colours. In the mid-1930s Time magazine, with the delicate rhetoric typical of an age during which ostentatiousness was anathema, described his collection of racing cars as “Europe's most elaborate”.

He was also involved in the mischievous exploits of the Bentley Boys, one of whom was the very same Birkin with whom he won Le Mans. He served as President of the British Racing Drivers' Club, which he’d co-founded with Dudley Benjafield in 1928, until his death in 1964. In keeping with blue-blooded indifference to the perils of homozygous zygotes, he was wedded to his cousin Mary Curzon for three decades (their daughter, Lady Sarah Curzon, married Formula One driver Piers Courage, then, following Courage’s death in the 1970 Dutch Grand Prix, wedded zoo and gambling entrepreneur John Aspinall).

After the war, Howe was instrumental in backing 500cc formula racing, which went on to produce greats such as Stirling Moss. He was instrumental in the organising of the first British Grand Prix, at Silverstone in 1948 and, following his passing, the BRDC named one of its most prestigious awards, the Earl Howe Trophy, in his honour.

But Howe’s true memory is not best evoked by any number of baubles or bromides, nor the high society hob-nobbing of his lineage (his great-granddaughter Cressida Bonas is an ex belle of Prince Harry’s). Rather, his greatest legacy is his contribution to our collective fond memory of a time before motorsport decided its soul was dispensable, and took on a Faustian pact with technology. 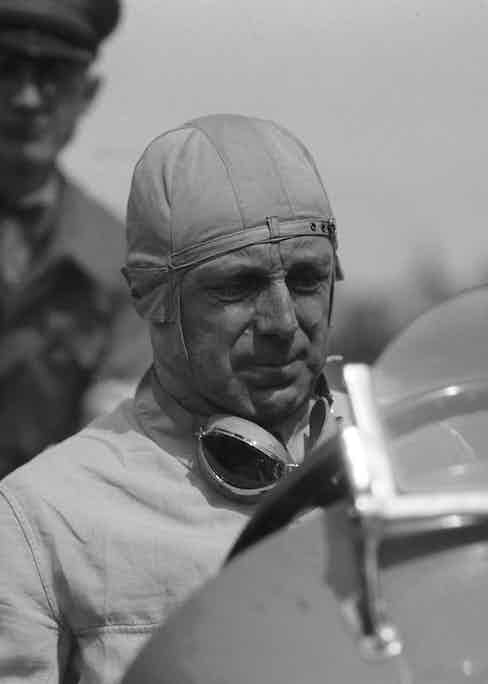 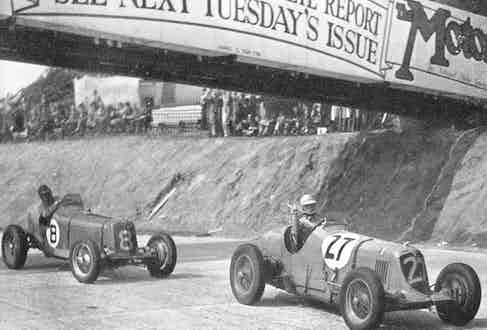 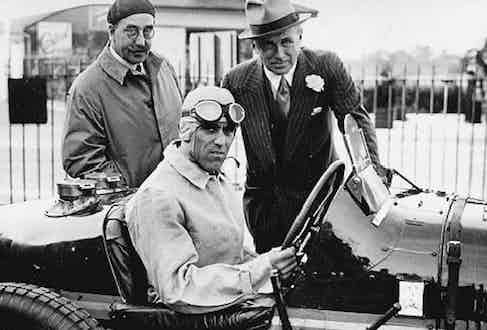 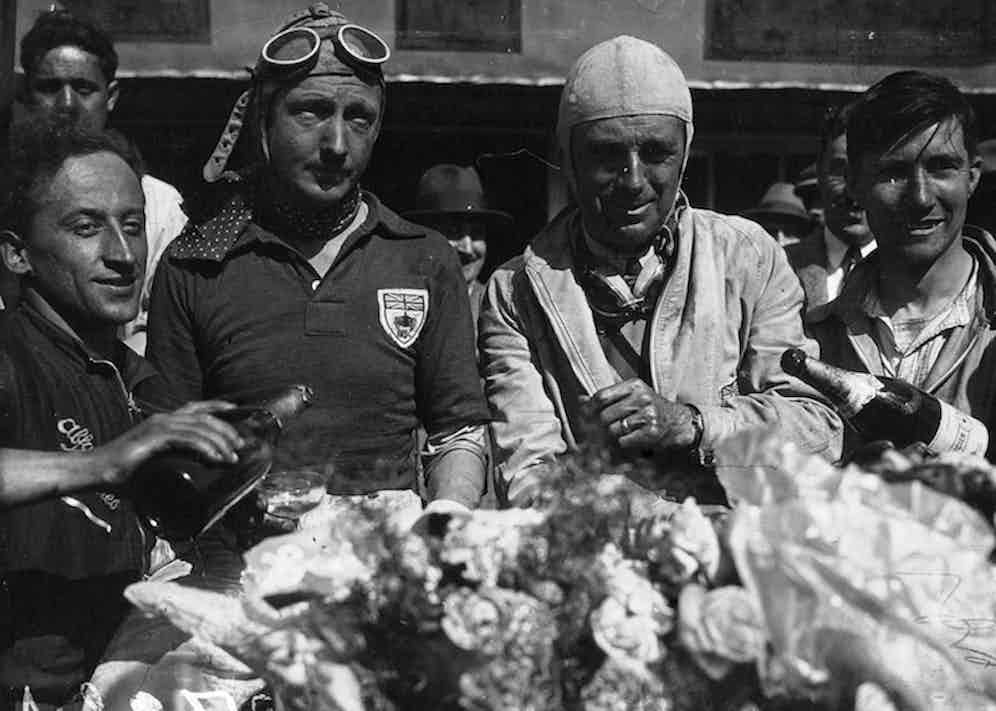 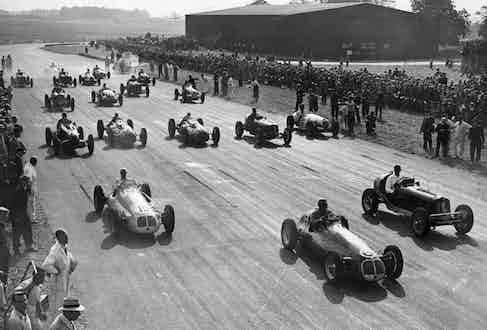 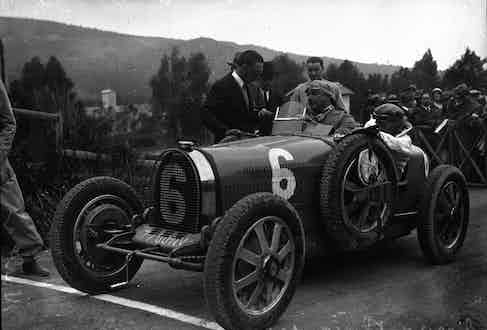