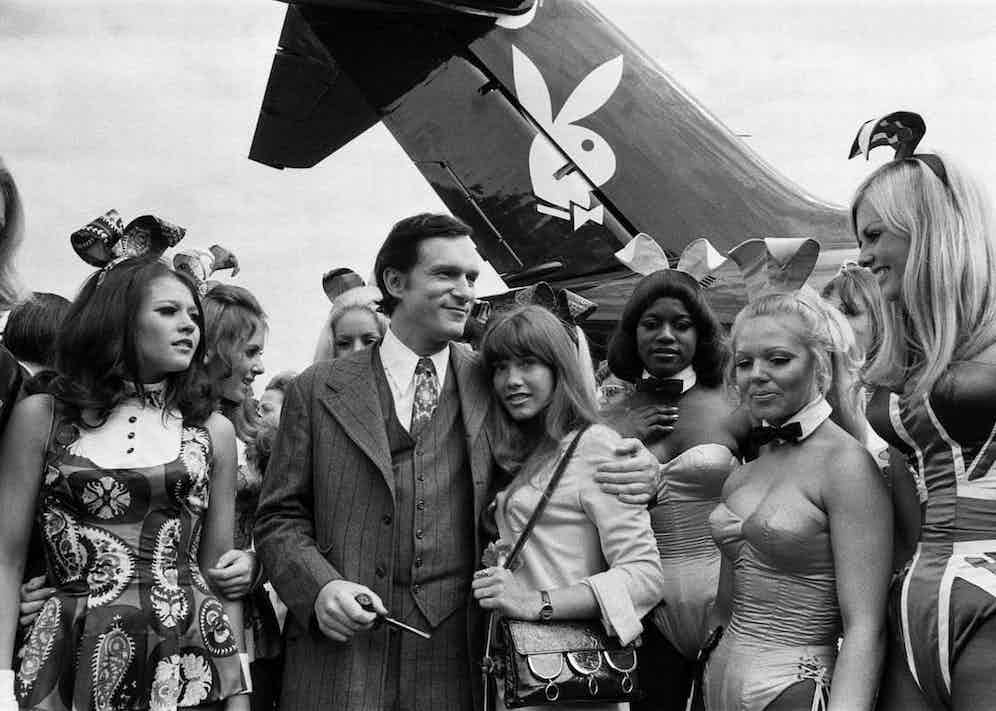 According to theWashington Post’s obituary of the 91-year-old publisher, who died last week,Hugh Hefner “turned the world on to sex. As the visionary editor who createdPlayboymagazine out of sheer will and his own fevered dreams, he introduced nudity and sexuality to the cultural mainstream of America and the world.”

Sexually-charged shots of scantily-clad girl-next-door types may have been central to the magazine’s appeal. ButPlayboy, which at its peak in the 1970s sold seven million copies per issue, wasn’t designed to deliver mere titillation, and Hefner always resisted being described as a pornographer. The publication was intended as a well-rounded reflection of the life and enthusiasms of a modern, urbane (very probably heterosexual) gentleman — women being just one of them.

“We enjoy mixing up cocktails and an hors d’oeuvre or two, putting a little mood music on the phonograph, and inviting in a female acquaintance for a quiet discussion on Picasso, Nietzsche, jazz, sex,” Hefner wrote of his imaginedPlayboyguy in the 1953 debut issue. This he’d cobbled together in his Chicago kitchen after quitting his job as a copywriter forEsquire, and loaning a few thousand dollars from family and friends to cover the expenses of launching what would turn out to be one of the most influential magazines, and brands, of all time.

It’s safe to say that there would be noRakewere it not forPlayboy, which reshaped not only men’s magazine publishing, but the very idea of contemporary manhood. In aNew York Timesop-ed following Hef’s death, under the headline ‘How Hugh Hefner Invented the Modern Man,’ historian Amber Batura wrote, “The masculine ideal of (the 1950s) was narrowly defined: aloof, outdoorsy, a breadwinner, ‘manly’. Showing too much of an interest in culture, fine food or travel was anathema. Mr Hefner felt trapped by conformity and designed a magazine that promoted a very different idea of what made an individual a ‘man’ through its features and advice on clothing, food, alcohol selections, art, music and literature.” 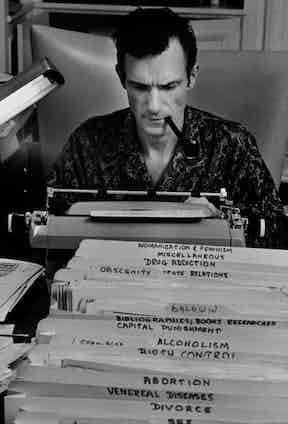 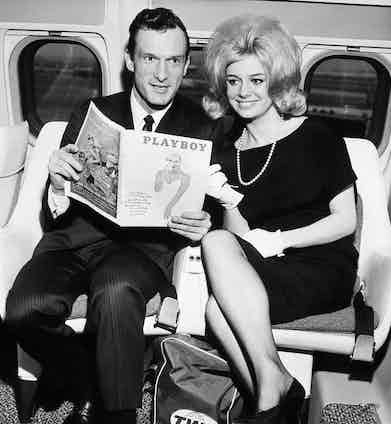 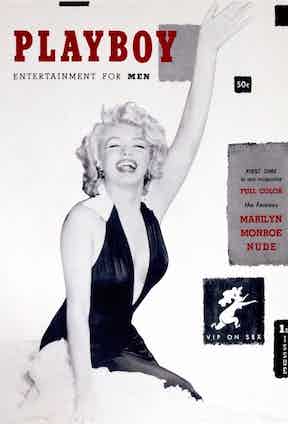 Regularly expounded in print, Hefner’s‘Playboy Philosophy’ championed personal liberation and a variety of social causes, including racial equality, drug law relaxation, women’s rights and gay rights. In a 2002 interview, Hef toldEsquire, “In the 1950s and ’60s, there were still states that outlawed birth control, so I started funding court cases to challenge that. At the same time, I helped sponsor the lower-court cases that eventually led to RoevsWade.We were theamicus curiaein RoevsWade,” the landmark decision by the United States Supreme Court on the issue of abortion.“I was a feminist before there was such a thing as feminism. That’s a part of history very few people know,” Hefner said.

The nationwide string of members-only Playboy Clubs, which for a time were America’s largest entertainment employer, fought segregation by booking black performers, hiring men and women of all races, and operating an integrated membership policy. When Hef discovered, in 1961, that clubs in Miami and New Orleans had instituted segregation, he bought them back from the franchisees, firing off an angry memo that made plainPlayboy’s intolerance of racism: “We are outspoken foes of segregation [and] we are actively involved in the fight to see the end of all racial inequalities in our time.” After Hefner’s death, his friend Reverend Jesse Jackson tweeted, “Hugh Hefner was a strong supporter of the civil rights movement. We shall never forget him.”

Although waitresses at the clubs were certainly objectified — pressed to date VIP members, forced to wear revealing, too-tight bunny costumes and totter around in vertiginous heels (as detailed in a famous undercover exposé by feminist author, Gloria Steinem) — they were also encouraged to attend college and reimbursed tuition fees. Steinem’s fellowfeminist theorist Camille Paglia has praised Hefner as “one of the principal architects of the modern sexual revolution”. Hefner opined inEsquire, “Women were the major beneficiary of the sexual revolution. It permitted them to be natural sexual beings”.

Professor Elizabeth Fraterrigo wrote in her book,Playboy and the Making of the Good Life in Modern America,“Playboystood on common ground with the liberal elements of the women’s movement,” notably in challenging the “family wage ideology that insisted on responsible husbands and fathers caring for financially dependent homemakers.” Hefner certainly didn’t bring up his own children to think ‘a woman’s place is in the home.’ His daughter Christie remains the longest serving female chairman and CEO of a public company in the US, having fulfilled that dual role at Playboy Enterprises from 1988 to 2009. 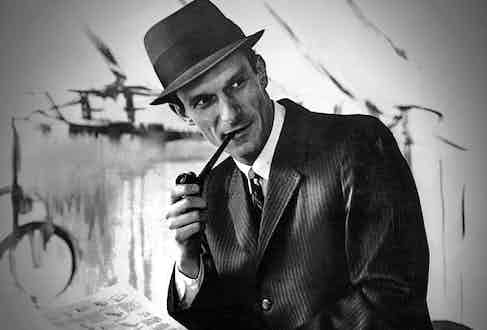 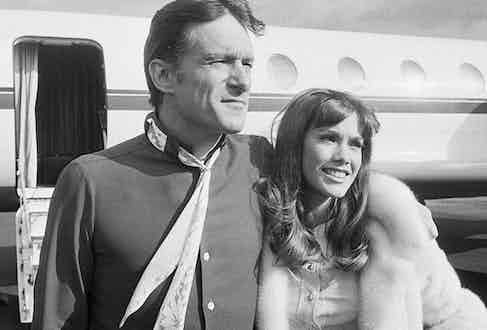 Hefner’s support for gay rights stretches back toPlayboy’s earliest days. In 1955, the magazine published a science-fiction story set in a world where homosexuality is standard and heterosexuals are outcasts. A flurry of letters to the editor protested the piece, and Hefner responded by pointing out,“If it was wrong to persecute heterosexuals in a homosexual society, then the reverse was wrong too”.

In recent years, he’d been a vocal supporter of marriage equality. In a 2012 editorial, Hefner wrote, “The fight for gay marriage is, in reality, a fight for all of our rights. Without it, we will turn back the sexual revolution and return to an earlier, puritanical time. Today, in every instance of sexual rights falling under attack, you’ll find legislation forced into place by people who practice discrimination disguised as religious freedom.” He toldThe Daily Beast, “Without question, love in its various permutations is what we need more of in this world … The idea that the concept of marriage will be sullied by same-sex marriage is ridiculous. Heterosexuals haven’t been doing that well at it on their own.”

Through the Playboy Foundation he established in 1965, Hefner funded documentary filmmaking and non-profit organisations dedicated to battling censorship and protecting First Amendment freedoms. (The National Organization for the Reform of Marijuana Laws, or NORML, was born thanks to a seed grant from the foundation). He won a star on the Hollywood Walk of Fame thanks to his work preserving the Hollywood sign and multi-million dollar donations tothe UCLA Film & Television Archive and the USC School of Cinematic Arts.

Granted, Hugh Hefner did not grow old gracefully. The image of the begowned swinger that appeared so rakishly sophisticated on a younger Hef looked a tad sad on a wizened nonagenarian. Similarly, the mid-centuryPlayboyvision of sexual equality — with women as ‘liberated’ sex objects, providing men with pleasure — may have challenged prudish stereotypes in the 1950s, but feels rather antiquated today. The bedroom is not the only battleground in the fight for equality of the sexes, after all. Nevertheless, Hef spoke truth when he said,“I would like to be remembered as someone who contributed to, and changed the sexual and social values of my time. And I think my place within that corner of history is fairly secure.” 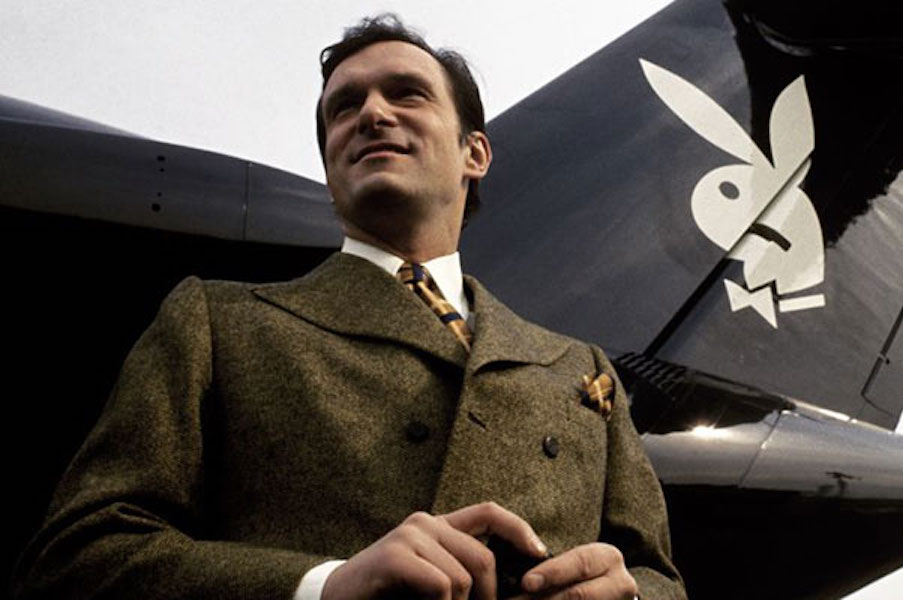 In the background, Hefner's custom design private plane featured a large round bed and employed 'bunnies' as air hostesses.