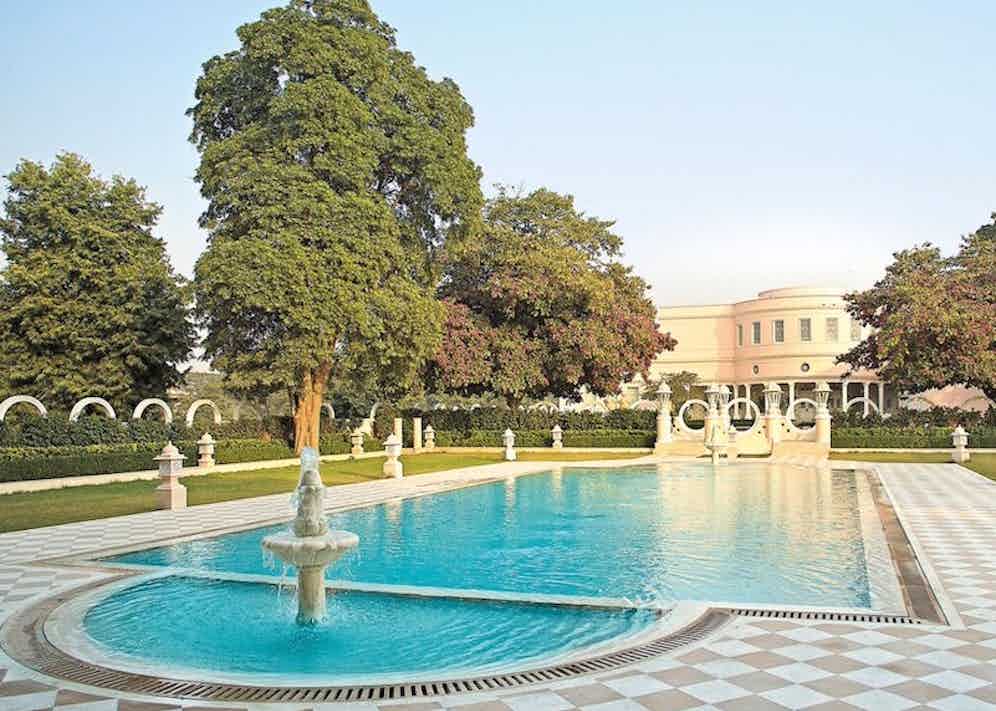 Looking to experience life like a Raj on your next trip to India? Then make your reservation at the Suján Rajmahal Palace Hotel in the magical capital city of Jaipur as you make you way through Rajasthan. The hotel was recently reopened a year ago after a fab refreshening from designer Adil Ahmad, hand picked for the project by the royal family of Jaipur.

The palace has had a long history. Built in palatial Indian style by the Maharaja in 1729 and flying the royal flag of the House Of Amber, it was known as the Amber Fort. The palace later became the official British residence in 1821 until 1947 when India became independent.

In 1958, his Highness Maharaja Sawai Singh II kept it as his private home and over the decades hosted some famous guests like Queen Elizabeth and the Duke of Edinburgh, Jackie O and countless British Royals.

It was a hotel from the 1980’s onwards and soon found itself losing a bit of its lustre. Fortunately, the hotel’s current redesign is an elegant one. Most of the palace's original details were painstakingly kept intact. There is a celebration of pastel colours (Jaipur is called the ‘Pink City’ after all) in every space. There are miles of custom-designed wallpaper in floral patterns and geometric shapes, and family heirlooms and possessions adorn the fifteen 'Royal' apartment suites.

The Art Deco pool is a great way to beat the Indian heat and there is a spa to indulge in-naturally. Breakfast is served in the 51 Shades of Pink dining room staffed with waiters in starched white jackets and pale pink turbans. The orient Occident restaurant celebrates the traditional cuisine of the Jaipur region (and is a favourite of the Queen Mother). I would not miss G&T’s in the Jasmine scented Polo Bar surrounded by photos and ephemera of Jaipur’s great polo tradition.

Though staying in a hotel that was formally a royal palace is nothing new in India, the Suján Rajmahal Palace is redefining the category of palace hotel. 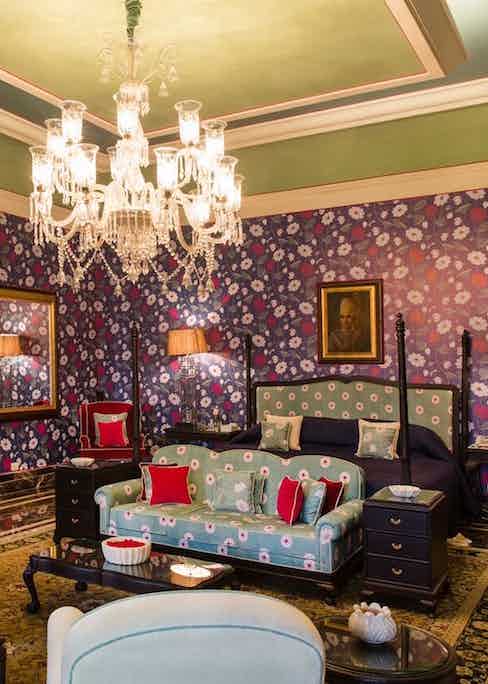 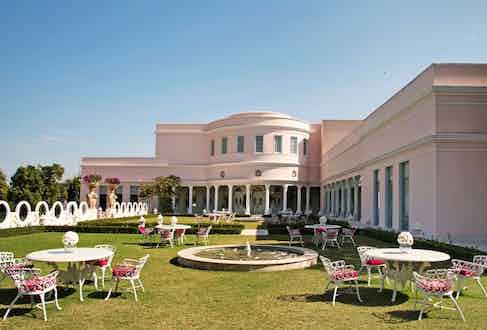 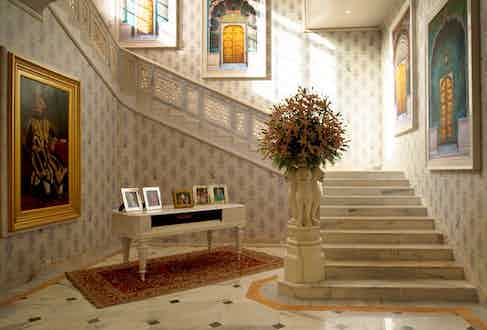 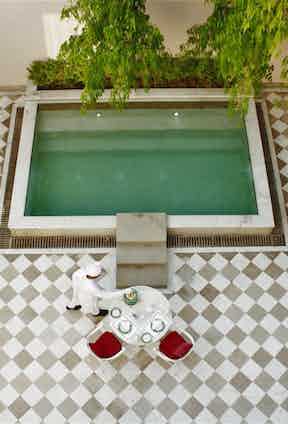 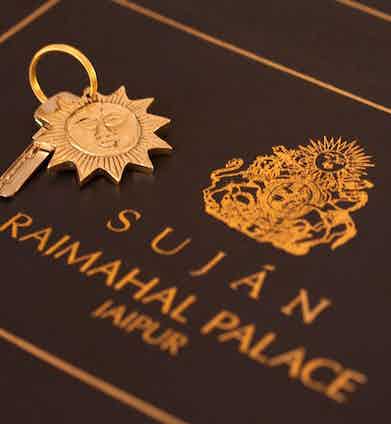 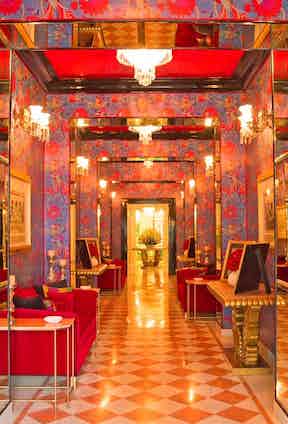 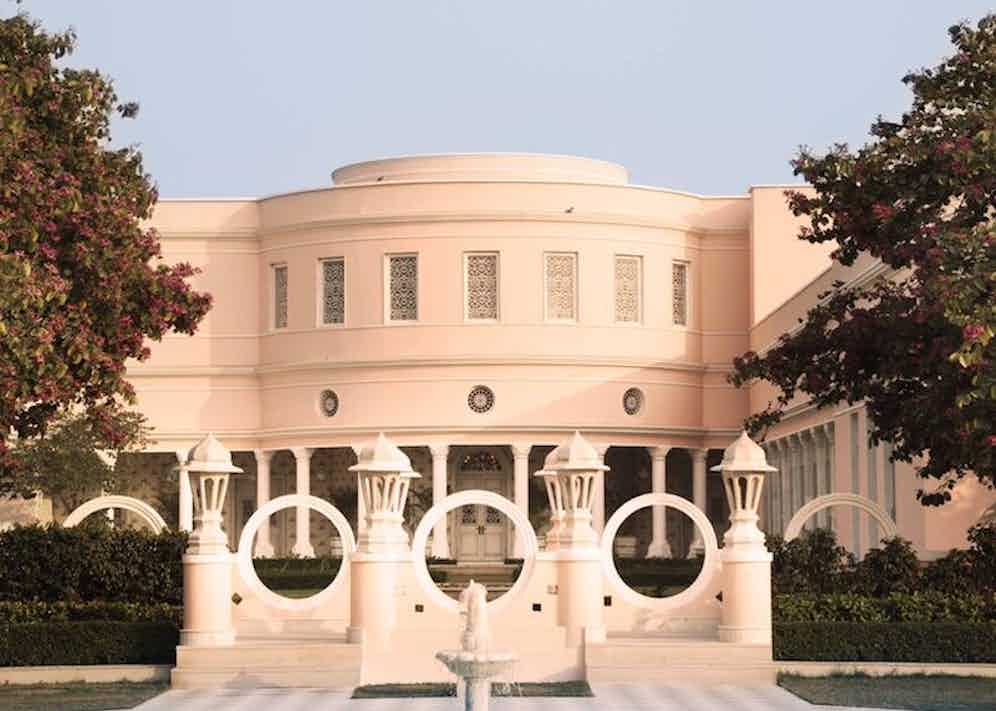 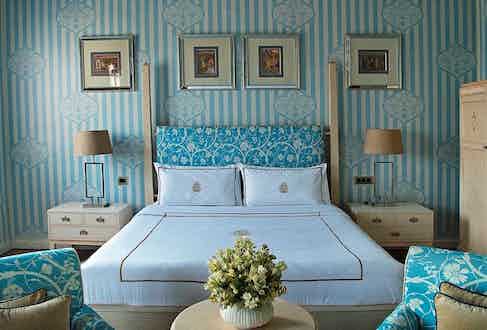 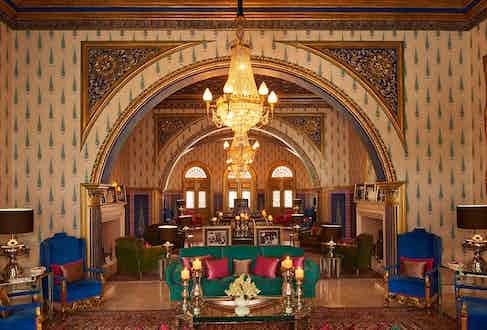 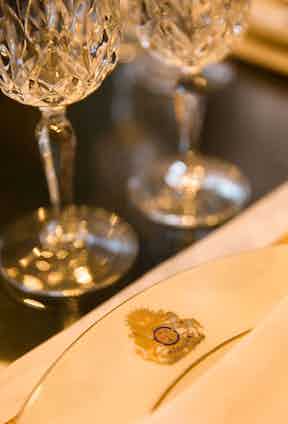 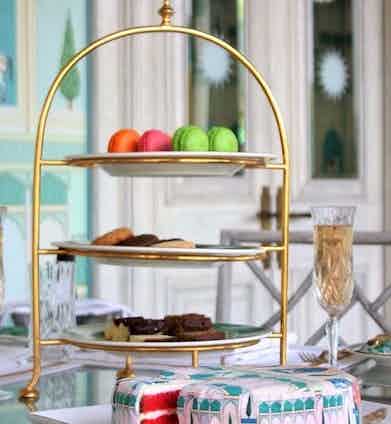 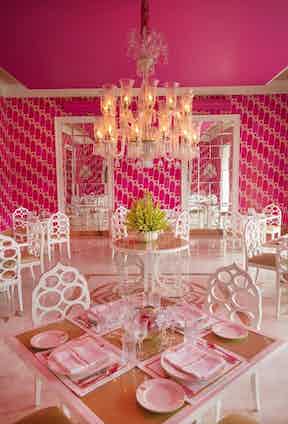 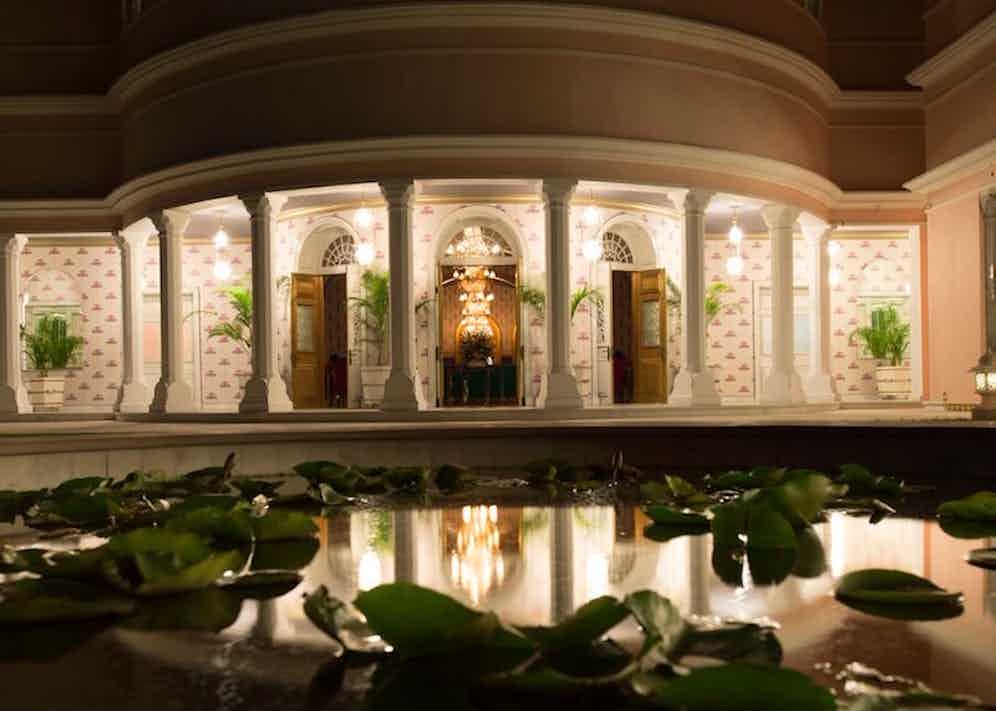 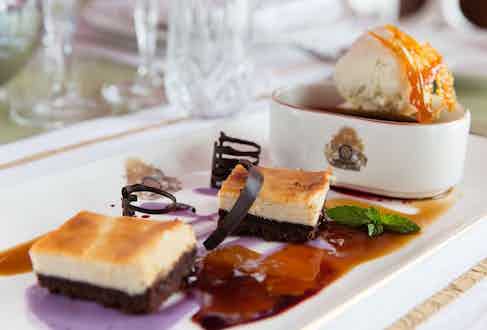 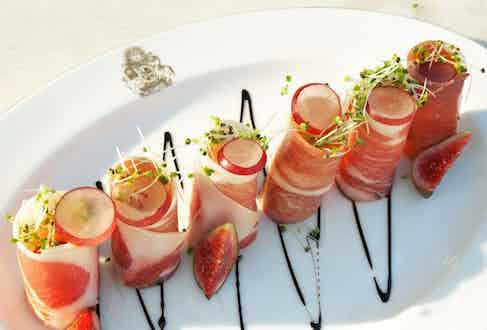