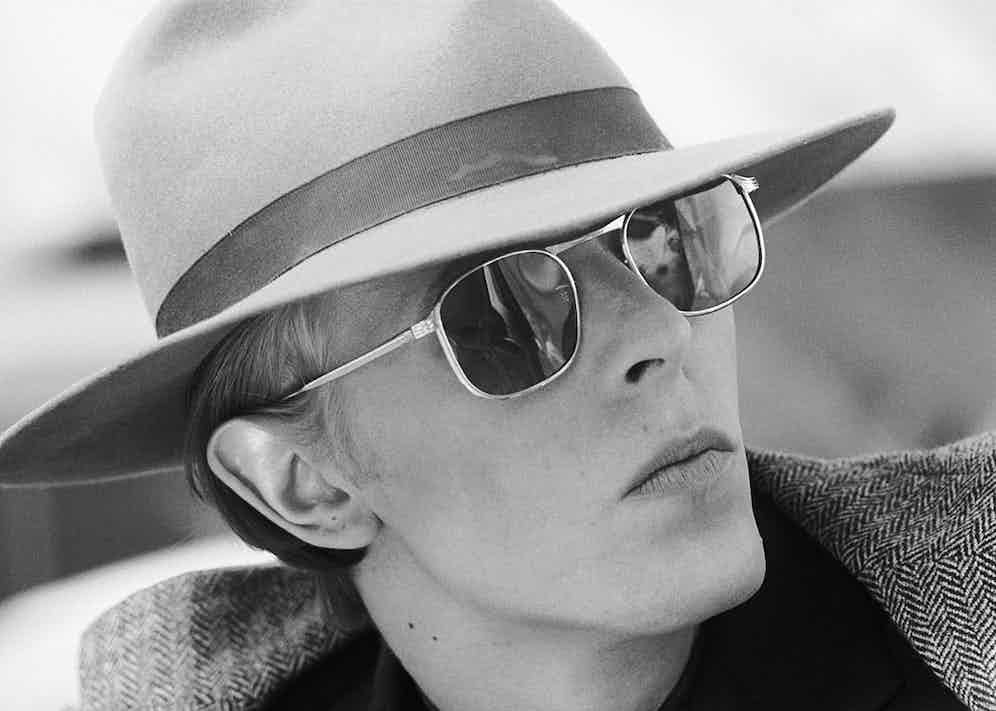 David Bowie's boyish androgyny brought an eerie innocence to his role as Thomas Jerome Newton in Nicolas Roeg's 1976 film, The Man Who Fell to Earth. Photograph by Getty Images.

Conceptually daring, experimental, avant-garde – epithets that could equally well apply to the 1976 sci-fi cult classic The Man Who Fell to Earth, its idiosyncratic director Nicolas Roeg, or its leading man, the Thin White Duke himself, Mr. David Bowie. In his first (unless you count his 1969 promo film Love You Till Tuesday) and arguably best (expecting his masterful turn as Jareth the Goblin King in 1986’s Labyrinth, of course) film role, Bowie plays Thomas Jerome Newton, a Starman of sorts who falls to Earth in order to find the technology to save his dying home planet. Before long, however, Newton is sucked headfirst into the rampantly materialistic whirlpool of 1970s American capitalism, and the pleasures of the flesh (sex and drugs feature heavily in the film) soon distract him from his mission. His hedonism has rendered him a depressed alcoholic by the end of the film – albeit a ravishingly handsome one and with buckets of cash and a Dorian Grey-esque youthfulness. It’s actually not a bad look.

Despite never being intended for a mass market, the film has remained popular for over 40 years for its indisputable artistic merit, its ambient soundtrack, and its surreal cinematography. But if the film deserves to be remembered for anything, it’s for showing that it would take more than a crippling cocaine addiction and an almost anorexic diet of milk and peppers to stop David Bowie looking absolutely fantastic on camera. It’s often forgotten that Bowie dressed himself for the film, no stylists were involved. Roeg chose him specifically for the role and wanted Newton’s appearance to be authentically Bowie, a risky move bearing in mind that this was a man best known for skipping around a stage sporting nothing but a catsuit and red mullet. 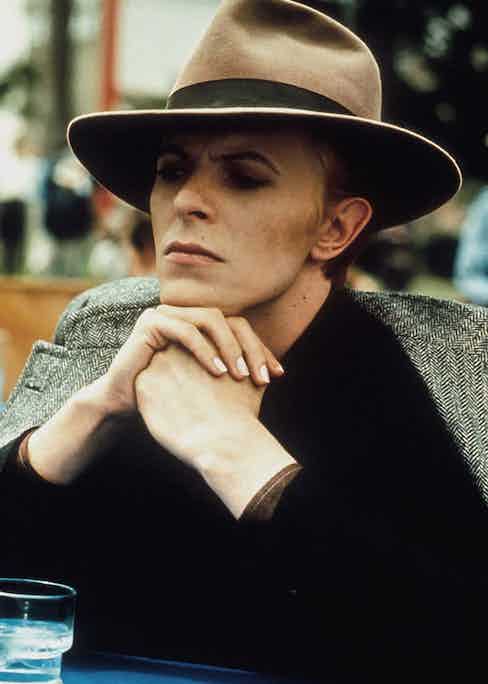 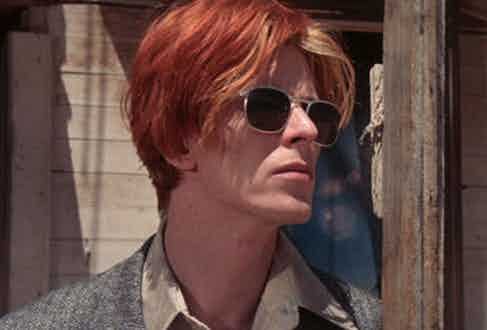 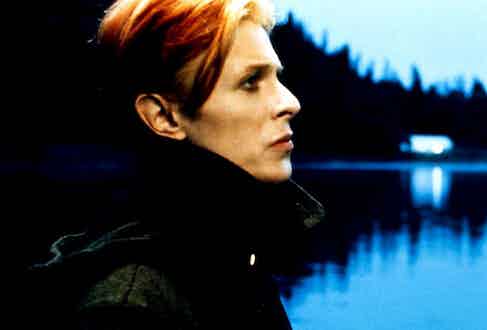 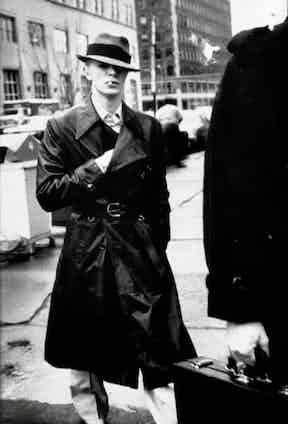 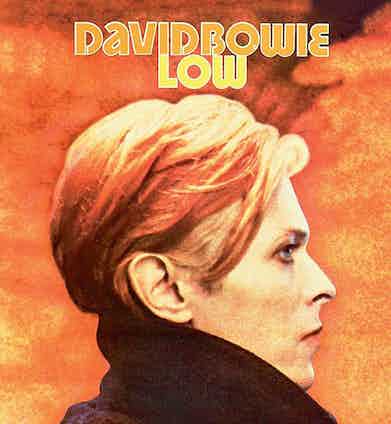 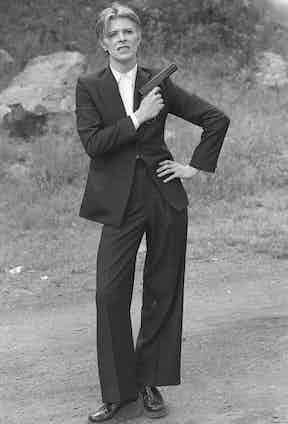 But this was 1976: three years since Bowie had hung up his cape as alter-ego Aladdin Sane. In the interim, Bowie had moved to America, won over the locals with the deep-voiced, blue-eyed soul of his Young Americans (1975) album, and grown tired of LA’s excesses. Bowie’s appearance as Newton is therefore a visual expression of a unique moment in his career, a moment of great personal anxiety and uncertainty that – it is easy to forget, knowing in hindsight that he was on the cusp of his ground-breaking Berlin trilogy – could easily have ended his career. The fact that the soundtrack Bowie produced for the film was rejected as musically sub-par is a telling insight into Bowie’s unstable condition. As are the lyrics to the title track of his Station to Station album released just before the film, which are steeped in occultism and a yearning for escape – and, of course, references to drug addiction (“It’s not the side effects of the cocaine/ I’m thinking that it must be love.” It was probably the cocaine, David.)

So while you can read the film as an allegory for the British musical invasion of America in the 1960s, a parable on the corruptive side-effects of capitalism, or a vicious indictment of global immigration; we prefer to take it as an uncanny glimpse into the strange fascination that Bowie’s life and times have always radiated. It’s no surprise that pop’s most consummate chameleon somehow reveals most of himself in his most far-fetched and stylised performances. Bowie reportedly never read the script for The Man Who Fell to Earth – and you should do likewise if you want to channel his otherworldly style in this film. Weighing under seven stone didn’t stop Bowie wearing wide-fitting suits and high-waisted trousers for his role, so you have no excuse not to experiment with fit and cut. Wearing your business shirt with buttons undone and a fedora to match is a bold sartorial move that exudes confidence. And of course, a big, bold coat such as Newton’s duffle or trench is essential.