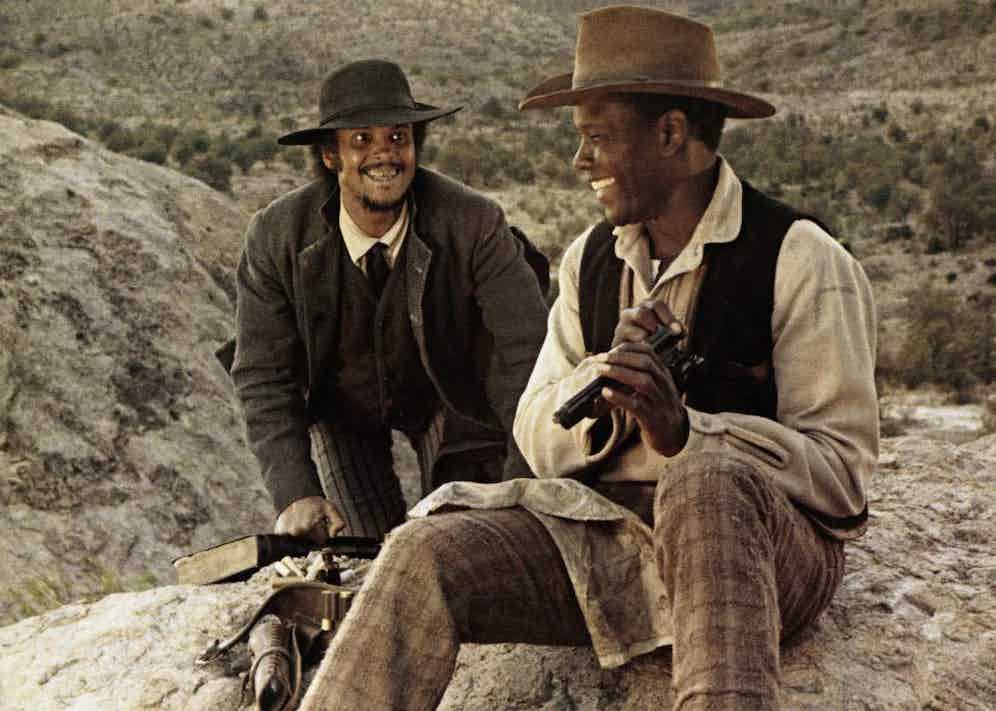 Harry Belafonte and Sidney Poitier star in the 1972 Western Buck and the Preacher.

Western films have long played a role in shaping style sensibilities, thanks largely to the distinctive costume code that the genre calls for – one reiterated time again through hallmarks such as hats, chaps, spurred boots and fringing.

Buck and the Preacher (1972) is no exception to this principle. The Blaxploitation film, which follows Sidney Poitier’s Buck in his attempt to lead freed slaves to settlements after the Civil War, may be – as is the Western tradition – action-packed and violent, but it also manages to endure as a superb exercise in classic cowboy styling.

Amongst all the typical Western action – shoot-outs, duels and galloping horses galore – are some seriously stellar outfits worth paying attention to. Of note is the wardrobe of Harry Belafonte’s character, a conman posing as a preacher, whose sophisticated approach to dressing offers up sufficient sartorial inspiration. Yet despite our fondness for the preacher’s silk necktie, pinstriped trousers and popped coat collar, it is our protagonist Buck, a rugged and tenacious ex-soldier, whose style we’re particularly inclined to channel in this instance.

As a cowboy on a mission, Buck dresses according to his profession, each item of clothing worn purposefully with nary a hint of frivolity. His day to day necessitates comfort and ease – as he negotiates with Native Americans, battles bandits and robs banks, the last thing he wants is to have to worry about what he’s wearing. As a result, his wardrobe is a marriage of functionality and style, consisting mostly of flannel shirts, corduroy and knit waistcoats, plaid trousers and a well-worn Stetson hat.

You may not hold down a day job as a cowboy, but you can still take styling notes from Buck. The key to avoiding looking like you’ve been rummaging around in the dress-up box is to keep your ensemble understated and modern. Santillo 1970 has you covered in the shirting department and New & Lingwood should be your go-to for a classic pair of quality-crafted check trousers. As for footwear, invest in a trusty pair of jodhpur boots that will take you from season to season. Accessorise as you please, but we recommend adding a coat, trilby and cashmere waistcoat, perfect for more formal occasions or as the weather starts to cool. Top it all off with a Buck-esque air of defiance and rebellious spirit, and you’ll be set to tackle whatever modern life throws at you – with guns blazing, of course.