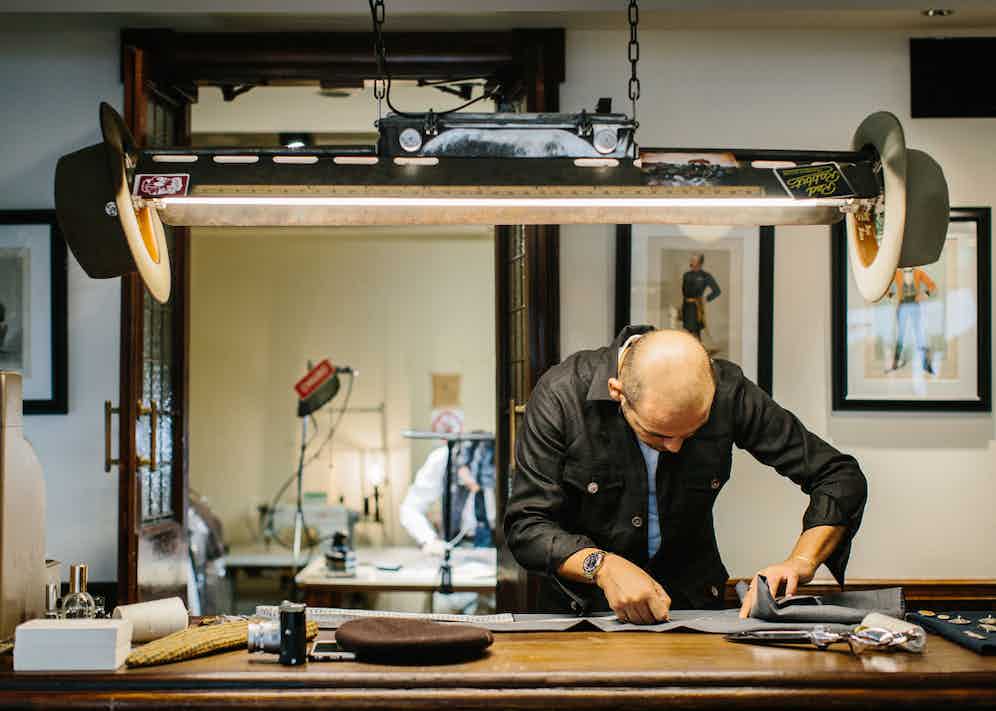 “I focus on working with people where I know the money I’m spending is going into the next generation of what in Japanese we call shokunin, which is an artisan, a craftsman. I’d like to know that there’s more of the shokunin coming up and being supported,” says Ethan Newton, cofounder of quality-centric men’s outfitter, Bryceland’s Co.

An alumnus of Ralph Lauren, Evisu and P.Johnson Tailors, and part of the team that built The Armoury, renowned Australian menswear figure Newton recently returned to his adopted homeland of Japan to start up Bryceland’s, headquartered in Jingumae, Tokyo.

Named in tribute to his family’s maternal line, the business’ core philosophy follows the Japanese concept of sampoyoshi, whereby a craftsman is paid fairly for his work by a merchant who sells the product at a reasonable mark-up to a consumer who receives a useful, well-made, value-for-money item. Everyone’s a winner, essentially. It’s a long-term approach that Newton believes will allow Bryceland’s to build a sustained business with a multi-generation customer base, while also fostering craftsmanship talent. (Suppliers and collaborators include Salvatore Ambrosi, Sartoria Dalcuore, Orazio Luciano, WW Chan, Ascot Chang, Saint Crispins, Sevenfold Florence, and Japanese tailor Yusuche Ono, a.k.a. Anglofilo, who plies his trade in the studio out back of the Bryceland’s shop.)

Newton explains that while working for Ralph Lauren “was a great privilege, and I greatly valued meeting him and spending time with him… it definitely gave me a perspective I didn’t have before,” he simply didn’t have the right temperament for a corporate role with a multi-billion-dollar global company. “It was soul destroying for me. I’m not a political person, I’m Australian so I’m not good at holding my tongue — if something is bullshit, I’m gonna say it’s bullshit.” So when the opportunity arose to bow out gracefully and move back to Japan, Newton seized it, and began conceptualising what would become Bryceland’s.

Through contacts at RL, Newton met his business partner, Kenji Cheung. “Kenji came from more of a corporate background, he works in a completely different field but had a similar perspective to mine,” says Newton. “He liked beautiful tailoring but also liked vintage workwear and military and things like that, so we got talking about it and I said, I’ve always had this dream of building a business, doing it properly, doing it in a way that isn’t necessarily gonna be hugely financially successful, but a business where that isn’t the goal. The goal is to be self-sustaining, where it will pay my salary, where I’m happy to work a job because I love the job I do — a job that’s gonna give me the freedom to do something good. Something that’s valuable, that contributes to the world I live in. Kenji fully agreed, and we said OK, shook hands on it and we threw all our money into a hat and said let’s see what we can do with this. Let’s build a business we’re both gonna be proud of, and that’s what Bryceland’s is.” 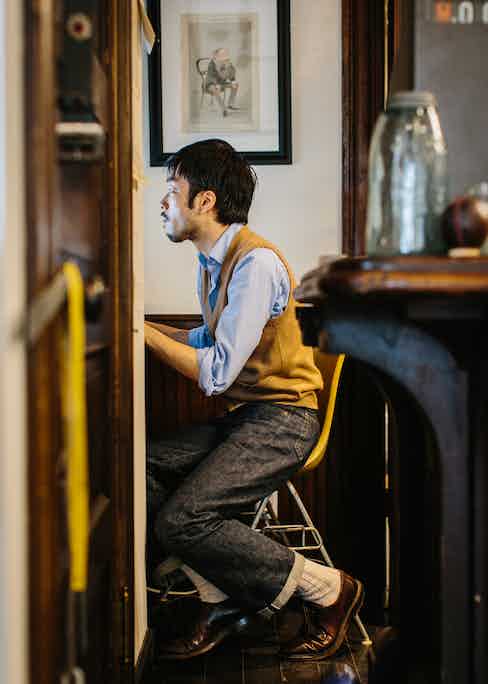 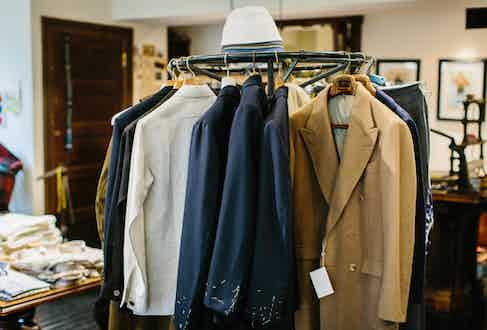 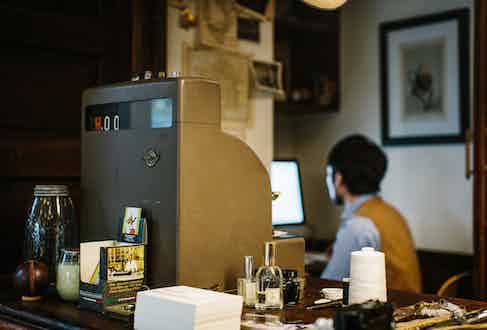 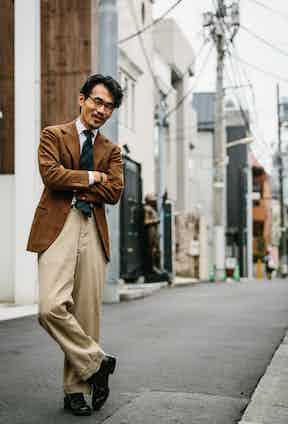 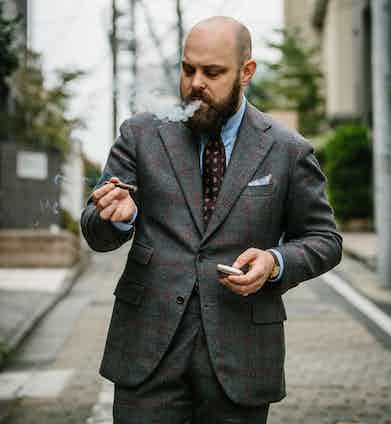 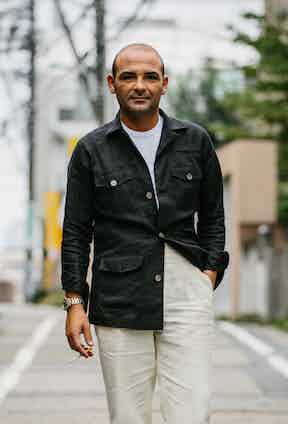 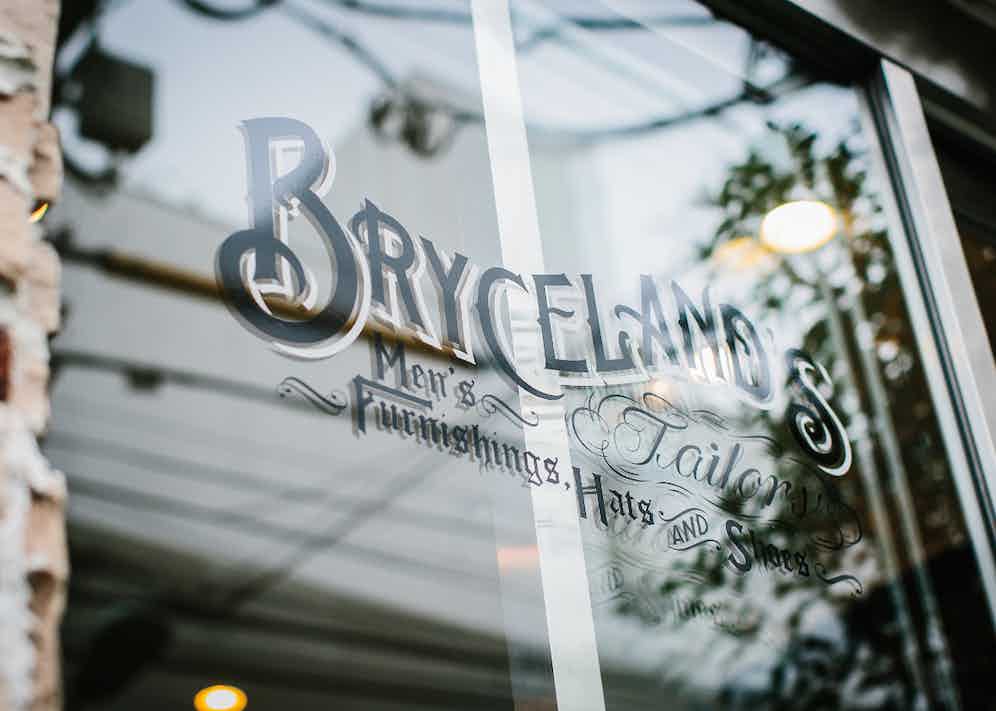 The idea was to create not only a long-lasting business, but long-lasting product. A fiend for vintage clothing since boyhood, Newton says, “If you’re making a product, you owe it to yourself to make it to the best possible quality so that 100 years from now someone’s gonna read the label and say, wow, that was something properly made. I don’t want to deal with shit. I don’t like cheap shit. It’s ugly. It’s pointless. I want good stuff… Cheap things are cheap for a reason — they don’t have value. Anything that’s overly cheap, every H&M t-shirt you buy, it’s basically like pulling a tissue from a box, you blow your nose with it and your throw it away. The world can’t sustain that sort of mentality.”

An investment-grade garment, says Newton, “is gonna be expensive. It has to be a certain level otherwise you don’t place any value in it.” And yet, while Bryceland’s product certainly isn’t bargain-priced, nor is it aimed squarely at the super-wealthy. The Bryceland’s customer is “not the privileged CEO. He’s not the silver spoon kid,” Newton says. “He’s the man that just wants to buy something of quality, and he wants to look masculine. He’s doesn’t want to look effete or peacockish, he wants to dress well, wants to have a beautiful suit to wear during the week, he wants his colleagues to acknowledge that he’s very well dressed, but it’s not the defining feature of who he is.”

Newton laughs at the ‘dressed by the internet’ #dapper #menswear crowd. “There’s definitely a trend in the world right now that you see a lot of young guys who are getting into menswear, and you see them on Instagram walking on the beach in a three-piece suit, or climbing Mt Fuji in bespoke trousers — c’mon, guys, there’s a time and a place for everything.” He says the Bryceland’s chap knows his sartorial stuff, but “on the weekend he’s gonna be able to put on a pair of topsiders and jeans, a t-shirt and a leather jacket, and still look put-together.”

Extreme dandyism may be silly, but the constant changes of season-to-season fashion are downright foolish, Newton says. “There was a tailor I worked with who was hugely influential on me, named Karl Sussmann — he was the right hand man of John Cutler at JH Cutler in Sydney. He always described the whims of fashion as being on a pendulum: super short, then super long; 1980s versus 1990s, massive and full versus tiny and slim; very over-the-top, very sedate. In the middle is the right place to be. That’s where it’s been forever. You look at any well-dressed, well-heeled man for the last 50 years, and there’s not much difference in their style. They’ve been dressing the same way forever, because it works.”

The great thing about menswear, Newton says, is that “you have, with a few wrong turns along the way, a fairly continuous, consistent pool of knowledge that starts with the origin of the two-piece suit up until today of constantly refining: If you’re this height, you have this sort of shoulder width. If you have short legs, you wear your trousers this high. If you’re this complexion, you should wear these colours. If you’re going to a certain occasion, this is what you should wear. It’s very easy to learn from the mistakes and the successes of others what’s gonna look good.”

He continues, “There are people who’ve created more than an art, more than a science in the way they tailor. I’ve stood there and watched Antonio Liverano, who’s 79 years old, he’s been cutting jackets since he was 12. He’s been through the peacock revolution, through 1970s flared trousers, 1980s Wall Street excess, through 1990s complete sparseness. He’s seen through all of it and has cut through all of it, he has more knowledge than you could imagine — and he’s cut exactly the same way since he started. There’s a science there that works. Why challenge it? We don’t need to.”

Keep it classic, dress for who you are — “your body, yourcomplexion, your personality, your position in society, your job” — and you can’t go wrong, Newton says. That’s the Bryceland’s way: “Dressing who you are with masculinity and elegance, no visible branding, nothing overly flashy, with as much quality as possible and nothing that could be considered throwaway or disposable. I hate the idea of disposable fashion. I want my business and my product and myself to improve with age. To age with dignity.” 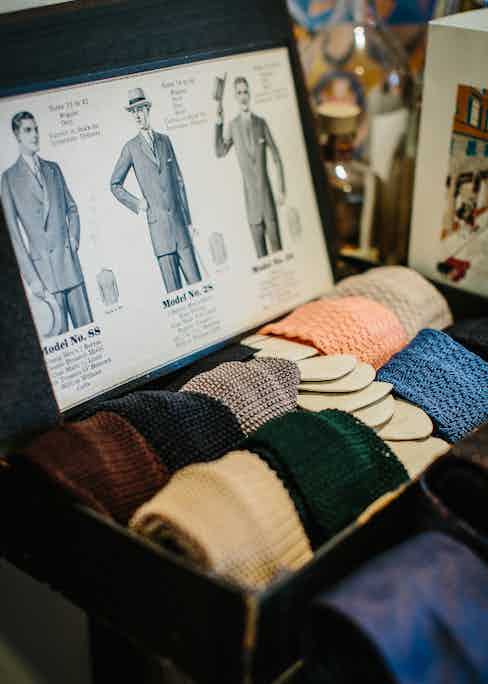 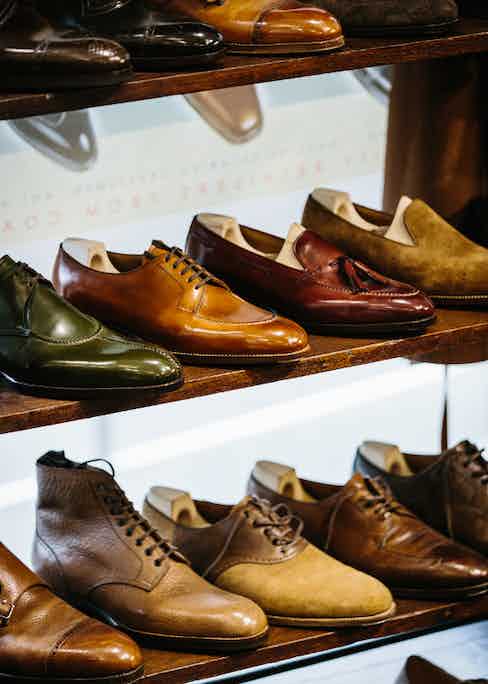 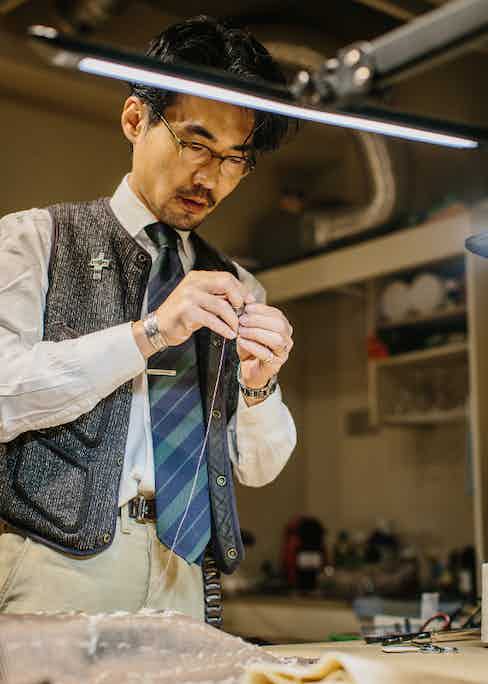 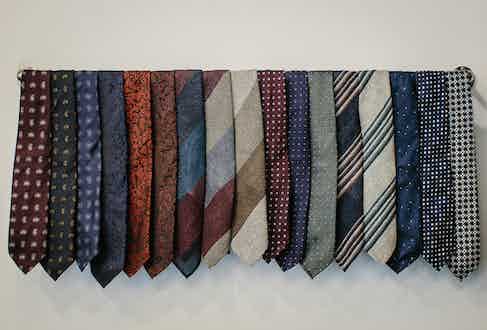 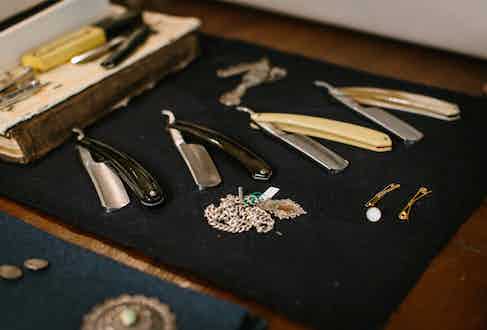